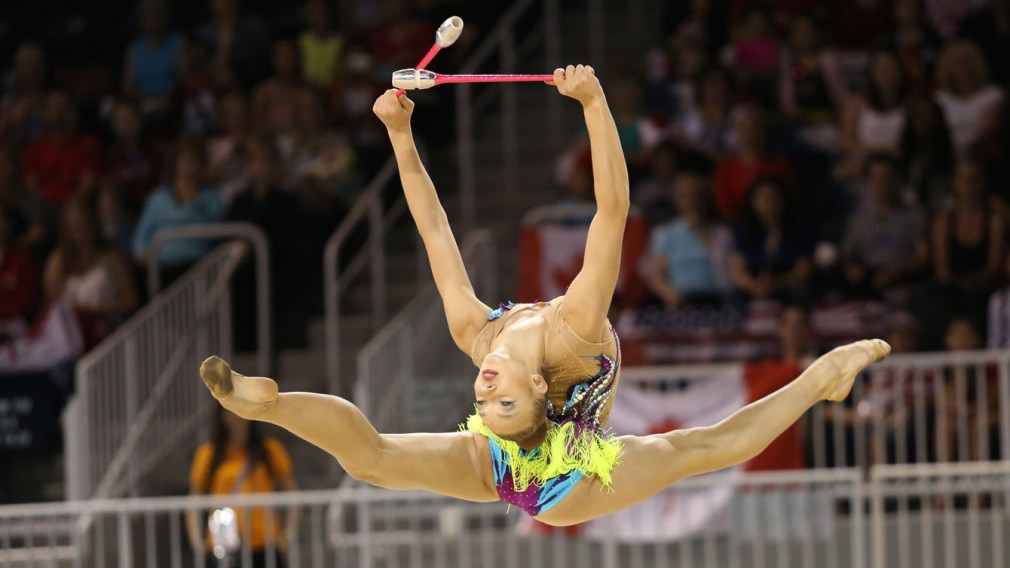 Canada concluded the rhythmic gymnastics competition on Day 10 with a pair of medal performances as Patricia Bezzoubenko claimed silver in the individual clubs while the group won bronze in the clubs/hoops final.

Bezzoubenko, a bronze medallist in the individual all-around, finished second to American Laura Zeng who won gold in all five of the individual events at Toronto 2015. The Canadian, who won five gold medals herself at the 2014 Commonwealth Games, was the first competitor of the clubs final, but her score of 15.933 held up for the podium finish. 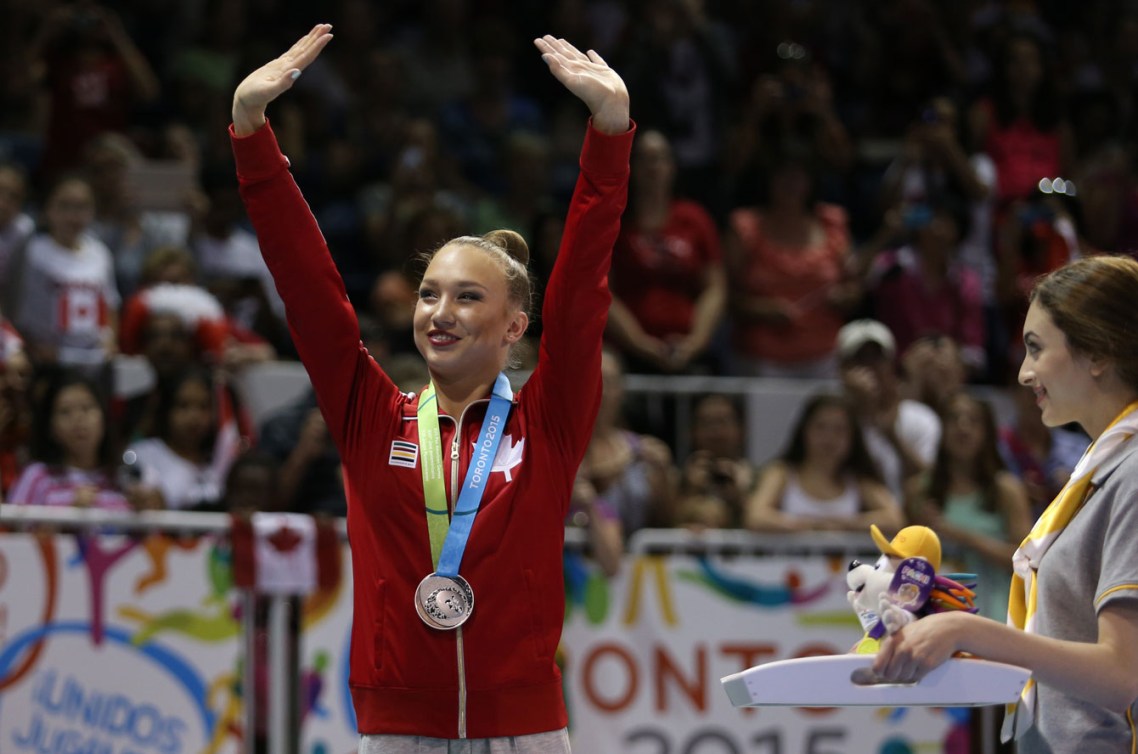 Bezzoubenko later finished fourth in the individual ribbon routine to conclude her first Pan Am Games.

Throughout her competition, the Canadian crowd cheered every time she tossed and caught her apparatus, particularly in the ribbon final. The support, while welcome, had been a little overwhelming in the first few days as she wanted to show the home fans what she was capable of.

“The crowd is good. Today I felt good about it. Today I was just ‘whoa that’s cool’.” 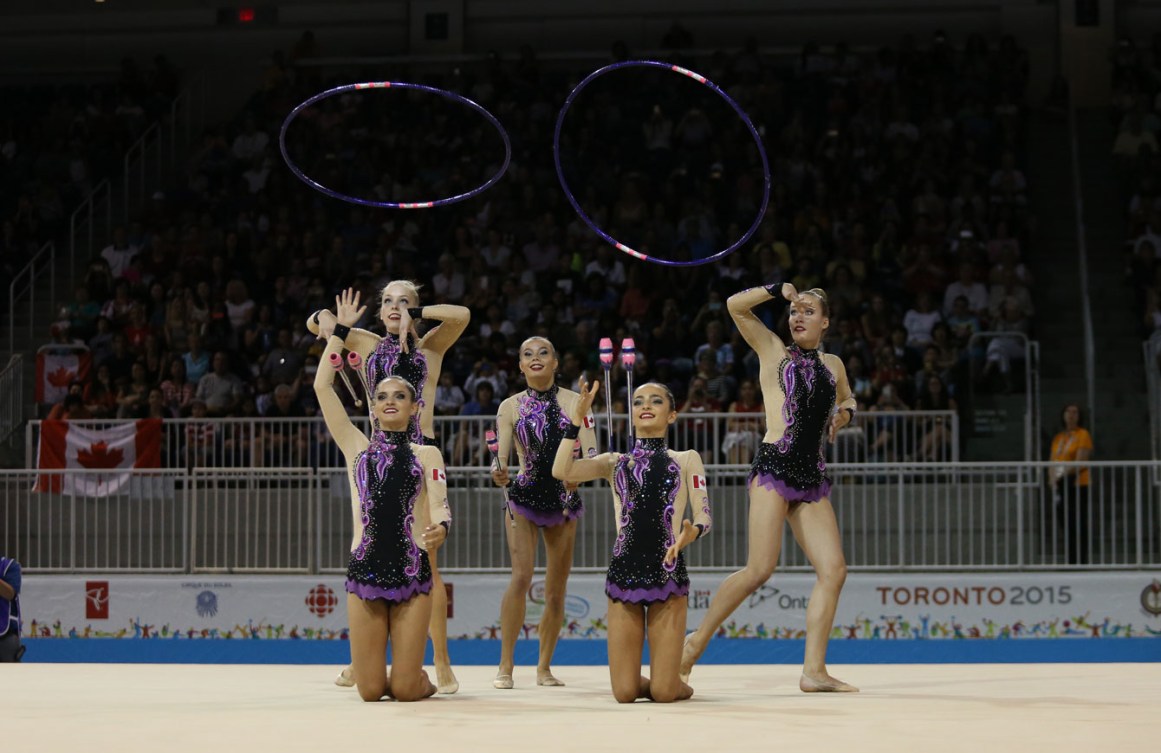 The Canadian group, composed of Katrina Cameron, Lucinda Nowell, Vanessa Panov, Maya Kojevnikov, Anjelika Reznik and Victoria Reznik won their second bronze in as many days, finishing behind the United States (14.983) and Brazil (14.692) with their score of 13.709 in the event featuring two hoops and three sets of clubs.

“It’s one of our cleanest routines we’ve ever competed,” said Anjelika Reznik. “Our coaches are really proud and we’re proud ourselves. I don’t think we could have asked for a better routine.”

For anyone watching group rhythmic gymnastics for the first time, it can look like chaos, albeit organized. This group spent the last three weeks training eight hours a day at a camp in Spain to be as perfect as possible, especially on the crowd-pleasing exchanges that see the apparatuses tossed in the air by one team member and caught by another, often blindly. 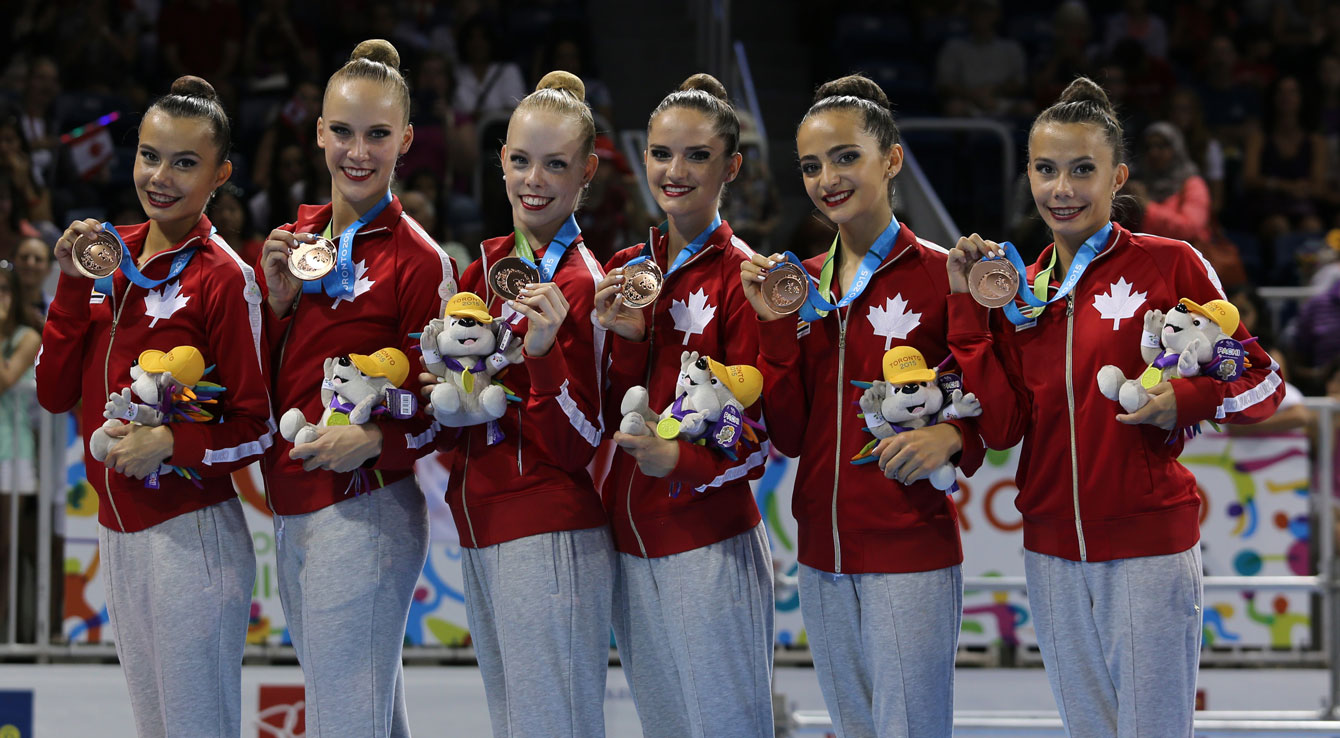 “It takes so much practice and repetition in order to get the apparatus exactly where you want at the exact height so they don’t collide,” said Kojevnikov. “One has to be higher, one has to be lower, they’re different shapes.”

There are also six members of the group but only five compete in a routine, so at Toronto 2015 Victoria Reznik participated in Sunday’s bronze medal-winning routine featuring five ribbons and then traded off with Panov for the clubs and hoops.

But the substitutes certainly don’t have it easy as they must act as understudies and be prepared to step into anyone’s position.

“We need to learn every single spot so it’s quite challenging and it’s kinda difficult to go through the routine when you’re alone at the side,” said Panov. 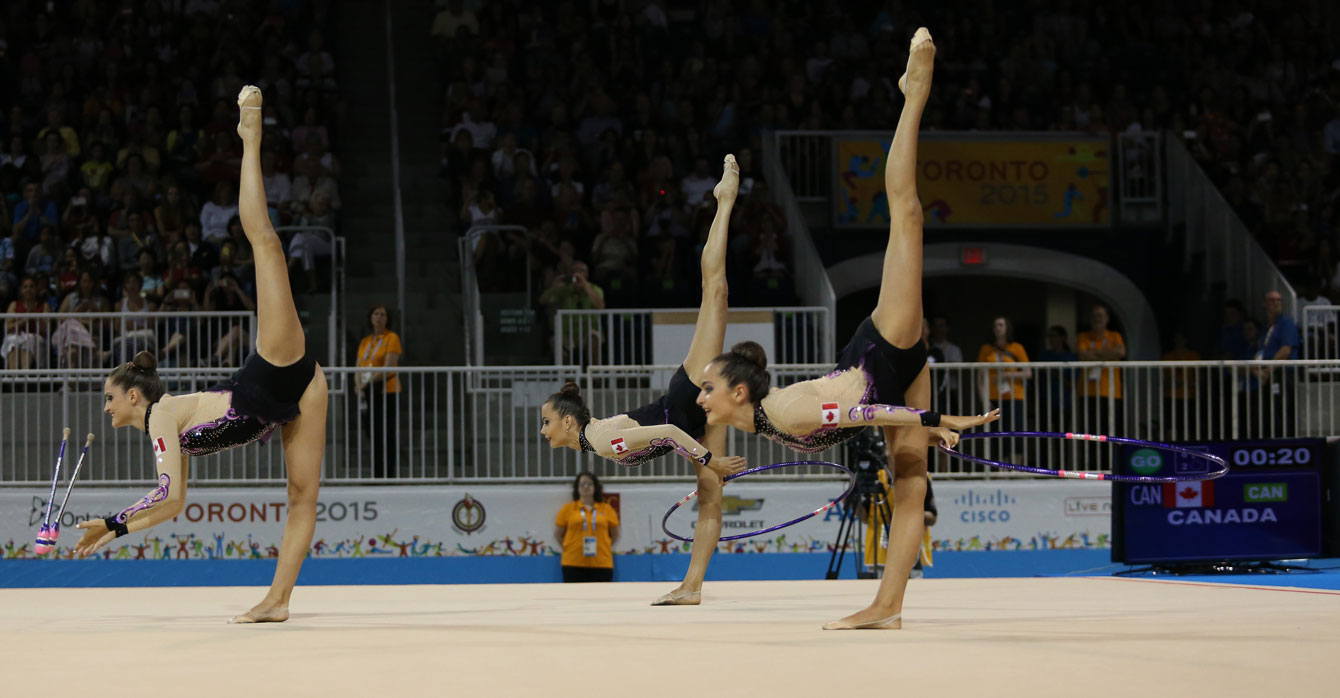 “It’s five times the work because we have to review everybody’s spot at the same time just in case someone’s injured,” added Victoria Reznik.

Team captain Cameron (who was voted into the leadership role by the rest of the group) noted that the Pan Ams are just one more step towards Rio 2016.

“This is leading up to our world championships in September in Germany and that’s actually a qualifier for the Olympics and that’s where we need to focus our attention and keep working towards,” said the 2012 Olympian. “We’re not done here. We’re going back to training in two days.”