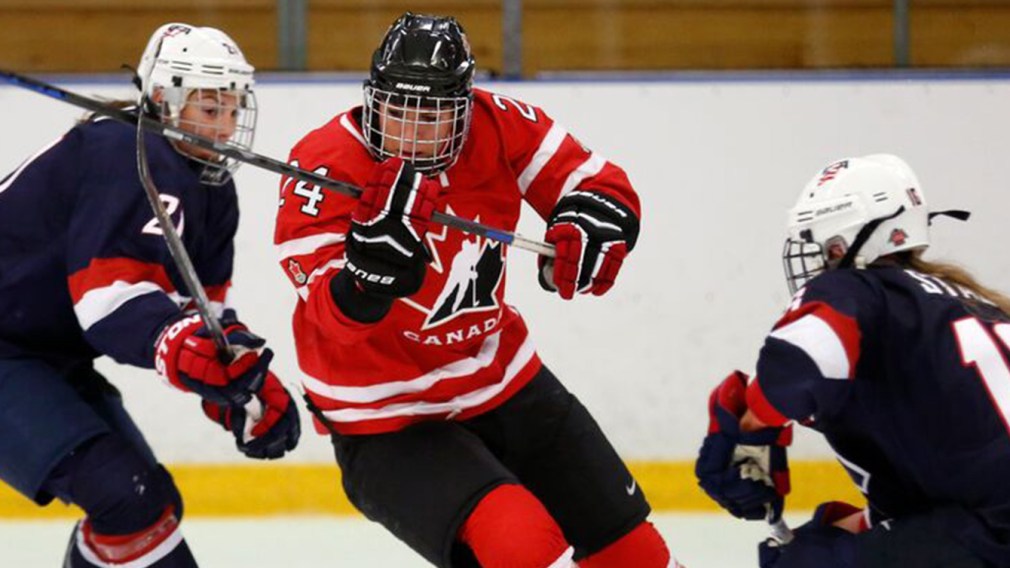 A Hilary Knight goal 36-seconds into overtime ended Canada’s hope of three-straight Four Nations Cup victories, and gave the US their sixth title with a 3-2 win on Sunday.

Canada would relinquish the lead on two occasions in Sundsvall, Sweden. First, veteran Natalie Spooner opened the scoring with a man-advantage at 1:04 of the second period only to watch Brianna Decker score the first of her two goals at 6:36, also on the powerplay.

At 14:15 of the second Meghan Agosta, with help from national team rookie Renata Fast, put a puck beyond American starter Jessie Vetter to make it 2-1.

Decker tied the game again, this time at 1:46 of the third period even-strength. Overtime hero Hilary Knight would get an assist.

Canada @HC_Women tied 2-2 with USA with 3minutes left in the final at the 4Nations Cup in Sweden! Lets go girls! Cheering you on!

Since the debut of the Four Nations Cup, usually with Sweden and Finland rounding out the field, Canada has won the gold medal 14 times.

According to Hockey Canada, this year’s tournament is an ‘evaluation opportunity’ for the national team coaching staff, eager to put forward a first-class team for the 2016 Women’s World Championship in Kamloops next April.