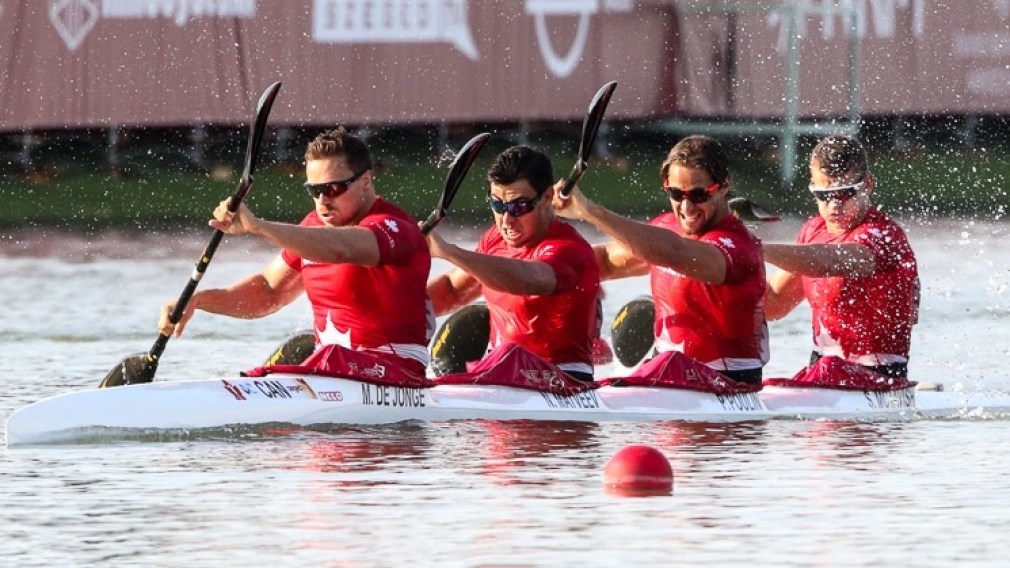 Team Canada earned Tokyo 2020 qualifications and a handful of Diamond League medals over the weekend.

Here are the latest results:

Today marks the first time Women’s Canoe has ever had a qualification race for the Olympics. History was made. I didn’t have my perfect race but we got the job done. CANADA WILL BE AT THE TOKYO OLYMPICS!!!!! There is a still a long road to go and we may have hit a road block but it is not a dead end, we just have to take a detour. Today, let’s just celebrate sport moving forward. #icfsprint #wepaddle #theLONGroadtoTokyo #teamcanada #stripespotting

While Canada didn’t medal over at the ICF Canoe Sprint World Championships, Katie Vincent’s fifth place finish earned a quota spot for the country in the women’s C-1 200m. Tokyo 2020 marks the first time women will compete in canoe sprint on the Olympic stage.

That 80 bar is so special, WOW 2 years coming and I couldn’t have done it without the ladies on the track ! THANK YOU PARIS, vous êtes incroyable 🇫🇷❤️

At the Paris Diamond League, Canada picked up five medals. Alysha Newman won her first Diamond League with a height of 4.82m, breaking her own Canadian record of 4.77m she set back in July. This is the first Diamond League of the season that Katerina Stefanidi of Greece did not win. She cleared 4.75m to finish in second behind Newman.

On the track, Brandon McBride won the 800m race with a season’s best time of 1:43.78. Aaron Brown sprinted to bronze in 20.13 seconds the 200m. This is a step up from the his last Diamond League race in the 200m, where he finished just off the podium in fourth.

Canada’s final medal on the track came in the men’s 4x100m relay. The team included of Gavin Smellie, Jerome Blake, Brendon Rodney, and Brown finished the race in 38.26 seconds. France (38.67) finished in second and Turkey (39.00) rounded out the podium with bronze.

Let’s hear it for @brookehendersongolf, who finished T3 as low Canadian at the @cpwomensopen 👏🏼👏🏼

The Canadian women’s baseball team has qualified for the 2020 World Cup. The qualifying tournament took place this weekend in Mexico, and the Team Canada finished with bronze after an 11-1 victory over the home team.