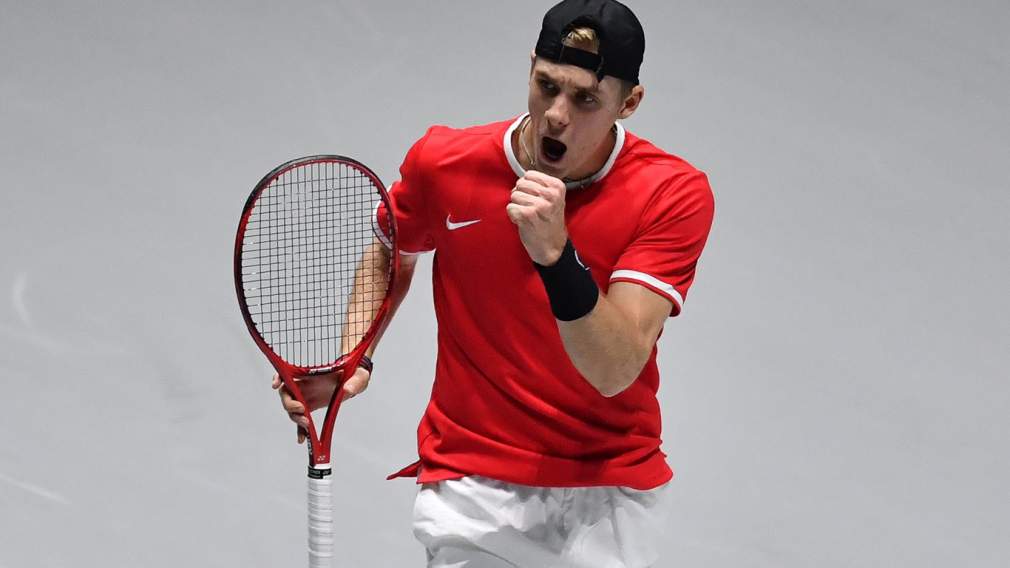 Vasek Pospisil and Denis Shapovalov continued their strong play at the Davis Cup Finals on Tuesday to earn a quarterfinal berth for Canada.

Following a gutsy 2-1 victory over a strong Italian team on Monday, the Canadians had a chance to advance with a win over the United States, and they did not disappoint.

Pospisil took on No. 36 Reilly Opelka in the first match of the day, earning a tight 7-6 (5), 7-6 (7) victory over the American. It was the second major upset in two days for Pospisil, who defeated No. 12 Fabio Fognini the previous night. 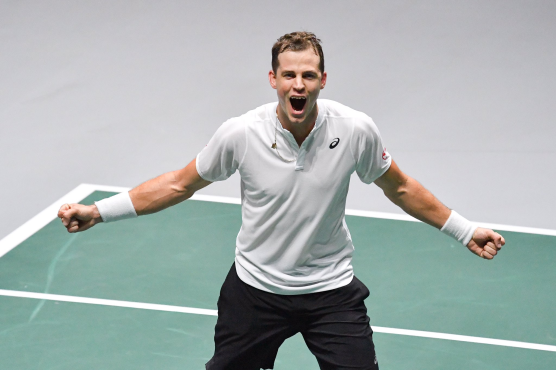 Vasek Posisil celebrates during his victory over Reilly Opelka on Tuesday night at the Davis Cup Finals. (Photo: @TennisCanada)

With Canada up 1-0 in the best-of-three tie, one more win would guarantee victory as well as a ticket to the quarterfinals. Shapovalov had the opportunity to book that ticket against Taylor Fritz in the second singles match of the day.

After a tightly contested first set, the top-ranked Canadian overpowered Fritz in the second set to take the match 7-6, 6-3.

Canada are the first team to make it through to the quarter-finals! 🇨🇦👏#DavisCupMadridFinals #byRakuten pic.twitter.com/zroHthd29r

Canada elected not to play in the doubles match, giving the United States a walkover win.

As the top seed in Group F, Canada will face the winner of Group D (either Belgium or Australia) in quarterfinal play on Thursday, marking their first quarterfinals appearance in the Davis Cup since 2015.