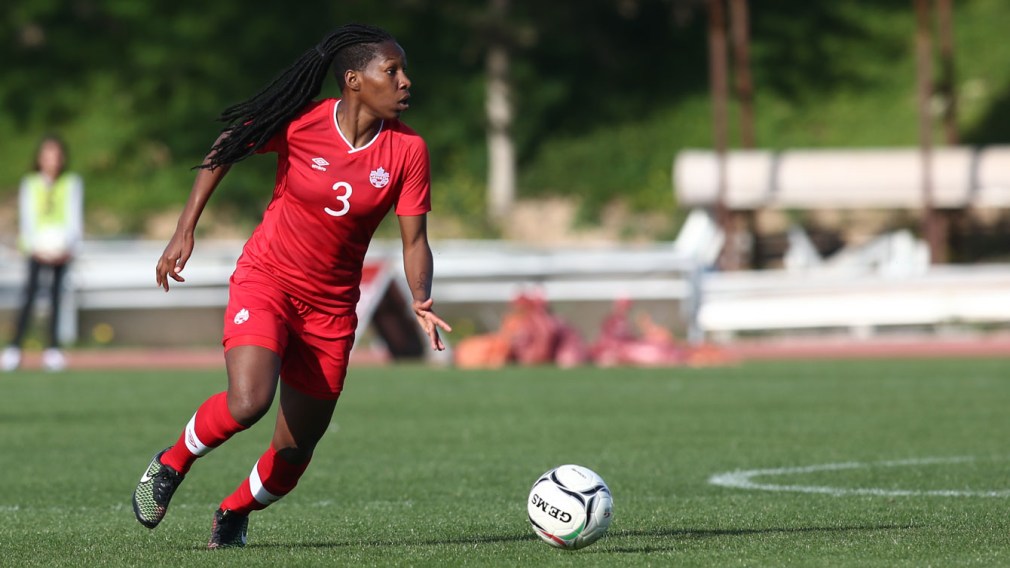 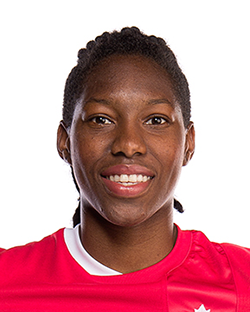 Prior to the 2015 FIFA Women’s World Cup, coach John Herdman called Kadeisha Buchanan the “Christine Sinclair of defence”. That is high but appropriate praise for a player who was the 2013 and 2014 Canadian Under-20 Player of the Year and helped Canada to a quarterfinal berth at the 2014 FIFA U-20 World Cup. She went on to win the Young Player Award as Canada advanced to the quarterfinals at the Women’s World Cup on home soil and helped Canada to a fourth place finish at the Pan Am Games in Toronto. She was named Canadian female player of the year for 2015, ending Sinclair’s 11-year run. Buchanan scored her third career senior international goal in helping Canada finish second at the CONCACAF Olympic Qualifier to earn a spot in Rio. She went on to be named the tournament’s top player as Canada won the 2016 Algarve Cup. Buchanan made her senior debut in 2013 and has a pair of silver medals from three Cyprus Cup appearances. She plays collegiately for West Virginia University, where over two seasons she was named to the NSCAA All-America First Team and All-Big 12 Team twice. She has also been awarded the Big 12 Defensive Player of the Year twice and was Big 12 Newcomer of the Year as a freshman.

Family: Mother Melsadie Tate… Has 11 siblings, of which she is the youngest of seven sisters… Getting into the Sport: Started playing soccer at age 8… Grew up competing in soccer, basketball, flag football, volleyball, track and field… Outside Interests: Majoring in criminology at West Virginia University… Enjoys watching TV… Odds and Ends: Nickname: Keisha