Raonic bows out of Roland Garros after historic run

Raonic bows out of Roland Garros after historic run 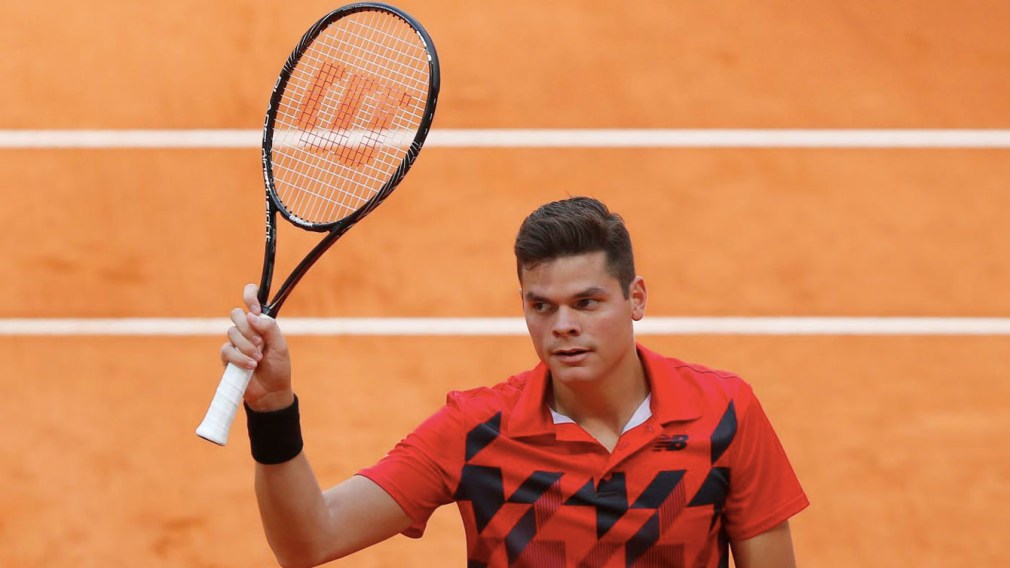 Milos Raonic bowed out of the French Open in the quarterfinals after his historic run at Roland Garros was ended Tuesday by world number two Novak Djokovic 7-5, 7-6 (7-5), 6-4.

Eighth seeded Raonic became the first Canadian men’s singles player to reach the final eight of the French Open when he comfortably beat Marcel Granollers in the fourth round.

Raonic went toe-to-toe with the near-flawless Djokovic of Serbia for much of the first two sets. The match tilted the Serbian’s way after he broke Raonic when the two were tied 5-5 in the first set, and the tiebreaker loss in the second seemed to deflate Raonic beyond recovery.

Though he made a valiant effort in the third set to stay alive by breaking Djokovic as he served for the match, the finish line was too far ahead of the Canadian.

#Raonic hangs on, breaks to make it 3-5 in the third set v #Djokovic. #RG14 pic.twitter.com/SJbmhcp5iE

Still just 23, Raonic said after being Granollers that he didn’t think his first career Grand Slam quarterfinal appearance would come on clay, but that is a testament to how much the London 2012 Olympian has improved in a short time. Prior to this year, Raonic had never advanced past the third round of the French Open.

RELATED: Bouchard through to semifinals