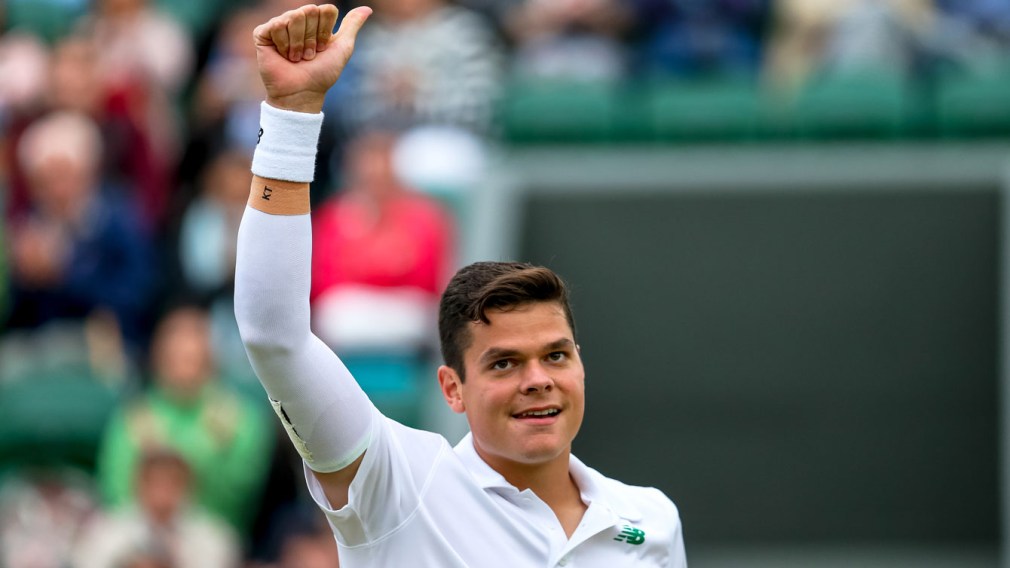 It may be July 2 but Canada Day continued at Wimbledon on Wednesday, as Milos Raonic became the second Canadian on the same day to reach the semifinals of the prestigious Grand Slam.

After 19-year old Kyrgios had taken the first set on a tiebreaker, Raonic rebounded winning 100% of his first serve points in an efficient second set.

"The goal is to be the best in the world and this is another step" – @milosraonic #Wimbledon pic.twitter.com/TGMcG94uSB

Kyrgios had the momentum early in the third set but Raonic again fought back down a pair of games to take a two sets to one lead in the match.

The two heavy hitters held serve for all 12 games in the fourth set before Raonic sprinted away with a 6-1 lead in the tiebreaker. At 6-4 he closed out the match with an ace, last of his 39 on the day. Kyrgios, also known for his hard serve, delivered just 15 aces against Raonic, who won 53 receiving points to the Australian’s 20.

Raonic will meet Roger Federer in his semifinal match. One of the all-time tennis greats, Federer will be heading to an astonishing 35th Grand Slam final four and in search of his eighth Wimbledon title.

"I gotta serve well … gotta take care of my serve. It's going to be a great challenge & one I'll relish" – @milosraonic on meeting Federer

In three previous outings at Wimbledon, Raonic had never made it past the second round. The 23-year old had a career breakthrough this year getting to the quarterfinals of the French Open before impressing at the All England Club the last nine days.

Federer is a perfect 4-0 against Raonic. The two last met in the Round of 16 at the 2013 Australian Open resulting in a straight-sets victory for the Swiss master. Raonic has matured into a stronger player since then, a regular in the world top 10 rankings and now enjoying the best spell of his young career. Federer turned pro in 1998, a full 10 years before Raonic.

Earlier in the day fellow Canadian Eugenie Bouchard also advanced to the semifinals at Wimbledon in the women’s singles tournament. She will take on Simona Halep in her next match on Thursday.