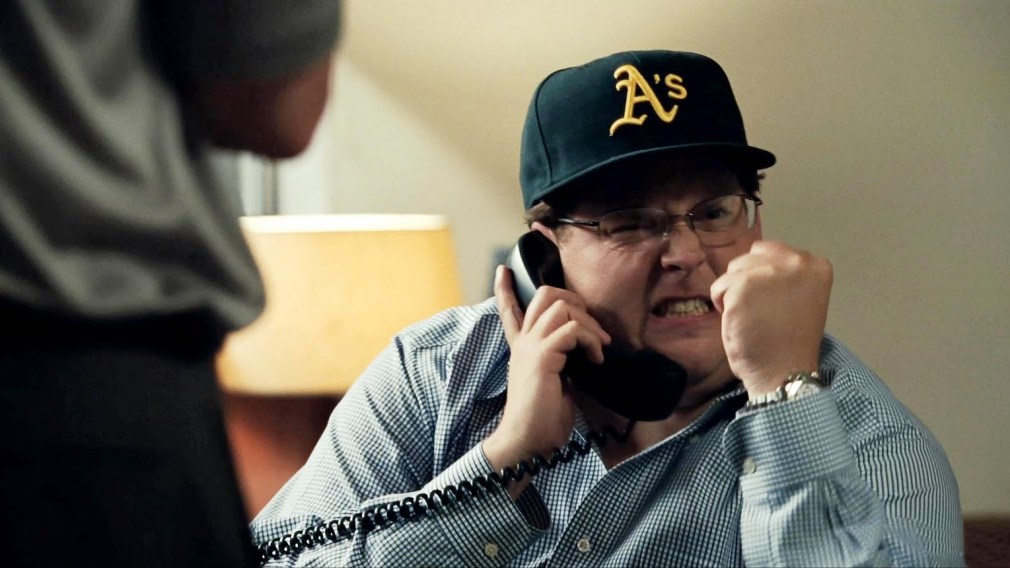 Sports movies cover an array of genres from the silliest comedies to academy award winning dramas, which is why picking the top 20 was no easy feat. Here are the flicks all self-respecting sports enthusiasts must experience at least once in their lifetime.

Ridiculous – is the word that comes to mind when looking back on Happy Gilmore and yet, it seemed even more absurd to leave it out of the top 20. Adam Sandler and Bob Barker exchanging blows is simply one the greatest moments in golf history – on and off the screen.

Based on a true story, Dennis Quaid brings the heat as Jim Morris, a 39 year-old father of three and high school baseball coach who eventually makes it to the show after agreeing to attend a professional try-out if his team made the playoffs.

Set during the great-depression, Seabiscuit is a truly inspiring underdog tale that goes way beyond the sport of horse racing. The film portrays the difficult times of that era and how a horse lifted the spirits of a nation.

Speaking of underdogs, Miracle is the ultimate David vs Goliath story of the 1980 US Olympic team led by Herb Brooks (Kurt Russell) that captured gold in Salt Lake city by defeating a seemingly unbeatable Russian team. Not only is this a great ride from start to finish, but the film is also known for having one of the best locker-room speeches ever. ” Tonight, WE are the greatest hockey team in the world.”

Emilo Estevez coaches a bunch of rambunctious inner-city kids to hockey greatness. What’s not to like? This early 90’s classic had an entire generation of young hockey players flocking to the nearest rink to practice their triple deke and of course, The Flying V. Quack! Quack! Quack! Quack!

A group of rag-tag hockey players, led by none other than Paul Newman, gain inspiration from a group of new additions to the team (the Hanson brothers). Thanks to their overly aggressive style of play, the Hansons help the Chiefs turn their luck around.

Sure, Bushwood Country Club may look respectable to the average observer, but in reality it’s the home of non-stop shenanigans. Chevy Chase, Bill Murray and Rodney Dangerfield helped turn this golf flick into an instant classic.

Al Pacino stars as a die-hard football coach that has given his life to the game. The star-studded cast also features Dennis Quaid, Cameron Diaz, Jamie Foxx and James Woods. Pacino’s motivational speech to the team is one of the best pre-game speeches in any sports movie.

Don’t worry, we’ll spare you the famous catch phrase, but for the few who aren’t familiar with this one, just know that this Tom Cruise vehicle about the fall and rise of a sports agent became part of popular culture for good reasons. From Rod Tidwell’s touchdown celebration to little Ray teaching us that a human head weighs eight pounds, Jerry Maguire has a little something for everybody. Oh what the heck: “SHOW ME THE MONEEEEY!”

Dreams can come true, all you need is a magical bat carved out of a tree that’s been struck by lightning. Yet another example of how baseball and the silver screen match up perfectly.

The sombre and sorrowful tale of The Wrestler is also one of hope, change and love that served in rejuvenating Mickey Rourke’s career. Rourke stars as Randy “The Ram” Robinson, a once famous wrestler struggling to let go of past glories.

Hilary Swanks’s Oscar winning performance as a waitress turned pro boxer Maggie Fitzgerald is masterfully matched and captured by co-star Clint Eastwood, who also received an academy award for best director as well as a nomination for his role as the hard-nosed trainer Frankie Dunn. This is truly a must-see for all sports fans.

This is one of the most motivational sports movies of all time. Rudy has been told his entire life that he will never be a football player because he is just too small. Even his family, who is obsessed with the sport, doesn’t support him. Through hard work and determination, Rudy pursues his dream of suiting up for the Notre Dame varsity team. For those who have seen this movie, the title speaks for itself: Rudy! Rudy! Rudy!

Ralph Macchio stars as Daniel LaRusso, a bullied boy who takes on karate lessons under the guidance of martial arts master/life coach Mr. Miyagi. Together, they stand up to the evil Cobra Kai dojo. Giving hope to little guys everywhere, the Karate Kid is quintessential 80’s gold.

Brad Pitt takes on the role of Oakland A’s general manager Billy Beane, who turned baseball on its head in 2002 using statistical analysis to build a team able to compete with much richer markets. As fascinating as this concept might be to hardcore sports fans, the beauty of Moneyball lies in the struggles of its characters and the fact that it requires absolutely no baseball knowledge (or interest for that matter) to fully appreciate its magic.

With a little hard work and a great score, anything is possible. Sylvester Stallone goes above and beyond Rocky’s simple premise of a struggling Philadelphia boxer who gets a shot at the heavy-weight championship, delivering an inspiring story about pure determination and love.

Gene Hackman will always be remembered for his portrayal of coach Norman Dale, a polarizing man who appears at a small town Indiana high school to coach basketball. His tactics are rather bizarre and create a lot of tension at first, but once the team starts to believe in him, they become unstoppable.

“If you build it, he will come” A farmer hears a voice telling him to build a baseball field and upon completion appear the ghosts of the seven banned Chicago White Sox players of the 1919 World Series. Sounds crazy right? Tell that to the millions of fathers and sons that have bonded/wept through this movie over the years.

Jake Lamota’s story told through the masterful gaze of Martin Scorsese is nothing short of a tour de force that puts to the forefront one of Robert De Niro’s most memorable performances as a temperamental boxer whose violent rage lifted him to the top of the boxing world at the expense of his personal life.

Callum Ng
First of all, why does Rocky IV get such a bad rap? Inflated Cold War era national stereotypes? Yeah, whatever. The Soviet Union I mean Russia is clearly the best place on earth to train. And being draped in your nation’s flag is the best victory celebration. All-in-all, 90 minutes of pure entertainment. Disclaimer: All judgments based on my first viewing at age 12.

Mark Nadolny
“Left side, strong side!” Remember the Titans is one of my favourite movies ever, let alone sports movies. Based on a true story, this movie deals with the end of segregation in Virginia and the coming together of white and black high school football players and coaches to form a cohesive group on and off the field. It is amazing to see how the football team really brought the community together and gave them something to cheer rather than fight about. And come on, who wouldn’t want Denzel Washington to be their football coach?

Steve Boudreau
The Sandlot is a right of passage for any kid who grew up playing baseball in the 90’s. This coming of age tale will leave you nostalgic for those endless summer days you spend with your friends running around the neighbourhood looking for something to do. To often forgotten, the Sandlot definitely has its place amongst the best baseball movies out there.