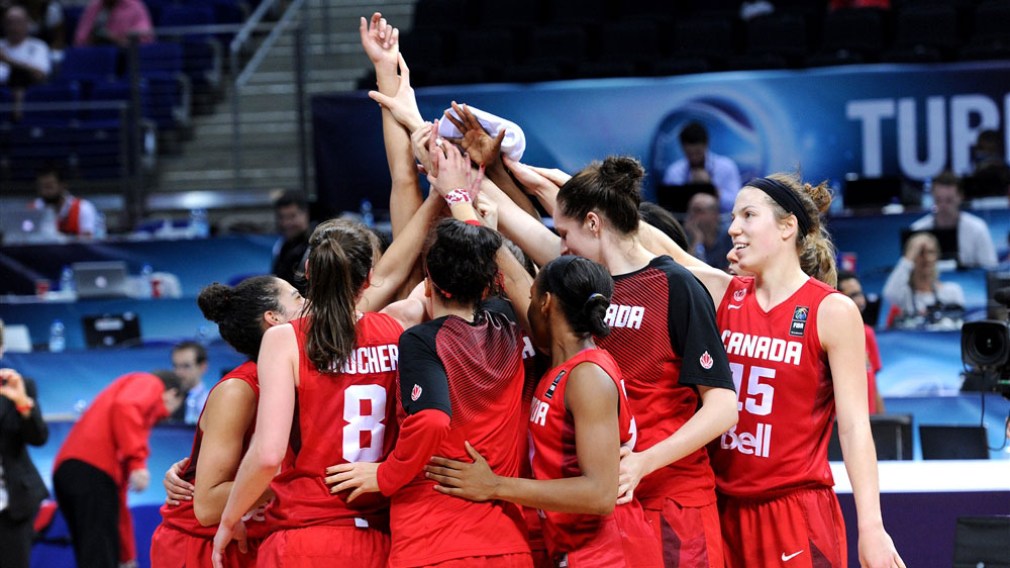 This past weekend, Canada’s women’s basketball team secured a fifth place finish at the FIBA World Championship for Women in Turkey.

That marked an impressive seven-position jump from their 12th place finish at the previous Worlds in 2010 and is Canada’s best finish since 1986 when the team took home bronze.

The team finished third place in their preliminary group, and then stomped the fifth-ranked Czechs 91-71 in a qualification game to get them into the quarterfinals. It was the first time since 1994 that the women had reached the quarters. Unfortunately their quarterfinal opponent, Australia, proved too strong, defeating the Canadians 63-52 and relegating the team to the 5th-8th place games.

Although they were no longer playing for a medal, the Canadians did not lay down without a fight. First they thumped fourth-ranked France, who took home the silver medal from London 2012, by a final score of 55-40. Olympian power forward Miranda Ayim led the attack, scoring 12 points and adding 5 rebounds in the win.

In their final game of the tournament, the Canadian women (ranked 9th in the world going into the tournament) outlasted the eighth-ranked Chinese team, coming away with a 61-53 win that secured the 5th place finish. Veteran Kim Gaucher was the leading scorer in the game vs China, dropping 16 points, while Ayim added 15 points and grabbed a team-high 9 rebounds.

Gaucher and Ayim were the big stars for the Canadian team throughout the tournament (see below as the pair connected for an alley-oop that FIBA calls the 7th nicest play of the tournament). Gaucher led the team in scoring and was second in rebounds (averaging 8.9 points and 4.3 rebounds per game), while Ayim was first in rebounds and second in scoring (8.3 points and 5.4 rebounds per game). Olympian point guard Shona Thorburn set the pace of the offence, leading the way with 2.0 assists per game.

The result is encouraging for the Canadians, ahead of the 2015 Pan Am Games in Toronto next July and the Rio 2016 women’s basketball qualification tournament in Edmonton a month later.

On a conference call on Sunday, Coach Lisa Thomaidis said “It certainly puts us on the map. We fought long and hard to get to a top-eight finish at the Olympics in 2012 … now to basically catapult into the top five is gigantic.”