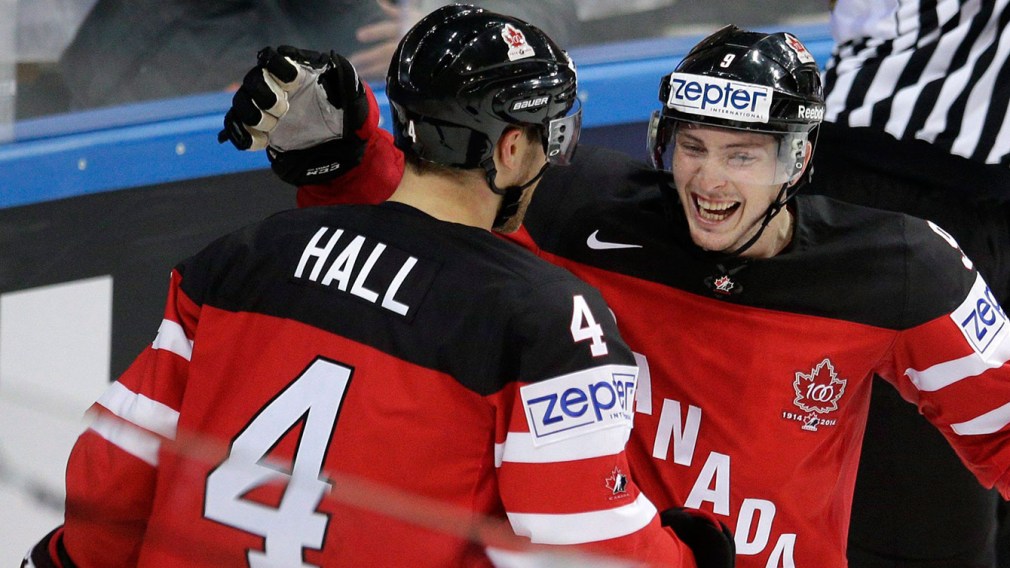 Mike Smith earned the shutout as Canada prevailed 2-0 over the Czech Republic to make their first gold medal game since 2009.

How it went down: During a strong Canadian first period to counteract the home team’s vigour, Taylor Hall scored his seventh of the tournament at 8:40, getting help from Oilers teammate Jordan Eberle plus captain Sidney Crosby. Shots were 19-10 Canada after 20 minutes of play. 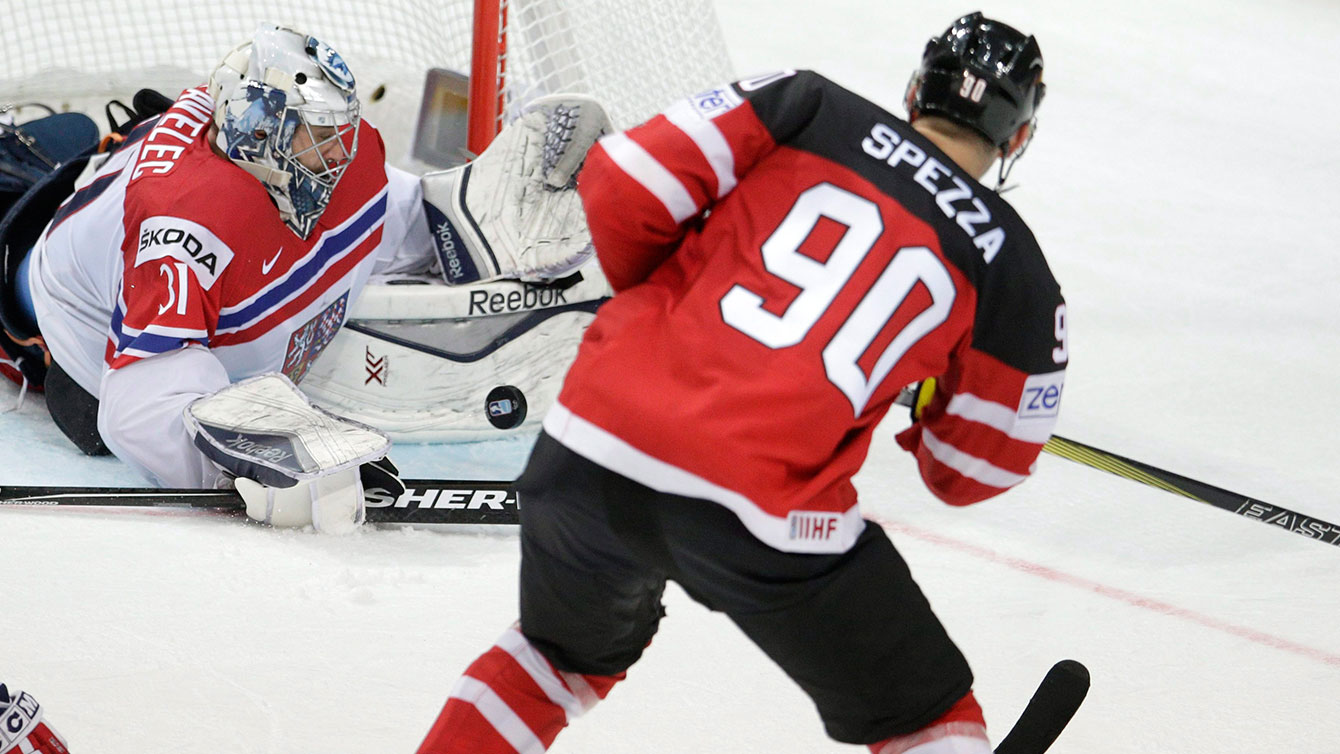 Canada’s Jason Spezza releases a shot earlier in the tournament.

Loud Czech fans at Prague’s O2 Arena consistently chanted throughout the game. Montreal Canadiens forward Tomas Plekanec arrived in time for the semifinal. Yet it would be Toronto native Jason Spezza who would release a wicked snap shot mid-toe drag at 9:02 of the middle period. Spezza’s tournament leading 14th point put Canada up 2-0.

There were few opportunities for the Czechs in the third period. Canada’s best chance was a two-on-nothing involving Tyler Toffoli and Sean Couturier but Czech starter Ondrej Pavelec shut the door on Couturier. Both goaltenders were named player of the game for their team. Shots were 41-23 in favour of Canada.

The Canadians, led by head coach Todd McLellan, are unbeaten in nine games at IIHF Worlds and will play either Russia or the USA for gold on Sunday.

After a semifinal win vs. the Czech, Canada will go for gold tomorrow at #IIHFWorlds. http://t.co/8EWKj7thOi pic.twitter.com/lNzb3kAdX1