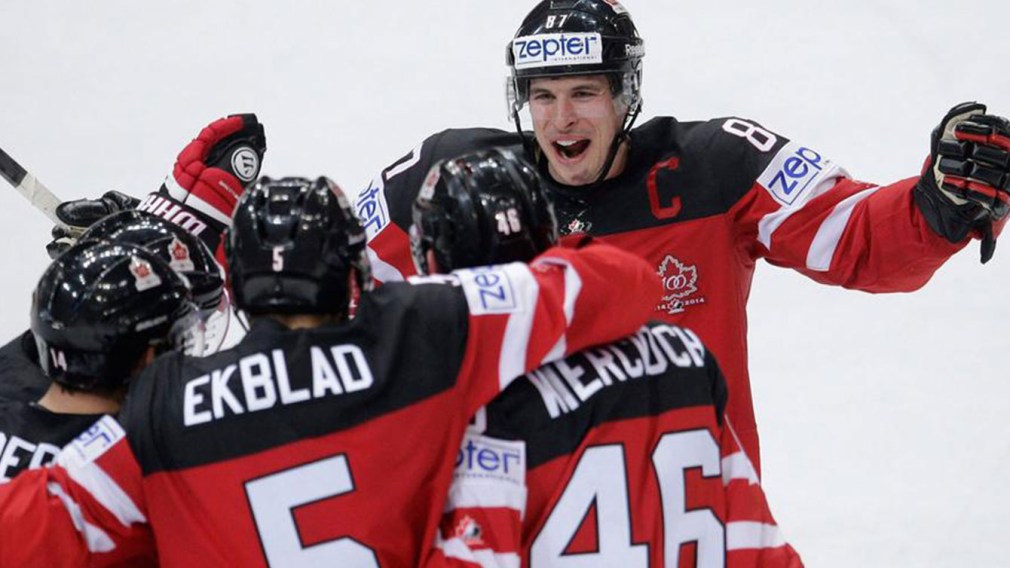 They were dominant at the beginning, and they were unbeaten at the end.

Canadian men accept the trophy at the 2015 IIHF World Championship.

Canada overwhelmed Russia for a 6-1 win and are world hockey champions for the first time since 2007.

How it went down: To give you an idea of Canada’s control, they out shot Russia 37-12. Cody Eakin re-directed a Tyler Ennis blast to make it 1-0 at 18:10 of the first period. Then Canada unleashed a flurry of high-skill goals in the middle frame.

Ennis scored his second point, leaning hard on his inside edge to pull off an impressive wrap-around goal 1:56 into the second. Sidney Crosby went shelf from a bad angle, over Russian goalie Sergei Bobrovsky at 7:22. Then 44-seconds later, Tyler Seguin tapped-in his ninth goal, this one set-up by a beautiful Claude Giroux feed. The Russians had one shot in the second period. Canada led 4-0 after 40 minutes of play.

In the third period, Claude Giroux dragged his right knee to release a one-timer on the power play at 8:58. The sixth Canadian goal was Nathan MacKinnon’s fourth of the tournament at 9:50. Then Mike Smith’s quarters and semis shutout streak would finally end. An Evgeni Malkin tip-in at 12:47 of the final period made the game 6-1. Smith stopped the 11 other Russian shots.

Canada had lost the last two world championship games against Russia, in 2008 and 2009. And now the most recent Canadian gold medal at a IIHF World Championship is 2015. Canada finished the tournament 10-and-0 scoring 66 goals. Sidney Crosby also becomes the newest member of the ‘triple gold club’, adding a world champs title to his Olympic golds and Stanley Cup. The USA beat the Czech Republic 3-0 earlier in the day for bronze.