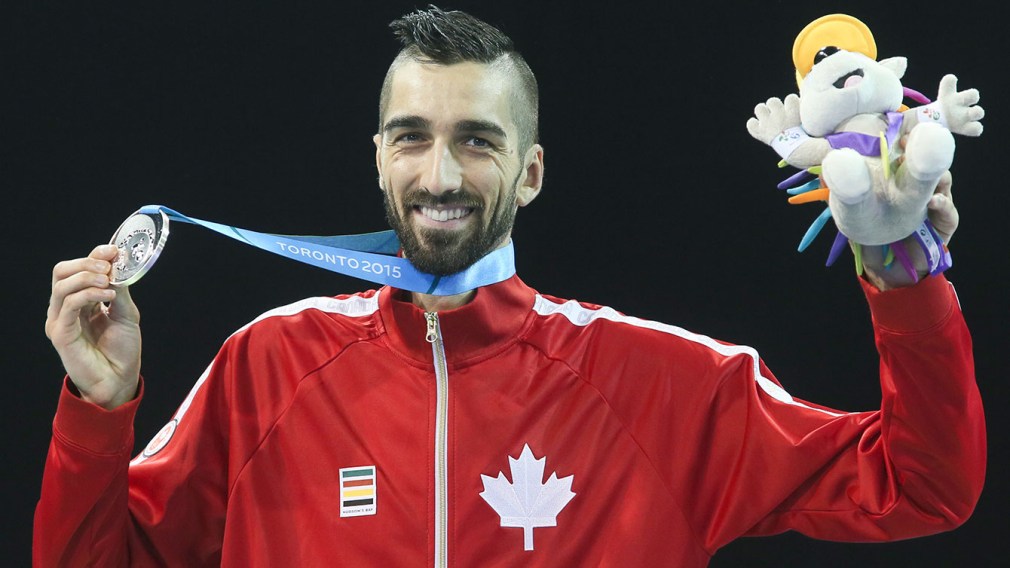 Maxime Potvin fought his way into a 68 kg gold medal contest but lost in an extra round to Mexico’s Saul Guttierrez. 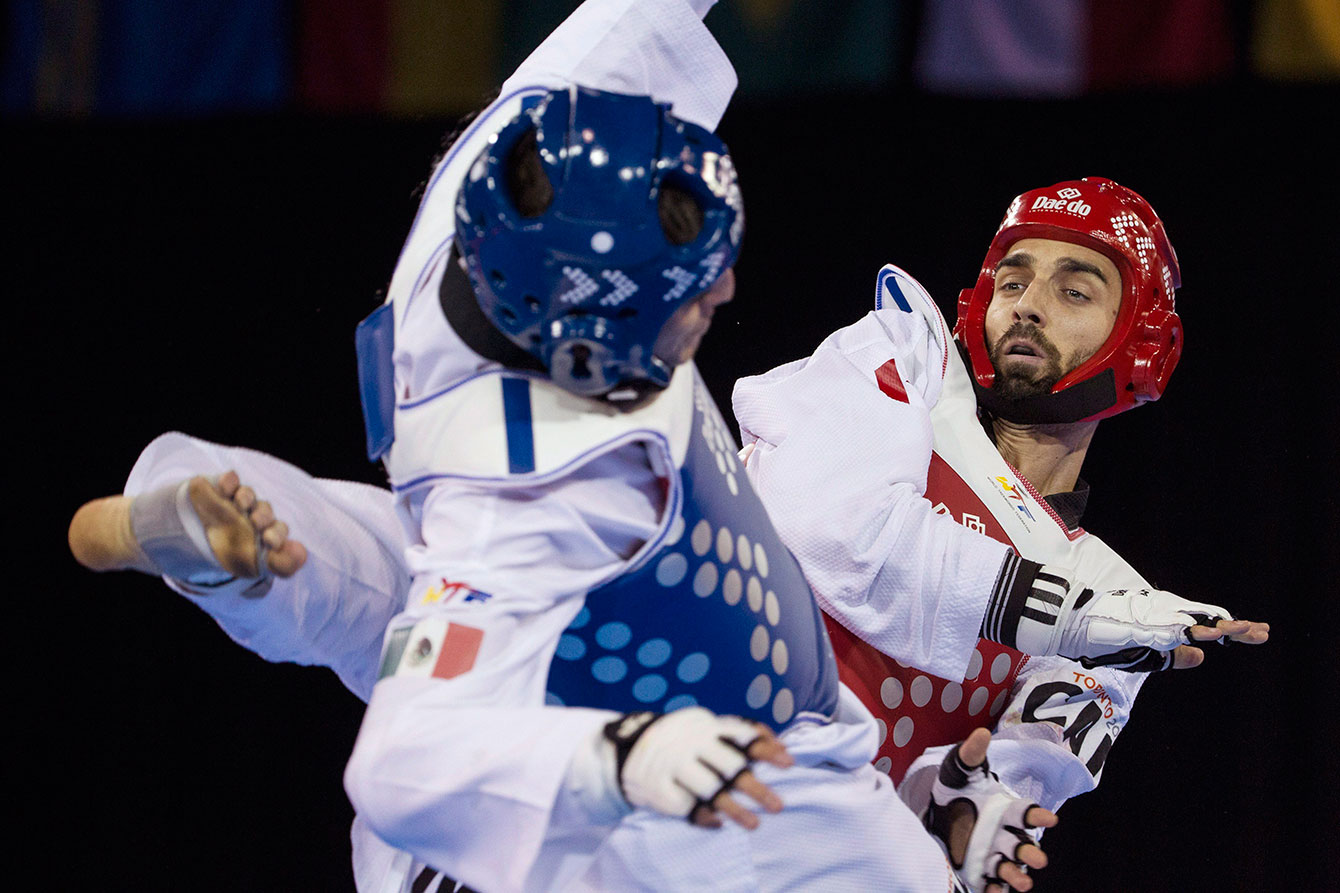 Maxime Potvin during his gold medal contest at TO2015.

The 27-year-old clambered his way back from a 2-0 deficit, and even had a very brief 3-2 lead with seconds remaining in the third round. “It was a close fight, I’m a little bit disappointed at the end when I exchanged with him I got a point and after he got another point too,” commented Potvin on how close he was to gold.

With the score tied 3-3 a sudden-death fourth round was added. It would end quickly with Guttierrez scoring first. Still, after three of his teammates had failed to win a medal, Potvin becomes the first Canadian on the taekwondo podium here.

“I’m really proud of this, I hope my teammates will do the same thing or better than me,” Maxime Potvin

After a shocking loss to Mexican Paulina Armeria in the semifinal round Canadian Evelyn Gonda had to prepare for the first bronze medal contest.

“She was very disappointed so we had to change her mindset,” said her coach Shin Wook Lim.

Coming into the bronze medal contest, Gonda was fierce and managed to score the first point with a roundhouse kick in the second round. Quickly Gonda ended the round with a 2-0 lead. 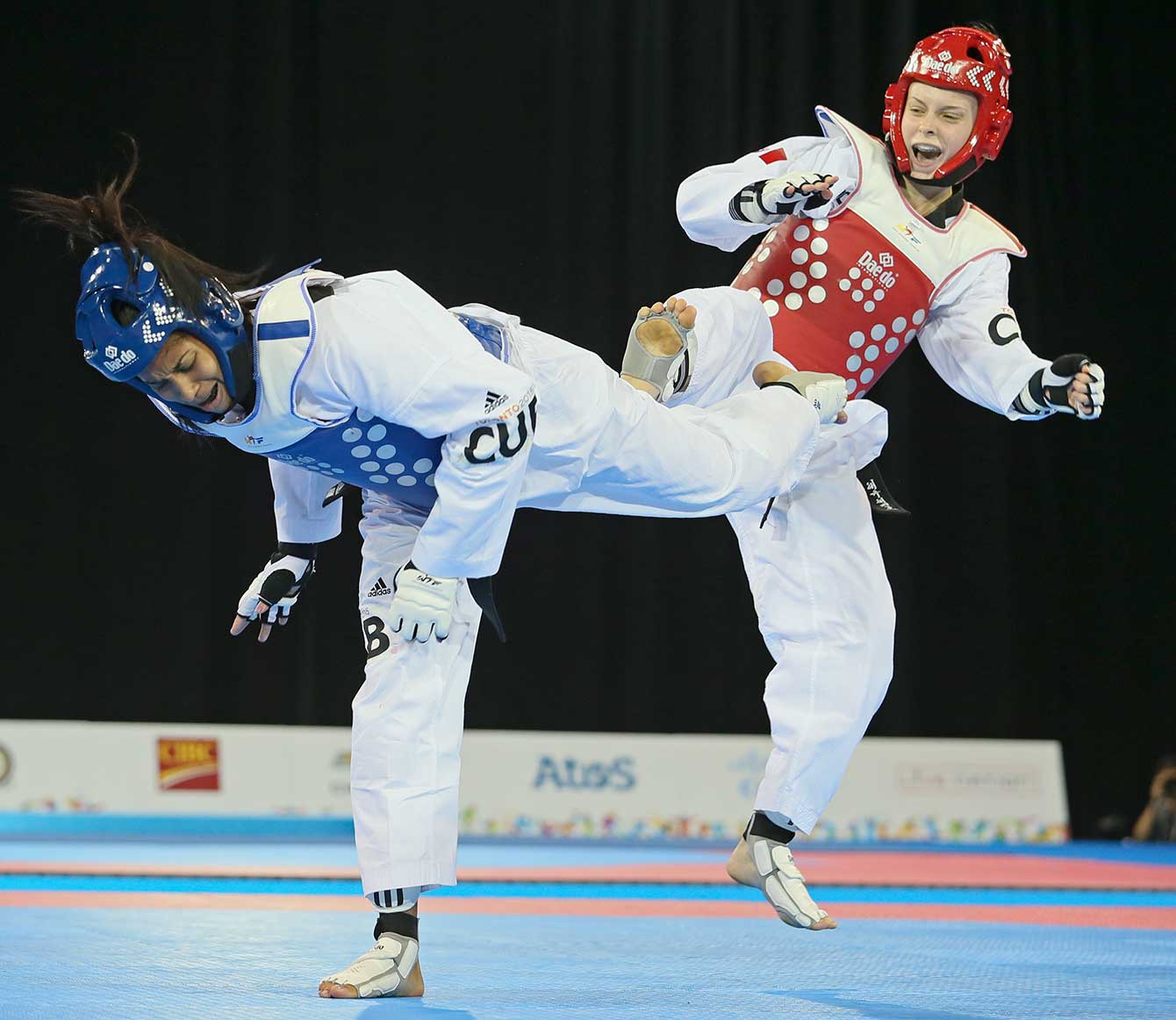 Evelyn Gonda during her bronze medal fight at TO2015.

Heading into the third round Lim told her to, “focus on what she needs to do.”

After taking an early lead, Gonda lost to her Cuban competitor Yamicel Nunez after giving up seven points in the last 10 seconds of the third round.

Her loss wasn’t without controversy. Prior to Nunez’s scoring streak, Lim protested when a kick to the chin wasn’t scored for Gonda. After video review the call stood.

“One little mistake can lead to a lot,” Gonda said. “I know she had a good back kick, so my focus was to not get hit with the back kick, but then last seconds I ran into the back kick and that was my mistake.” 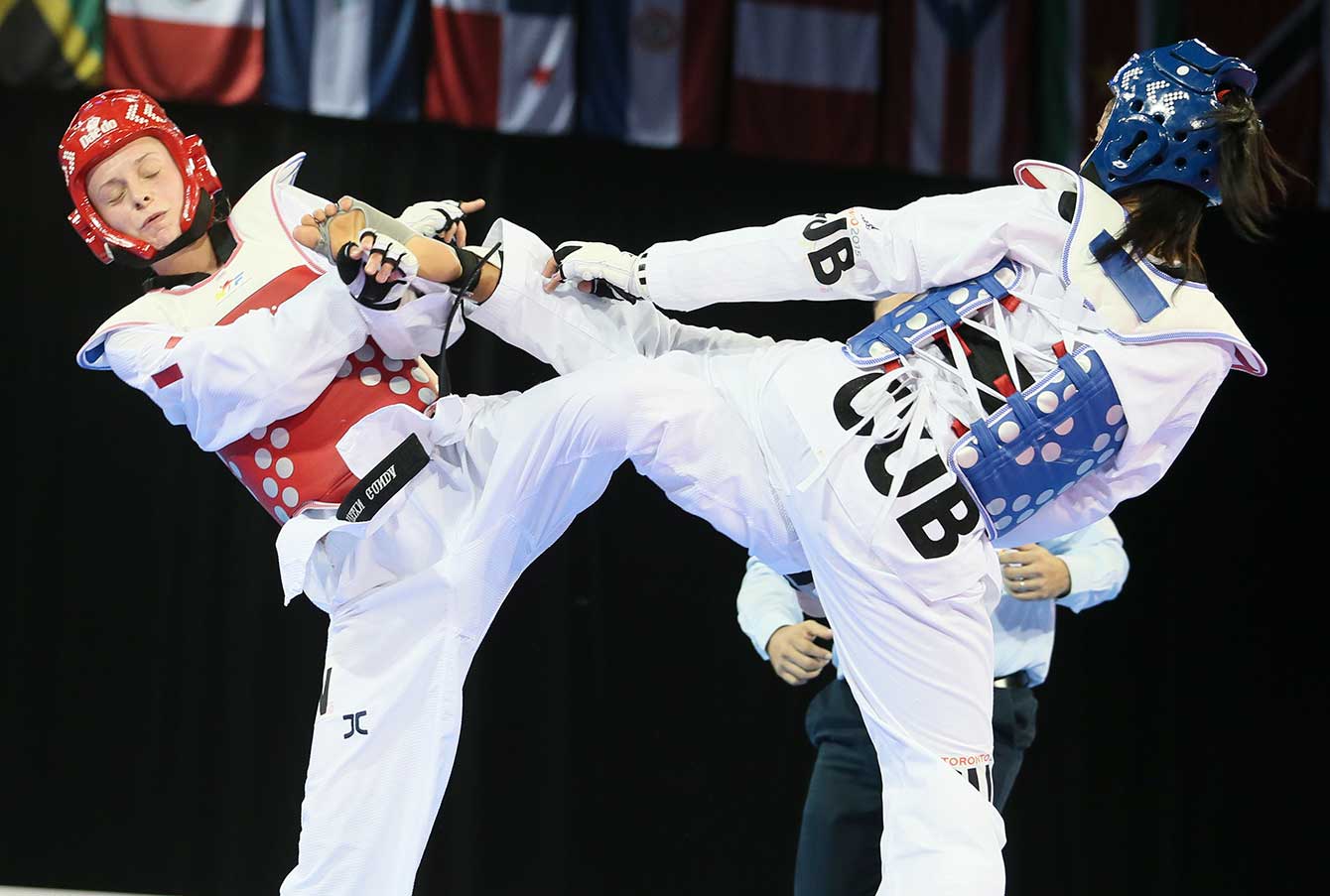 The 18-year-old had to settle for a spot off the podium, but already has her sights set on improving herself for future competition. “I can definitely learn from it and work on the next competition,” said Gonda.

That’s halfway for the Canadian team who have two more athletes yet to compete over the final two days of competition.

Canada’s top finisher to open the event was Vancouver’s Yvette Yong who was fourth in the women’s 49 kg. The 25-year-old lost her bronze medal fight 8-6 to Brazil’s Iris Silva. 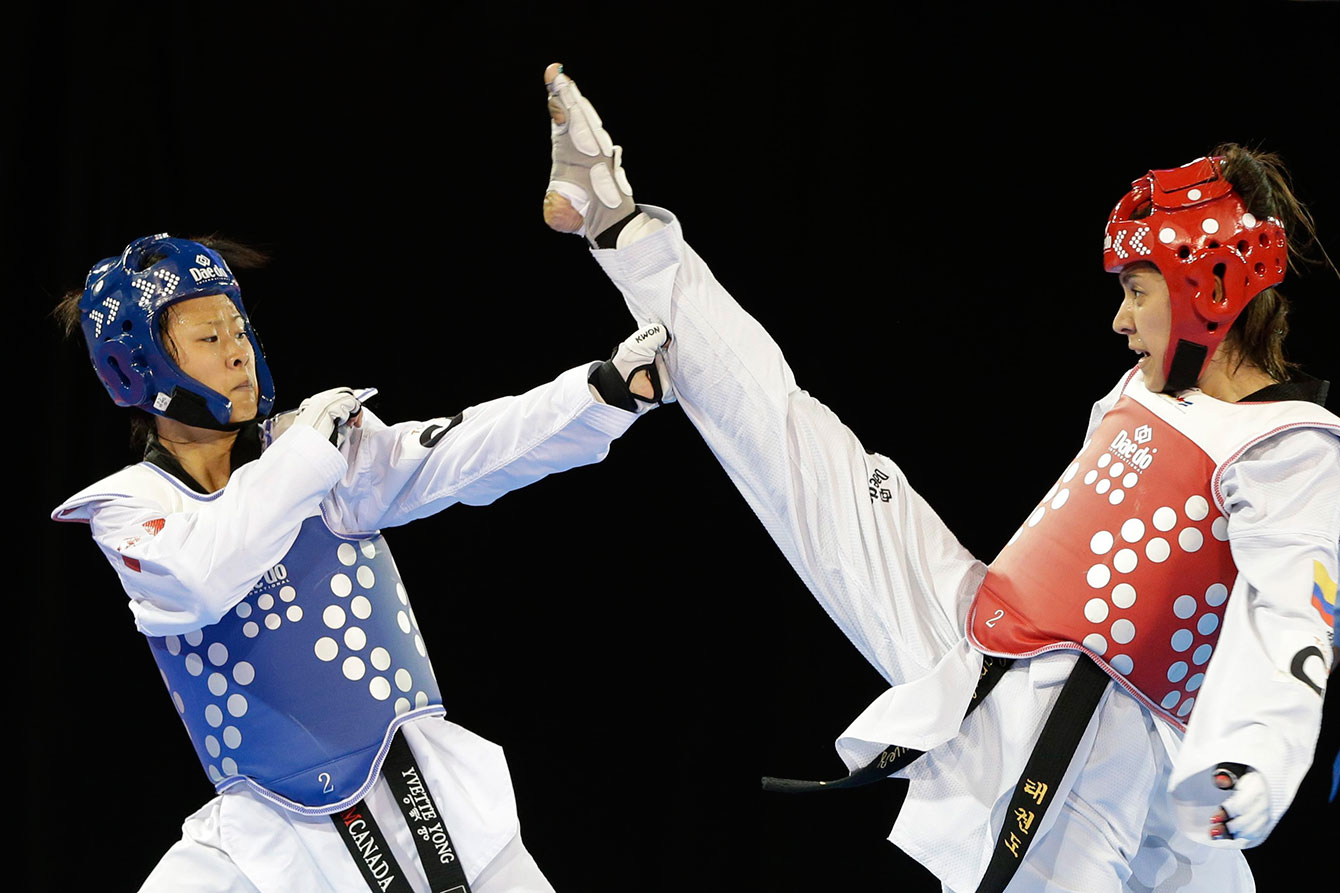 Yvette Yong avoids a kick from Colombia’s Ibeth Rodriguez during their quarterfinal. Yong won this one but went on to lose her semifinal.

She missed a medal, but found solace in the opportunity, “Look at the crowd. It’s amazing they are all here for me. I couldn’t ask for anything better. This is a dream come true, to have all my friends and family here.”

“Doesn’t matter win or lose I felt like I won for my country.” – Yvette Yong, Canada

Tyler Muscat had a short Pan Am tenure, exiting in the 1/8 stage. The 19-year-old was beaten 9-4 by Aruba’s John Maduro in men’s 58 kg. “I’m very disappointed in my performance and how the outcome went,” Muscat said.