Canada wins historic women’s Pan Am basketball gold at TO2015

Canada wins historic women’s Pan Am basketball gold at TO2015 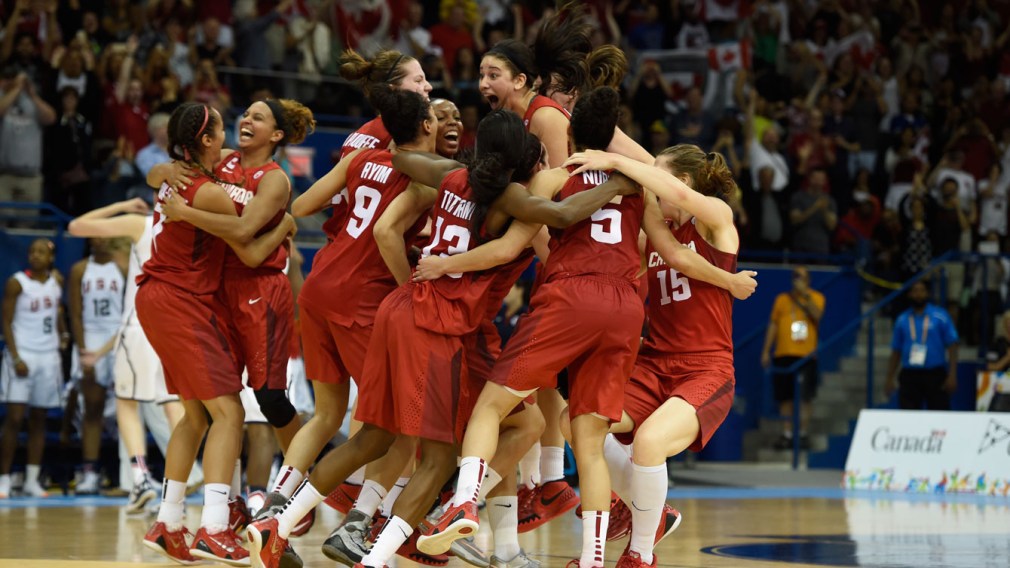 For the second night in a row, a Canadian team finished off the evening by defeating the United States to win a gold medal at Toronto 2015 Pan American Games.

Sunday it was the men’s baseball team, this time around it was a massive 81-73 win in the women’s basketball final. It is the first time that Canada has ever won gold in basketball at the Pan Am Games. The Canadian women fought hard all game and looked much more in sync than the heavily favoured American squad ranked first in the world. 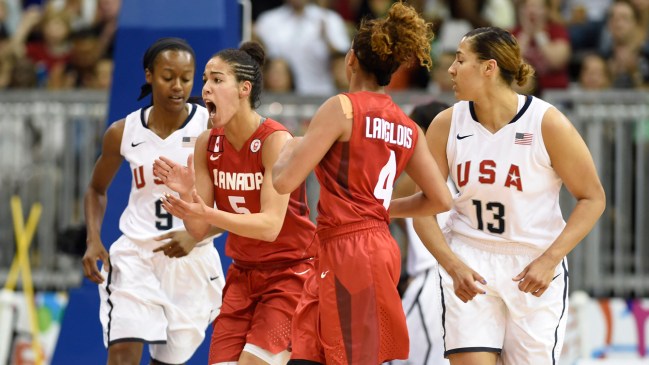 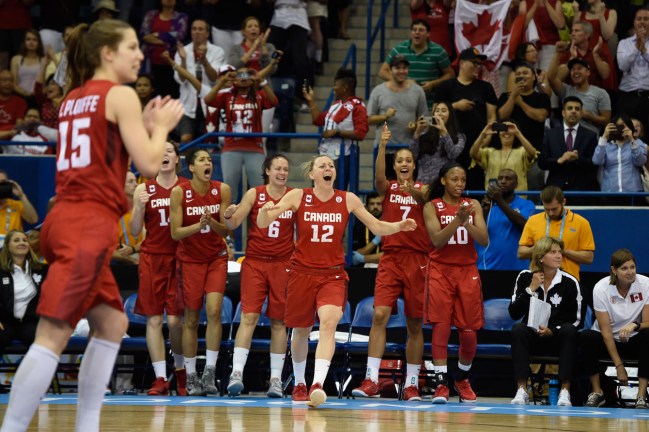 Canadian players celebrate a basket against USA at the Pan Am Games on July 20, 2015. 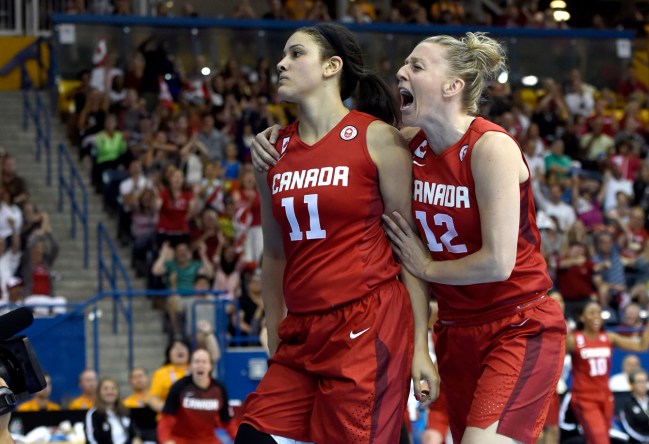 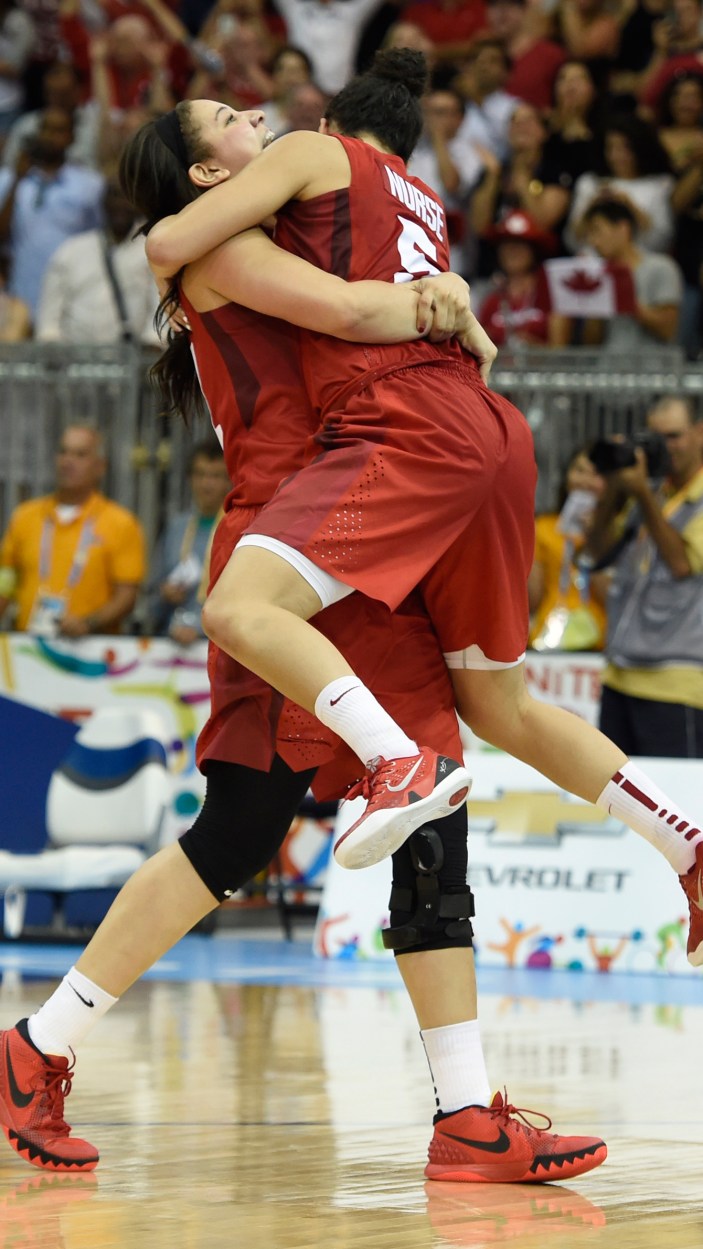 Kia Nurse jumps into the arms of a teammate as Canada beats USA 81-73 for Pan Am Games basketball gold on July 20, 2015. 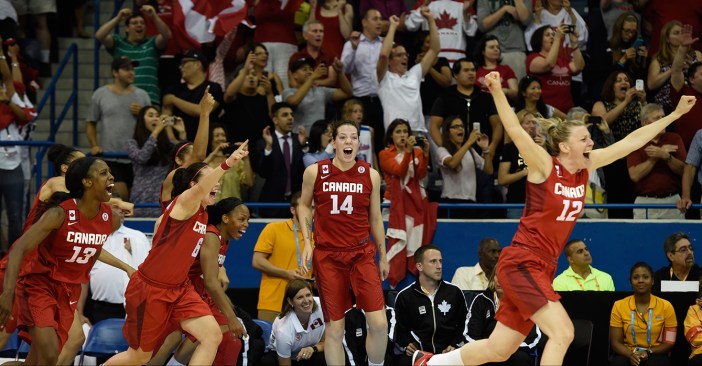 Canadian players run to the middle of the court at the buzzer after beating USA in Pan Am Games basketball for gold on July 20, 2015. 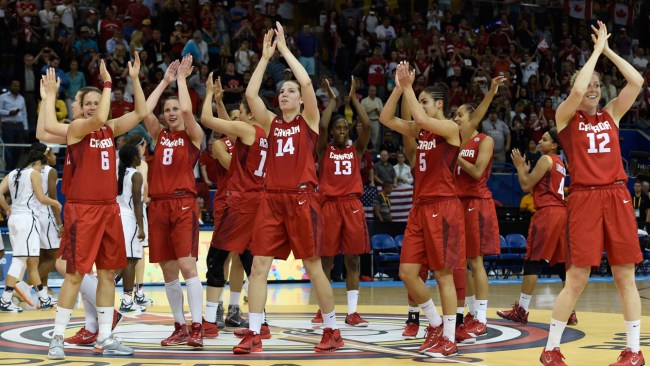 Canada came out a little slow to start the game, falling behind 23-13 after the first quarter. They woke up at the start of the second though, tying the game at 36-36 by halftime. Kia Nurse, 19, came out shooting and finished with 17 first half points.

The Canadians continued applying pressure to start the second half. Thanks to a stingy defence and potent offence, they managed to take a 48-39 lead halfway through the third quarter. By the end of those 10 minutes, Canada had built an 11-point lead at 62-51. 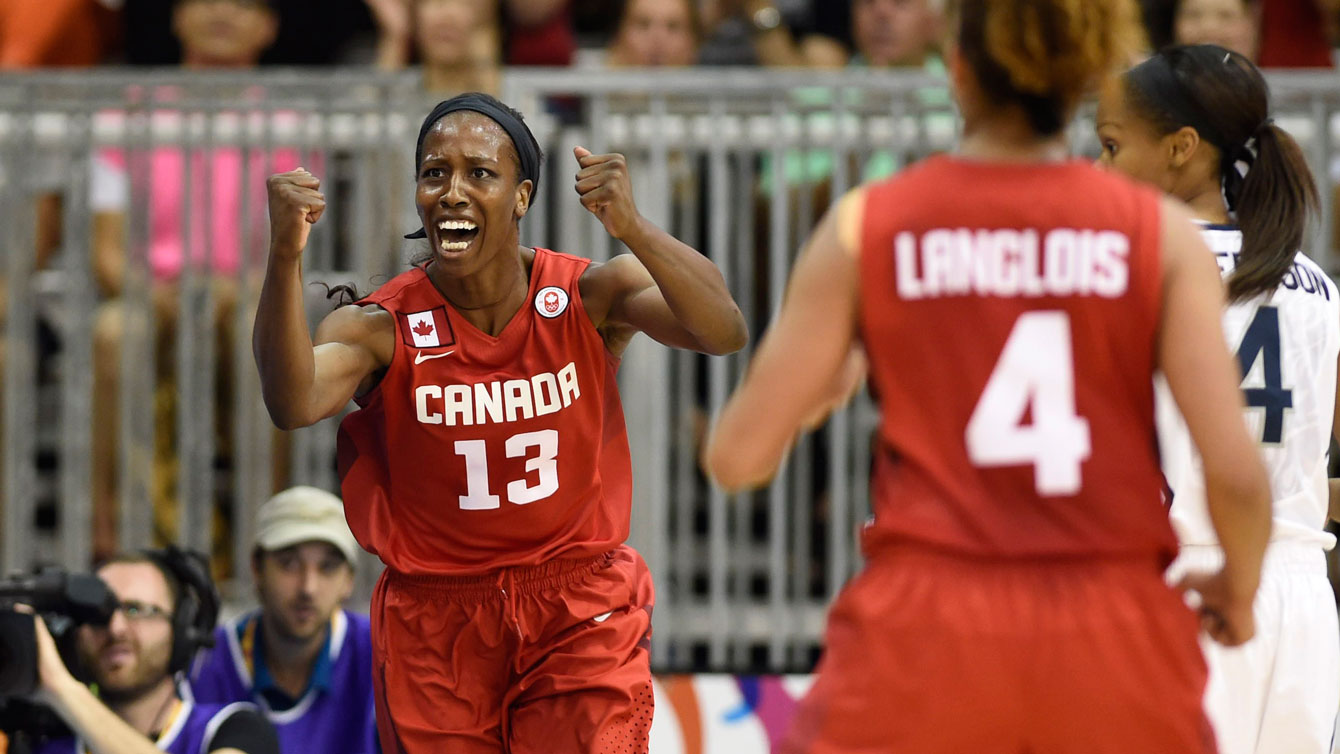 USA came out strong to start the final quarter, cutting the lead to 62-57 by the 6:30 mark. Canada didn’t panic though. They got the crowd back into it, stretching their lead to 70-61 with four minutes left. They kept the momentum rest of the way, securing the 81-73 win and the gold medal.

How Canada got to the final

Nurse was Canada’s leading scorer in the game, finishing with 33 points and three assists. Teammate Natalie Achonwa also had a strong night, adding 13 points of her own. 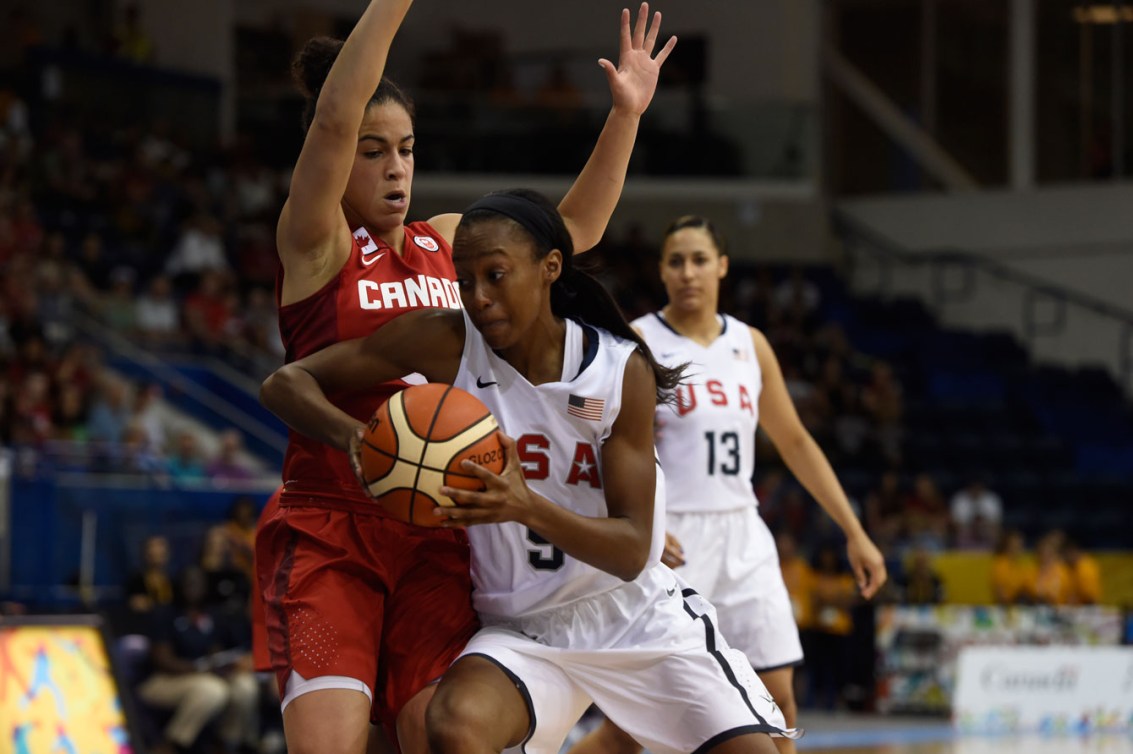 Kia Nurse (left), who is only 19 years-old, led Team Canada in scoring and played shutdown defence the entire game.

The crowd on hand at Ryerson Athletic Centre was energized the entire 40 minutes, helping push the Canadian team to a historic victory. The atmosphere was electric, with the building exploding with excitement every time Canada scored a basket.

Thanks to these talented basketball players, Canadians can rest for a second night in a row having nothing but golden dreams.

Kia Nurse should be a household name. Team Canada first ever women's b-ball gold. She and they — brilliant. pic.twitter.com/jForkXdgB4

And the ladies take it! Gold at @MattamyAC for #TeamCanada. Great game, especially #5 Kia Nurse. #TO2015 #PanAm pic.twitter.com/SWMJoHFYDR