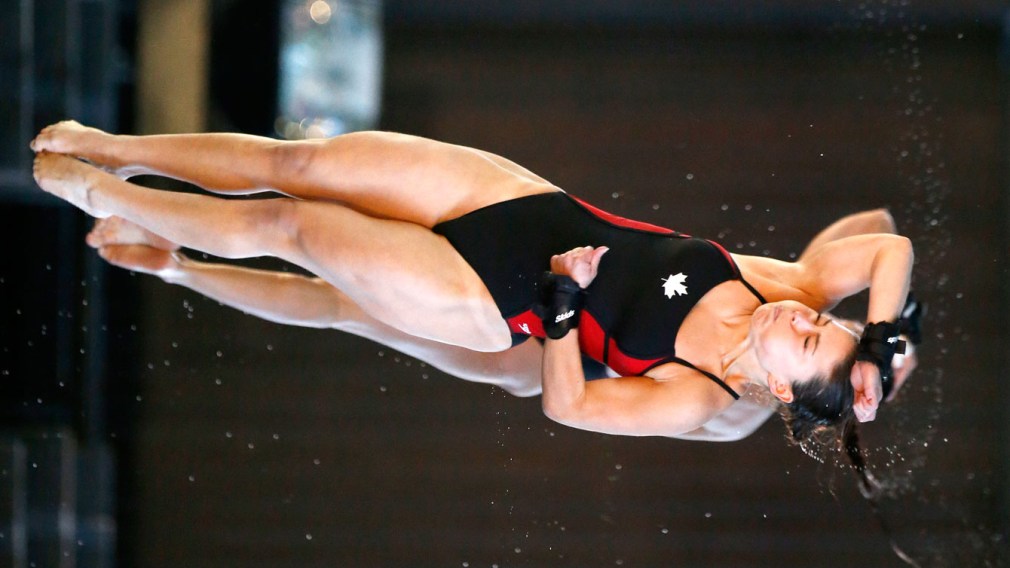 Jennifer Abel and François Imbeau-Dulac got Canada back on the medal board on Sunday, claiming a bronze medal in mixed three metre mixed synchro event. The pair’s score of 321.36 points, gave Canada its second medal of the weekend, after Meaghan Benfeito and Roseline Filion‘s 10m synchro silver (more on this below). Abel and Imbeau-Dulac found the 3m mixed synchro podium at each of the World Series events, earning a total of four medals – one gold, two silver and one bronze – to finish second overall. 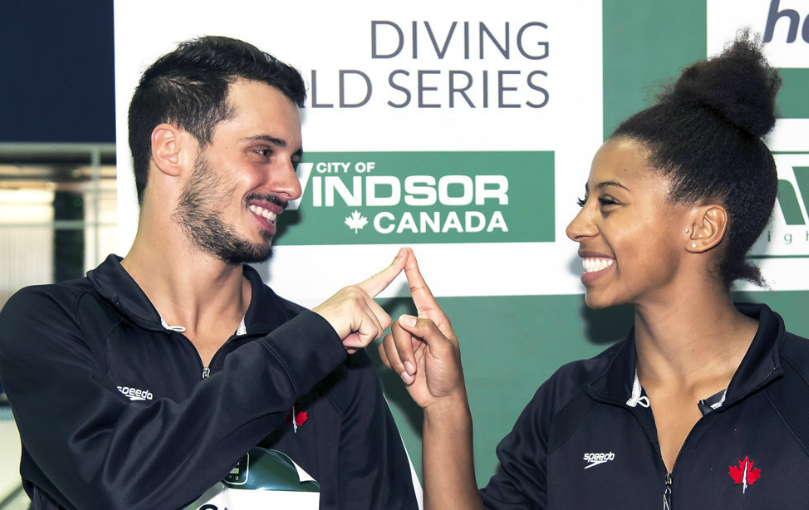 China’s Han and Wang Hao Yang won the Sunday’s event with 330.30, and with it their third gold medal of the World Series, while an impressive performance by Dolores Hernandez and Jahir Ocampo scored 327.06 to secure a silver for Mexico.

The 10m synchro duo won Canada’s first medal, after a close battle with Malaysia’s Mun Yee Leong and Pandelela Rinong Pamg. The Canadians scored 304.50 to secure the silver and finish 1.08 points ahead of the Malaysian divers. Ruolin Chen and Huixia Liu of China won with competition with a score of 340.50.

This was Benfeito and Filion’s third World Series silver medal this season. The pair earned its first at the stop in Dubai, their second came on home soil at the circuit’s stop in Windsor.