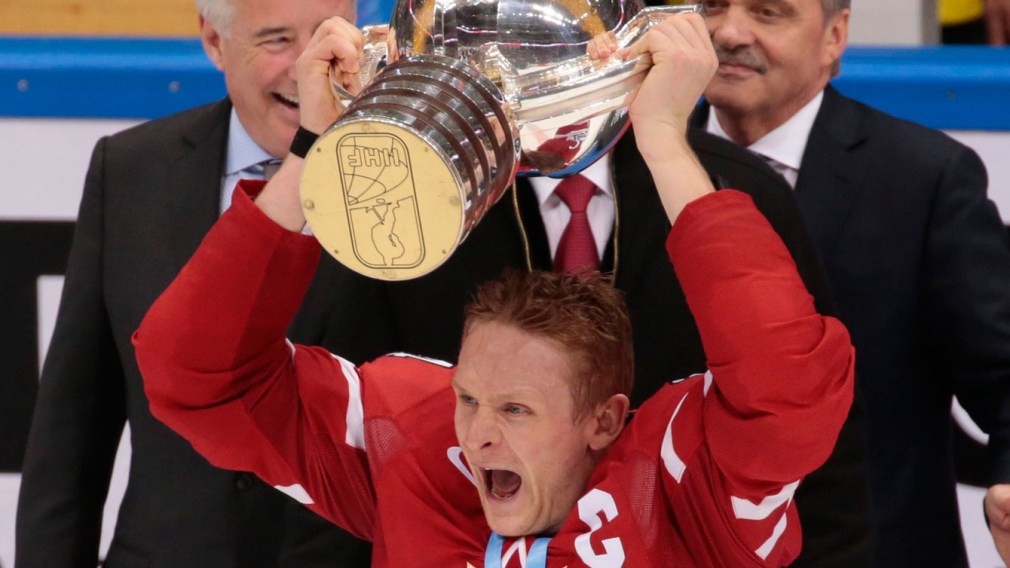 The Triple Gold Club has a new member.

The elite (now) 27 member club, which features players who have won a Stanley Cup, Olympic gold and an IIHF World Championship, welcomed Corey Perry on Sunday. Perry, who won a Stanley Cup with the Anaheim Ducks in 2007 and gold at the 2010 and 2014 Olympics, earned club status with Canada’s 2-0 win over Finland in the gold medal game of the 2016 IIHF World Championship.

The Canadian captain finished the tournament with four goals and five assists in 10 games. Canada went 6-1 in the preliminary round before beating Sweden in the quarterfinals, the United States in the semifinals and Finland for gold.

Perry, whose Ducks were eliminated in the first round of the Stanley Cup playoffs this year, is no stranger to international hockey. The Peterborough native has now played in three world championships, two Olympics, a world junior and an under-18 championship.

Of the 27 players in the Triple Gold Club, 10 are Canadian. Thanks to Canada winning men’s hockey gold in the past two Olympics, no non-Canadian has entered the club since three Swedish players joined in 2008.

Canadian Mike Babcock is the only coach in the Triple Gold Club, winning a World Championship in 2004, a Stanley Cup in 2008 and Olympic gold medals in 2010 and 2014.

Either Jay Bouwmeester of the St. Louis Blues or Patrick Marleau of the San Jose Sharks could join the club this year as well. Both have won Olympic golds and world championships but are still looking for a Stanley Cup title. The two are currently facing each other in the NHL’s Western Conference final.