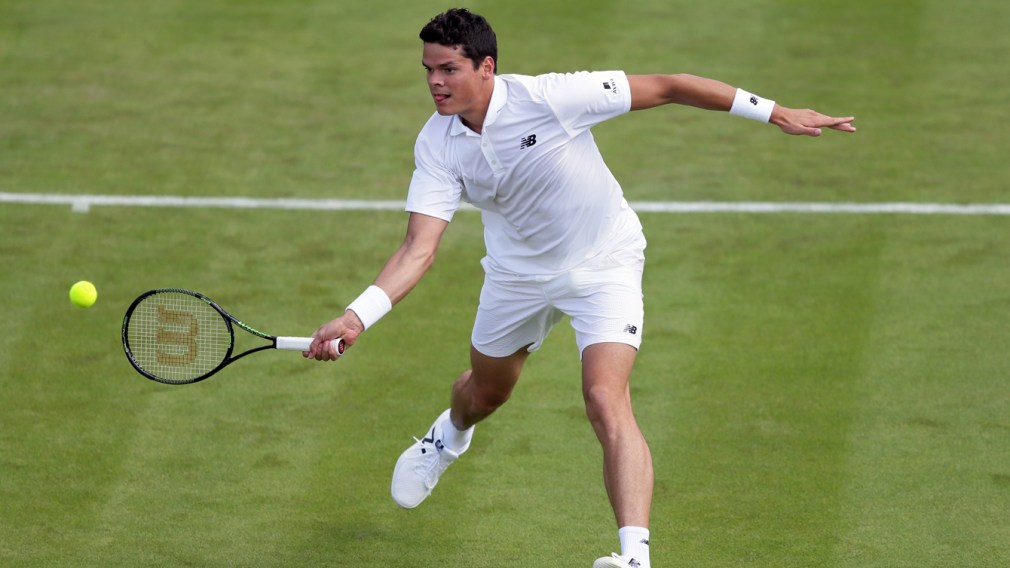 Milos Raonic is off to a good start at Wimbledon.

The Canadian opened The Championships with a straight sets win over Spain’s Pablo Carreno Busta, winning 7-6 (4), 6-2, 6-4 on Monday at the All England Club.

RELATED: The Canadian behind Wimbledon’s grass

The opening set needed a tiebreak, where Raonic – who delivered 14 aces in the set – ultimately edged Carreno Busta. The second set was a much more dominant performance by the Canadian, who needed just 29 minutes to win 6-2.

Carreno Busta wouldn’t go away easily in the third set. Raonic went up a break and maintained 3-1, 4-2 and 5-3 leads, with the Spaniard hanging on to hold subsequent service games. The world’s No. 7 finally won the match on a backhand forced error from Carreno Busta in the decisive point.

Raonic, seeded sixth at the tournament, delivered 27 aces in the win.

With the victory, Raonic moves on to the second round at Wimbledon for the sixth consecutive year. He’ll play world No. 45 Andreas Seppi of Italy next, who defeated Guillermo Garcia-Lopez in straight sets on Monday.

Raonic, 25, struggled with injury and was eliminated in the third round of The Championships last year, after previously reached the 2014 semifinals.