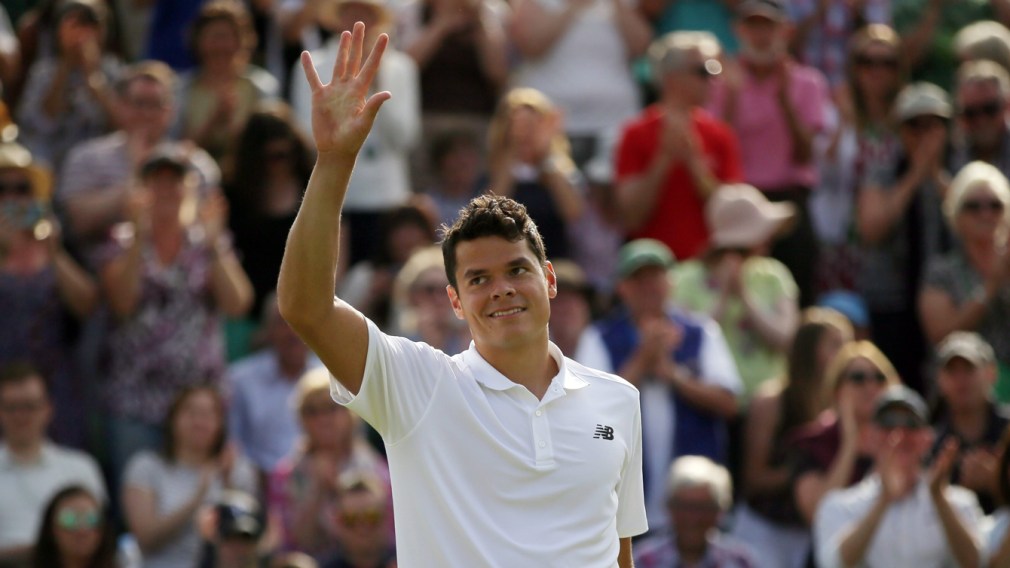 Four of Canada’s top tennis stars are heading to the Olympic Games after nominations were announced on Thursday. 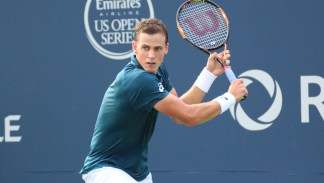 Vasek Pospisil at the 2015 Rogers Cup. 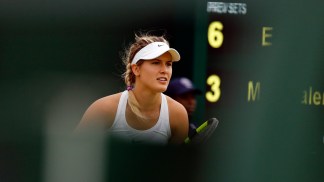 Eugenie Bouchard of Canada waits to receive a serve from Magdalena Rybarikova of Slovakia during their women’s singles match on day two of the Wimbledon Tennis Championships in London, Tuesday, June 28, 2016. (AP Photo/Alastair Grant) 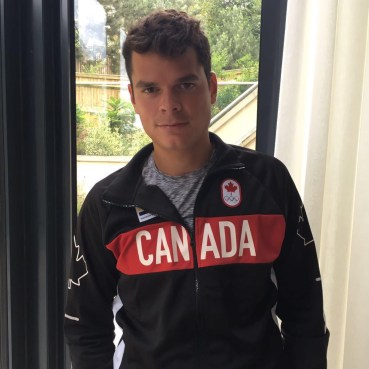 Milos Raonic sports his Team Canada nomination jacket at Wimbledon after being named to the Olympic Team on June 30, 2016. 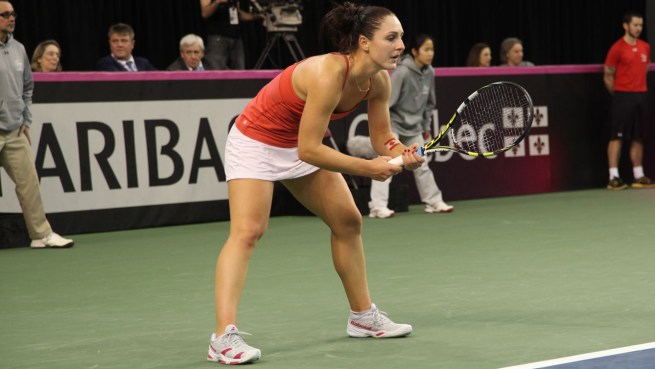 Gabriela Dabrowski waits for Tereza Smitkova of the Czech Republic to serve in their 2015 Fed Cup World Group match.

Raonic and Pospisil have both played in the Olympics, making their Games debut at London 2012 four years ago. Incidentally, all four Canadian players are at Wimbledon at the moment, where the London tournament took place.

Raonic, Pospisil and Bouchard will play in singles. They’ll also take the court in doubles action with Raonic and Pospisil teaming up on the men’s side. Meanwhile Dabrowski will pair up for women’s doubles with Bouchard. Prospects for mixed doubles will be decided on the ground in Rio.

Excited to be headed to #Rio2016 with @TeamCanada. Let's battle 🇨🇦

The seventh ranked player in the ATP tour, Raonic – who freely and regularly admits his love for representing Canada on the international stage – must be considered a medal shot in singles. His doubles partnership with Pospisil will feature two hard-serving players on the same side of the court, though Raonic’s ongoing improvement at the net provides intriguing prospects.

Recently, Raonic took part in the Ice in our Veins promotional video for Team Canada ahead of Rio 2016, featuring many of Canada’s top summer Olympians who will be bidding for a medal in Brazil in August.

RELATED: April to August – Raonic readies run up to Rio

Shortly thereafter, Raonic made his summer goals public, putting the season’s majors on par with the Olympic Games in his singular ambition to be the world’s best at his craft. 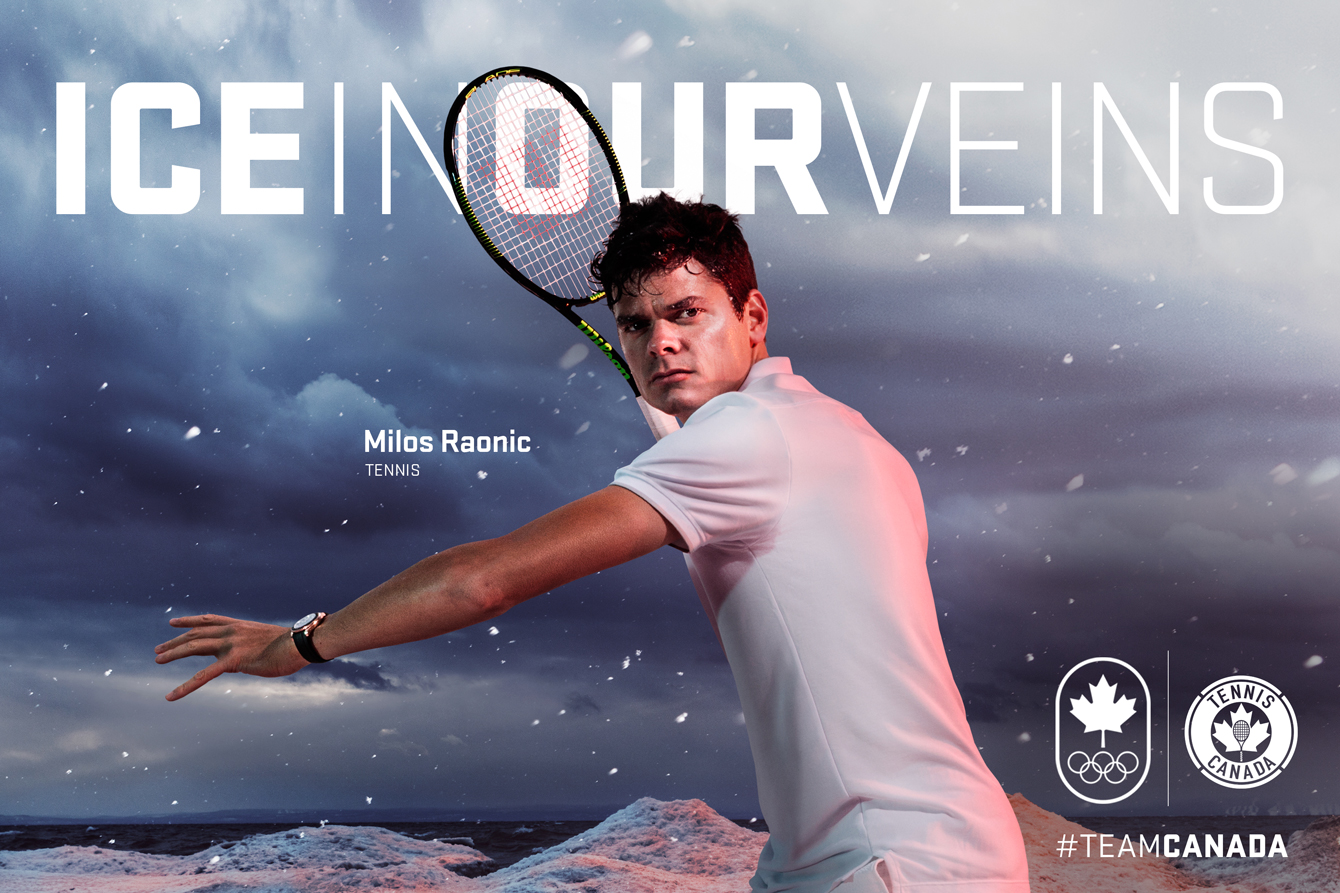 Milos Raonic’s poster from the Ice in our Veins promotional shoot ahead of Rio 2016.

For Bouchard and Dabrowski, action in Brazil will mark their inaugural Olympic tournament.

Bouchard had risen to fifth in the WTA rankings in 2014. A form she is working to regain this year after a tumultuous last season, and the Olympics can serve as a platform for that comeback in singles. When she hits the court in doubles, Bouchard will find a reliable partner in Dabrowski, whose best matches have come in doubles.

International Tennis Federation’s Olympic qualifying criteria based on rankings determine which players have earned the right to play Olympic tennis. This was touched on by Tennis Canada in its joint press release with the Canadian Olympic Committee.

A notable omission for Canada sees five-time Olympian and Sydney 2000 gold medallist in men’s doubles Daniel Nestor, who wasn’t in a favourable position when the qualification criteria closed on June 6.