Raonic returns to Wimbledon semifinals with win over Querrey

Raonic returns to Wimbledon semifinals with win over Querrey 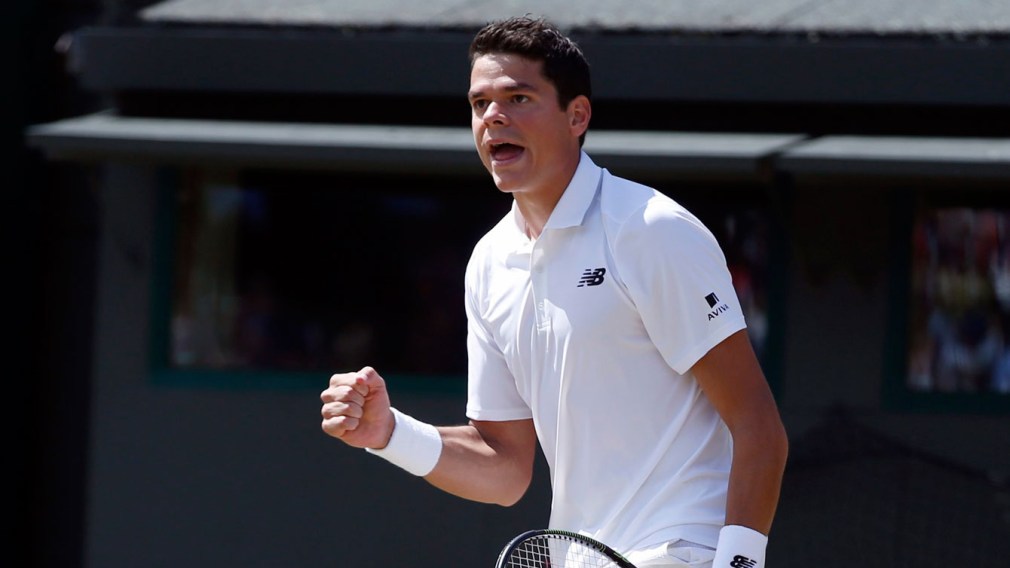 A Canadian is back at the semifinals of Wimbledon.

Key breaks at crucial stages gave Milos Raonic the space he needed to beat Sam Querrey of the United States 6-4, 7-5, 5-7, 6-4  on Wednesday, taking the Canadian back to the men’s last four at the All-England Club.

Now two wins away from his first major title, 25-year-old Raonic has been here before, reaching the semifinals in 2014, in an unprecedented year for Canadian tennis when Genie Bouchard made the women’s final and Vasek Pospisil was one half of the men’s doubles championship winning side with Jack Sock.

RELATED: Raonic reaches quarterfinals
Raonic at 2016 Wimbledon: 3rd round | 2nd round | 1st round

With both Raonic and Querrey holding serve throughout the first set, a chance arrived for the Canadian to go ahead while up 5-4. Querrey, facing break point, blasted a return to the wrong side of the baseline, giving Raonic the one set lead. 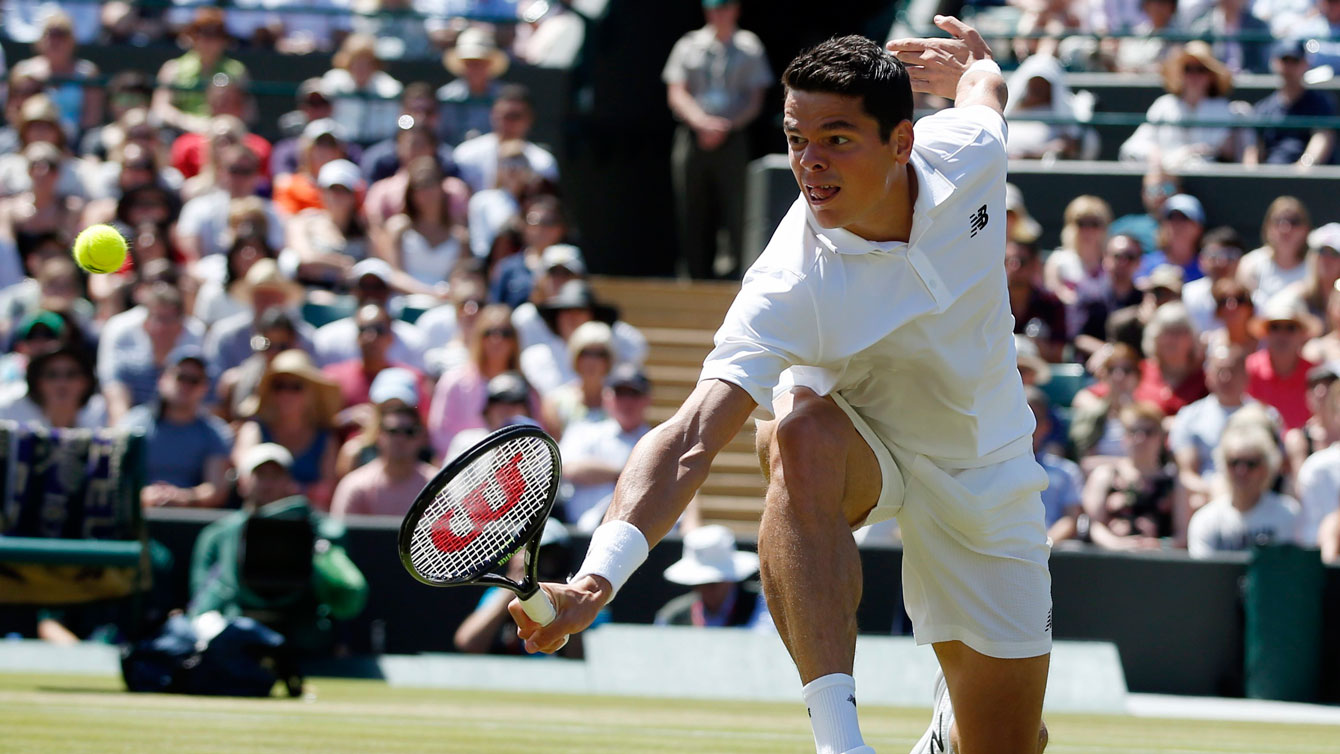 Milos Raonic reaches to connect on a backhand shot against Sam Querrey at Wimbledon quarterfinals on July 6, 2016.

The pair again refused to relent on service for most of the second set, the frame threatening to go the distance. That’s when up 6-5, Raonic found himself two points from winning another set when Querrey once more missed the baseline on a forehand. It happened again to Querrey, on a backhand in the next point, setting Raonic up for an enviable chance to break. With the pressure on Querrey, the American hit a forehand into the net in the next rally, giving Raonic the set and putting the Canadian one set away from victory.

When it looked like the first set scenario might repeat in the third, Querrey came right back to hold and for the first time, break Raonic to win a set. At 5-5 in the set and 30-30 in the next game with Raonic on serve, the Canadian uncharacteristically doubled faulted to give Querrey a look at his first break point. In the next exchange, Querrey went up 6-5. He then served out the set to close the gap against Raonic, two-sets-to-one.

In the fourth, something similar to the first set did repeat itself again at the business end. Raonic served to go ahead 5-4, piling the pressure on Querrey again to save the match. The Canadian sprinted ahead to a love-30 lead before Querrey pulled one back when Raonic missed the mark with a forehand. Momentum was short-lived however, as double faulted to set up match point. In the final rally, Querrey slammed a forehand volley into the net as Raonic sealed the win.

Raonic’s semifinal will be against Roger Federer on Friday. The seven-time Wimbledon champion from Switzerland in a heavy crowd favourite, and on Wednesday, thrilled Centre Court coming back two sets down to beat Marin Ciclic of Croatia.

Federer and Raonic have met 11 times, with the Swiss player winning nine of the contests. However, in their most recent encounter on hard court Raonic beat Federer to take the title in Brisbane.