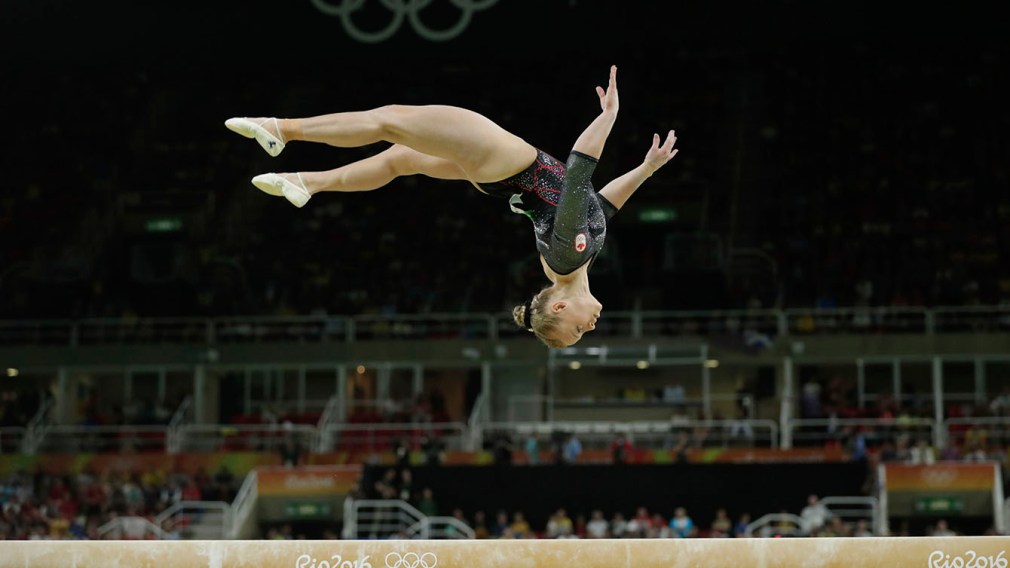 With every major international meet, Ellie Black continues to set Canadian best ever standards. On Thursday she did it one more time, finishing fifth in the artistic gymnastics individual all-around final at Rio 2016.

Black rebounded from Sunday’s qualification round in which she fell off her best apparatus, the beam, with four solid performances. Her final score of 58.298 points left her just 0.367 behind bronze medallist Aliya Mustafina of Russia. It was a 1-2 finish for the United States courtesy of three-time world champion Simone Biles (62.198), who ran away with the gold medal by 2.1 points over teammate Aly Raisman (60.098). 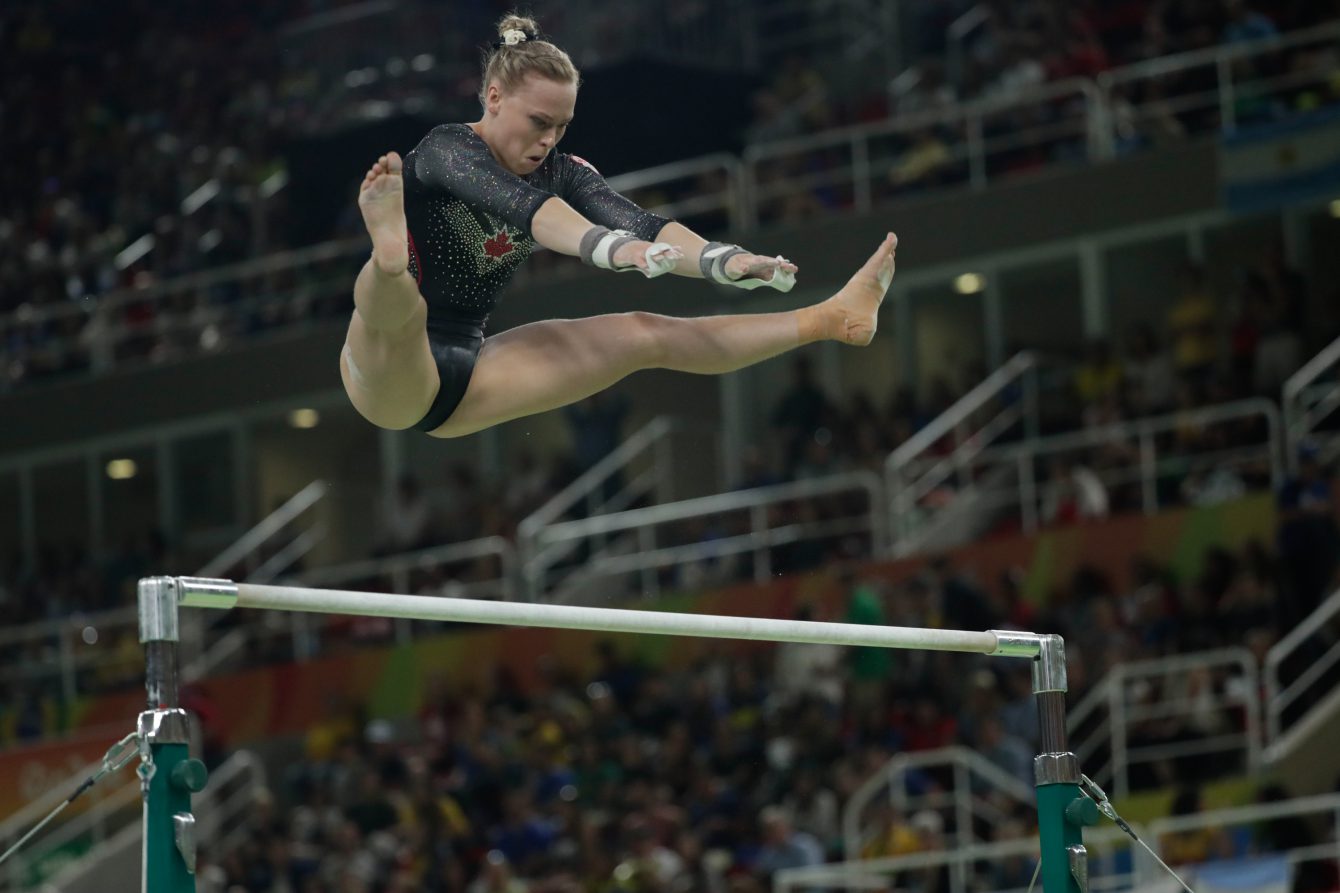 Competing in the same rotation with teammate Isabela Onyshko, who had been the top Canadian in qualification with her 10th place result, Black began the all-around final on the uneven bars, which ended up being the highlight of the day for her.

“I just upgraded that,” she said of the increased difficulty. “I hit it first day, I was so excited. I didn’t show how excited I was because I was so concentrated on the team but to hit that again second day that’s a new thing for me. I’ve never competed it before the Olympics so I just kind of decided that I wanted to do it and to be able to go out and hit that both days that’s a really big thing for me.” 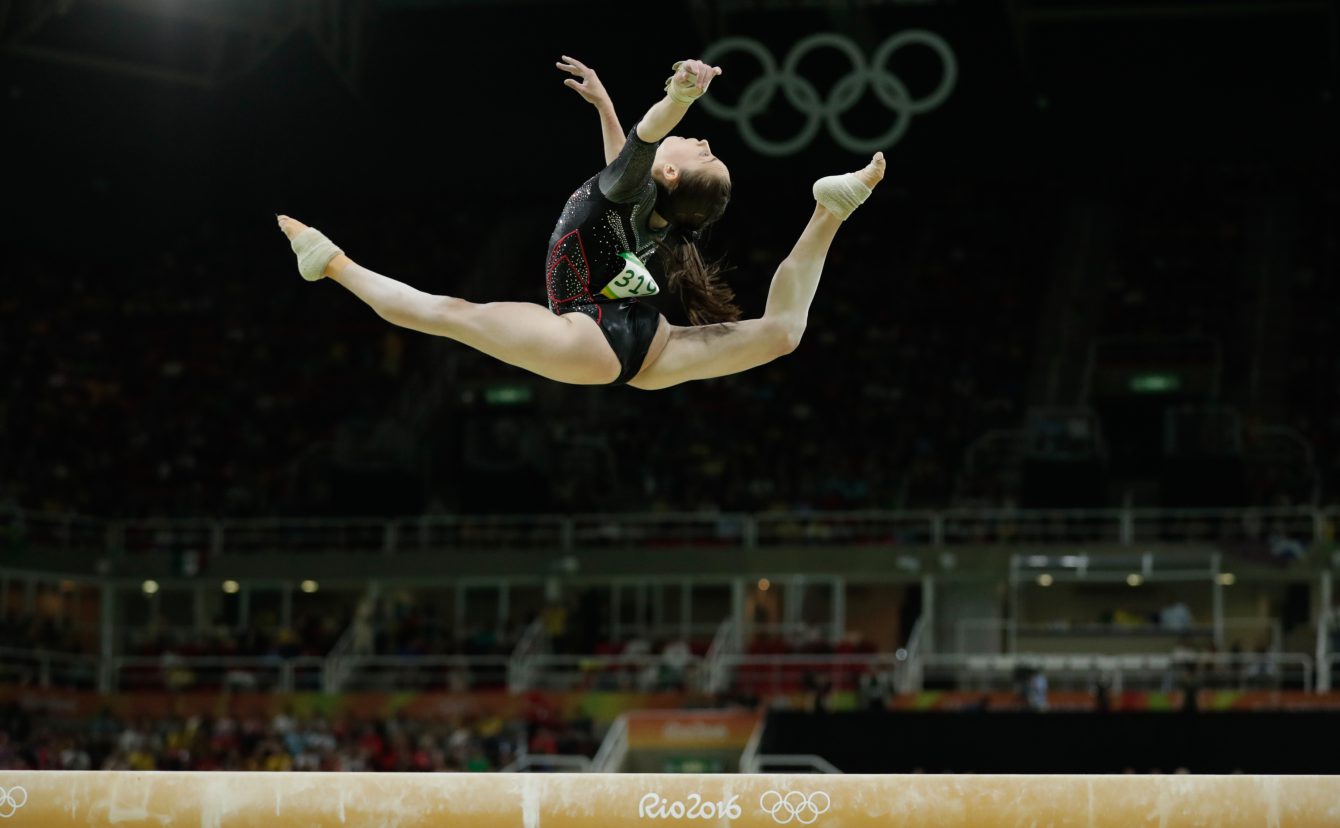 The Canadians then proceeded to the beam, the apparatus on which Onyshko is qualified to compete in the eight-woman event final on Monday. With just some minor balance checks, Black scored 14.566 to record a fifth place result, her best of the day.

“Beam was a little shaky but I was able to stay on the beam which was a definite improvement from first day,” she self-assessed.

From there it was onto a “pretty good” floor routine and a “great” front full pike vault to close.

“Looking at the scores, I try not to until the end,” said Black. “All you can do is go out there and try your best and you have to be happy with that.” 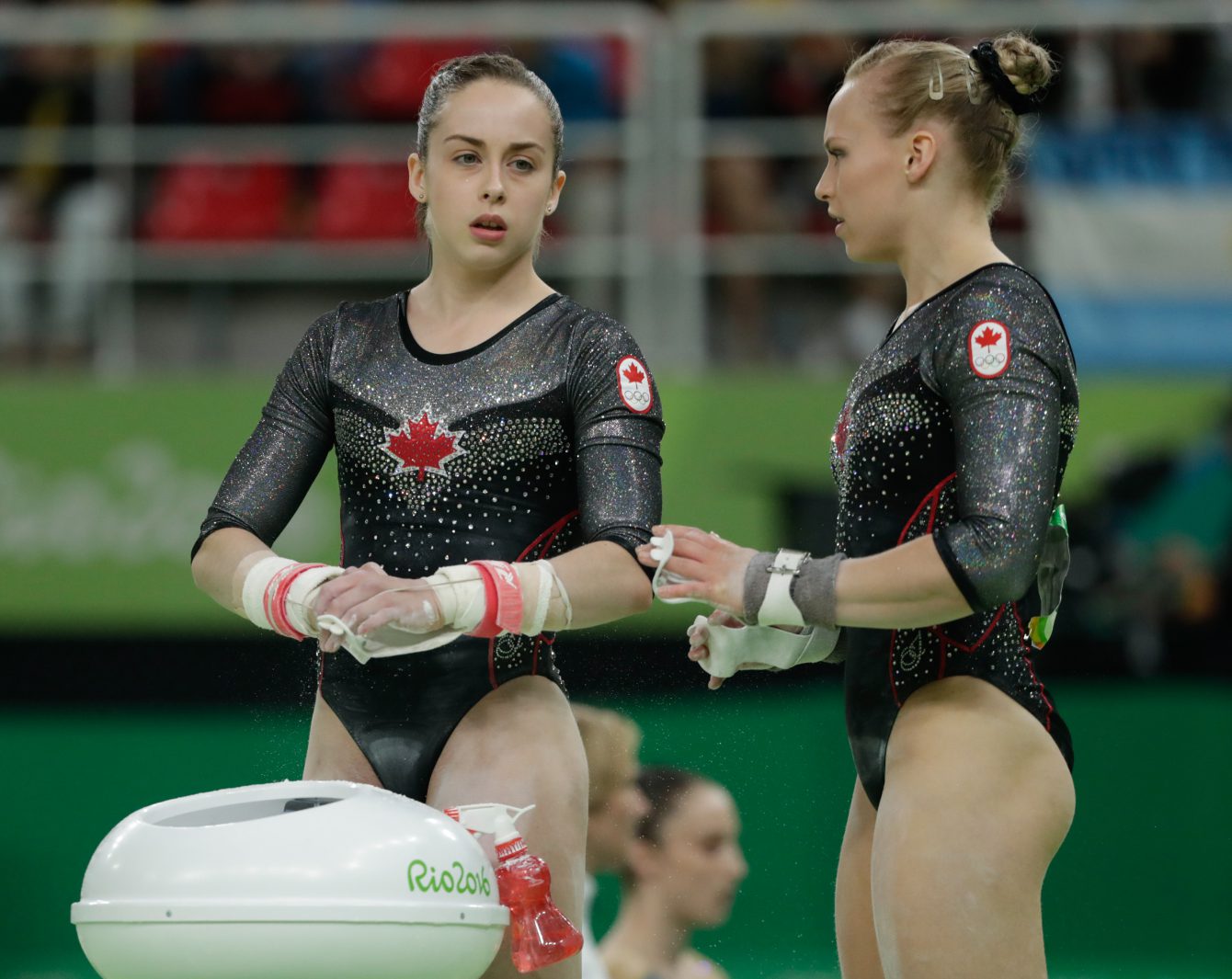 When she did finally look at the scoreboard, she happened to see her name in third place. But that was before Biles and Raisman had competed on their final event, floor exercise.

“I took a picture of that! You can dream,” Black laughed with reporters. “My goal was just to go out there and hit my routines and you know you can always think about what if you did something better but then you can also look back and say what if you had fallen on something. I’m very happy with the performances I was able to give and I wouldn’t trade that for anything.” 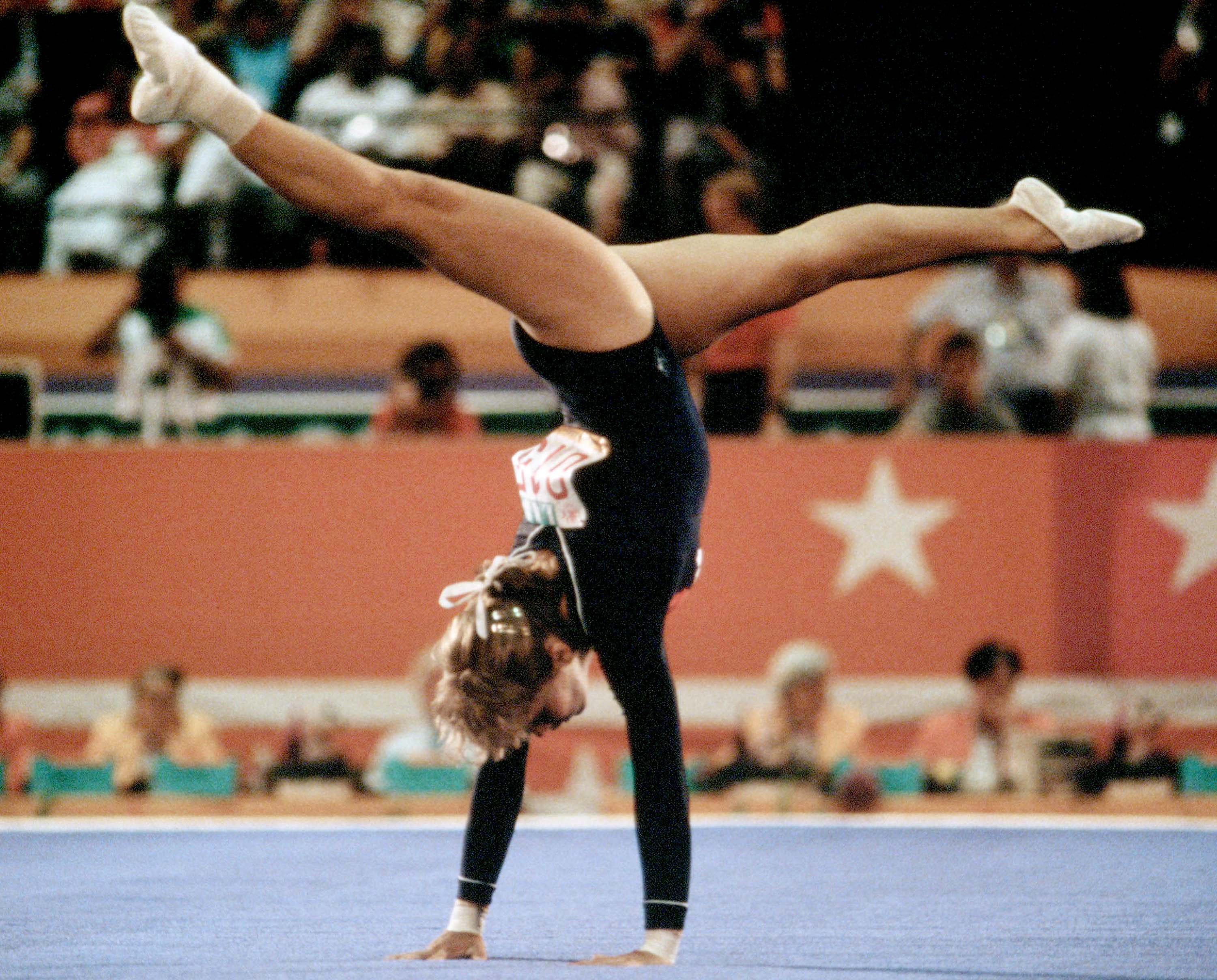 Black easily surpassed the previous Canadian best-ever finish in an Olympic individual all-around, Bonnie Wittmeier’s 13th place showing at Los Angeles 1984. By finishing fifth, she also showed continual improvement from the last two world championships when she finished ninth in 2014 before moving up to seventh in 2015.

“To be ranked fifth in the world, I mean it’s just a number,” said Black. “We wanted to come out and give another shot at showing for the whole team what we’re made of. So I think we did a fantastic job of that. Canada is one of those top countries now.”

Onyshko finished 18th in the all-around after some wobbles but remained optimistic for the beam final, for which Black said she would be the number one cheerleader. 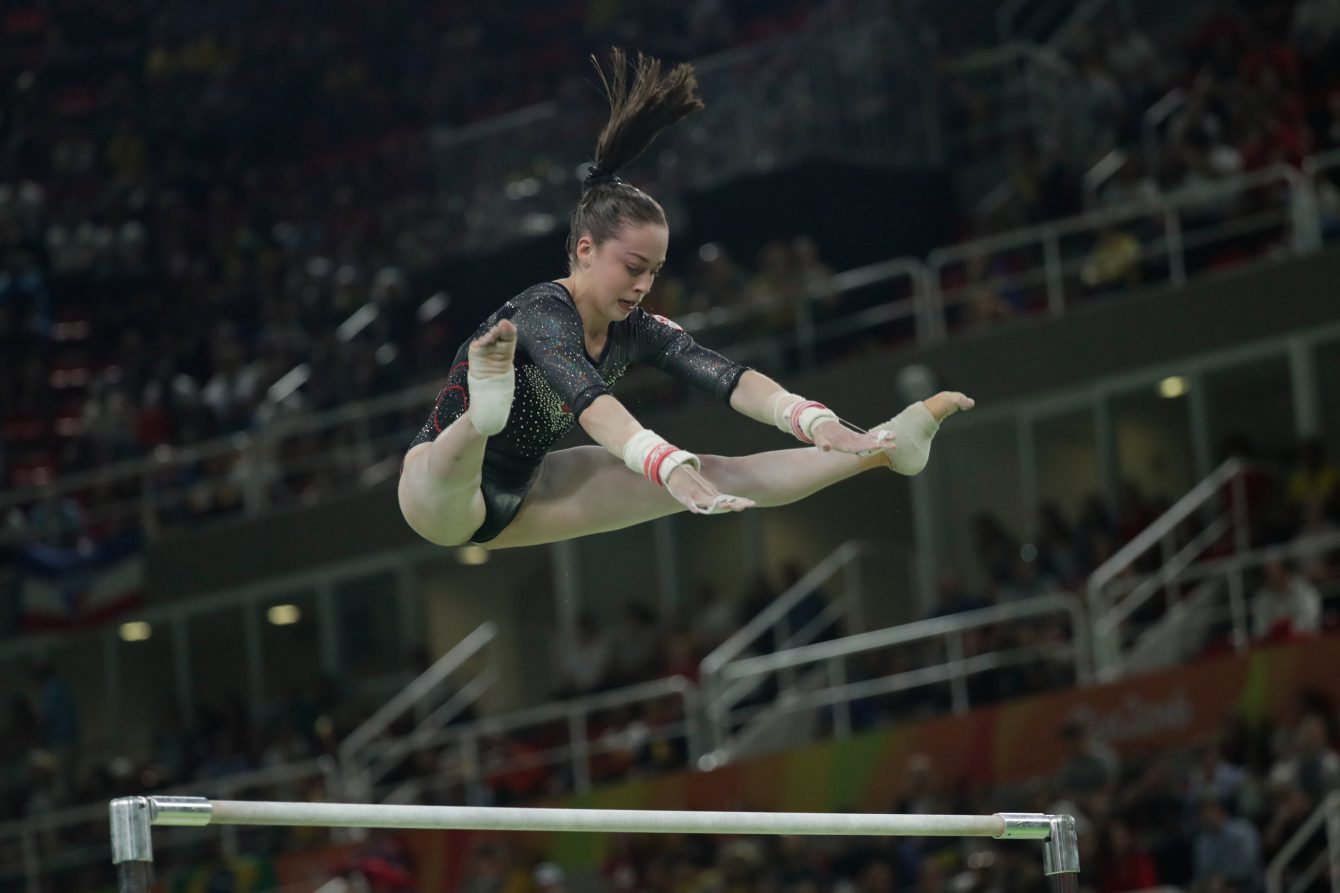 “The worst I can be is eighth in the world, so I just gotta go out there and show them what I’ve got,” Onyshko said. “Anything can happen.”

Shallon Olsen, the youngest athlete on all of Team Canada, will compete in the vault final on Sunday.