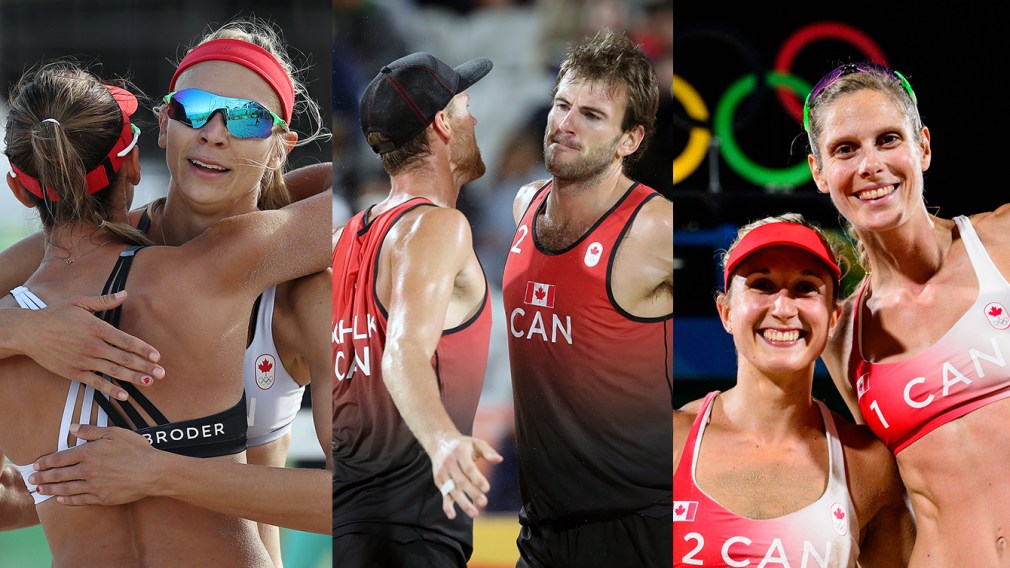 Canada will have three teams in the Rio 2016 beach volleyball tournament.

Both Canadian women’s duos – Sarah Pavan/Heather Bansley and Jamie Broder/Kristina Valjas – advanced to the next phase and will face each other in the round of 16 on Saturday.

On the men’s side, Ben Saxton and Chaim Schalk made the playoffs and will meet the Netherlands on Saturday. Canada’s other men’s team, Josh Binstock and Sam Schachter, did not make it through to the playoff round.

Here is a recap of how the Canadian duos reached the playoff stage. 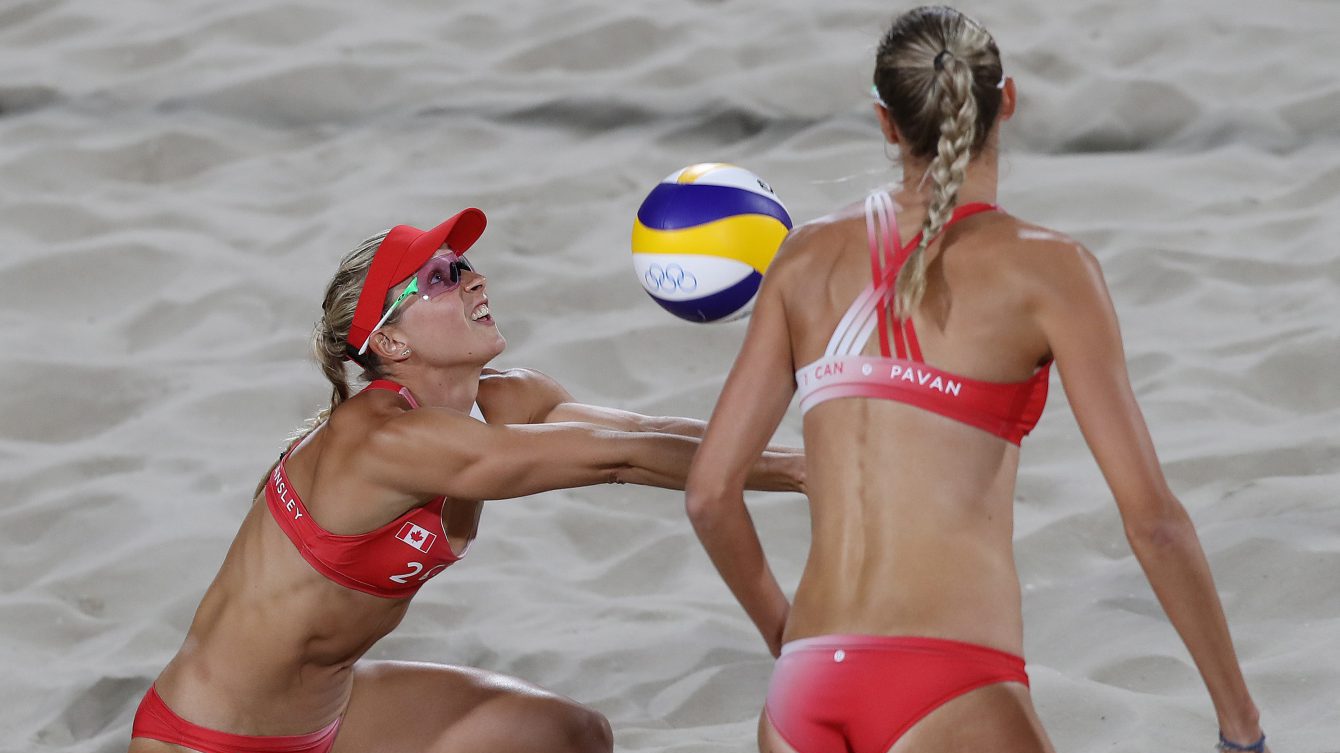 Pavan/Bansley finished their Rio 2016 group stage with a perfect campaign, winning all three games they played. The last one was a 2-0 (21-19, 21-15) over Germany’s Karla Borger and Britta Buthe on Thursday.

“It feels great to win that match. We expected Karla and Britta to come out and play strong, they were in a do or die situation and wanted to make it out of the match, so we knew it would be a tough match,” said Bansley. 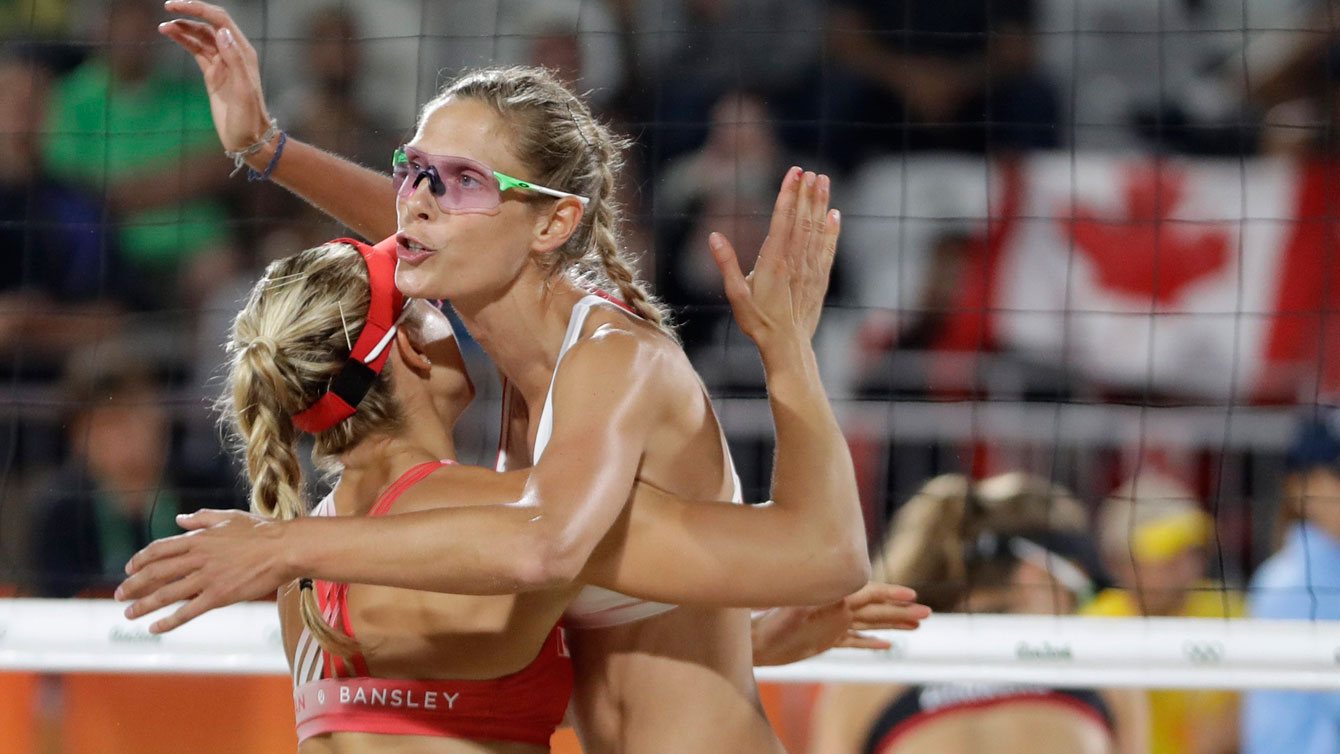 This was the third-straight two-set win for the Canadian duo in Rio.

“Coming into the tournament we looked at our group and thought that it would be a big challenge, all the teams are very strong. It was a good starting point to have that tough challenge early to prepare us for the knockout rounds coming up,” said Pavan. 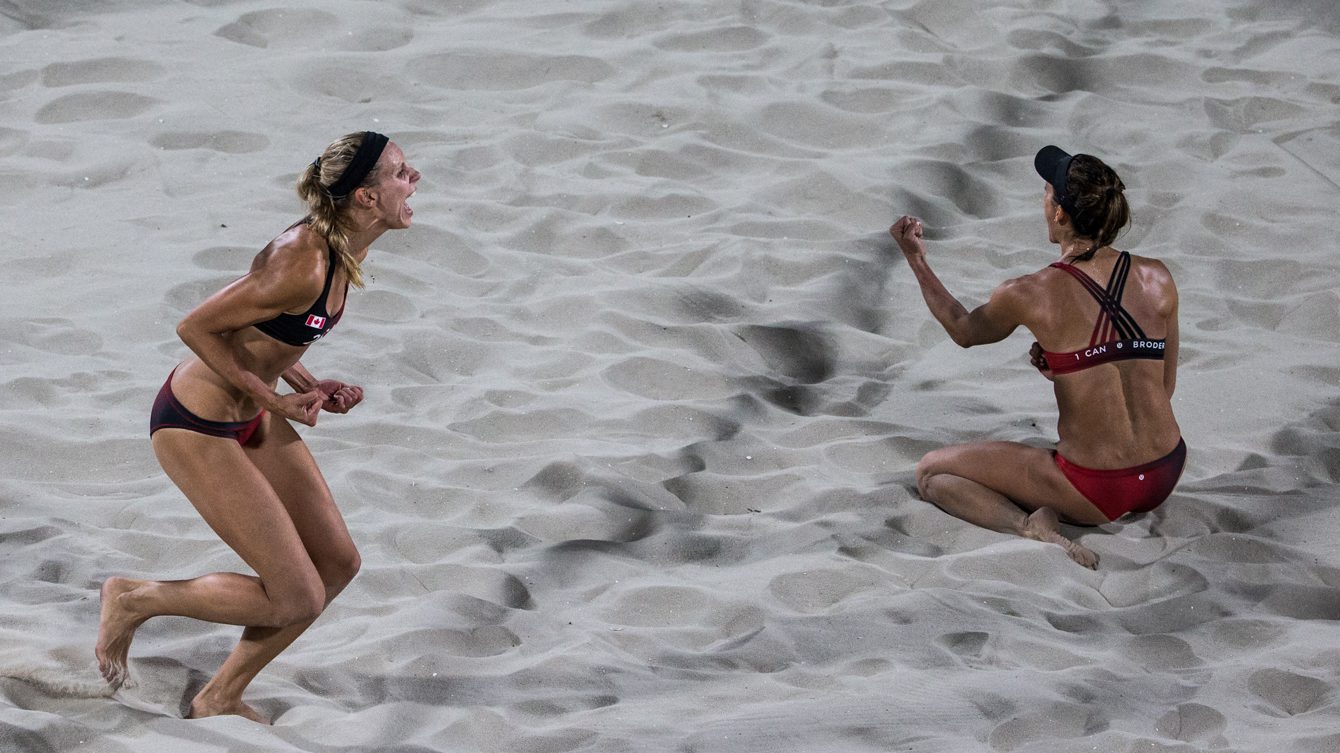 “Well, it was pretty windy today, and it doesn’t really matter what your level of play is, you just have to really focus on every point on your side,” said Valjas. “I think we did a good job at that. Despite some plays being really ugly, we made them work.” 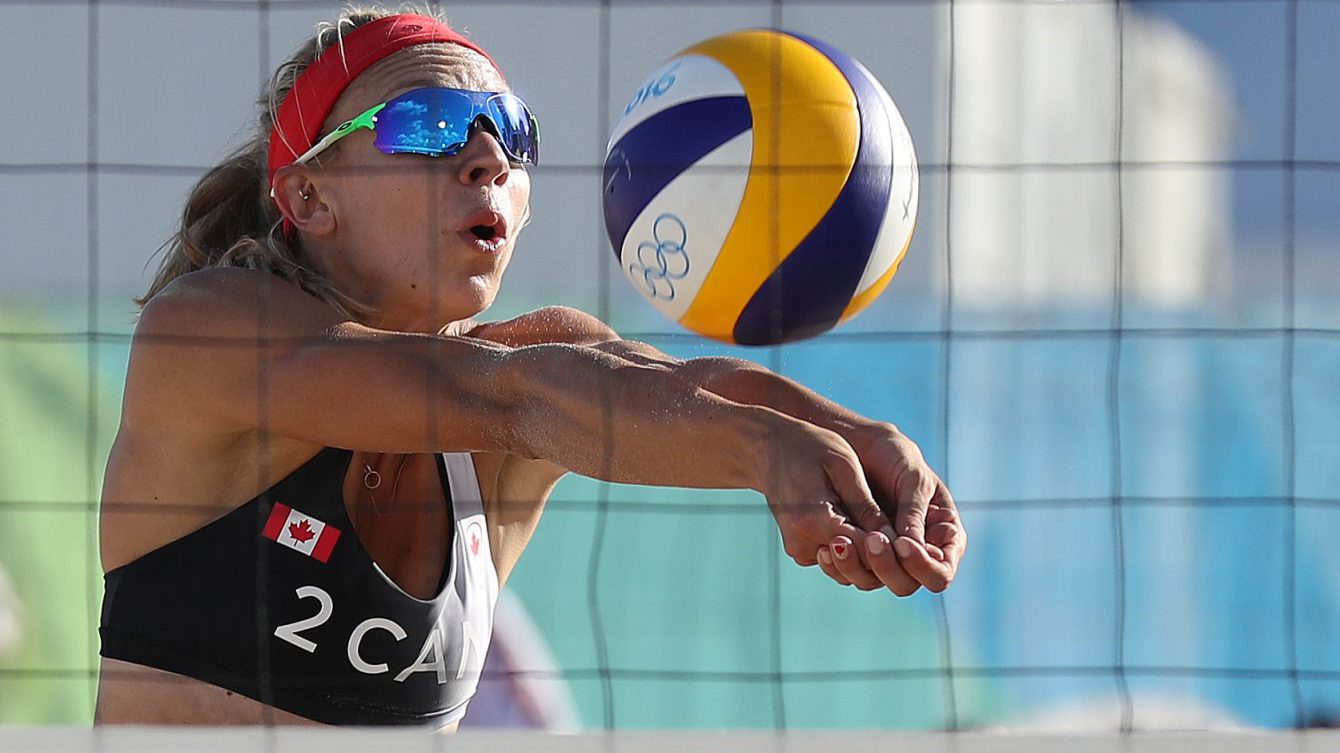 With the win in the last round of pool play, Broder/Valjas finished second in their group.

“We hope to keep winning, I think we’re getting rolling now. We’ve had a lot of matches and experience so I think we’re feeling ready,” said Broder. 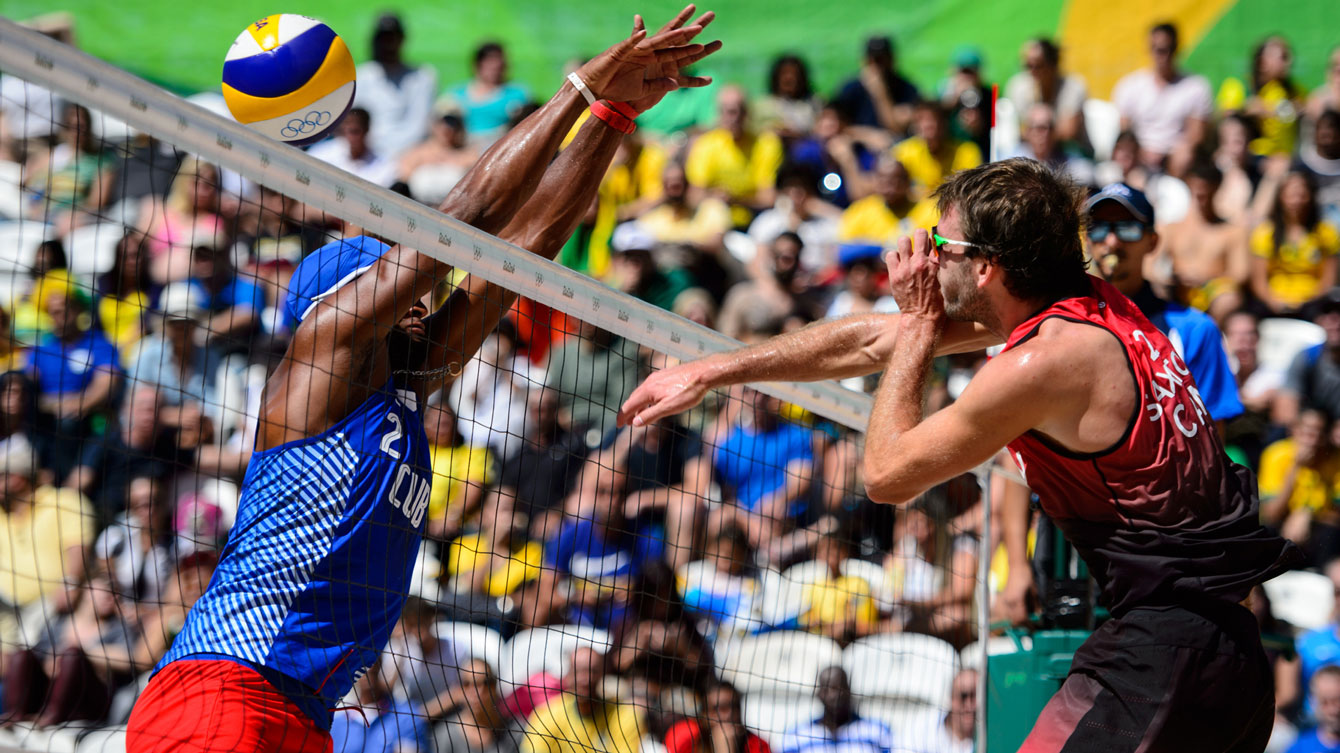 “We just weren’t quite at our best and some of the ball control wasn’t going as it normally goes. They are on fire right now and we were unable to slow them down,” said Schalk.

The result, combined with Brazil’s victory over Latvia, led Saxton/Schalk to the lucky loser match. 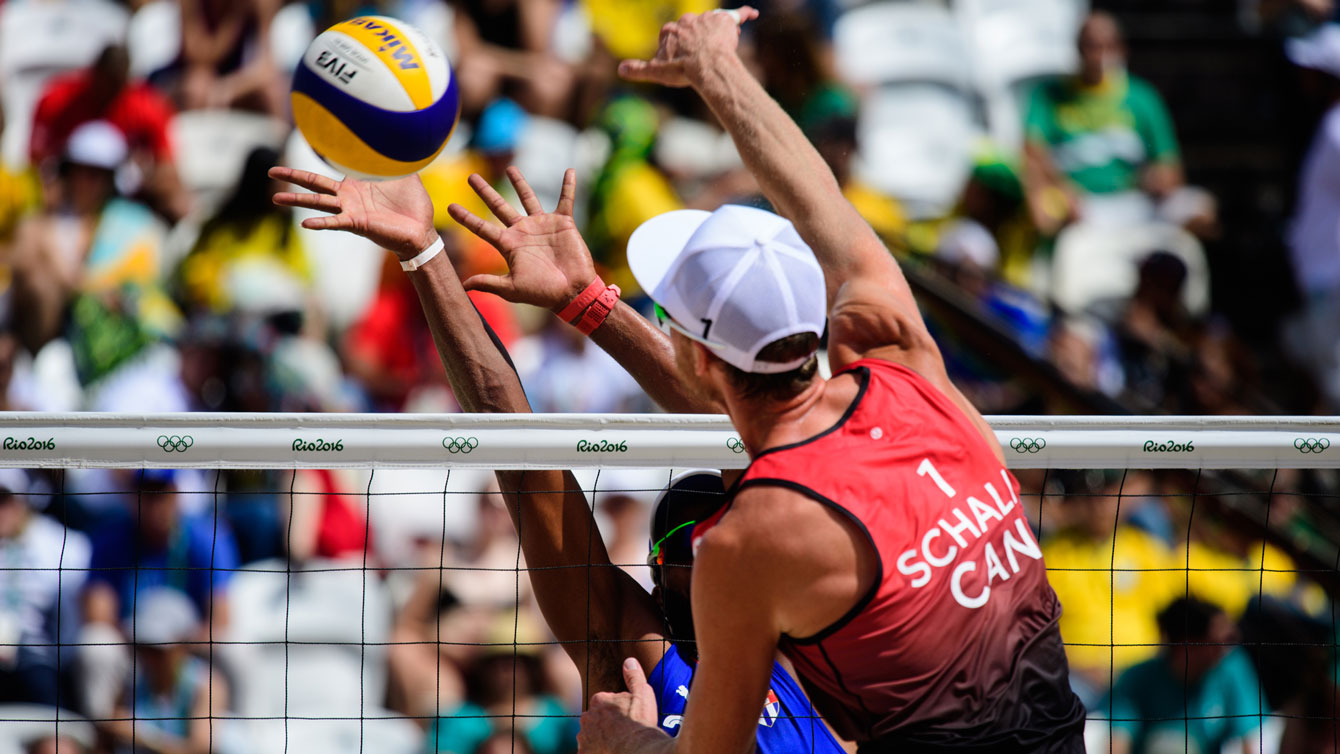 The Canadian team took advantage of their second chance to advance to the playoffs, defeating Mariusz Prudel and Grzegorz Fijalek from Poland 2-0 (21-19, 21-18).

“It makes this one extra special,” said Saxton. “We barely got out of the toughest pool maybe ever. We were just sitting around waiting to see if we even got into this game and then it gave us good life to get into this game and be able to have that chance to keep playing in this tournament. It’s awesome.”

Saxton/Schalk will face Alexander Brouwer and Robert Meeuwsen from Netherlands on Saturday at 6 p.m. (ET). 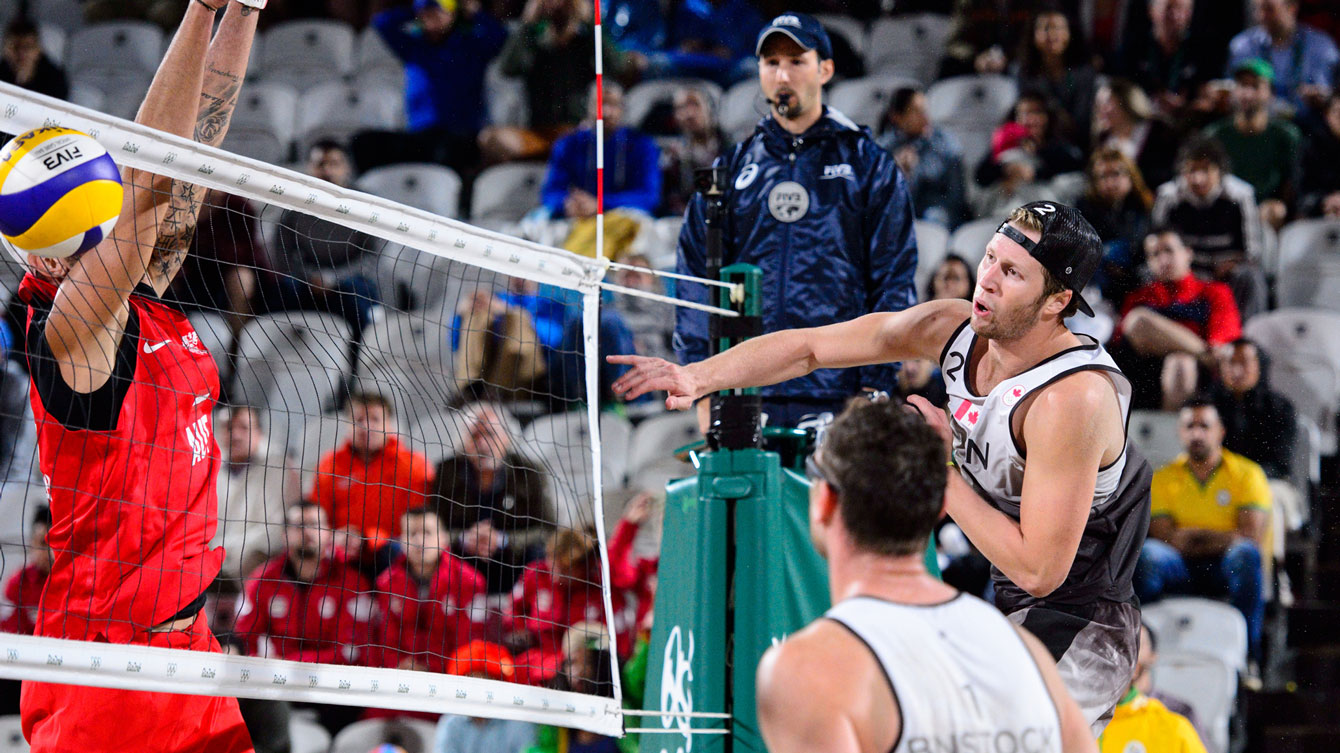 Needing a victory in their third match to still have a chance to move on, the Canadian duo reacted well to a loss in the first set, but were defeated in the tie-break.

With the loss, Binstock/Schachter finished their participation in the Olympic Games with two points. 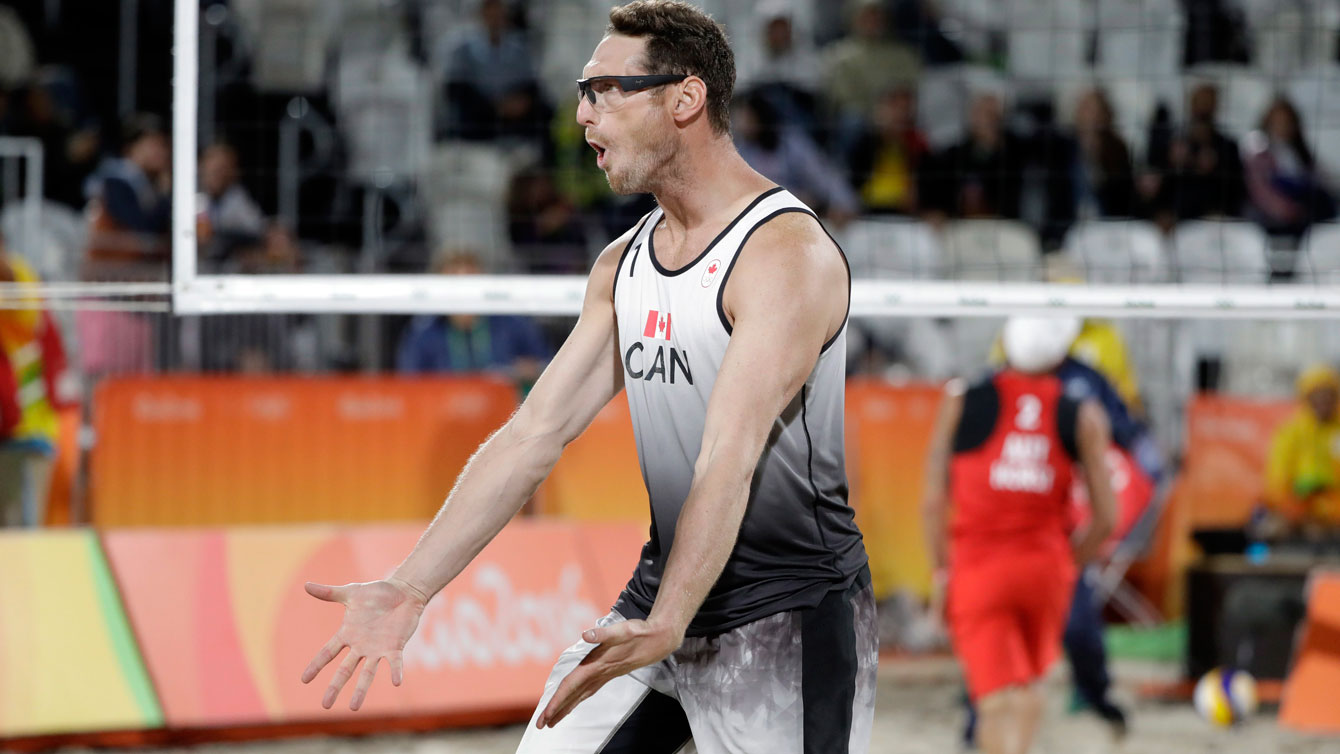 For Binstock, a second-time Olympian, leaving the competition in the early stage was disappointing.

“We didn’t find that consistency again. We have the fight, but we have to be better at adjusting to what’s going on, both of us, all tournament. Lesson learned going forward.”

Schachter agreed with his partner.

“I’m proud to have gotten there, but it’s not what we wanted. We wanted more here. So, I’m still a little disappointed,” he said. “But we’ll go home, learn from our lessons and start training again and be here next Olympics.”