Abel dives to fourth for second time at Rio 2016

Abel dives to fourth for second time at Rio 2016 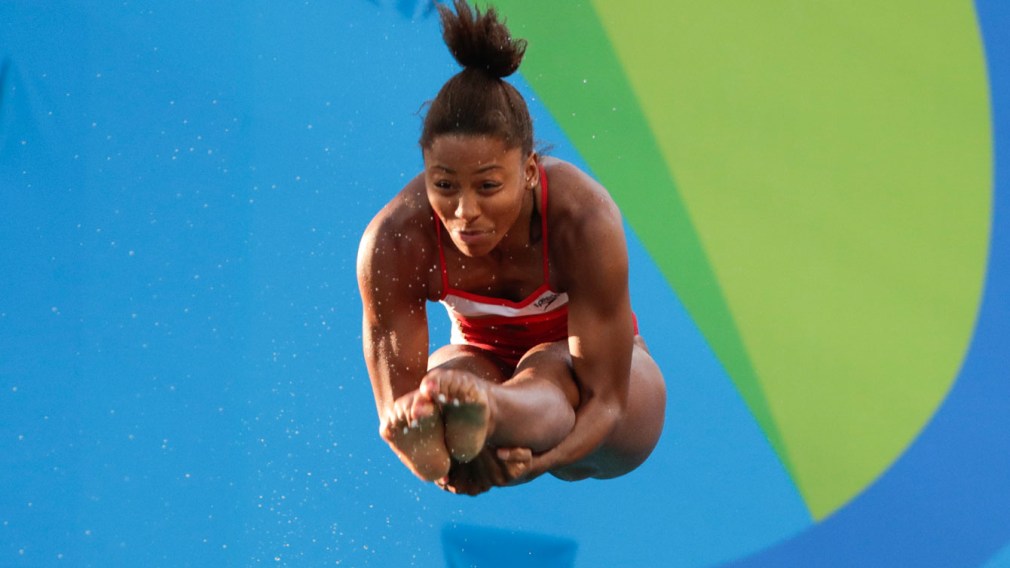 Exactly one week after finishing fourth in the 3m synchro event, Jennifer Abel had another near-miss in the individual 3m springboard at Rio 2016, posting a second fourth place finish.

Tied for third with Italian Tania Cagnotto after the first of five rounds, Abel fell to fourth through the next two. But on her fourth dive, she nailed the riskiest one in her list, a forward two-and-half somersaults with two twists, earning her 79.90 points and allowing her to leapfrog into third place. 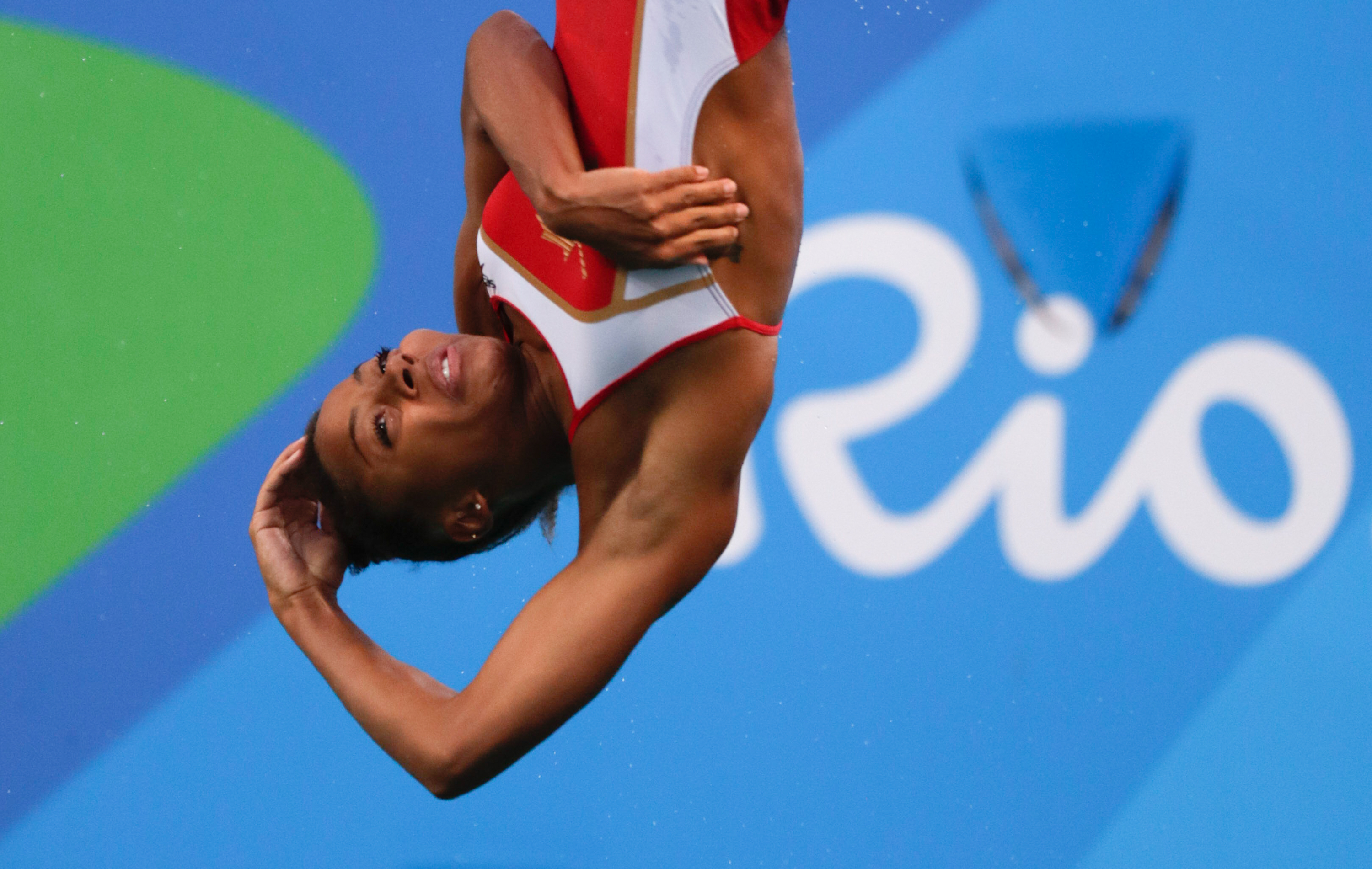 “My fourth dive I was very happy that I got this dive,” Abel said of her 3.4 degree of difficulty that is only attempted by one other female diver, Australia’s Maddison Keeney. “Being able to get it for 8s is very good, especially that it’s my first year that it’s in my dive list. So I’m looking forward for the next year that I will be even more confident on that dive.”

In her final effort, Cagnotto responded with an 81-point dive, putting the pressure on Abel, who would be followed only by the two Chinese divers, He Zi and Shi Tingmao, who had led from the beginning and separated themselves from the field.

Needing 74.55 points to catch the Italian for bronze, Abel closed with a back two-and-a-half somersaults in pike position. But it was just less than perfect, earning her 7.5s from the judges for a score of 69.00 and an overall total of 367.25 to Cagnotto’s 372.80.

“I know I wanted to bring back two medals to Canada but at the same time the story behind my performance today is way more important,” said Abel. “What matters for me at the end it’s the fact I was able to fight. It was very hard to stay focused and not crack under the pressure and I didn’t today and that’s what’s more important for me.” 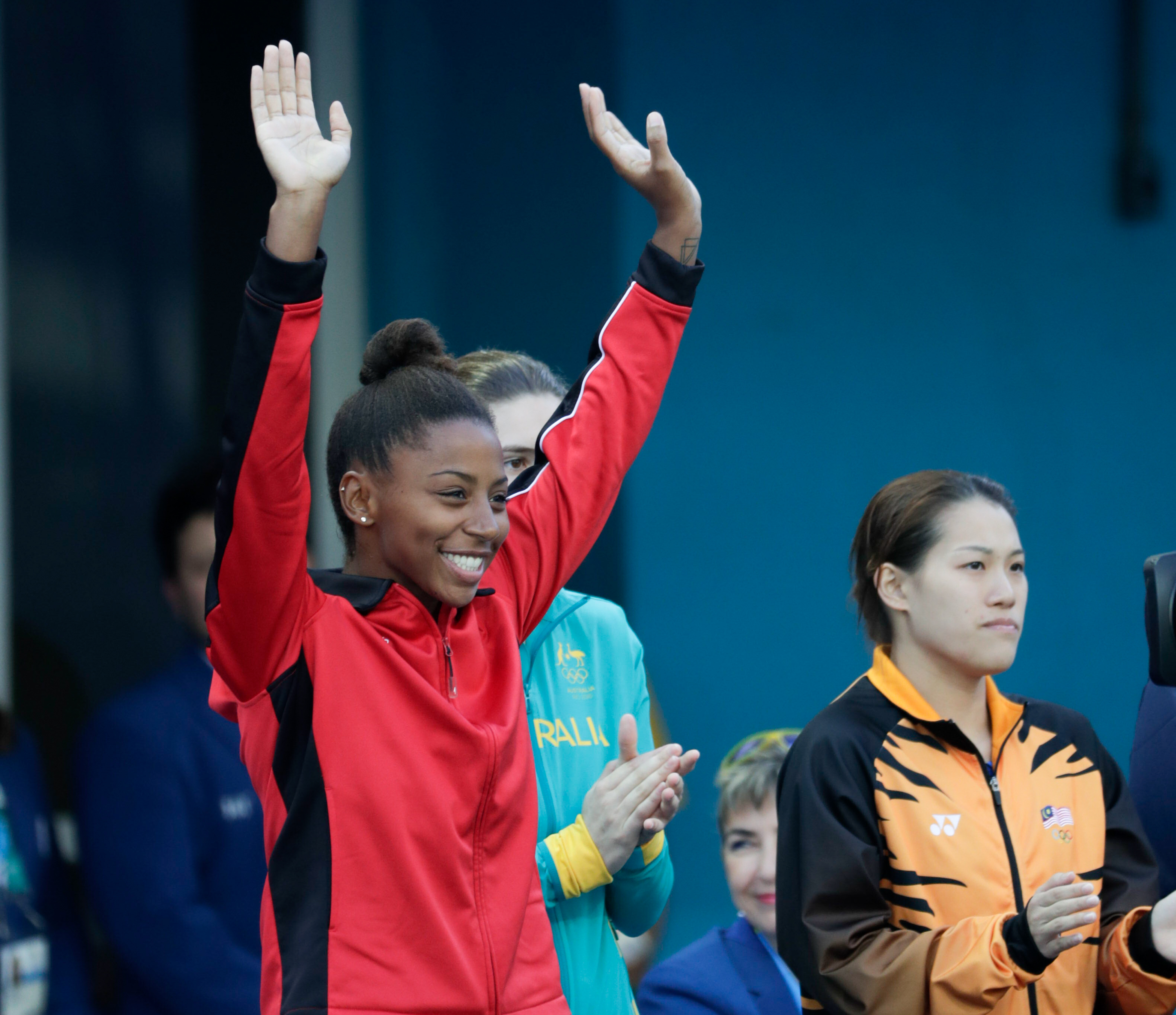 Jennifer Abel is introduced prior to the 3m springboard final at Rio 2016 on August 14, 2016 (Jason Ransom/COC)

While Abel was competing in her third Olympic Games, her synchro partner Pamela Ware was making her Olympic debut. She posted a seventh place finish with 323.15 points.

“I woke up with a smile and I’m still smiling,” she said. “It’s one of the best performances and feelings I’ve felt after a competition.”

She was also happy that she wasn’t the only one who felt that way.

“After the event Meaghan (Benfeito) came to me and she said ‘that was the best I’ve seen you dive in such a long time’ so that makes me feel really good because I felt really good during that event. Just hearing that from someone else is just absolutely amazing.”

RELATED: Benfeito and Filion, one last in sync Olympic dive for bronze

The Canadian men hit the water for the first time at the Maria Lenk Aquatics Centre on Monday with the men’s 3m springboard event featuring Philippe Gagne. That’s followed by 10m synchro bronze medallists Benfeito and Roseline Filion in their individual event before Maxim Bouchard and Vincent Riendeau take to the platform for the men’s individual 10m event.