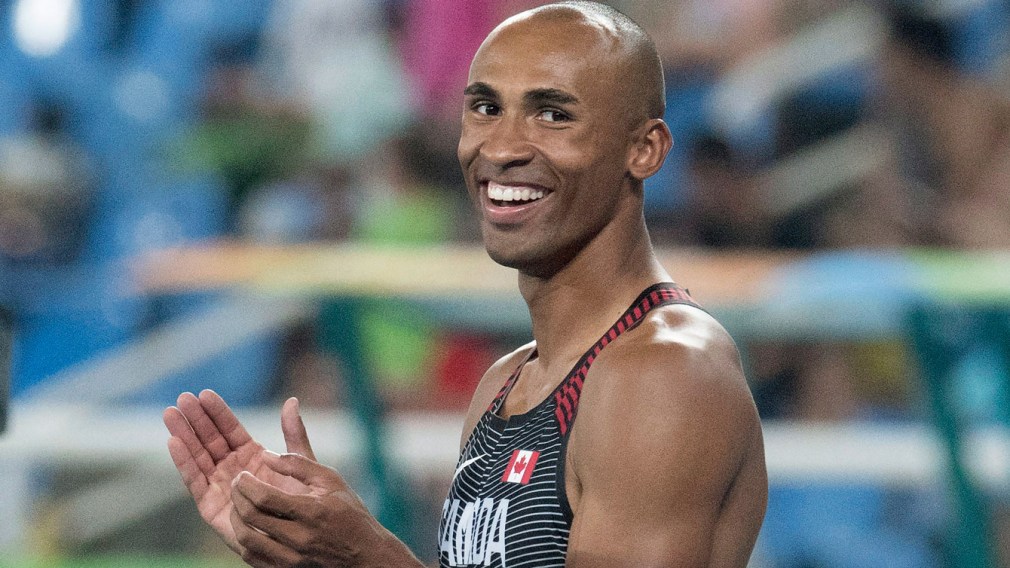 On Thursday night, Damian Warner delivered Canada its second combined events medal of Rio 2016, earning a bronze in the decathlon for his first Olympic medal.

This is the second Canadian Olympic decathlon medal, with the first coming at Seoul 1988 via Dave Steen, also a bronze. The decathlon gold in Rio – and for the second consecutive Olympic Games – went to Ashton Eaton of the United States, while Kevin Mayer of France struck silver. 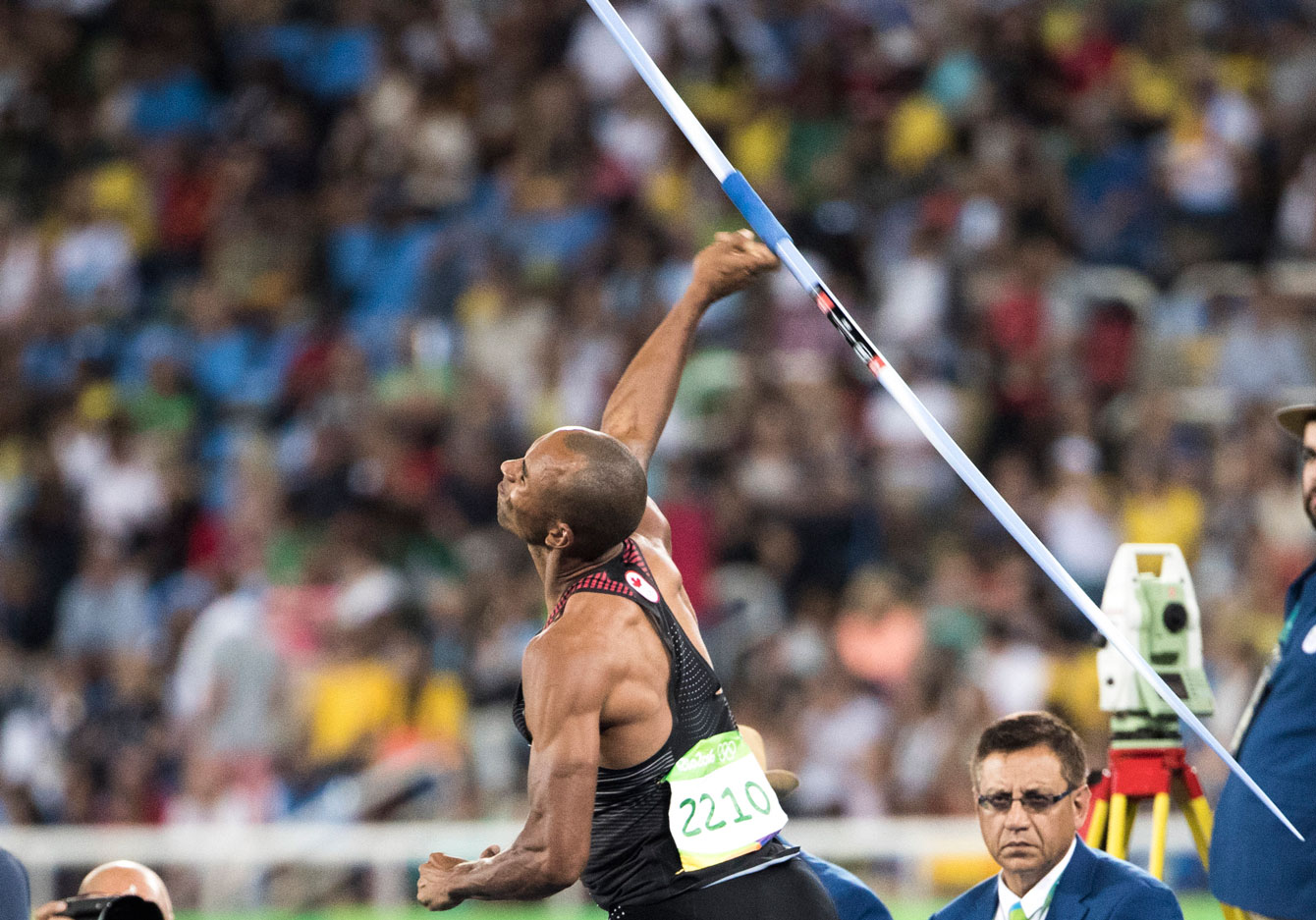 Accumulating his 8666 points through 10 events, Warner joins Brianne Theisen-Eaton as combined events medallists from Canada at these Games. Theisen-Eaton became the first Canadian to win an Olympic heptathlon medal earlier in Rio.

Warner was in third place with 4489 points coming into the second day of the 10-event competition. He moved up to second after the 110 metre hurdles. He was short of his world decathlon best time of 13.44 seconds in the race, but at 13.58 still had the fastest overall time in the event, taking him to 5518 points.

The discus was up next but a fault on the first throw for Warner kept him from making the most of his three attempts. A 44.93m toss bumped Warner up to 6283 points, keeping him in second place, though with Mayer lurking only 72 points back. 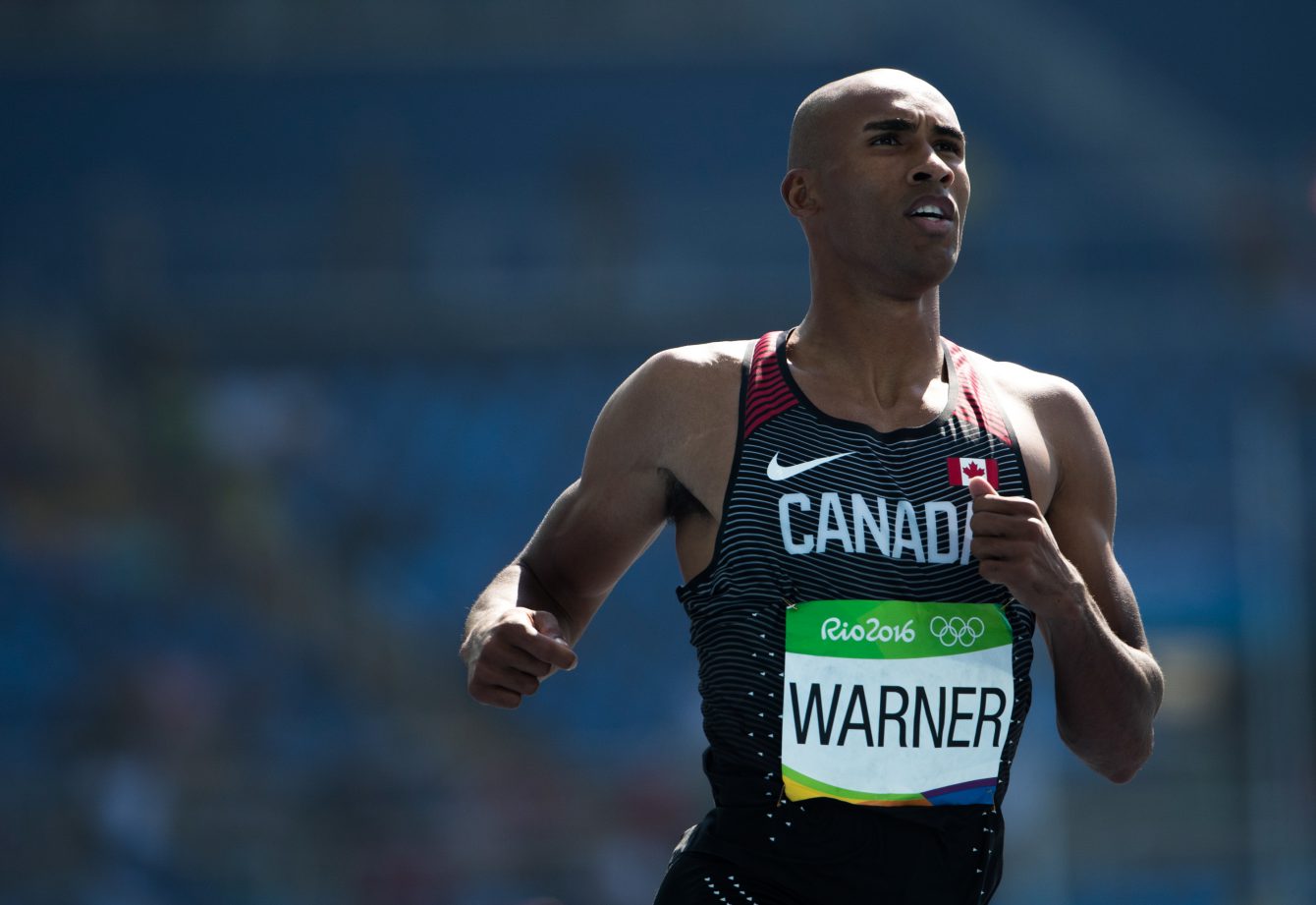 At this time Warner had start worrying about Kai Kazmirek for Germany in fourth place, only 65 points back with javelin the penultimate event.

For a brief period in real time scoring, Kazmirek had moved into third place with a 64.60m opening javelin toss to 58.01 for Warner. It was in the Canadian’s third and final throw that he launched for 63.19 metres to pull up right behind Kazmirek in the event and retake the lead for third place, though reduced to just 44 points from the German at fourth before the final event. 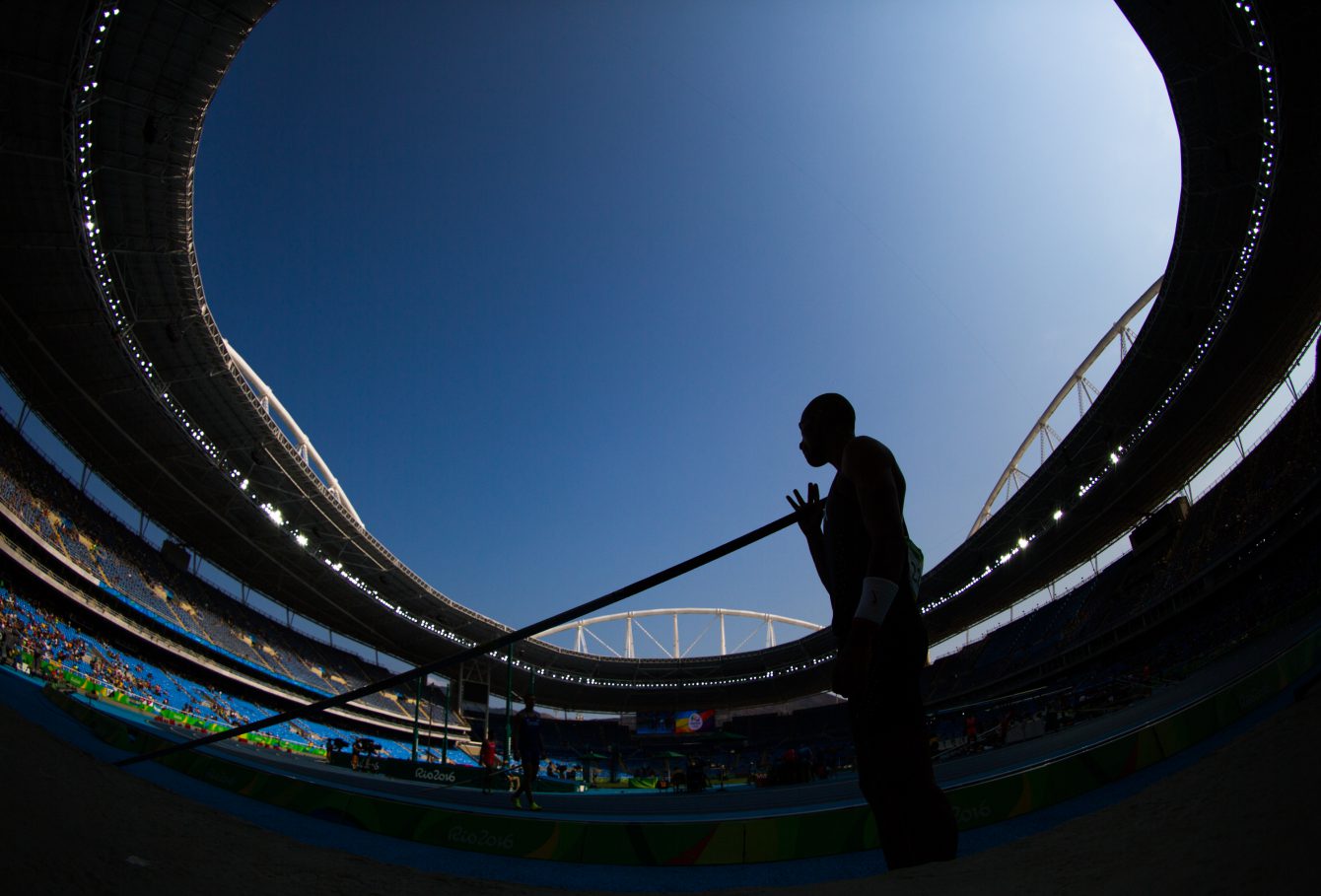 Canada’s Damian Warner looks on before competing in the pole vault in the men’s decathlon at the Olympic games in Rio de Janeiro, Brazil, Thursday August 18, 2016. COC Photo/Mark Blinch

In the 1500m, Warner had to keep Kazmirek behind him or not lose to him by seven seconds to guarantee his spot on the Olympic podium, which is exactly what the Canadian did to secure Rio bronze. Warner ran a season’s best 4:24.90 and Kazmirek was well back.