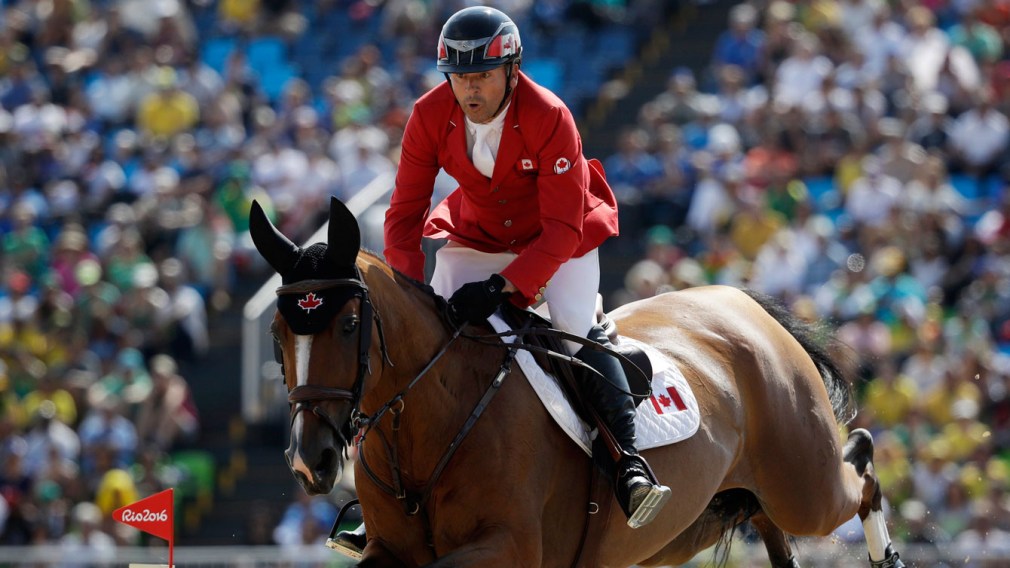 Equestrian Eric Lamaze won his second individual and third career Olympic medal when he won bronze in the individual jumping event at Rio 2016.

Lamaze was actually involved in a six-way jump-off for the podium after six horse-rider combinations all posted clean runs through the two final rounds on Friday. Lamaze and Fine Lady 5 were the last to take to the course in the jump-off, having already seen clean runs by Great Britain’s Nick Skelton and Sweden’s Peder Fredricson.

But for the first time all Games, Fine Lady 5 knocked down a rail, giving the duo four penalties. That tied them with Switzerland’s Steve Guerdat, but Lamaze was given the edge for the podium on the tiebreaker – the time it took to cover the course. While Guerdat took 43.08 seconds, Lamaze and Fine Lady 5 finished in 42.09. 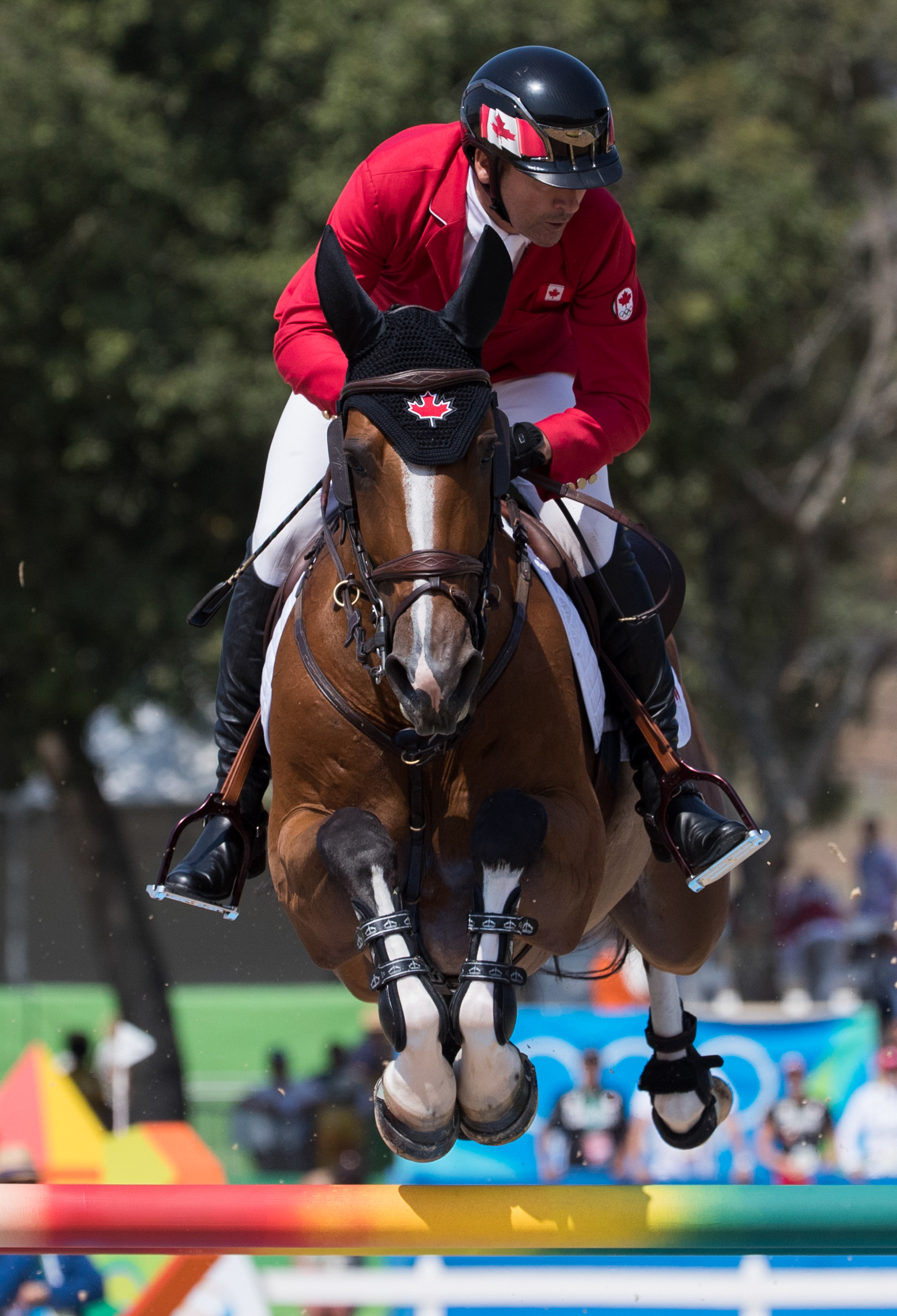 Lamaze and Fine Lady 5 had been the only horse-rider combination to finish all three qualifying rounds with a clean jumping record. But those faultless efforts did not carry over to the two final rounds contested on Friday.

Entering the arena last in Final Round A during the morning session, Lamaze was one of 13 riders to post a clean run. Teammate and protégé Tiffany Foster also advanced to the afternoon’s Final Round B with just one rail down for four penalties with Tripple X III. The third Canadian in the individual event, Yann Candele, recorded 12 penalties aboard First Choice 15 and was eliminated after the first final round. 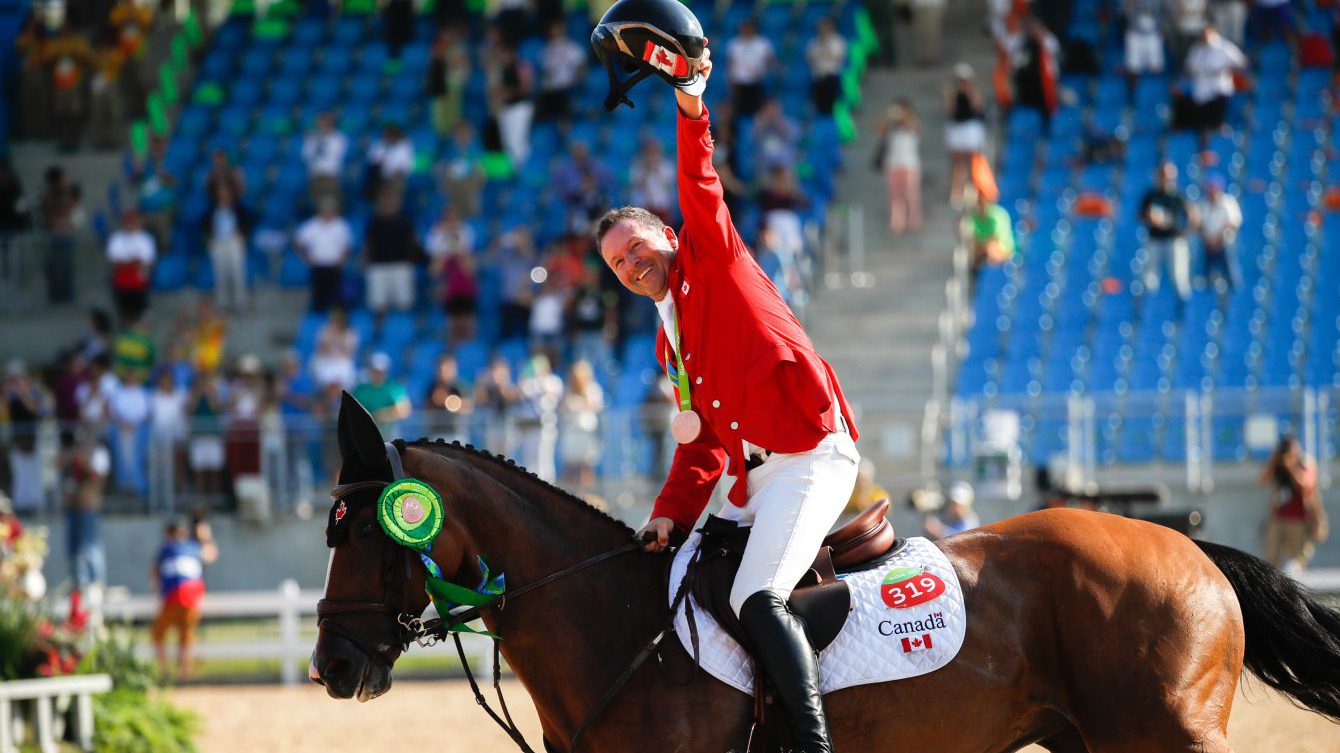 In Final Round B, Lamaze was clean again while Foster took 17 penalties to finish in 26th place.

Lamaze previously won two medals at Beijing 2008 where he claimed Canada’s first ever individual gold medal in Olympic equestrian with his storied horse Hickstead. He was also a member of Canada’s silver medal-winning jumping team at those Games.

With his third Olympic medal, Lamaze stands alone as Canada’s most decorated equestrian, breaking a tie with Jim Elder. Earlier this week at Rio 2016, Lamaze and the jumping team just missed the podium when they lost a jump-off for bronze to Germany.