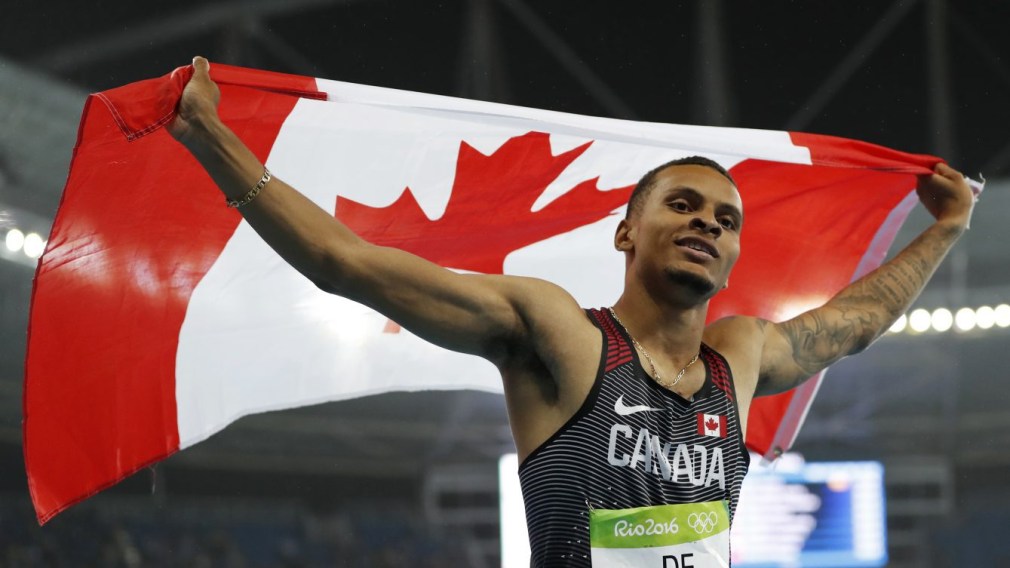 Elation and heartbreak encompassing medals of various colours, along with top performances made up quite an eventful Canadian sport weekend.

Here are the details…

Staying in Jamaica, Liz Gleadle won the women’s javelin in Kingston with a 60.79-metre toss.

Additional 200m success arrived in Japan, where Olympic relay medallist Aaron Brown was the best of the field in an IAAF World Challenge meet in Kawasaki, registering 20.62 ahead of Dedric Dukes of the United States (20.71).

In the same meet Mike Mason won the high jump with a 2.30m clearance.

Elesewhere, Brittany Crew reset the Canadian record books in women’s shot put with 18.58m attempt on Saturday in Tuscon, Arizona. Crew broke her own record on the night, as just 48 hours earlier she had set the Canadian mark of 18.47m, smashing Julie Labonte’s previous 18.31m standard.

Crew, 23, is a World University Games bronze medallist. She made her Olympic debut at Rio 2016. 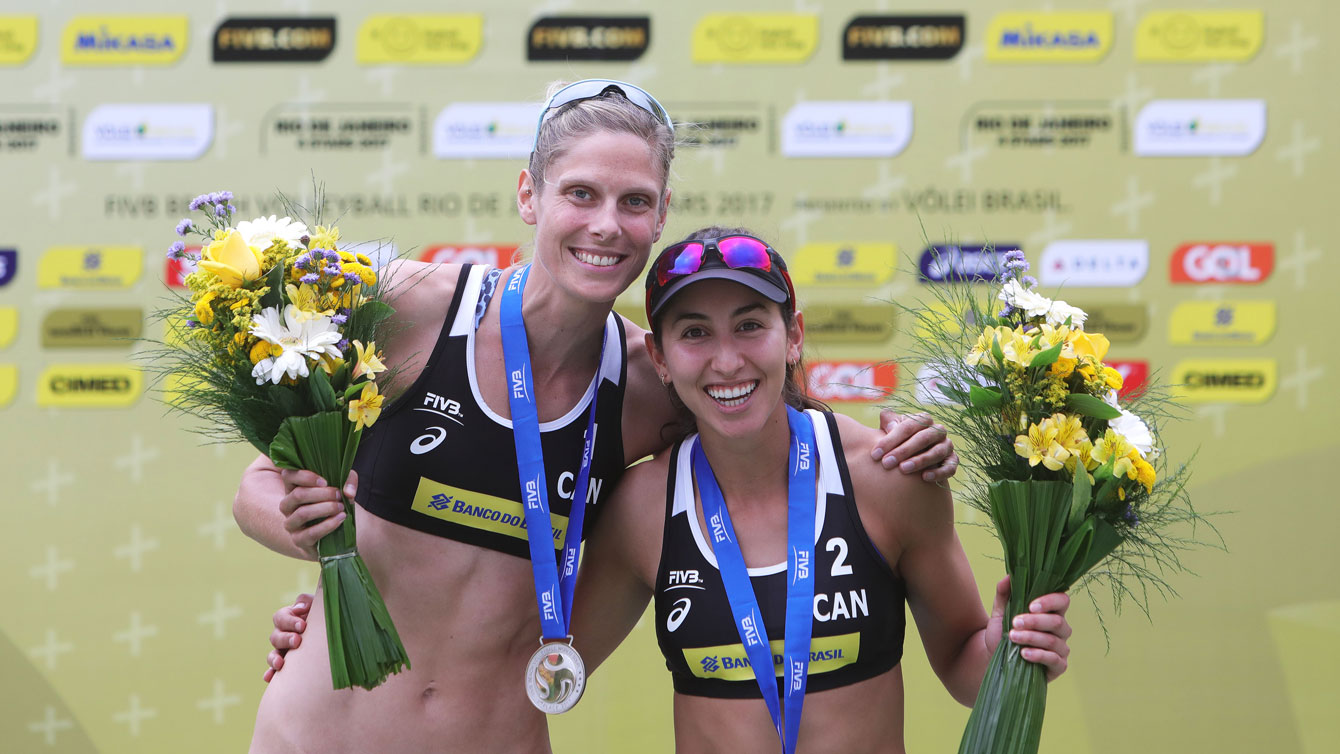 Sarah Pavan (left), and Melissa Humana-Paredes of Canada with their silver medals from the Rio Open on May 21, 2017 (Photo: FIVB World Tour).

In their first outing of the FIVB World Tour season, Melissa Humana-Paredes and Sarah Pavan struck silver at the Rio Open. Spiking through a notable field that included the reigning Olympic champions left in their wake, Humana-Paredes and Pavan eventually placed second against a home team in Brazil.

An unofficial honorary Carioca (Rio local), it was Pavan’s seventh Tour medal, and first for Humana-Paredes. 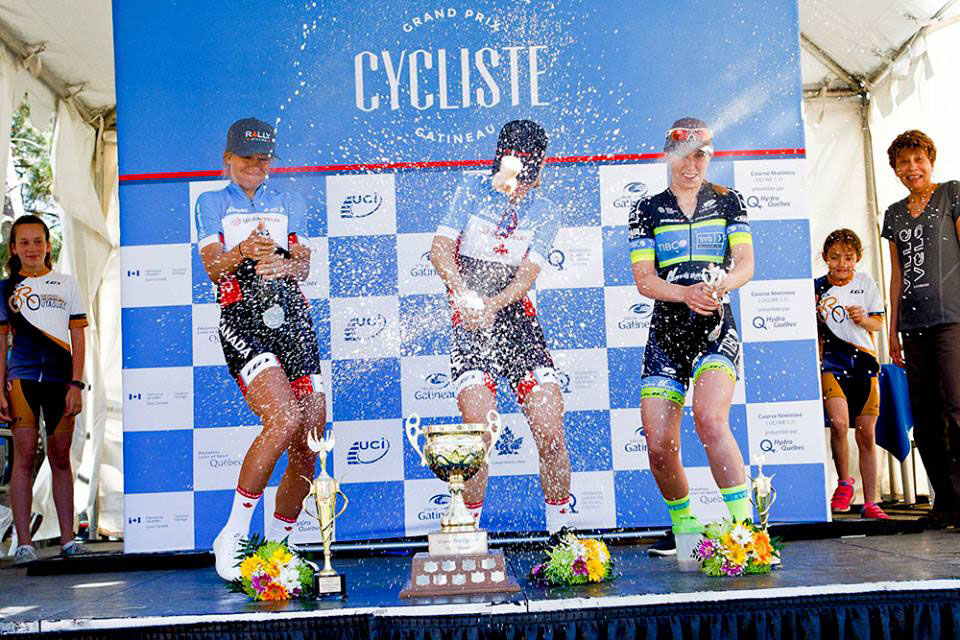 Canada achieved a 1-2 finish at the Grand Prix Cycliste Gatineau on Sunday with Leah Kirchmann and Kirsti Lay taking the top two prizes at the UCI road race event in Quebec. Canada’s team strategy worked as planned in setting up Kirchman for the win, and Lay making up lost ground to finish second down the stretch. Kendall Ryan of the United States took third.

A day earlier, Cycling Canada’s Karol-Ann Canuel was second in the time trial, behind Lauren Stephens of the United States. Both riders held off third place Amber Neben, the 2016 time trial world champion from the US. 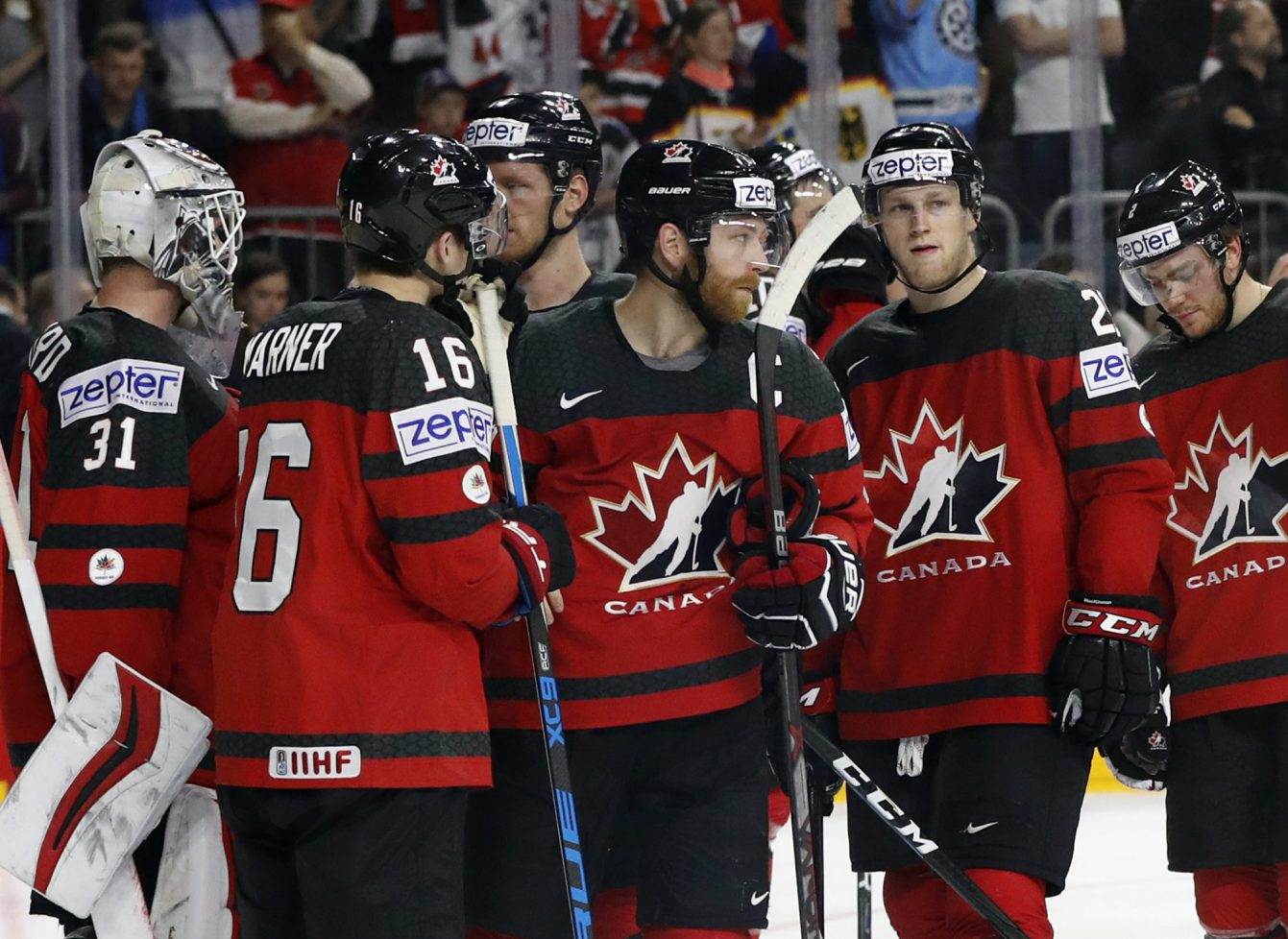 Canada players react in dejection after they were defeated in the Ice Hockey World Championships final match between Canada and Sweden in the LANXESS arena in Cologne, Germany, Sunday, May 21, 2017. (AP Photo/Petr David Josek)

Canada’s streak of winning gold at the IIHF World Championships was halted at two with a silver medal finish on Sunday in Cologne, Germany. The Canadians lost 2-1 (2-0 in shootout) to Sweden, due largely to the outstanding work of Swedish goalie Henrik Lundqvist.

Nathan MacKinnon was Canada’s leading scorer in the tournament with 15 points, six of which were from goals.

What a year with these boys! Proud to be a part of such a great group, and a bit of hardware to bring home to top it off!! 🇨🇦

A historic season for Rugby Canada sevens men ended on the podium with a bronze medal at London Sevens, defeating the United States 22-19 at the legendary Twickenham grounds.

The latest medal comes in a 2016-17 World Rugby calendar that included the first-ever Canadian men’s Sevens Series title lifted in Singapore a month ago.

Canada finished eighth overall in standings, with Justin Douglas as the the third leading scorer on the Series calendar with 40 tries. 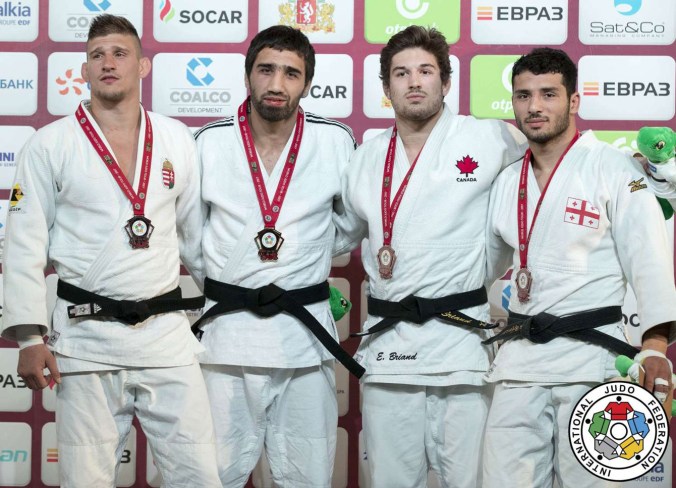 Etienne Briand (second from right) after winning his first IJF Grand Slam bronze in Ekaterinburg, Russia on May 21, 2017 (Photo: IJF). 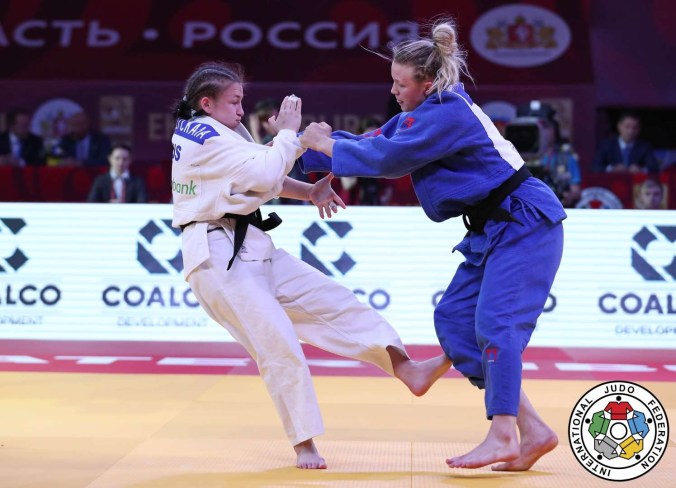 Jessica Kilmkait (right) fights for her first IJF Grand Slam medal – a bronze – in Ekaterinburg, Russia on May 20, 2017 (Photo: IJF).

At the Ekaterinburg Grand Slam in Russia, Etienne Briand won bronze in the under-81 kg category, his highest achievement in the International Judo Federation circuit to date. Last week Briand won gold at a smaller event in Orenburg, Russia.

Antoher bronze in Ekaterinburg came by way of Jessica Klimkait in the women’s U-57 kg competition. Like Briand, Kilmkait too took gold last week at the European Cup in Orenburg, and it’s also her first Grand Slam medal.