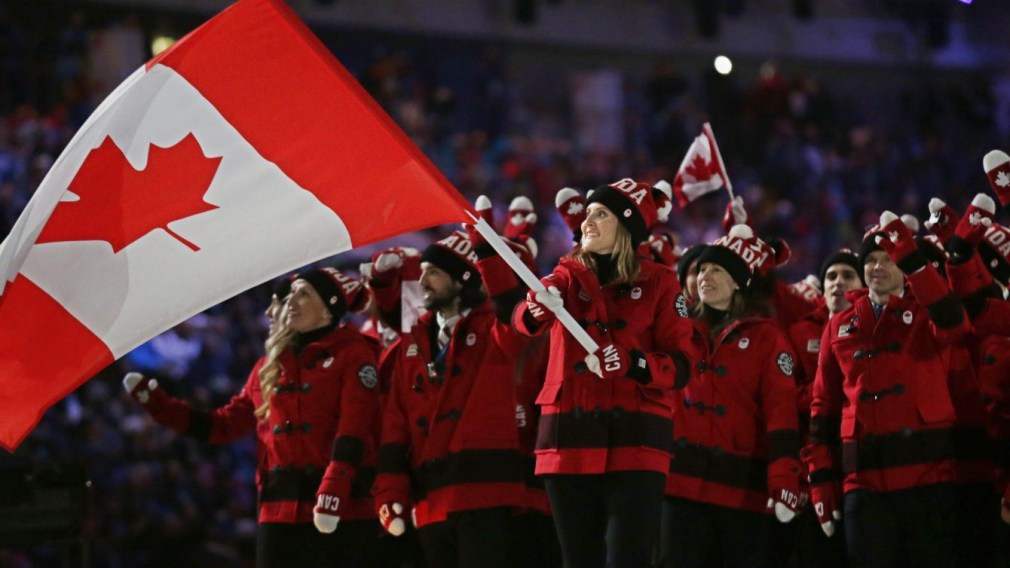 Representing their country as a flag bearer and leading their team into an Olympic Opening Ceremony is one of the greatest honours imaginable for an Olympian.

Before one more Team Canada athlete joins that illustrious club, let’s look back at the last five who carried the maple leaf into the Olympic Winter Games. 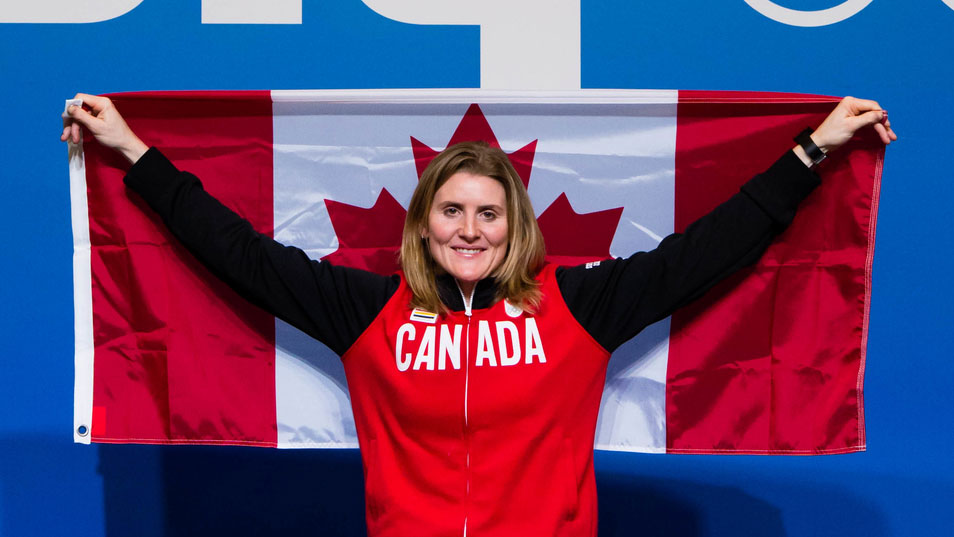 In her fifth Olympic Winter Games appearance, the former captain and all-time leading scorer for Canada’s National Women’s Hockey Team led Team Canada into the Fisht Olympic Stadium. She went on to score two goals and add three assists as the Canadian women won their fourth straight Olympic gold medal. That gave Wickenheiser and teammates Jayna Hefford and Caroline Ouellette more gold medals than anyone else in Canadian Olympic history. 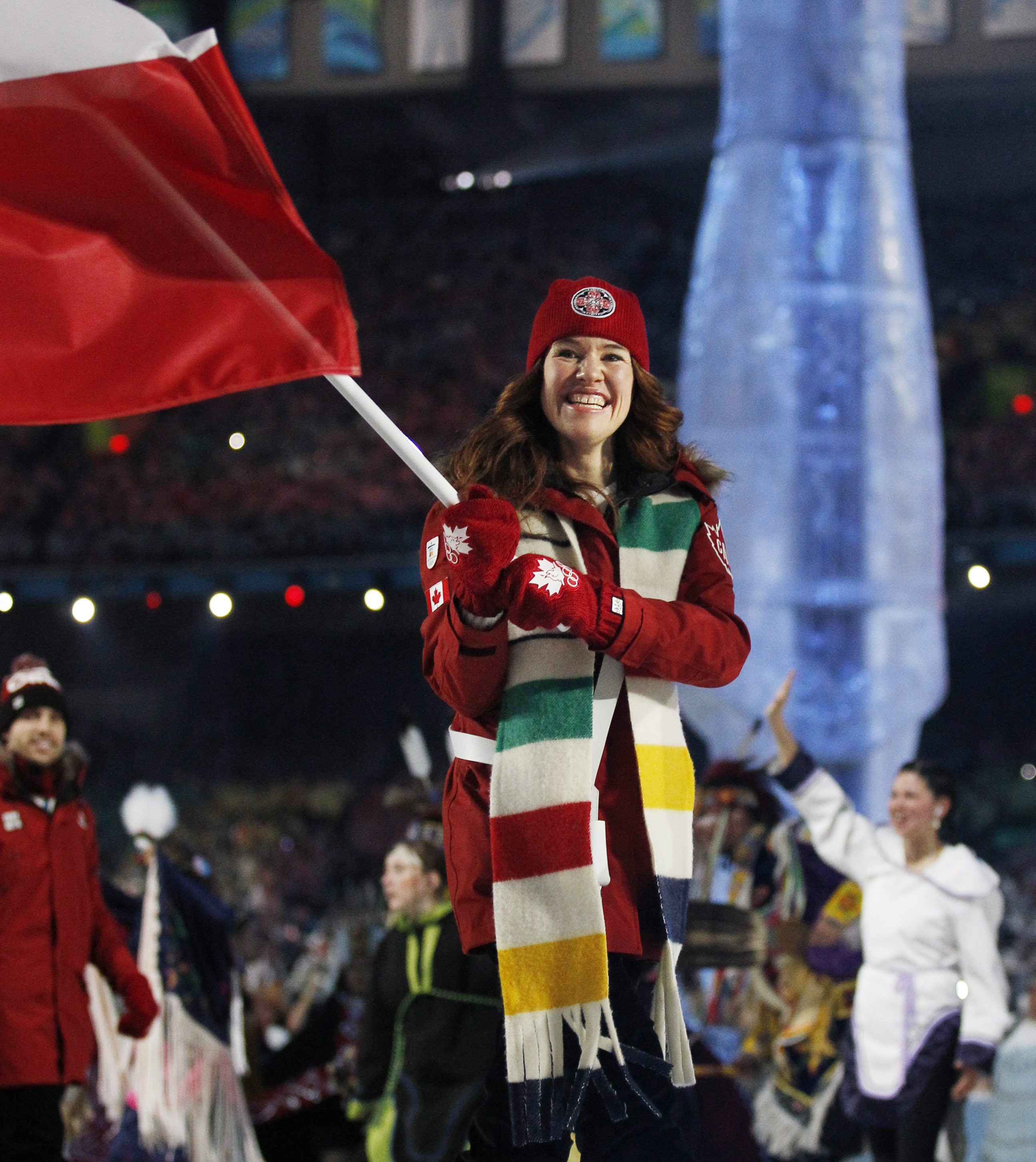 A dual-season Olympian and the only athlete in history to win multiple medals at both the Summer and Winter Games was chosen to lead in Team Canada on home soil at Vancouver 2010. Hughes went in as the reigning Olympic champion in her signature event, the 5000m. She had what she called one of the best races in her life at the Richmond Olympic Oval to win the bronze medal and tie Cindy Klassen as Canada’s most decorated Olympian of all-time. 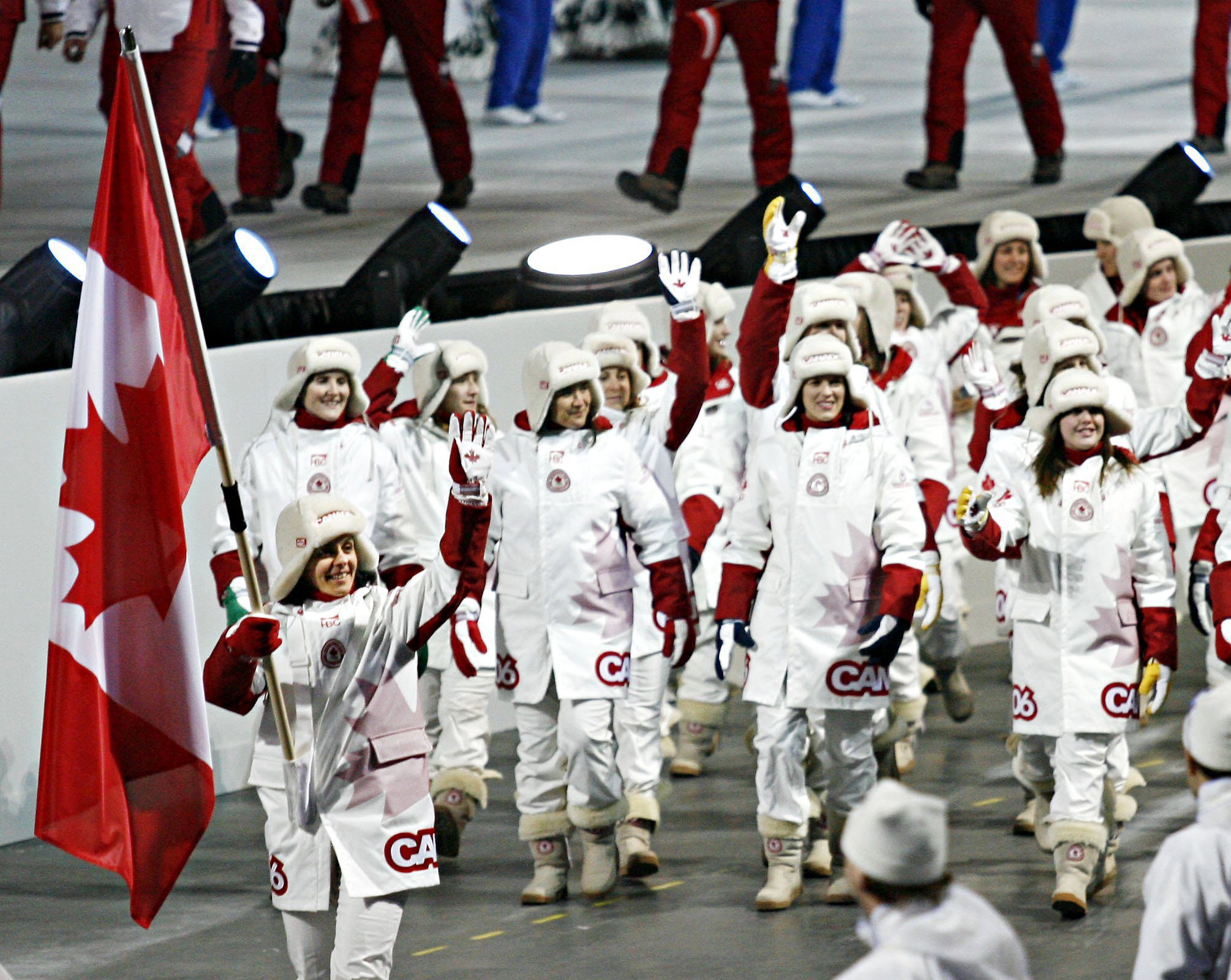 A member of Canada’s National Women’s Hockey Team since 1991, by 2006 Goyette had played in more world championships than any other Canadian hockey player and had won 21 international medals, including 17 gold. She was also renowned for her charitable work, including countless hours spent helping troubled teens and less fortunate families in the Calgary area, which made her an ideal choice to carry the flag. Having turned 40 just days before the start of the Games, she added another gold to her collection, scoring four goals and two assists as Canada went undefeated in the tournament. 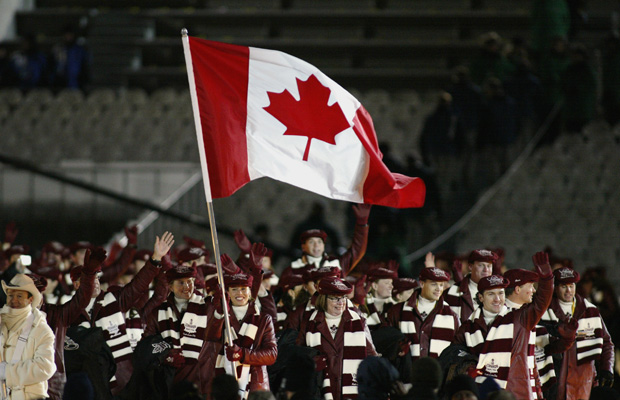 Le May Doan carried the Canadian flag out at Nagano 1998 after winning gold in the 500m and bronze in the 1000m. She then became the first woman to skate the 500m in under 38 seconds and broke her own world record five times in the next four years while winning three World titles in the distance. Those achievements led to her carrying the flag into Salt Lake City 2002, where she became the first Canadian athlete to ever successfully defend Olympic gold in an individual event. 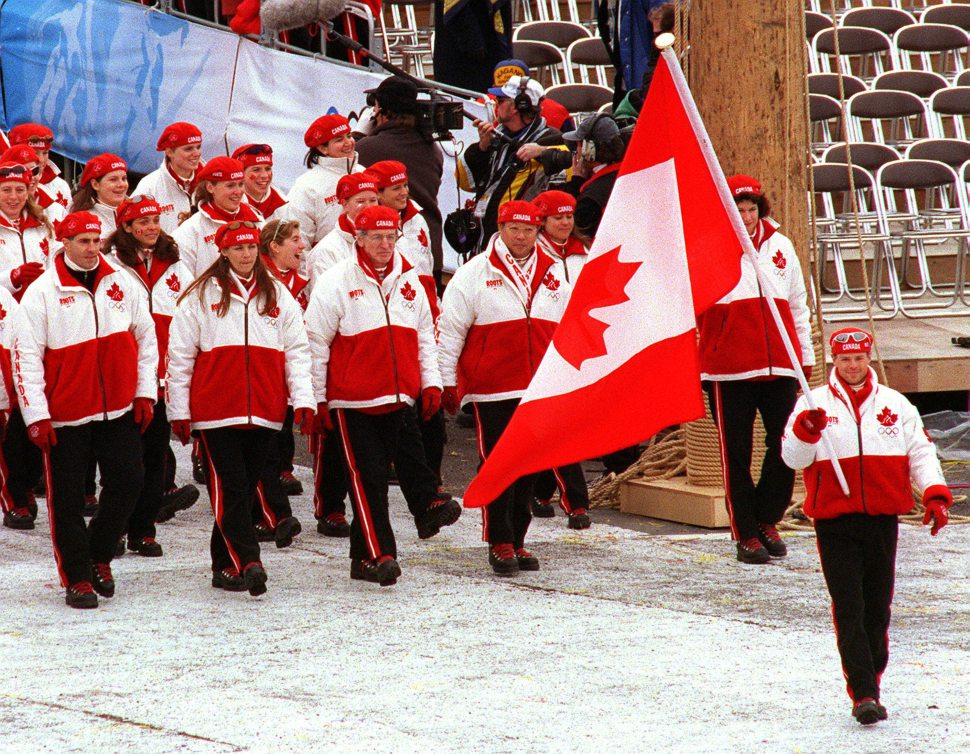 Jean-Luc Brassard carries the flag as the Canadian team participates in the opening ceremony at the Nagano 1998 Olympic Games. (CP Photo/ COC)

A member of the legendary “Quebec Air Force”, Brassard joined the Canadian National Freestyle Ski team at the age of 17. At Lillehammer 1994 he became Canada’s first Olympic champion in freestyle skiing when he won moguls gold. As the reigning world champion and overall World Cup champion, he was named Opening Ceremony flag bearer for Nagano 1998. He went on to finish fourth, missing the podium by just a quarter of a point.

Here are all of the other athletes who have served as Team Canada’s Opening Ceremony flag bearers at the Olympic Winter Games: