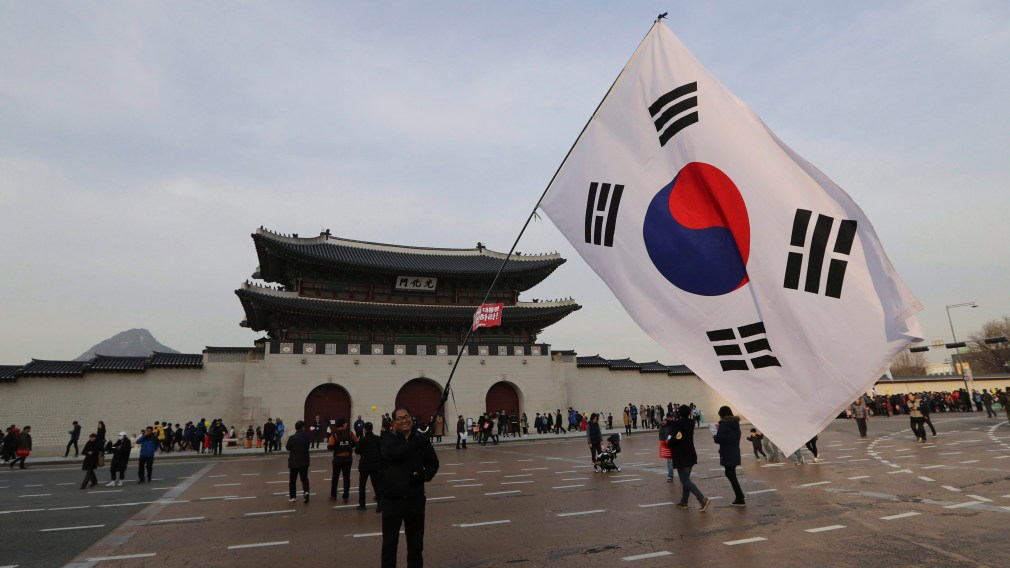 Many countries around the world have their own special quirks and fascinating truths that may seem strange to outsiders but are completely normal to those who live there.

In Canada, you know what a double-double is. In Japan, you can hire a handsome man to watch movies with you and wipe away your tears. In Singapore, selling, importing or spitting out chewing gum is illegal. In Denmark, citizens have to select baby names from a list of 7000 government-approved names. So as we gear up for PyeongChang 2018, let’s take a look into some customs and traditions that are “Only in Korea”. 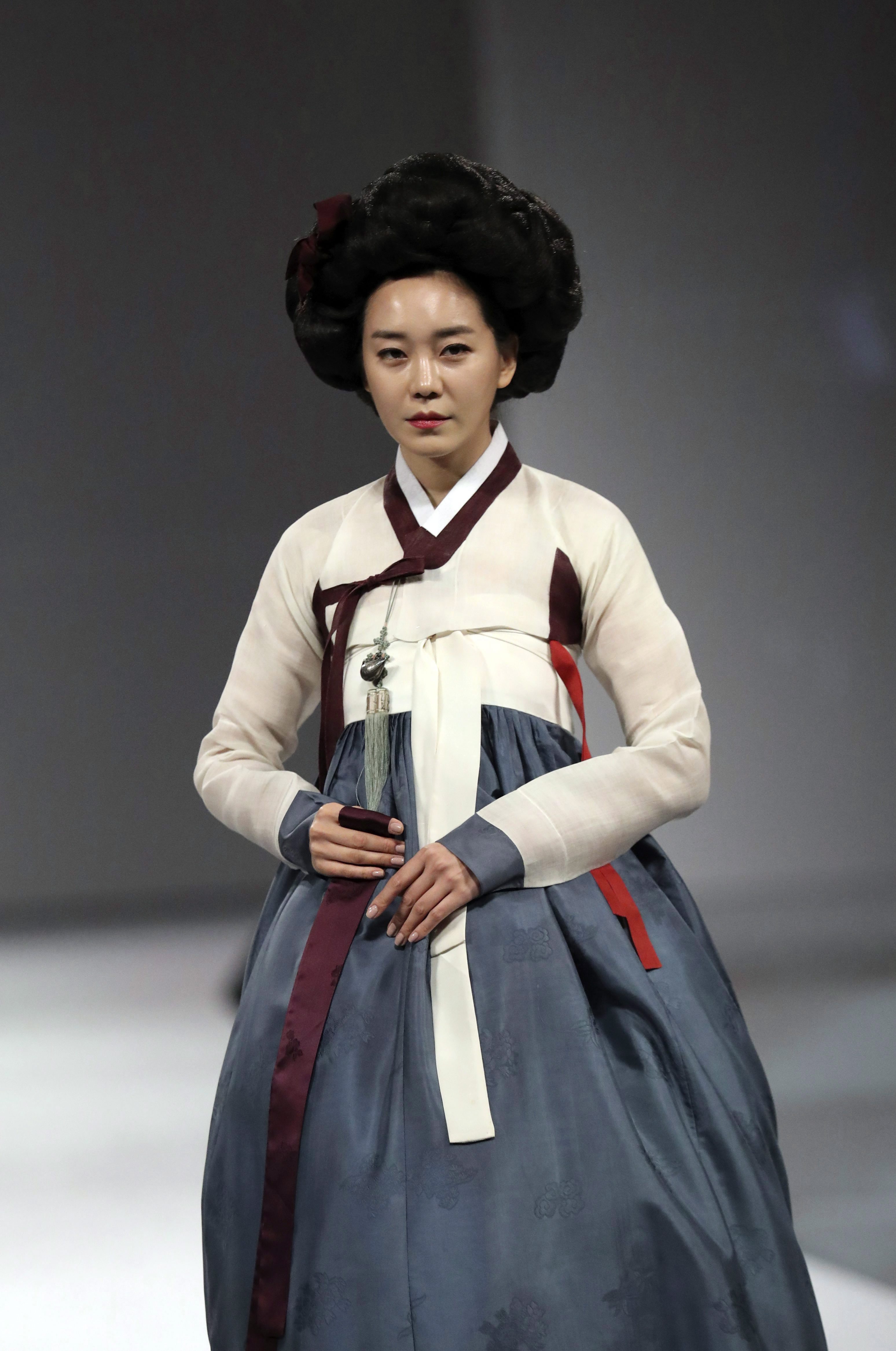 Hanbok is traditional Korean attire typically worn in marriage ceremonies, family celebrations, and traditional festivals. It is also the national dress and worn with pride by people of all ages as it embodies part of their cultural identity.

In this Korean ritual, when a child turns one year old, he or she is placed in front of a table of objects and encouraged to choose one. It is believed that the object selected will foretell the child’s future.

Among some of the common objects and beliefs: thread (live a long life), money (will be wealthy), pencil (destined to be smart), stethoscope (become a doctor or nurse), mallet (will be a lawyer), gloves or ball (professional athlete), musical instrument (musician)… you get the point.

Hierarchy is integral in Korean daily life, with almost all social interaction dictated by it. Koreans consider civil people to be humble and followers of the rules laid out by the country – a behavioral way of living that benefits the group, not the individual.

For generations, military rule and the hierarchy it presented translated into the establishment of four distinct classes: the “Yangban” (scholar/government officials); the “Chungin” (middle class) who are subordinates to the Yangban; the “Sangmin” (working class) which accounts for roughly three-quarters of the population (working class); and the “Ch’ommin” (lowest class).

That’s the question commonly asked when Koreans start dating as they believe that a person’s personality traits are tied to the four basic blood types.

Type A people are considerate of others, narrow minded, passive, and inclined to be perfectionists. Type B people are optimistic and passionate, irresistible and self-centered. Type AB people are either ambitious and self-confident or indecisive and unforgiving. Type O people are ambitious, outgoing, and active, but can also be ruthless and vain. Type Os are viewed as leaders and tend to be more expressive and passionate.

Walking through the streets of Seoul, you might witness couples not just holding hands but wearing matching outfits – same shirts, caps, pants or shoes. In Korea, doing this is a sign of affection and love between partners and that you’re not a lonely single person. Koreans want to show off things they’re proud of, including their relationships.

Don’t be alarmed if on a hot and sunny day you see a tree with something sticking out of it. It’s probably a drip bag filled with fertilizer and other nutrients. Droughts in Korea along with the “yellow dust” pollution that carries over from China has led to this initiative to keep trees strong and healthy. 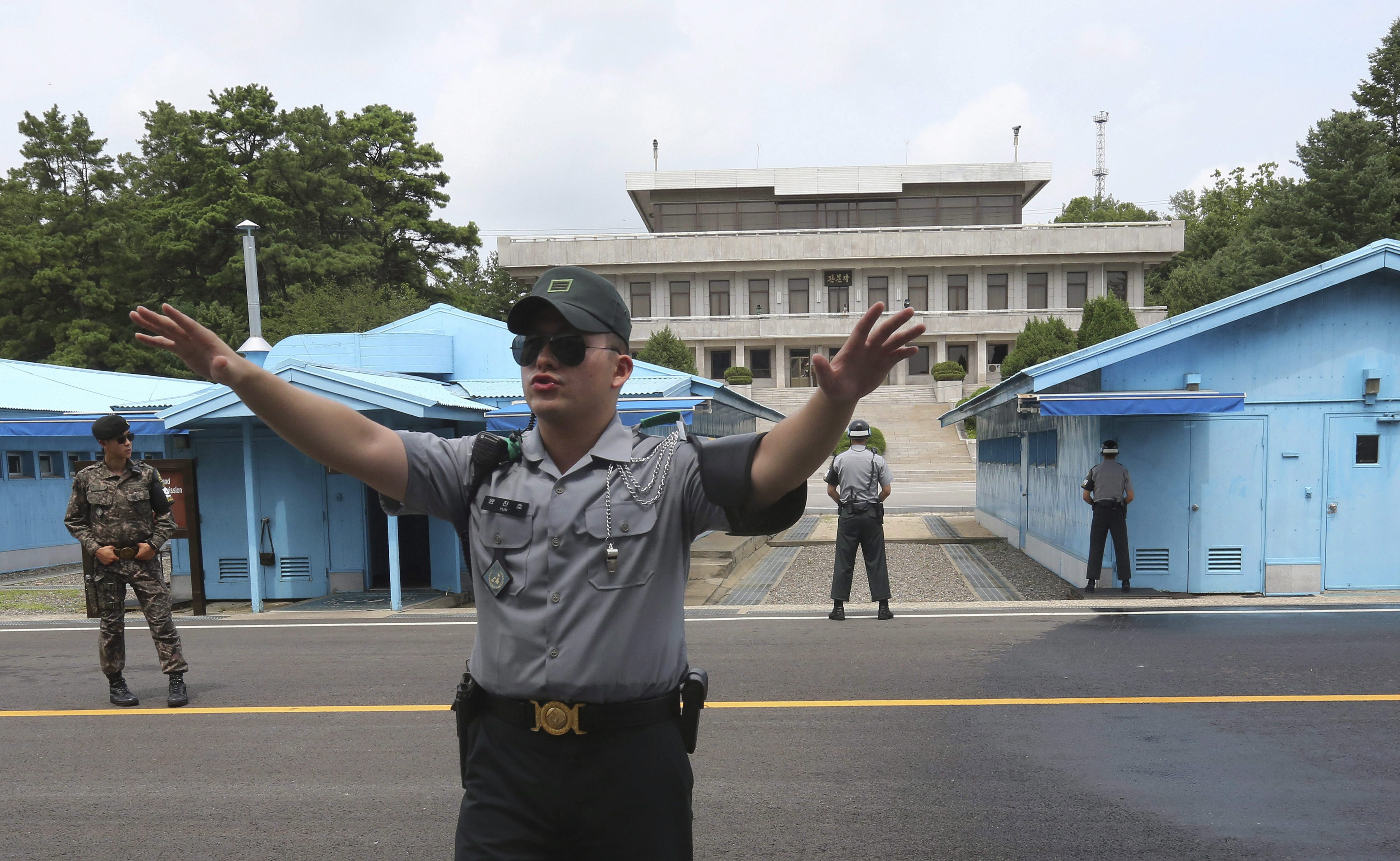 A South Korea army soldier gestures at the border villages of Panmunjom in Paju, South Korea. The village has a bleak cluster of blue huts where North Korean and U.S. military officers used to meet to oversee an armistice that ended the 1950-53 Korean War. (AP Photo/Ahn Young-joon)

It’s a border unique to Korea that no one is crossing. The Korean Demilitarized Zone serves as a buffer between North and South. Near its western end, negotiations between the two countries take place in a small joint security area. The DMZ is a popular tourist destination full of history and tense excitement for those visiting or living in South Korea.