Korea 101: Tourist attractions in the next Olympic host country

Korea 101: Tourist attractions in the next Olympic host country 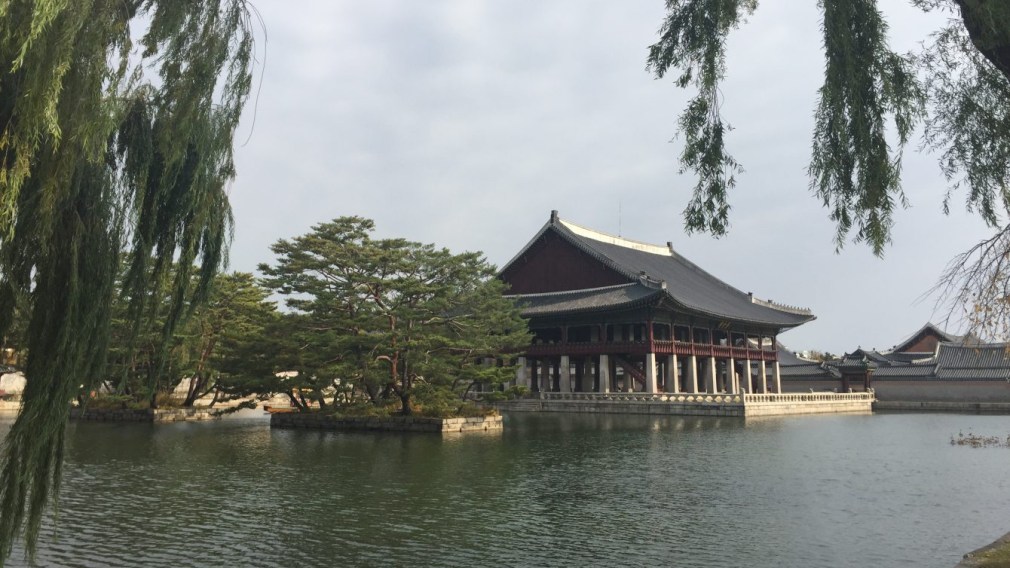 PyeongChang may be hosting the Olympic Winter Games, but watching sports is far from the only thing to do in South Korea.

Here are some of the great attractions you can visit in and around PyeongChang and the country’s capital, Seoul. 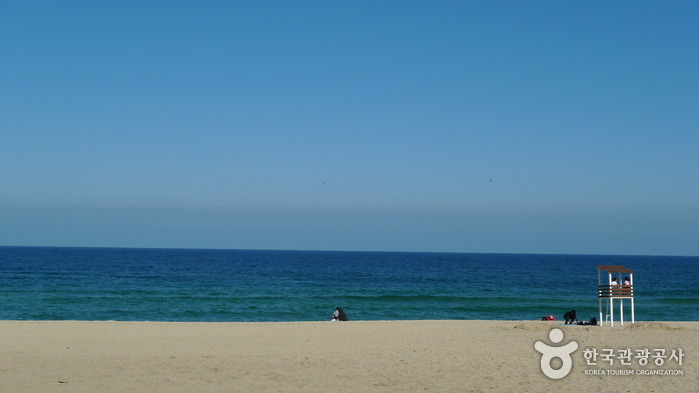 The favourite beach of locals and tourists is Gyeongpo beach. This beautiful white sand beach, a sandbar where Gyeongpo Lake meets the ocean, is six kilometers long and surrounded by bike paths, walking trails and pine trees. 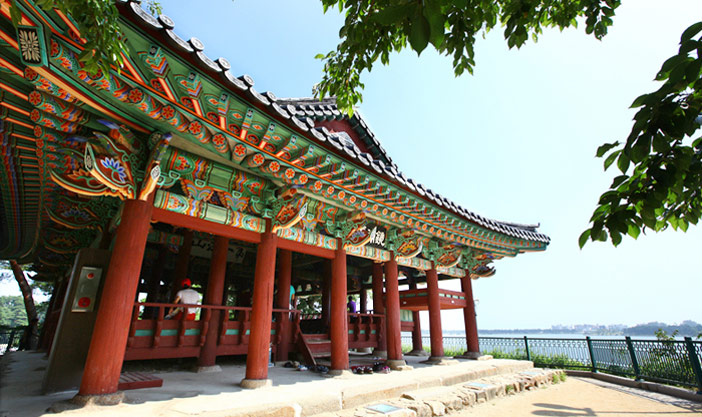 Located near Gyeongpo beach are a series of eight scenic spots, most notably the Gyeongpodae pavilion. It is a large, tall pavilion and features a paljak roof, the eight-pointed roof commonly seen in Korean architecture. According to a local saying, if you sit at the pavilion in the evening you can see the five moons – the moon shining in the sky, reflected in the sea, reflected in the lake, in a glass of wine, and in the eyes of your beloved. 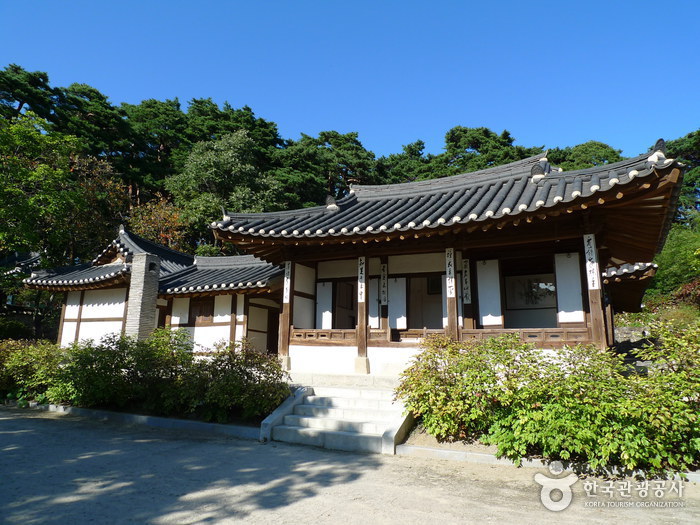 Ojukheon House is one of the oldest wooden houses in Korea, dating back to the Joseon Dynasty (1392-1910). From 1536 to 1584 Yulgok Yi-I, a prominent Korean Confucian scholar whose face is on the 5000 won note, lived and worked there. Today the house is part of a museum that shows how the people of the Joseon Dynasty lived. 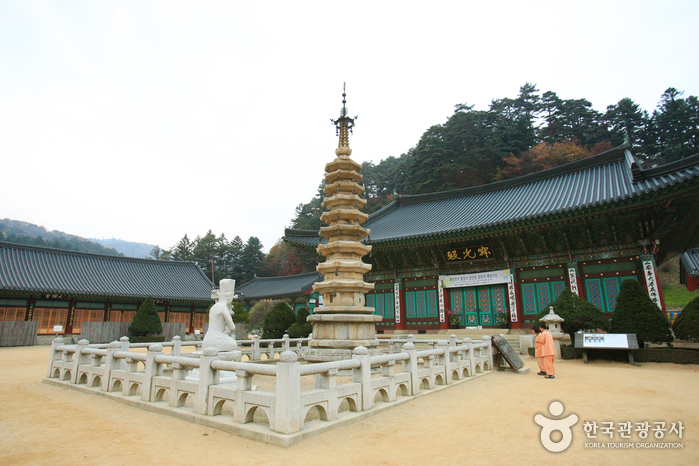 Woljeongsa Temple, located on Odaesan Mountain in Jinbu, PyeongChang, was founded in 643 by a monk. It is famous for its octagonal nine-story stone pagoda, which is Korea’s National Treasure Number 48. This temple offers programs for experiencing Buddhist culture, including walking through the fir tree forest, touring the temple, trekking by Odaecheon Stream, and visiting the Buddhist hermitage on Odaesan Mountain. 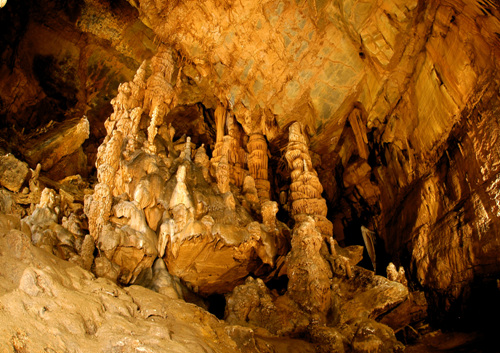 Baengnyeong Cave is a natural limestone cave, full of enormous stalactites, stalagmites and flow stones estimated to be over 400 million years old. The cave was designated as Korea’s National Treasure No. 206 in 1979. Measures have been taken to ensure the cave remains as pristine as possible. The only way to visit the cave today is an eco-experience tour, which lets visitors explore the cave with the help of a guide who ensures the safety of the visitors and the cave. 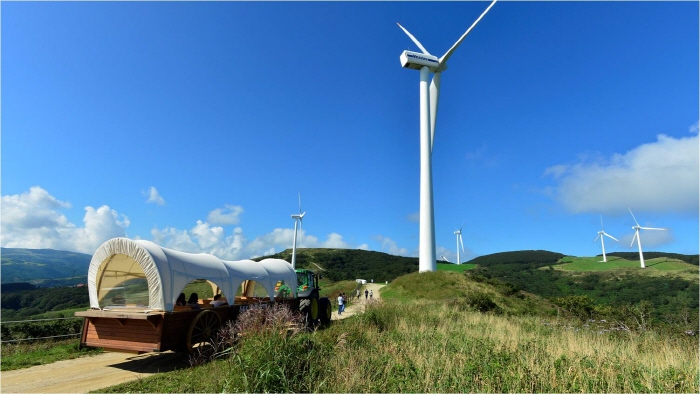 Daegwallryeong Haneul Ranch was founded in 1974, and now covers 2471 acres.  Today, it raises 400 Holstein dairy cattle and 100 Korean native cattle in an environmentally friendly manner. The farm restricts artificial development as much as possible and provides a ranch experience where visitors can commune with nature. 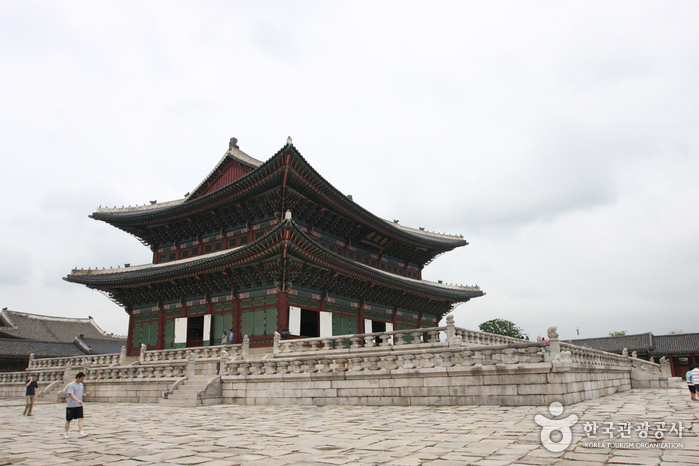 Gyeongbokgung palace was the main royal palace of the Joseon Dynasty. Originally built in 1395, it was the largest of the Five Grand Palaces built by the dynasty and served as home to the Joseon Kings, their families and their government. During the Imperial Japanese occupation of Korea from 1910-1945, all but 10 of the palace’s nearly 500 buildings were demolished, but the South Korean government is in the midst of a 40-year project to restore the palace complex to its original glory. Today the palace is home to the National Palace Museum of Korea and the National Folk Museum. 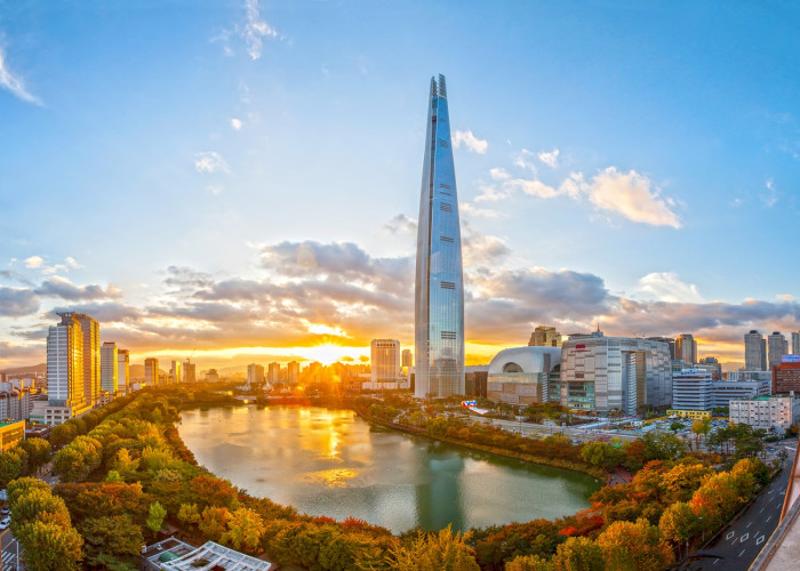 Opened in April 2017, Seoul Sky is the third highest observation deck in the world. Located on floors 117-123F of Lotte World Tower, the fifth-tallest building in the world, Seoul Sky holds several Guinness World Records, including world’s longest elevator and world’s highest glass-floored observation deck, located on floor 118 for those who are feeling extra daring. On a clear day, visitors can see as far as Songdo to the west and the Yellow Sea to the south. 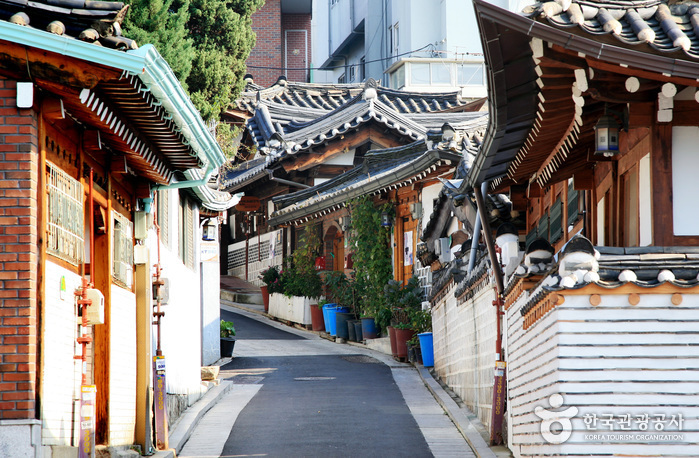 Bukchon Hanok (Traditional House) Village is a Korean traditional village in Seoul with a long history. Located between Gyeongbok Palace, Changdeok Palace and Jongmyo Royal Shrine, the traditional village is composed of lots of alleys, hanok (traditional Korean houses), and is preserved to show a 600-year-old urban environment, allowing visitors to experience the atmosphere of the Joseon Dynasty.