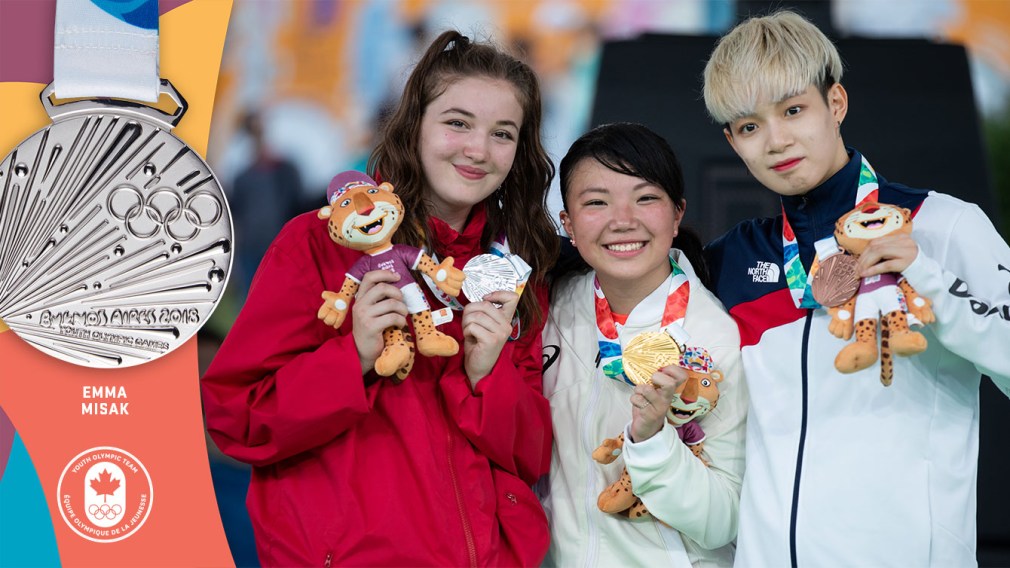 Another historic medal for Canada at the Youth Olympic Games as Emma Misak wins silver in the breaking event.

Emma drops her last name when steps on the floor to compete. In the B-Girl preliminaries, Emma won two out of her three matches. She won 2-0 against Hungarian Csepke and the Netherland’s Vicky, and fell 0-2 to Japan’s Ram.

In the quarter-finals, Emma faced France’s Srta. Carlota and won 3-1. Next, in the semi-finals, Emma defeated Russian Matina to move on to the finals.

In the gold medal battle, Emma danced off against Ram for the second time. Ram came out on top again, winning the battle 4-0.