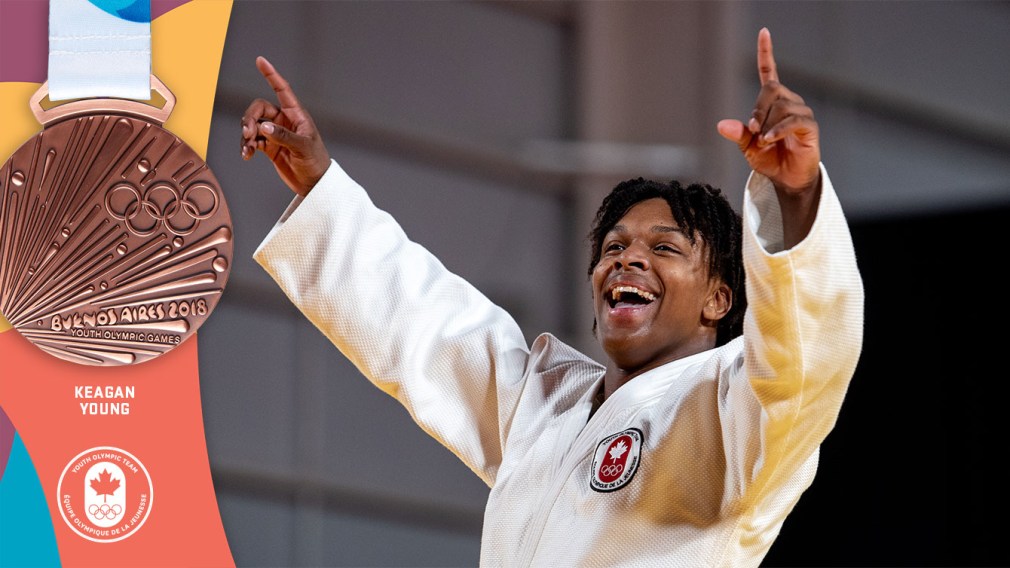 Young’s bronze medal is not only Canada’s first of Buenos Aires 2018, but it marks Judo Canada’s first in Youth Olympic Games history. He won his medal against Alex Barto of Slovakia.

Young didn’t take the easy path to his Youth Olympic medal, the Canadian lost his quarter-final match against Algerian Ahmed  Rebahi, sending him into the repechage round.

In repechage, he won his first match versus Moroccan Anwar Zrhari. Next up he faced Venezuelan Carlos Paez. He defeated Paez, leading him to the bronze medal match.