The Best Football Movies to Prepare for Superbowl LIII

The Best Football Movies to Prepare for Superbowl LIII 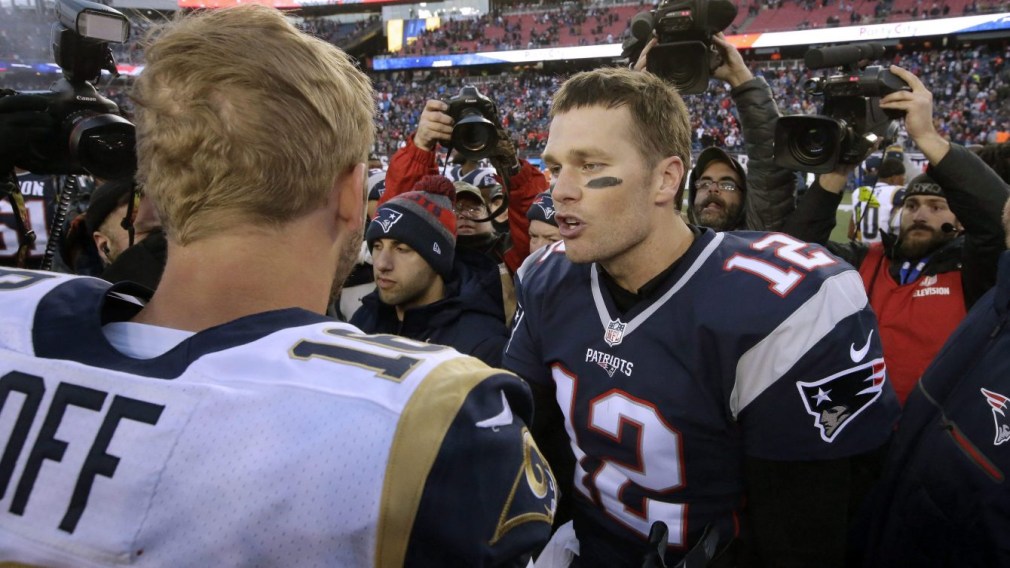 Canada has hockey, the United States has football. The Super Bowl draws an average of 100+ million viewers, so there’s no wonder so many great movies feature the sport. Make yourself comfortable and get ready for Super Bowl Sunday with one of these amazing football movies.

In a small, nearly bankrupt Texas town, one thing brings everyone together and gives them a little hope: the local high school football team, which plays every Friday night. Inspired by a true story, this movie tells the story of the challenges that face the coach (Billy Bob Thornton) and players, who must live up to the entire town’s expectations.

Tony D’Amato (Al Pacino) is a football coach who has dedicated his life to the game. The film also stars Dennis Quaid, Cameron Diaz, Jamie Foxx and James Woods. Coach D’Amato’s pre-game speech is one of the best in the history of sports movies.

Inspired by a true story, the movie covers the last days of segregation in Virginia and the special bond that exists between white and black high school football players on and off the field. It’s great to see how the unifying effect of the football team has given the community an opportunity to come together instead of fighting. Also, who wouldn’t like to have Denzel Washington as a coach?

It’s one of the most inspiring movies of all time. Since his childhood, Rudy was told he will never be able to play football because of his height. He doesn’t even have the support of his family who’s obsessed with the game. With hard work and determination, Rudy achieves his dream and puts on the University of Notre Dame jersey. For those who have watched the movie, the title means everything: Rudy! Rudy! Rudy!

Invincible tells the incredible story of Vince Papale, a die-hard fan of the Philadelphia Eagles. When the Eagles decide to hold open tryouts, Papale, who only played one year of high school football, tries out and makes the team. Papale is the youngest rookie (30), excluding kickers, to have played in the National Football League without playing in university.

Inspired by the book of the same name, this drama is about the American dream. It tells the story of a homeless young man who is brought under the wing of a well-off family. His new family, and especially his mother (Sandra Bullock), teach him the basics of football. With his impressive size, Oher becomes a great lineman and the school’s best hope at the NFL draft.

Even if the story of this film is predictable, it’s still good. Carried by a star-studded lineup (Tom Cruise, Cuba Gooding Jr. and Renée Zellweger), Jerry Maguire is a classic best enjoyed with an extra large bowl of popcorn and extra butter. “Show me the money! ”

First, it’s a hot topic. Second, Will Smith’s interpretation is spot on. Concussion is based on the story of Dr. Bennet Omalu, who discovered Chronic Traumatic Encephalopathy (CTE) in NFL players. Dr. Omalu got into a fight with the powerful NFL when he tried to share his research with the public. This movie is both disturbing and persuasive.

Football player Joe Pendleton is mistakenly sent to heaven by his guardian angel 50 years before his expiration date. Pendleton is then assigned a new body to continue his life. Of course, this comedy is full of twists and turns… and a pinch of romance!

Partly inspired by real events, Leatherheads tells the story of Dodge Connolly who tries to guide his professional football team to stardom when the league is about to implode in the 1920s. He recruits a college player and First World War hero to help him achieve his goal. A cute sports journalist (yes, a woman!) is involved in the story. With George Clooney, John Krasinski and Renée Zellweger, how can this not be good!

A story we wish was fiction. In 1970, the entire Marshall University football team died in a plane crash. While the school was thinking of canceling its football program, an unexpected hero enters the scene: coach Jack Lengyel (Matthew McConaughey). In just one year, he rebuilds the team and makes it competitive enough to face its biggest rivals.

The title says it all. When the players on a US football team decide to go on strike, the coach (Gene Hackman) has no choice but to find substitutes. Of course, they are far from the top choices, but they have heart and motivation, maybe even enough to reach the top! This comedy is a little cliché but remains a classic.

Varsity Blues is your classic teen hit: the handsome guy, the beautiful girl, football and good old drama. The coach of the football team is forced to rely on his backup quarterback, Jonathan, when the starter suffers a season-ending injury. Jonathan and the coach have a few clashes that add some drama to the story.

A young, talented football player must choose between continuing his athletic career or staying with his family in a small town in Pennsylvania. Look out for Tom Cruise in his first film ever!

When a National Football League star is sent to prison, he forms an inmate football team to face off against the prison guards’ team. Burt Reynolds plays the lead in this classic drama, and some former NFL players also appear!

When two coaches compete, nothing can stop them in their quest to lead their team to the top. The fact that they’re brothers and their teams are at very different levels doesn’t help the battle. May the best brother win!