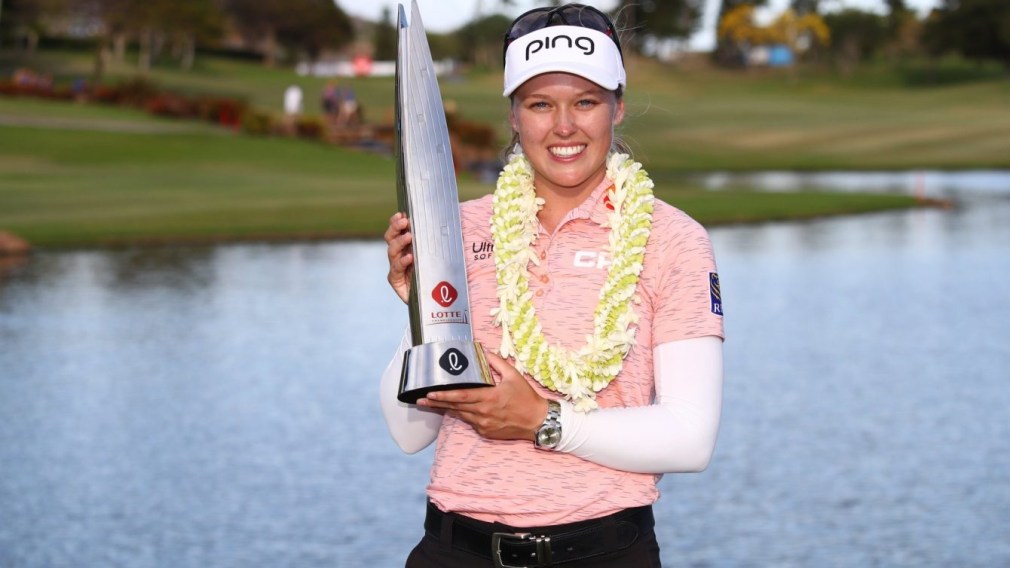 The Canadian golfer earned her eighth career LPGA title on Saturday finishing atop the Oahu Lotte Championship in Hawaii.

The victory allowed 21-year-old Brooke Henderson to tie the Canadian record for most career victories on the LPGA or PGA Tour.

Henderson captured her eighth career title by shooting 2-under 70 to win the Lotte Championship for the second year in a row. The Canadian managed to lead from the start of the final round to finish at -16 and record a total of 272 strokes.

Korea’s Eun-Hee Ji was second at -12, followed by Thailand’s Ariya Jutanugarn who finished with -11. The Canadian entered this final round at the top of the standings tied at -14 with American Nelly Korda. In the third round Friday, Henderson shot a 3-under 69 for a share of the third-round lead. She managed to keep a place in the top three during all rounds.

In addition to matching a Canadian record, with this win Henderson earns a check for $300,000, giving her a career total of over five million dollars.

Between 1968 and 1981, Sandra Post recorded eight career victories on the LPGA Tour. Mike Weir and George Knudson matched that on the PGA Tour.