Double silver for Canada at the Diving World Series in Montreal

Double silver for Canada at the Diving World Series in Montreal 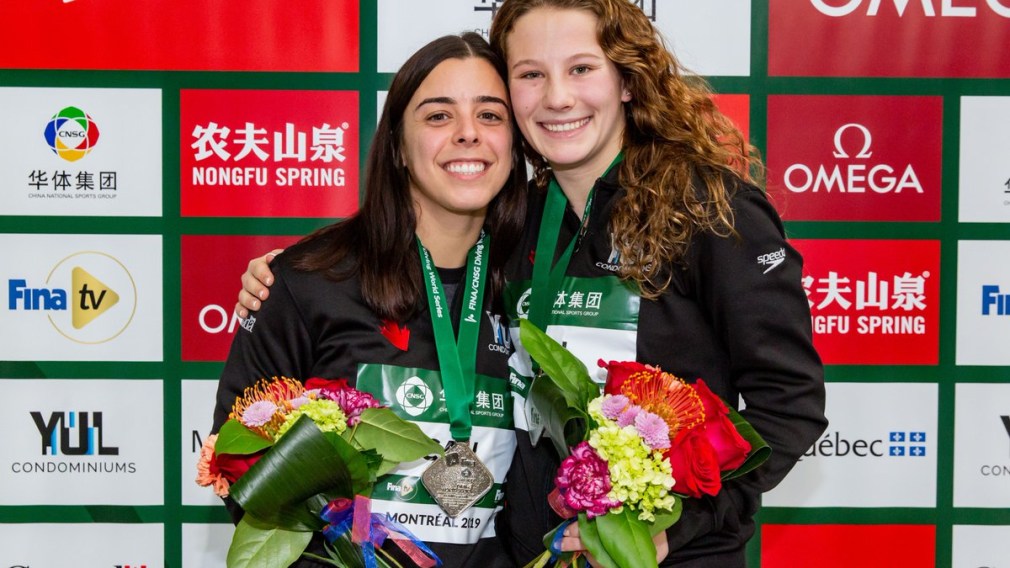 Meaghan Benfeito and Caeli McKay were the first to reach the podium, finishing second in the women’s 10m synchro event.

The duo had a total score of 328.47 points, featuring a new dive, and landing a new personal best. Ahead of them on the podium were Mi Rae Kim and Jin Mi Jo from the Republic of Korea (329.70 points), while China’s Jiaqi Zhang and Wei Lu finished in third place (320.64 points).

Canada’s second medal of the day, also a silver, was won by Jennifer Abel and Mélissa Citrini-Beaulieu in the women’s 3m synchro event with 306.27 points.

Day one of three. The home crowd were hoping for a medal for the home duo Jennifer Abel and Mèlissa Citrini-Beaulieu in the women’s 3m Springboard Synchro. Watch live on 📺 https://t.co/bEozhdW5qV. 🌍💦#Diving #DWS19 pic.twitter.com/E3K4VSriLs

On the men’s side, Vincent Riendeau and Nathan Zsombor-Murray finished just off the podium in fourth place in the men’s 10m synchro event with 397.71 points.

In the men’s 3m synchro, Quebec natives François Imbeau-Dulac and Philippe Gagne had a total score of 409.11 points, landing in fifth place.

This is the third stop on the FINA Diving World Series. Competition continues through Sunday at the Olympic Park Sports Centre in Montreal.