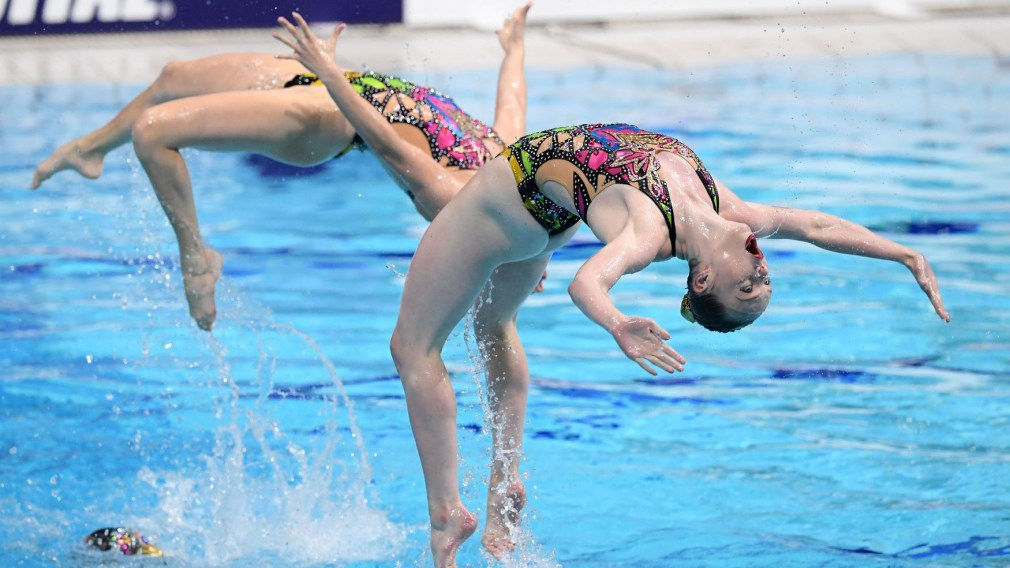 Canada picked up three medals on Day 1 of the FINA Artistic Swimming World Series in Beijing.

Jacqueline Simoneau came out on top in two events: gold in solo technical, along with gold in duet technical, with partner Claudia Holzner. 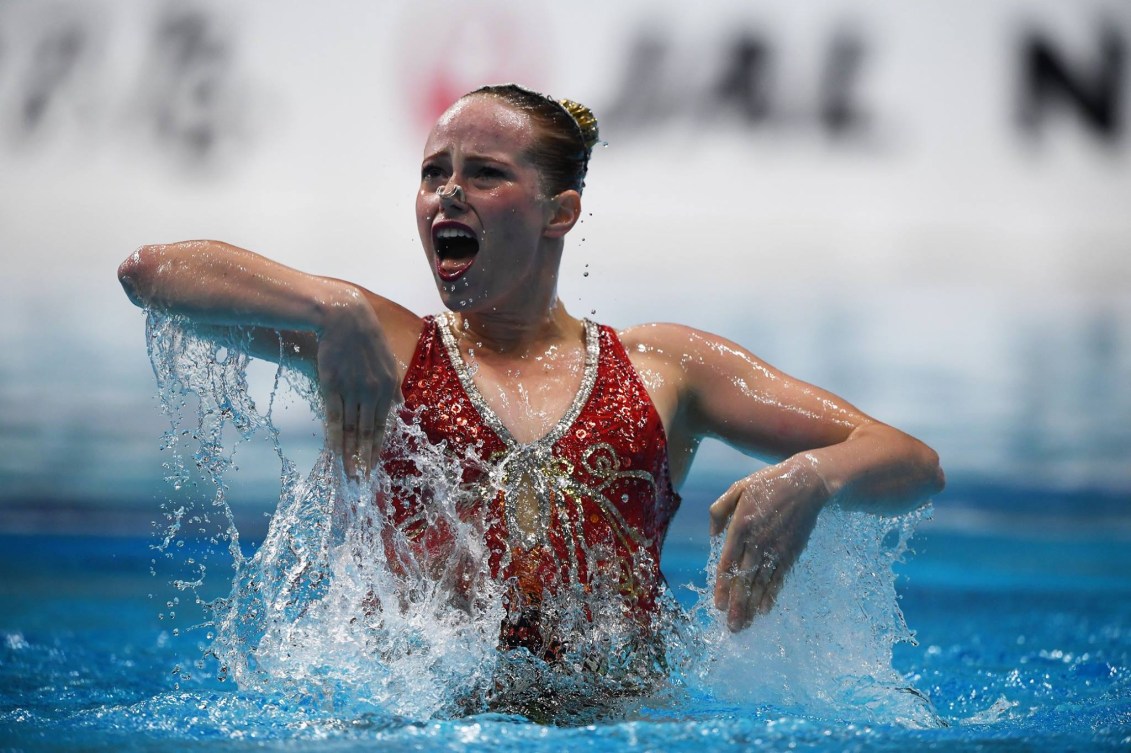 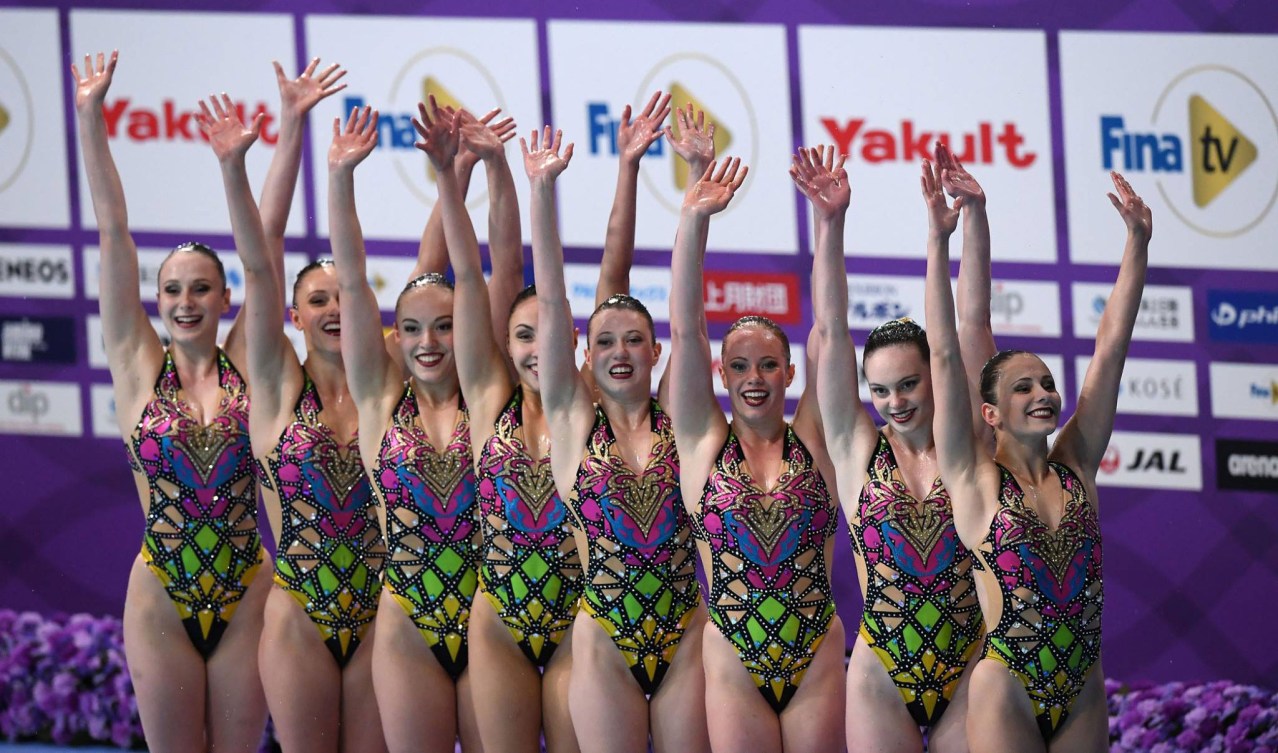 Team Canada waves to the crowd in Tokyo at the fourth stop of the FINA Artistic World Swimming Series. (Credit: FINA)

This is the fifth of nine stops for the teams. The World Series will make a stop in Quebec City from May 30-June 1.

Competition continues through Monday at the Ying Tung Natatorium in Beijing.