Weekend Roundup: A number of firsts for Team Canada

Weekend Roundup: A number of firsts for Team Canada 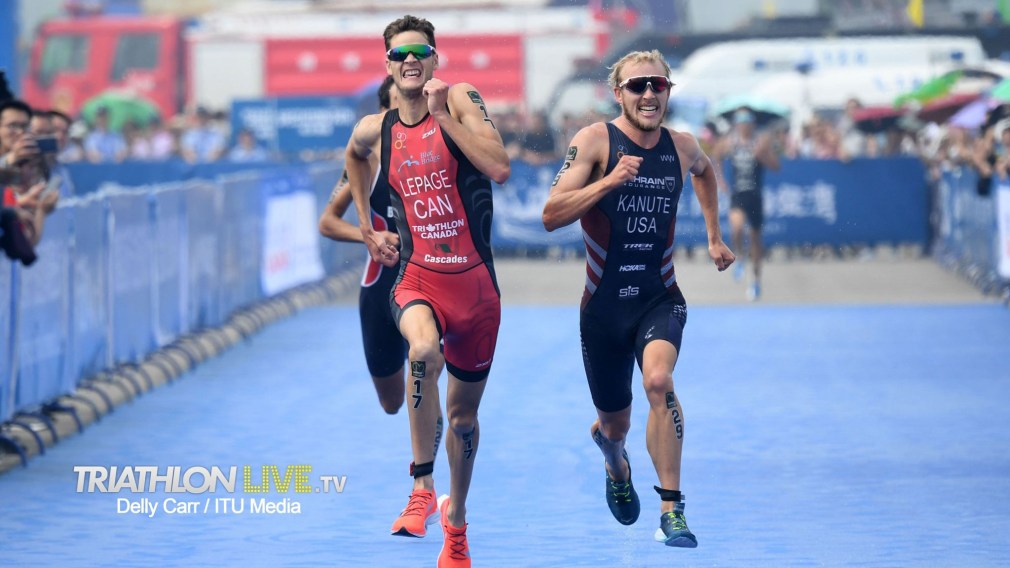 There were a lot of first-time victories and podiums this weekend for Team Canada’s athletes. Let’s take a look at what happened: 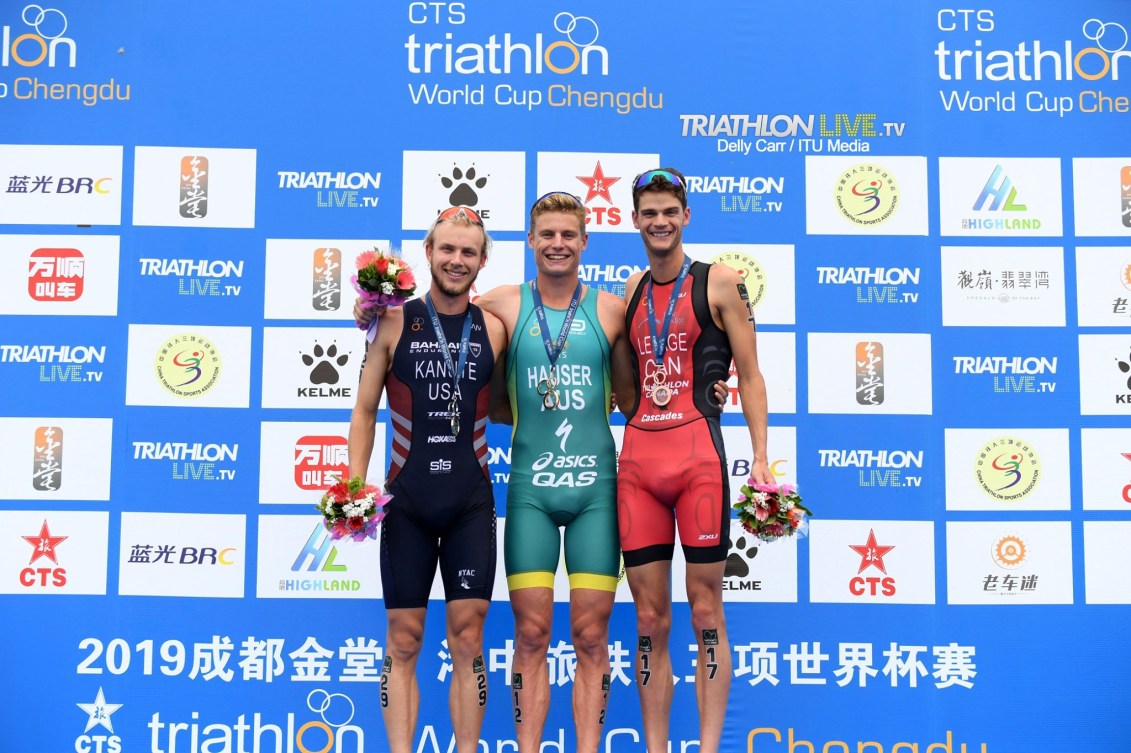 Canada’s Alexis Lepage finished third at the ITU World Cup in Chengdu, China on Sunday May 12, 2019. It is his first-career podium for the Quebec native. (Delly Carr/ITU Media)

Triathlete Alexis Lepage reached his first career Triathlon World Cup podium over the weekend with a time of 27:55.

It was a photo finish for Lepage, with American Ben Kanute won the silver medal by less than a second. Australia’s Matthew Hauser crossed the finish line first in 27:42.

A big mixe of emotions this weekend!! but I am glad that I finally got my first gold medal in individual at the Fina world series 🥇 . . #dws2019 #dws #gold #medal #fina #diving #individual #women3mspringboard #kazan #Russia #jennabel #teamabel #jenniferabel

On Saturday, Vincent Riendeau and Caeli McKay dived to bronze 10m mixed synchro event. They had a total of 312.42 points.

Now that's how you finish off a curling season! A big congrats to Teams @TeamJJonesCurl, @TeamKevinKoe and @crockerwalker/@kirkmuyres on winning 🥇🥇🥈 at the @curlingworldcup Grand Final! Read all about the finals here: https://t.co/PUcQhPzWHC#CurlingWorldCup
📸: Céline Stucki pic.twitter.com/j6p9ZM7r28

At the first ever World Cup of Curling Grand Final in Beijing, China, Canada won three medals: two gold and one silver.

The men, led by Kevin Koe, won gold late Saturday night with a 5-3 victory over China. 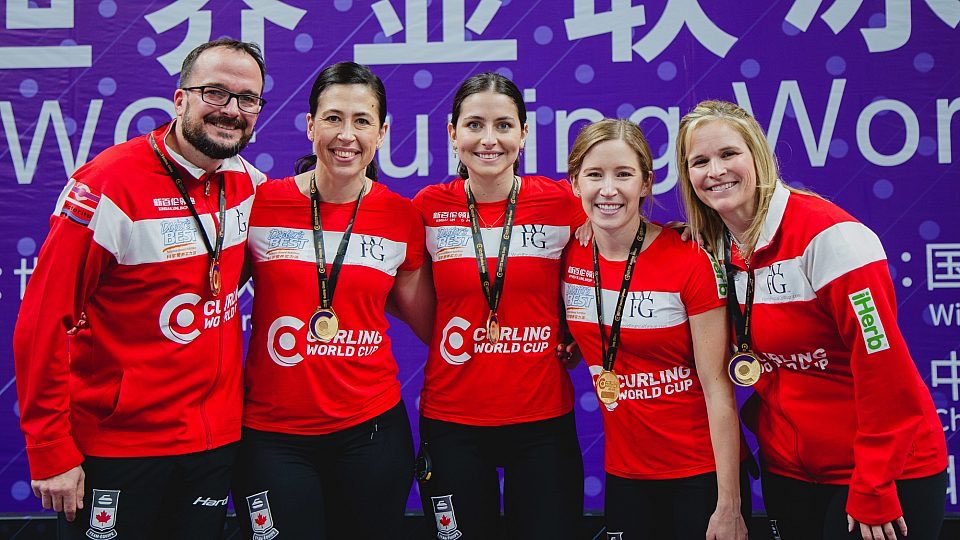 Team Jennifer Jones pose for a photo after winning gold at the inaugural World Cup of Curling Grand Final in Beijing, China on Sunday May 12, 2019. (World Curling Federation)

A few hours later, Team Jennifer Jones rounded off the weekend by grabbing gold in women’s event over Switzerland with a score of 9-6.

Congratulations to the Grand Final 🌟 All Stars!

There was one more thing for Canada to celebrate: Skip Matt Dunstone was named to the Grand Final All-Stars team.

On Saturday, Austin Cole, Aiyanna-Brigit Stiverne, Zoe Sherar and Philip Osei ran a time of 3:16.78, beating the previous record of 3:23.60.

The only other Canadian team to reach a final was the women’s 4x400m team of Sage Watson, Madeline Price, Maya Stephens and Alicia Brown. They finished just off the podium in fourth place with a time of 3:28.21.

She won a total of three medals, bronze in the 50m and 100m butterfly, and gold in the mixed 4x100m freestyle relay. 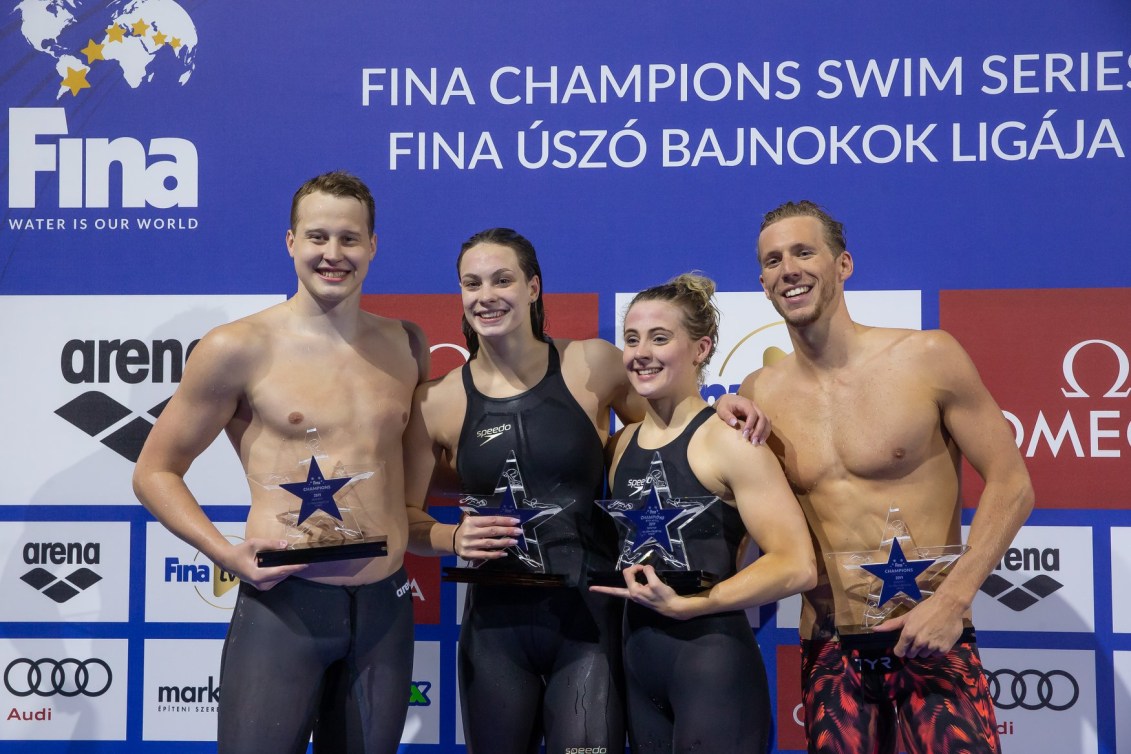 After losing their first game at the IIHF World Championship on Friday, Team Canada recovered with a 8-0 win over Great Britain. Anthony Mantha played a big role in this victory with two goals and three assists.

Gaby Dabrowski participated in the final of the Madrid Open doubles tournament with her partner, Yifan Xu. They lost 6-3, 6-1 to Hsieh Su-wei and Barbora Strýcová.

Dabrowksi and Xu have a history of success. In June 2018, they won the women’s doubles title at the Eastbourne tournament in the United Kingdom.

The duo will be competing together again in the Italian Open this week.

Not to be for Gaby Dabrowski and Xu Yifan, as they fall to Hsieh/Strycova 6-3, 6-1 in the final of the @MutuaMadridOpen.

A fantastic week for the Canadian-Chinese duo nevertheless! Congrats @GabyDabrowski and Julie! pic.twitter.com/OejrtrkNC2

Canada’s women’s rugby sevens team played host this weekend for this stop of the World Series in Langford, BC. The team had the opportunity to qualify for Tokyo 2020, but were eliminated in the quarter-finals by the United States.

They will have to wait until the next tournament (June 15-16) for the chance to qualify for the Olympics.