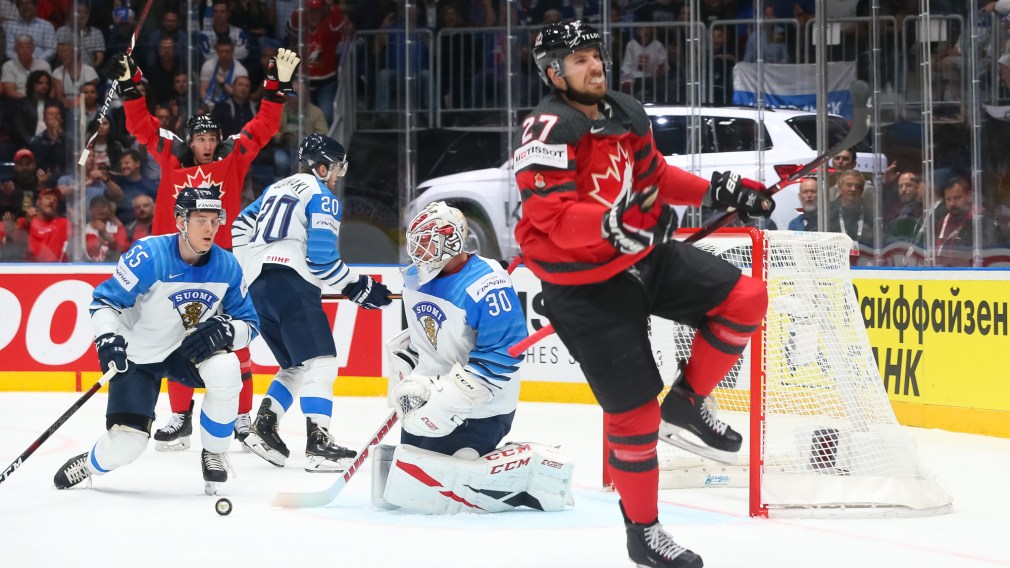 From game No. 1 to game No. 64 – the final, Canada and Finland met at the 2019 IIHF World Championships in Bratislava. During the final game on Sunday at Ondrej Nepela Arena, Canada lost to Finland 3-1.

Less than six minutes into the first period, a penalty shot was called against Team Canada for tripping, but Matt Murray shut down the penalty shot by Oliwer Kaski to keep the scoreboard empty.

Halfway into the first period, Shea Theodore lit up the scoreboard as he hit the back of the net, overtop Finland goaltender’s glove to give Team Canada a 1-0 advantage. This is Theodore’s second goal of the tournament.

Finland got on the scoreboard with their first goal scored by Marco Anttila at 2:35 in the second period. Early in the third period, Finland achieved their first lead of the game with a second and game winning goal from Anttila. Later in the third, Harri Pesonen earned the third and final goal of the game to secure a 3-1 win for Finland.

Mark Stone was named MVP at the 2019 IIHF World Championships. The Golden Knights forward led the tournament with eight goals and earned a team-high 14 points.

Since opening night on May 10th, Canada has won eight consecutive games, finishing the tournament with an 8-2 record.

In the past, this matchup has favoured Canada, who have won all three previous head-to-head finals, including a 1994 shootout victory, 2007, and 2016.