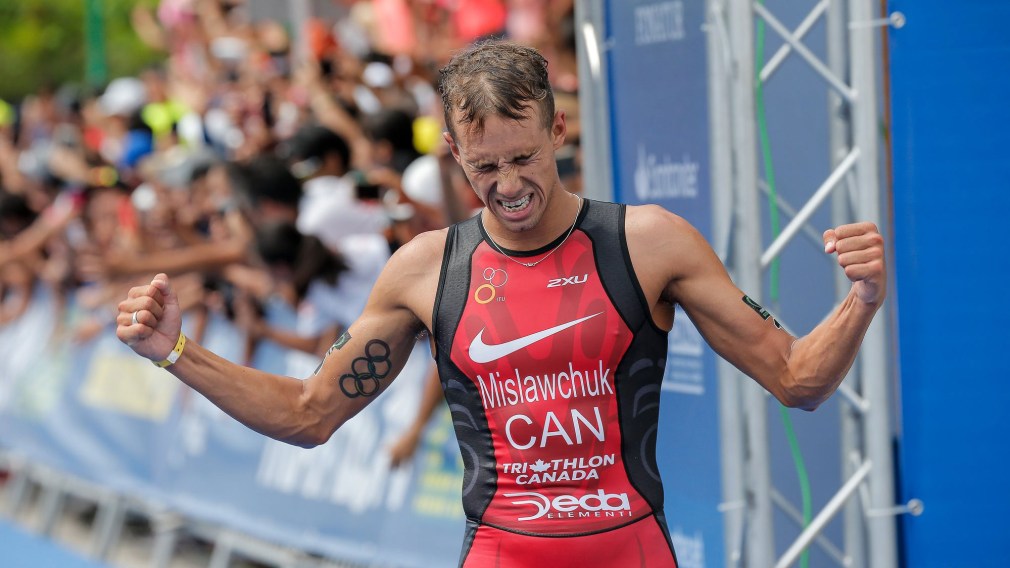 Team Canada’s rising stars showed off their skills this past weekend. Let’s take a look at what happened:

That’s World Cup medal number ✌️ for Tyler Mislawchuk! 👀 @Mislawchuk reached the 🔝 of the podium at #WCHuatulco in 🇲🇽 to claim his second GOLD 🥇 MEDAL of the season! 🇨🇦

This past Sunday Tyler Mislawchuk doubled his World Cup gold medal count to two in the sprint distance race in Huatulco, Mexico.

The Manitoba native battled through the harsh sun and crossed the finish line with a time of 55:04, making him the number one ranked athlete in the men’s field.

Montreal's Leylah Annie Fernandez caps off a brilliant week at #RG19 with the girls’ singles title, becoming the first Canadian since @felixtennis to win a junior Slam in singles and the first girl since @geniebouchard.

Over the weekend 16-year-old, Leylah Annie Fernandez defeated the American Emma Navarro 6-3, 6-2 to become the Roland Garros champion of the women’s junior tournament.

Alysha Newman‘s return to athletics after a serious tendon knee injury has been nothing but strong. After taking a full season off to recover, this weekend she broke her own Canadian record in the pole vault at the Speed River Inferno meet.

The London native cleared the height of 4.76 metres, beating her previous record of 4.75 she set at the Commonwealth Games last March.

Team Canada is looking forward to Newman’s return with the World Championship coming up in Doha, Qatar. 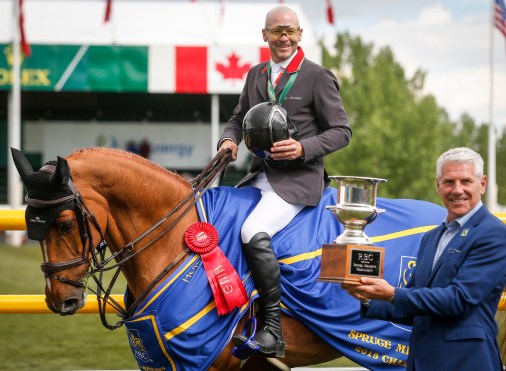 Despite being diagnosed with a brain tumour over a year ago, Eric Lamaze became the all-time money winner at Spruce Meadows.

Not backing down after his diagnosis, Lamaze and his horse, Fine Lady had four faults in the seven-way jump off to win the RBC Grand Prix of Canada.

Lamaze claimed the top prize of $125,000 to add to his total of more than $3 million in earnings at Spruce Meadows.

Despite the loss, @Sharonev1 🇨🇦 was top scorer with 24, followed by #12 Petkovic 🇷🇸, 18. Watch some highlights.

The second week of the five-week Nations League concluded over the weekend in Ottawa.

In their first two matches, Canada won against Australia and Germany. On Sunday, after an intense nail-biter Canada fell to Serbia 3-2.

Canada’s schedule continues next week in Iran to face the host nation, Poland and Russia. Then their season heads to the U.S. before concluding in Brazil.

Team Canada is currently in sixth place trying to clinch a spot in the top five. The top 5 teams after the preliminary round will join the host (U.S.) for the Final round.

In women’s soccer the first match of the 2019 FIFA Women’s World Cup kicked off Friday, June 7.

Team Canada will begin the tournament against Cameroon on the fourth day of action on Monday, June 10 at 3:00 pm ET (12:00 pm PT).

Their second match will be later in the week on Friday against New Zealand at 3:00pm ET/12:00pm PT.