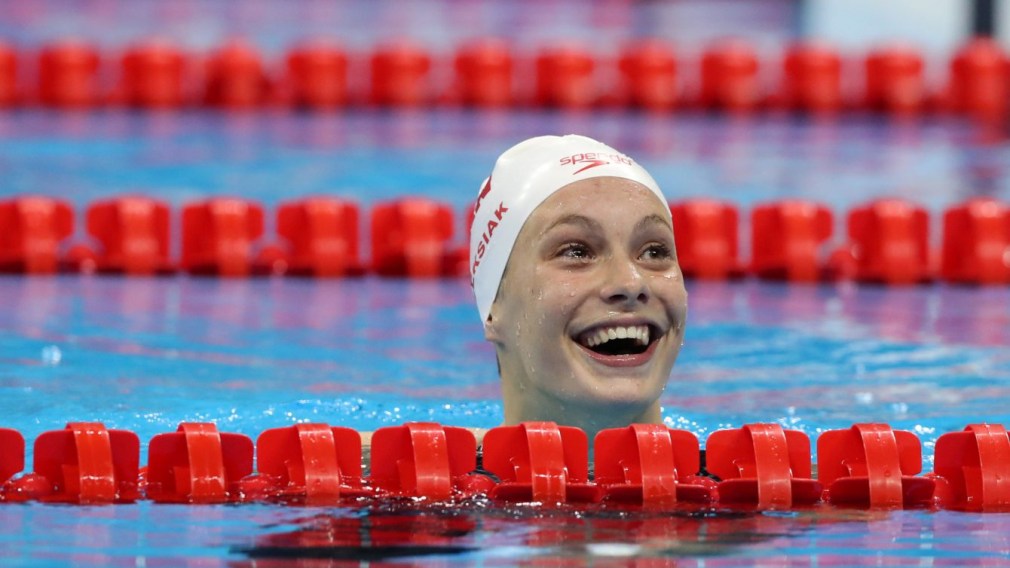 Oleksiak finished fifth overall in the qualifying round with a time of 26.70. In the final, she improved to 26.05, finishing ahead of France’s Béryl Gastaldello (26.15) and Russian Arina Surkova (26.17). 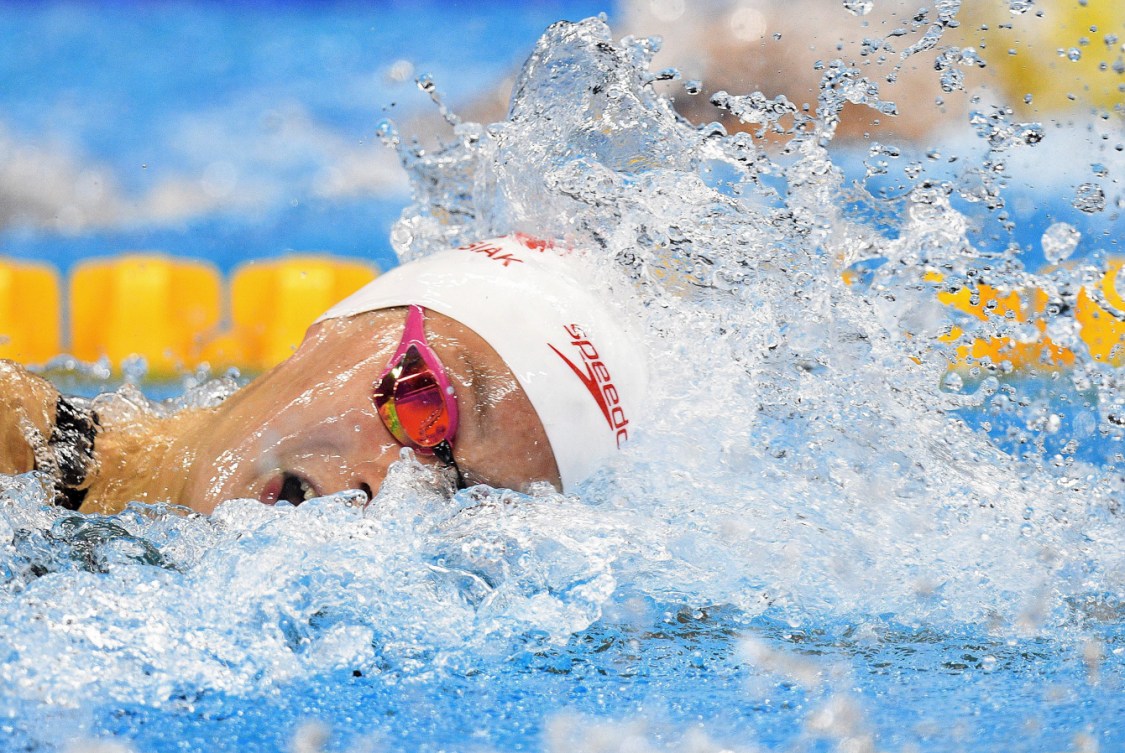 In the qualifying round Darragh finished third overall with a time of 1:59.67. 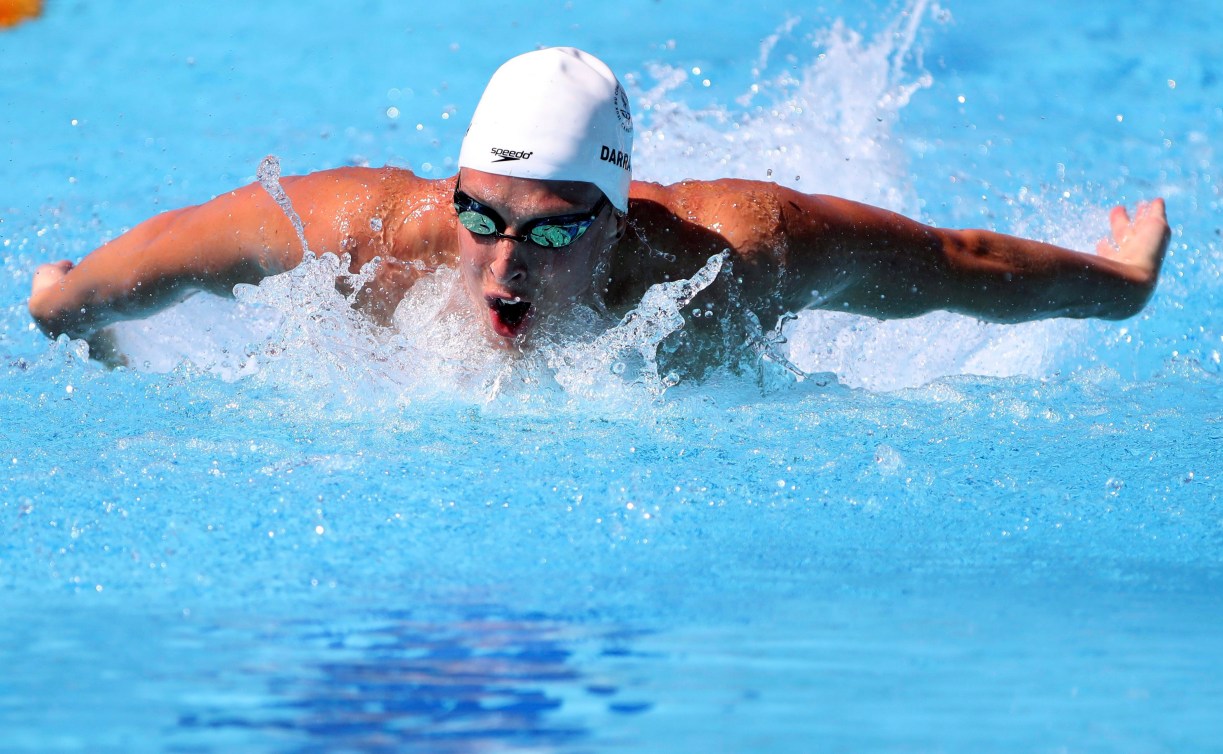 Kierra Smith also swam to a silver, in the women’s 200m breaststroke.

Taylor Ruck won her second medal of the meet, swimming a time of 1:00.18 in women’s 100m backstroke to win the bronze. She beat teammate Kayla Sanchez, who finished in fourth with a time of 1:00.68.

Canada leaves this stop of the Mare Nostrum Tour with a total of seven medals.

Canada’s Oleksiak, Sanchez and Ruck won a trio of medals at the second stop of the Mare Nostrum circuit on Tuesday. 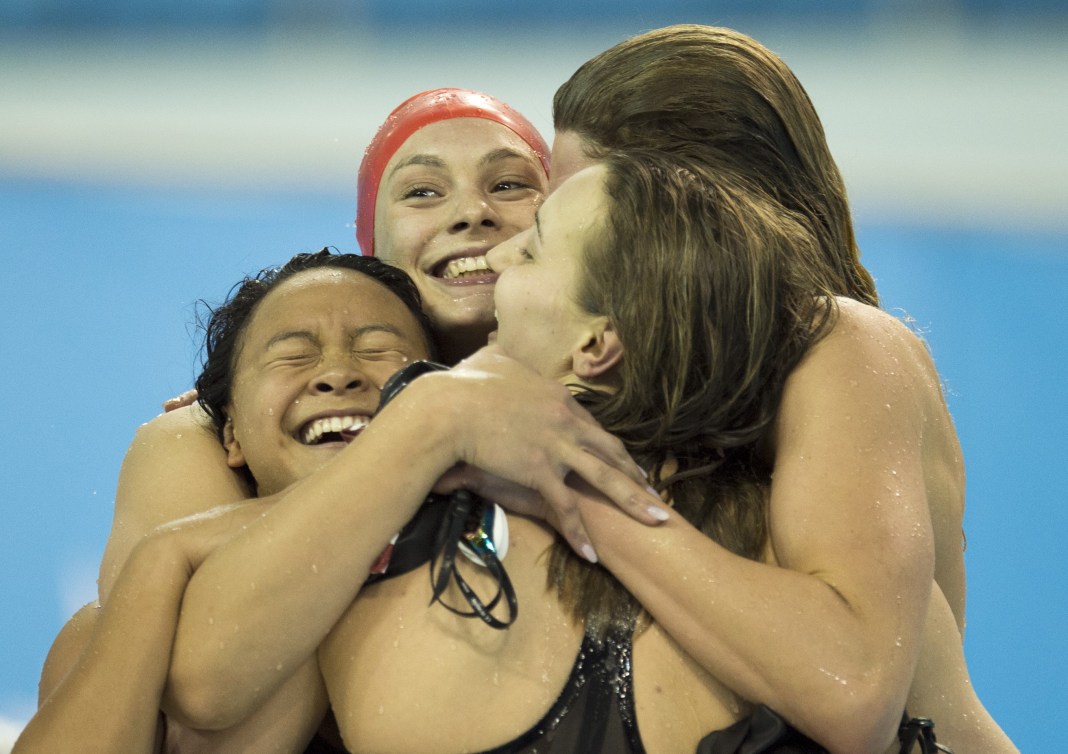 (left to right) Kayla Sanchez, Penny Oleksiak, Rebecca Smith and Taylor Ruck (back right) hug after the Women’s 200 Free at the 2019 Canadian Swimming Trials in Toronto on Saturday April 6, 2019. The four top finishers will be the relay team for the world championships. THE CANADIAN PRESS/Frank Gunn

Oleksiak finished second in the 100m freestyle with a time of 58.45 seconds. She was bested by Russia’s Svetlana Chimrova, who claimed the gold with a time of 57.92. France’s Marie Wattel finished in third, 0.3 seconds behind Oleksiak. Canada’s Rebecca Smith finished in fourth place.

Oleksiak is the reigning Olympic champion in the women’s 100m freestyle event.

Ruck picked up a bronze in the 200m backstroke. Ahead of her on the podium were Americans Phoebe Bacon and Alexandra Walsh, respectively.

At the 2018 Commonwealth Games, Ruck won silver in the 200m backstroke event. 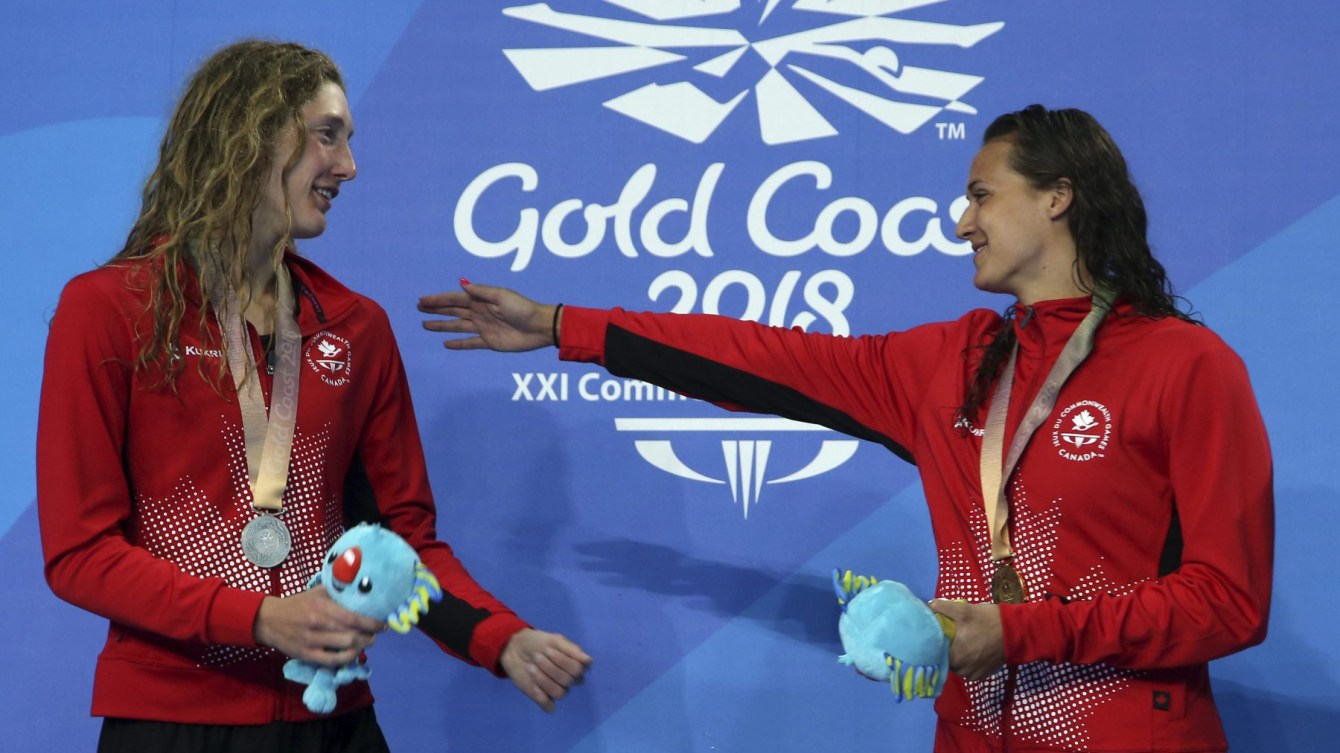 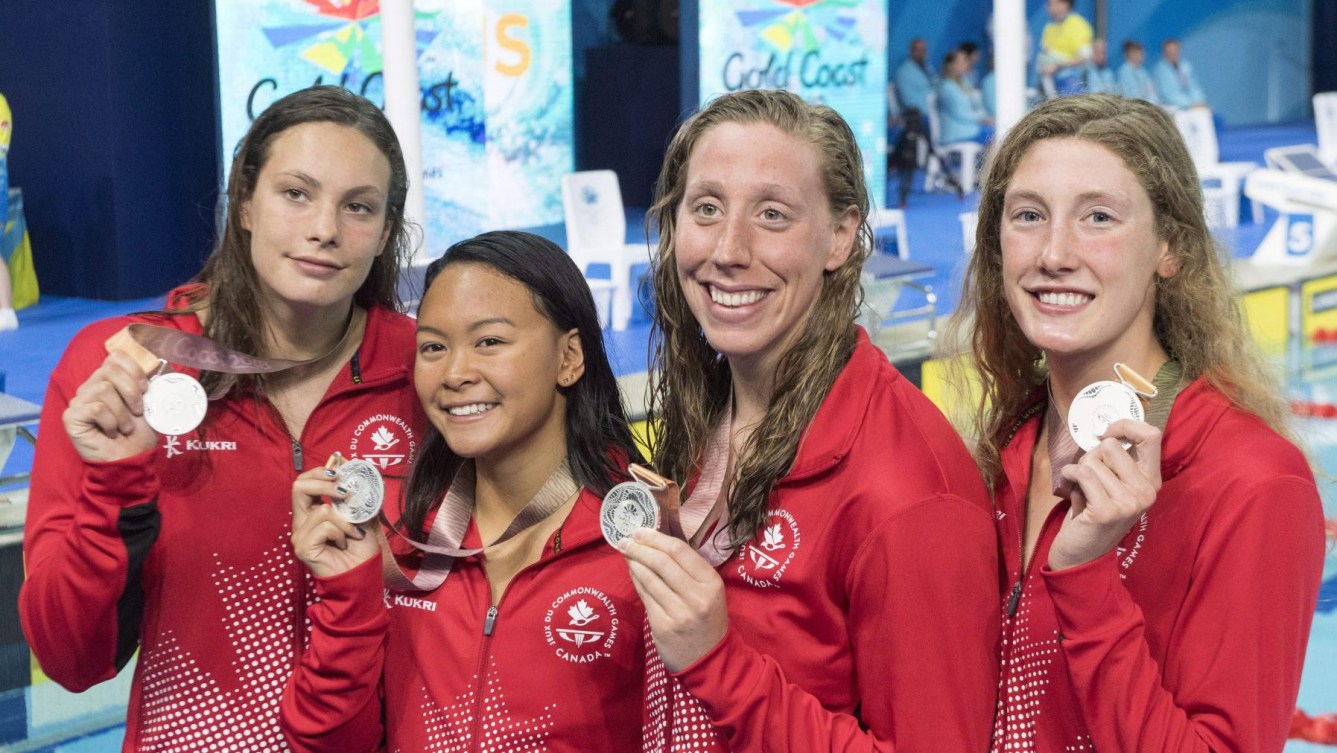 Kierra Smith almost reached the podium in the 100m breaststroke, finishing the race in fourth place.

On the men’s side, Canada’s best result came from Yuri Kisil, who finished 3rd in Finals B for the 50m freestyle.

Competition continues through Wednesday in France. The Mare Nostrum Swim Tour will conclude this weekend in Barcelona, Spain.