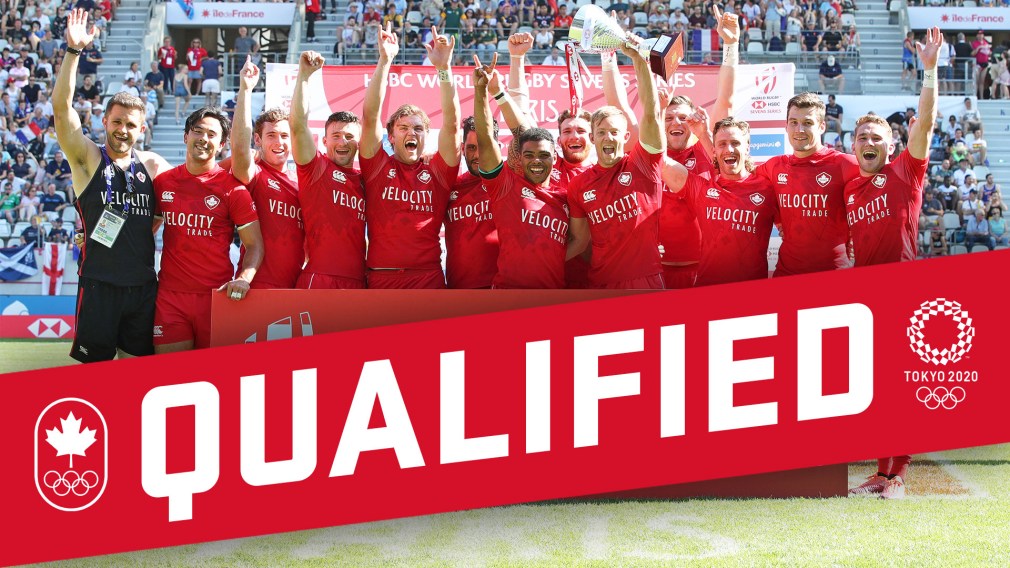 With this win of a regional qualifying tournament, Canada booked their ticket to the Tokyo 2020 Olympics, the team’s first ever Olympic games.

Team Canada’s victory in the championship game left the men with a perfect 6-0-0 record at the Rugby Americas North Sevens. The Canadians outscored their opposition 293 – 15 at the tournament.

FULL TIME: Canada takes the win over Jamaica in the #RAN7s final, punching their ticket to the teams first ever Olympic games! A convincing effort by the entire squad! 🏉🍁 #RugbyCA #RC7s #Tokyo2020

In the gold medal game, Isaac Kaay scored two tries, while Pat Kay, Andrew Coe, Harry Jones and Nate Hirayama added singles for Canada in the first half. During the second half, the Canadian lead increased with a converted Kaay try. A Hirayama kick was touched down, followed by Hirayama scoring under the posts to increase the Canadian advantage.

Earlier in the day, Canada blanked Bermuda 55-0 in the semifinals on Sunday afternoon to move onto the finals. During the quarterfinals, Canada defeated Guyana 47-5.