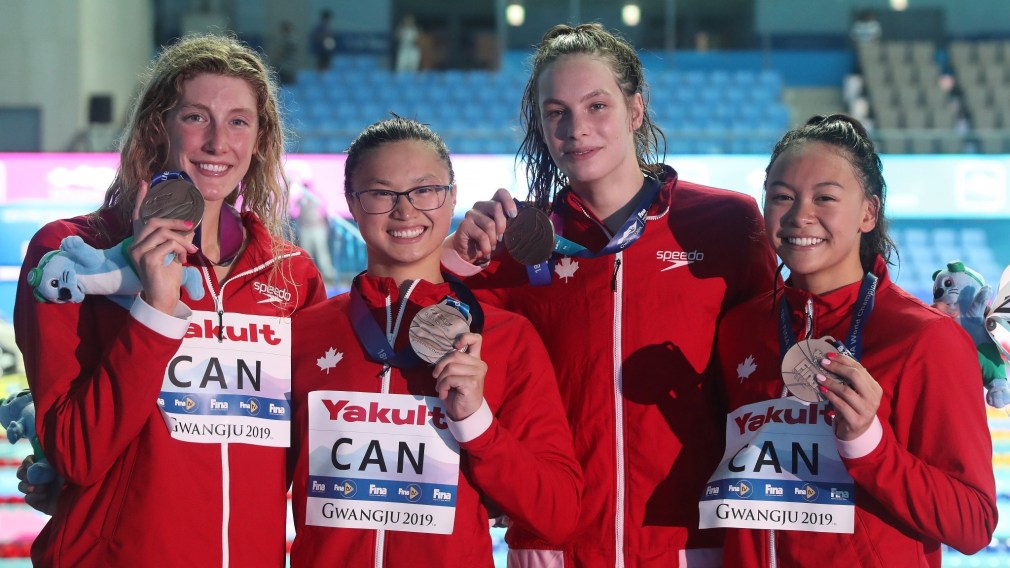 Team Canada qualified for Tokyo 2020 in the women’s 4x100m freestyle relay event after winning bronze on day one of the FINA World Championships in Gwangju, South Korea.

This also marks a national record for Team Canada, as they captured the first medal in this event for Canada at a World Championship since 1978.

Posting a time of 3:31.78, Canada’s bronze medal team included Kayla Sanchez, Taylor Ruck, Penny Oleksiak and Margaret MacNeil. However, Team Canada’s roster for the freestyle 4x100m team heading to Tokyo 2020 will be confirmed at the Canadian National trials in April.