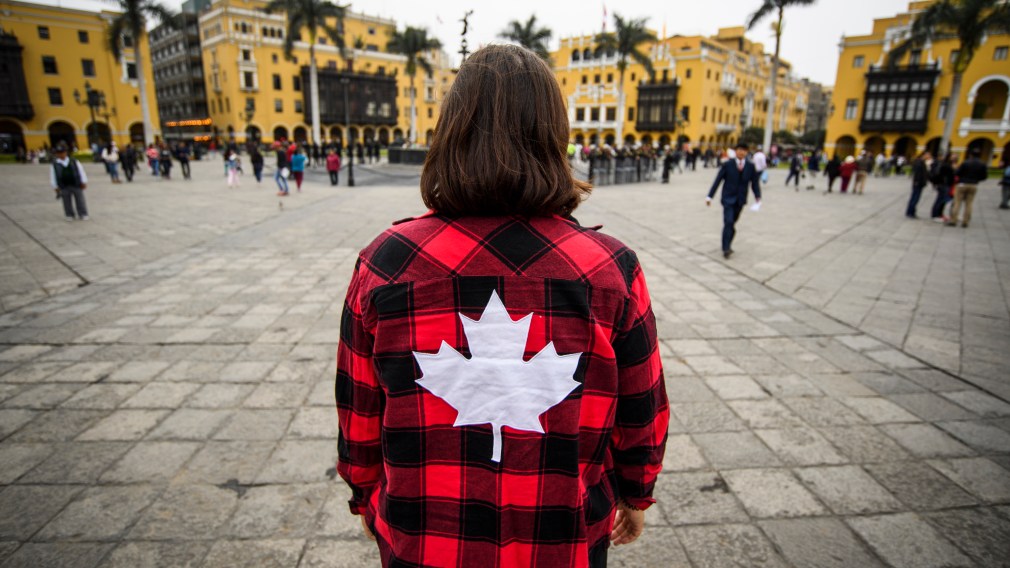 With the 2019 Pan American Games about to kick-off on July 26 in Lima, let’s explore what Peru’s capital has to offer.

So while you wait to cheer on your favourite Canadian athletes, Team Canada will help you plan your next trip to Peru’s most famous city.

1. Walk along the Malecon strip 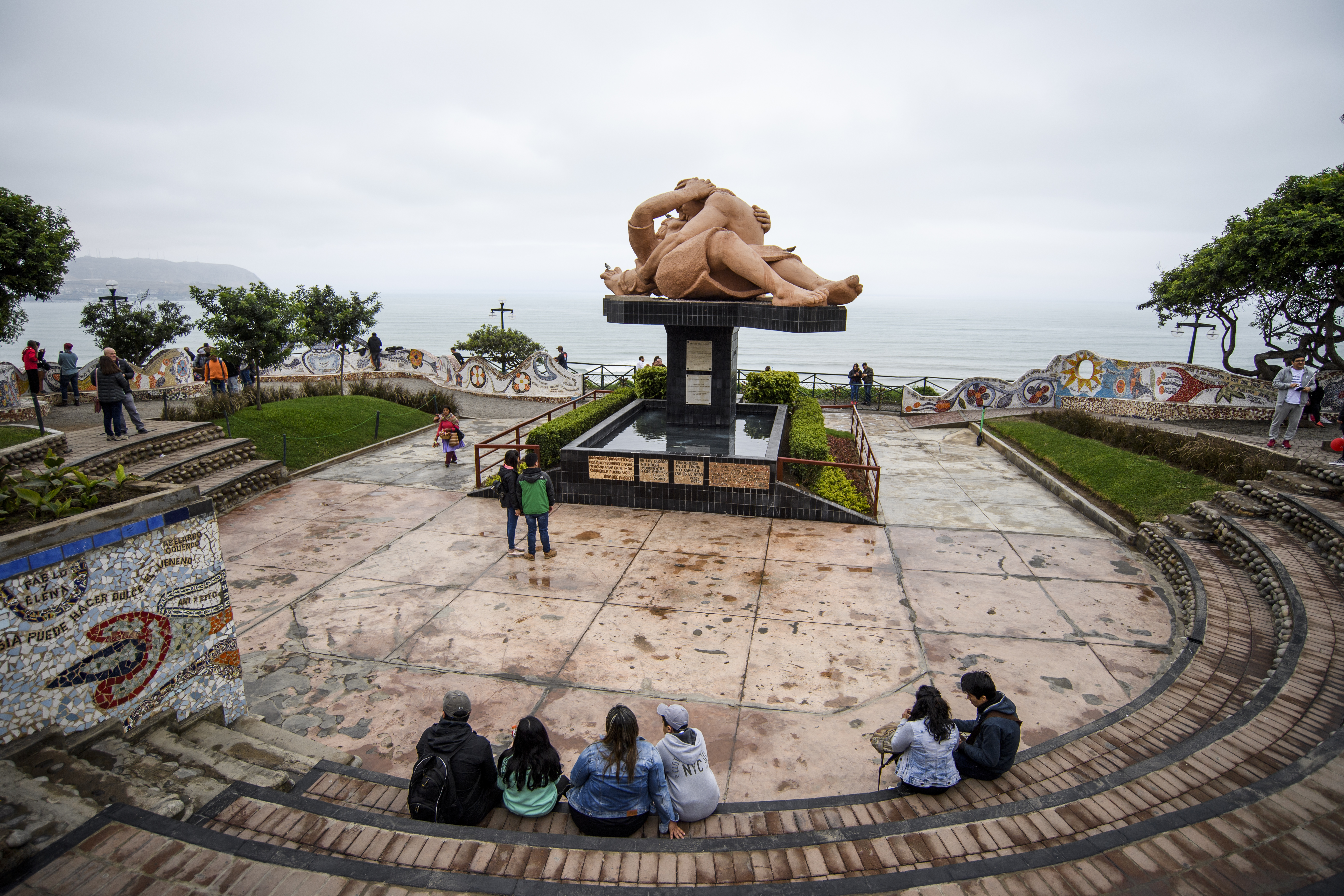 The Malecon is a two-mile boardwalk featuring various parks, gardens and open green space along the Pacific Ocean.

It’s become the perfect place for tourists and locals to enjoy the outdoors. Of all the parks on this strip, we recommend Parque del Amor. Translating to the ‘Park of Love’, this area features vibrant flowers and one of Lima’s most famous statues, ‘The Kiss’ created by Victor Delfin. 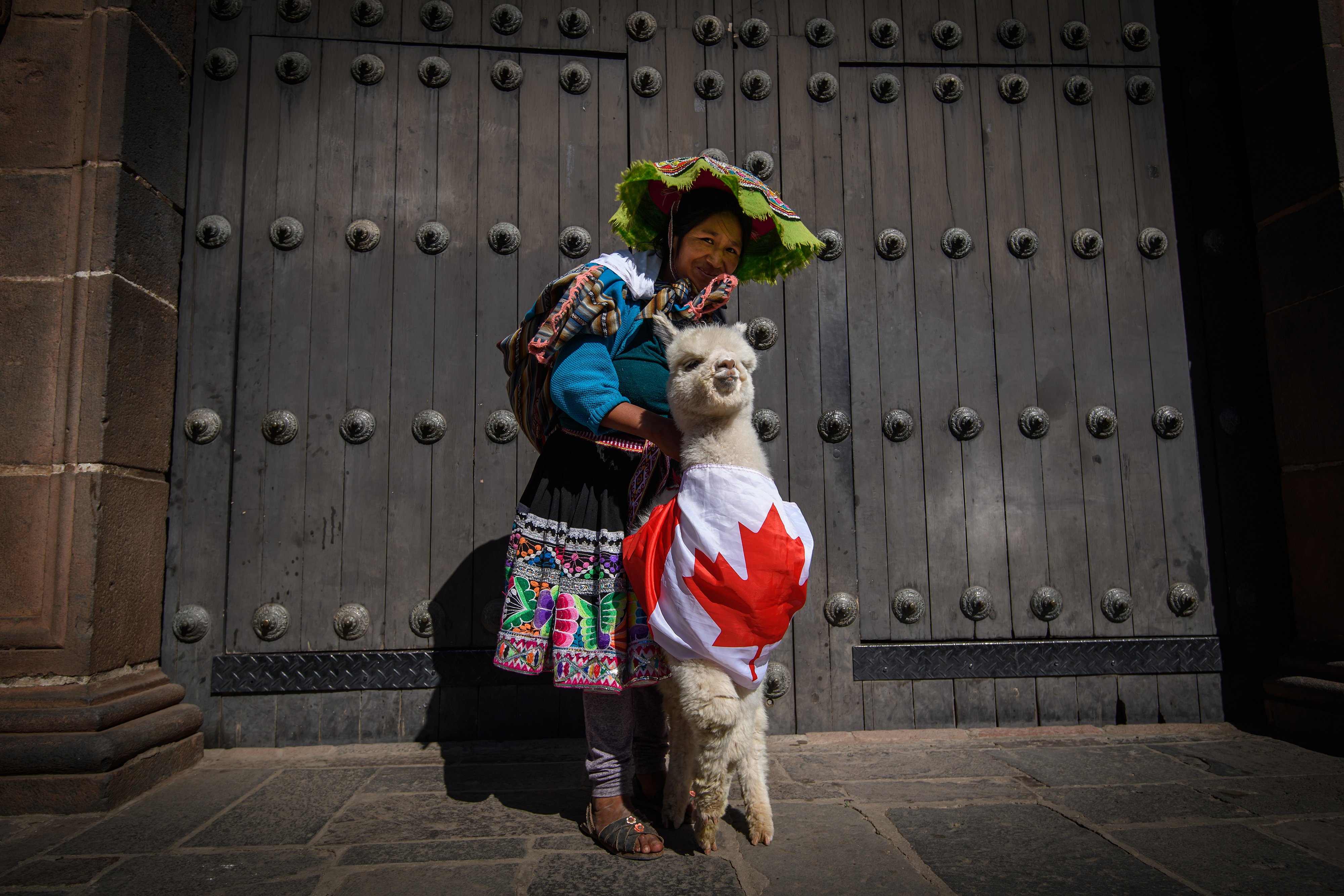 No, we aren’t talking about local a farmer selling Peruvian goods at the market, or someone to navigate you to Machu Picchu (even though that would be helpful), we mean make it your goal to see a llama.

Just to warn you, unless you are wanting a true Peruvian shower, try to resist the urge to cuddle this creature. Llamas spit when they are nervous, so approach with caution before smothering your face against their fluffy fur. 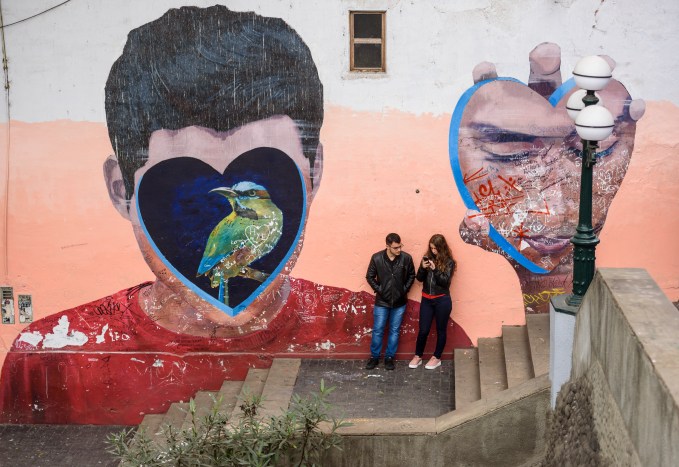 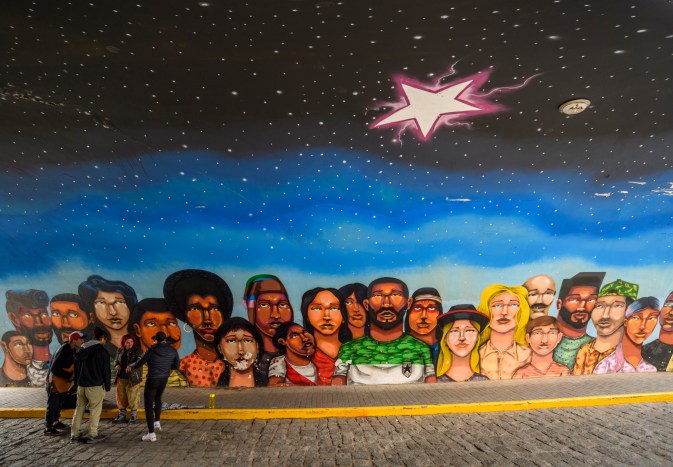 Barranco is a small district in Lima located along the Pacific Coast, known for its romanic and bohemian feel. It’s also the home of many Peruvian artists, musicians, designers and photographers.

The district’s colourful buildings, impressive street art, and fresh Peruvian coffee make it the best destination if you’re looking for a spark of creativity. 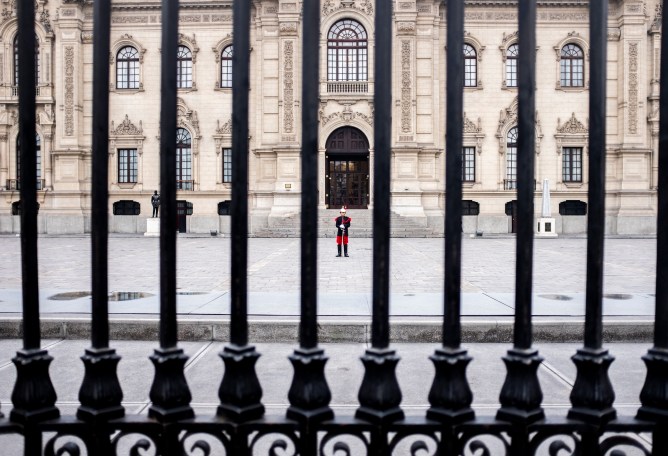 Before the changing of the guards outside the Presidential Palace in Lima Peru. (Photo credit: COC/Andrew Lahodynskyj) 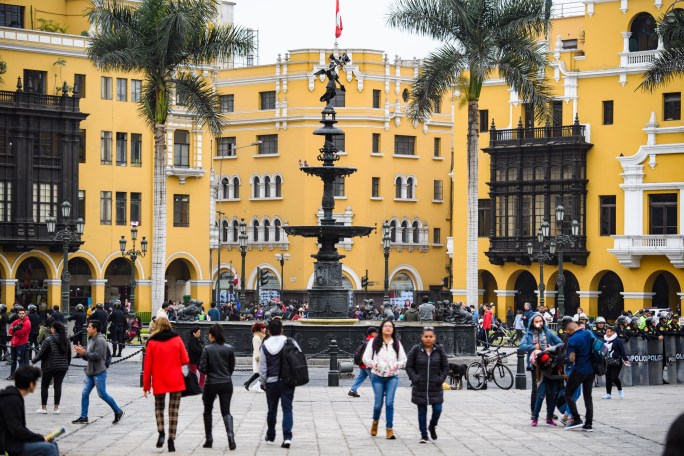 Plaza Mayor, also called Plaza de Armas, is a square made up of the Government Palace, Cathedral of Lima, Archbishop’s Palace of Lima, the Municipal Palace (city hall), and the Palace of the Union.

Located in the heart of Lima, this is a great place to uncover Lima’s history. We suggest touring the area around noon, because every day there is a band celebration to signal the changing of the guards outside the presidential palace. 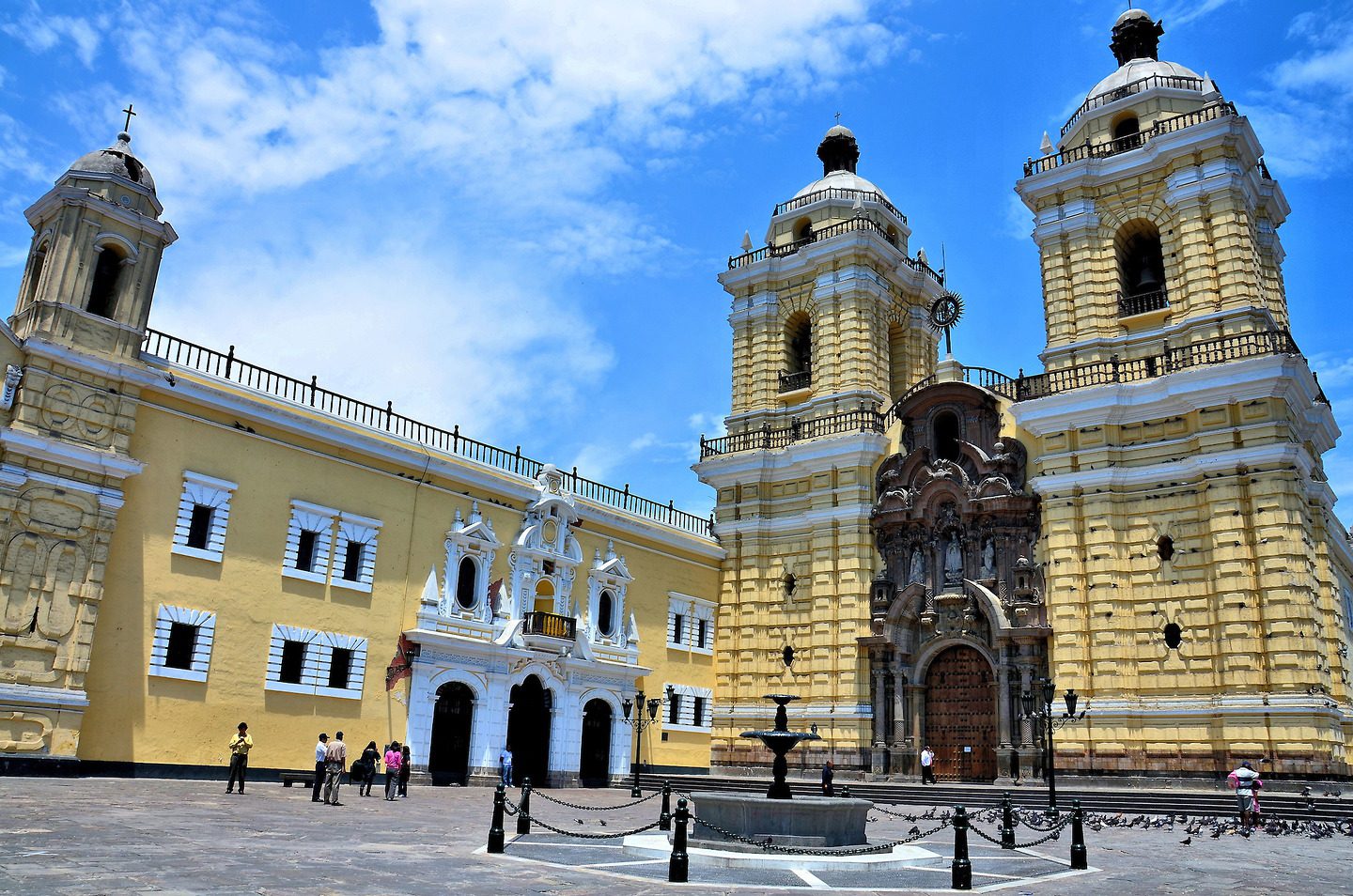 Outside of the San Francisco Church. The catacombs lie underground beneath the grounds of the church. (Photo credit: Encircle Photos)

The San Francisco Church was built in the late 1600s and has since become the most well-maintained church in the city.

Even though the church features beautiful architecture and astonishing paintings, it has become known for its secret passageway that leads to catacombs. Hiding an estimated 25,000 bodies underground, many of the remains are exposed and even arranged in various patterns. 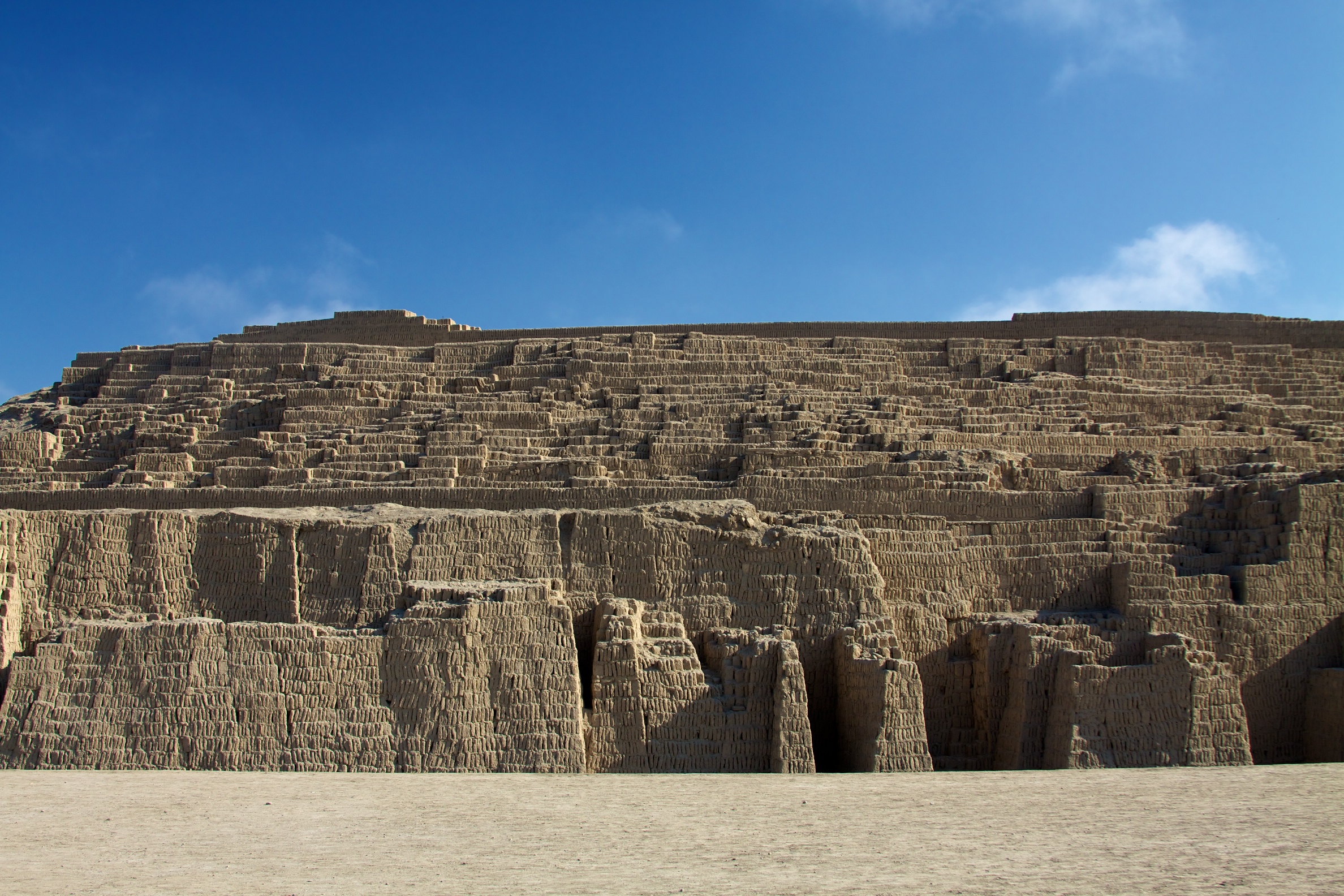 Located in the middle of the Miraflores district, Huaca Pucllana is an ancient adobe and clay pyramid.

Dating back to the pre-Incan indigenous civilization from the 500 CE era, the ancient ruins were used to carry water from the springs and rivers to their desert towns they were living in. A great spot for history junkies!

7.  Basilica and Convent of San Agustín 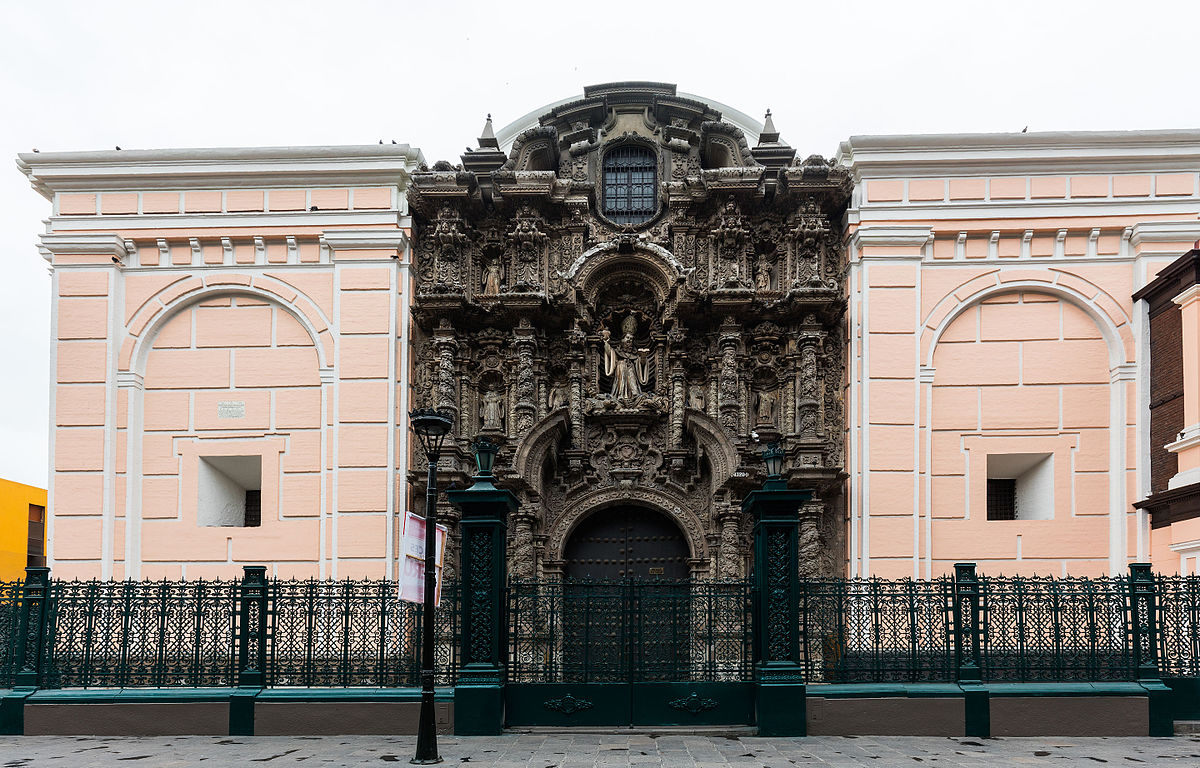 Separated by three sections (the church, school and monks’ residence) the Basilica and Convent of San Agustín was built in 1573, and later reconstructed in the 18th century.

There are two must-sees when visiting this church. The first is the amazing stone carving placed within the main portal, and the second is the masterpiece created by Peruvian sculptor Baltazar Gavilán known as “La Muerte” (The Death). 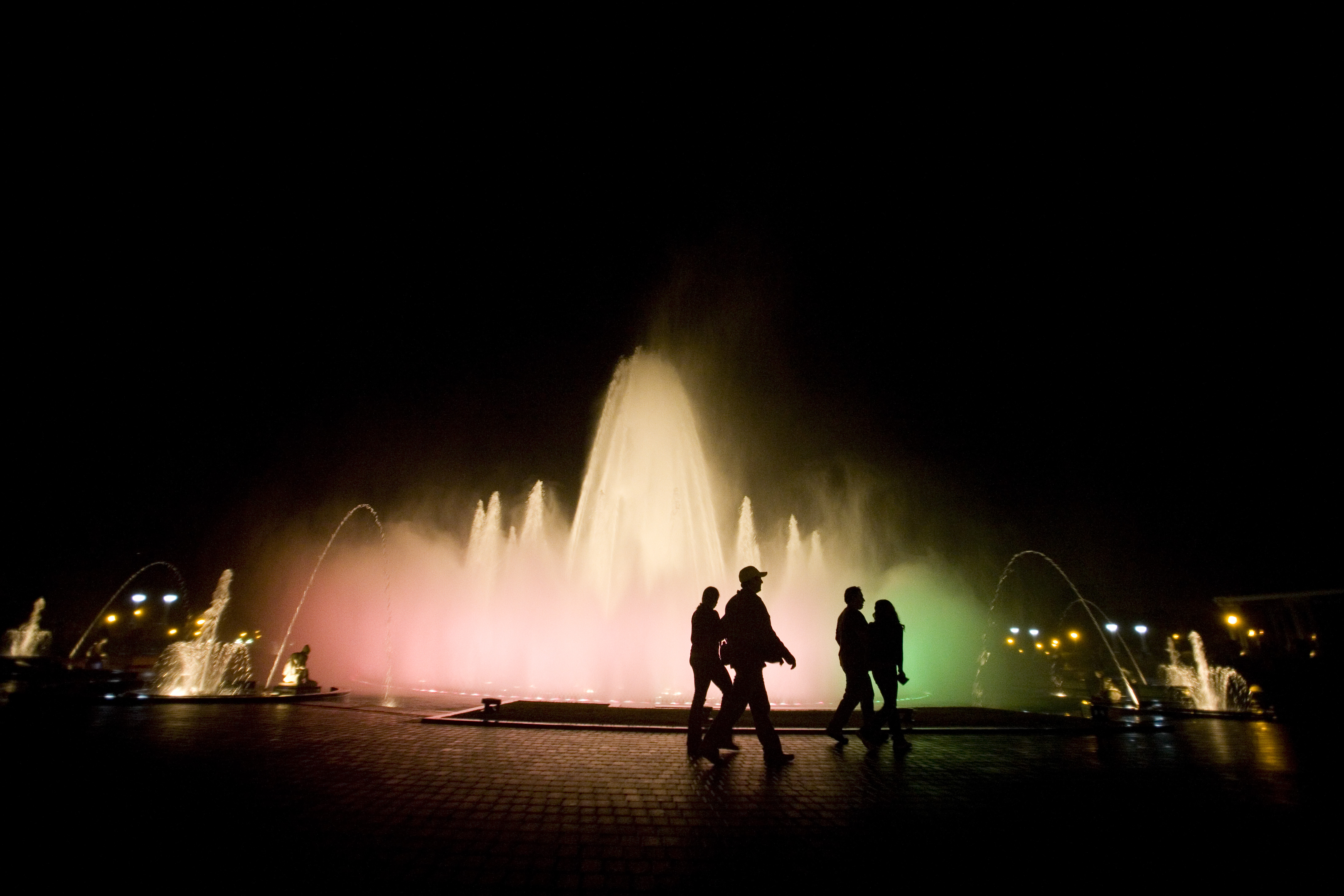 The Magic Water Circuit located in downtown Lima is the Guinness World Recorder holder for the world’s largest water fountain complex in a public park.

The fountain features a grand total of 13 illuminated fountains with an added choreographed show every Wednesday to Sunday. The show only costs 4 soles ($1.60 CAD) and occurs three times a night, beginning at 7:15 pm, 8:15 pm and 9:30 pm.

Built into the cliffs of the Miraflores district sits a shopping centre with stores ranging from high-end Peruvian boutiques, to popular international brands. This area of Lima is perfect for shopping enthusiasts or travellers looking for the best gifts to bring home. 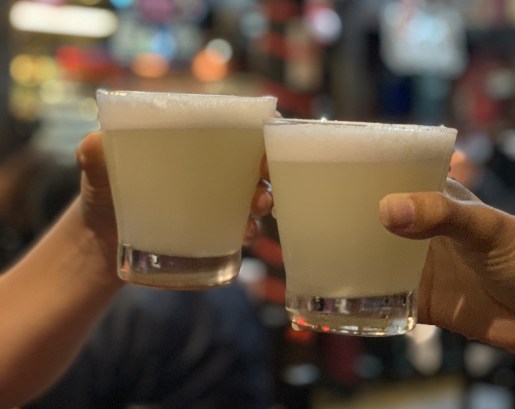 A pisco sour is a famous Lima cocktail blended with pisco brandy, lime, sugar and foamy egg whites. This is essentially the rye and coke of Peru.

The Hotel Maury located near Plaza Mayor has become known for their cocktails, and even rumoured to have created the famous mixture back in 1930.