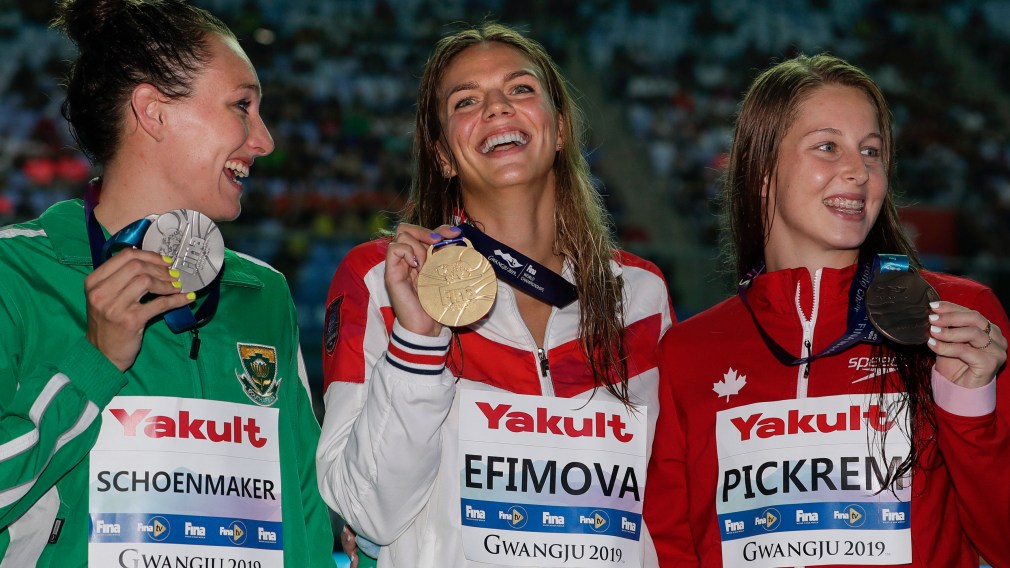 This podium finish makes Pickrem the first Canadian woman ever to win three individual medals at the World Championships.

Ahead of Pickrem on the podium were defending champion Yuliya Efimova of Russia (2:20.17), and South African Tatjana Schoenmaker (2:22.52).