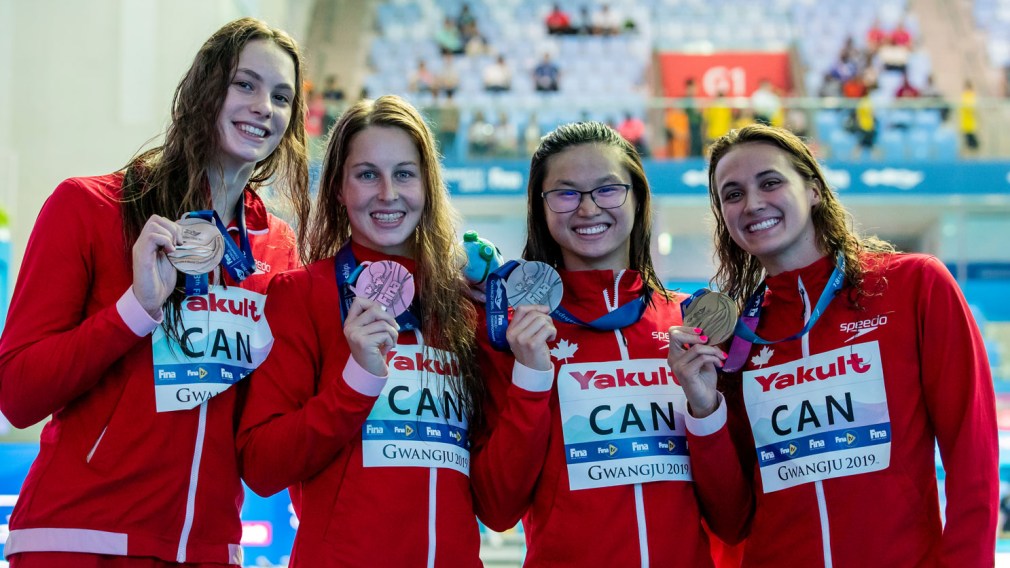 On the final day of the FINA World Championships, the team of Kylie Masse, Sydney Pickrem, Maggie MacNeil and Penny Oleksiak won the bronze medal in the women’s 4x100m medley relay.

Masse and Oleksiak now each have five World Championships medals, tying them for the most medals won by a Canadian female swimmer. 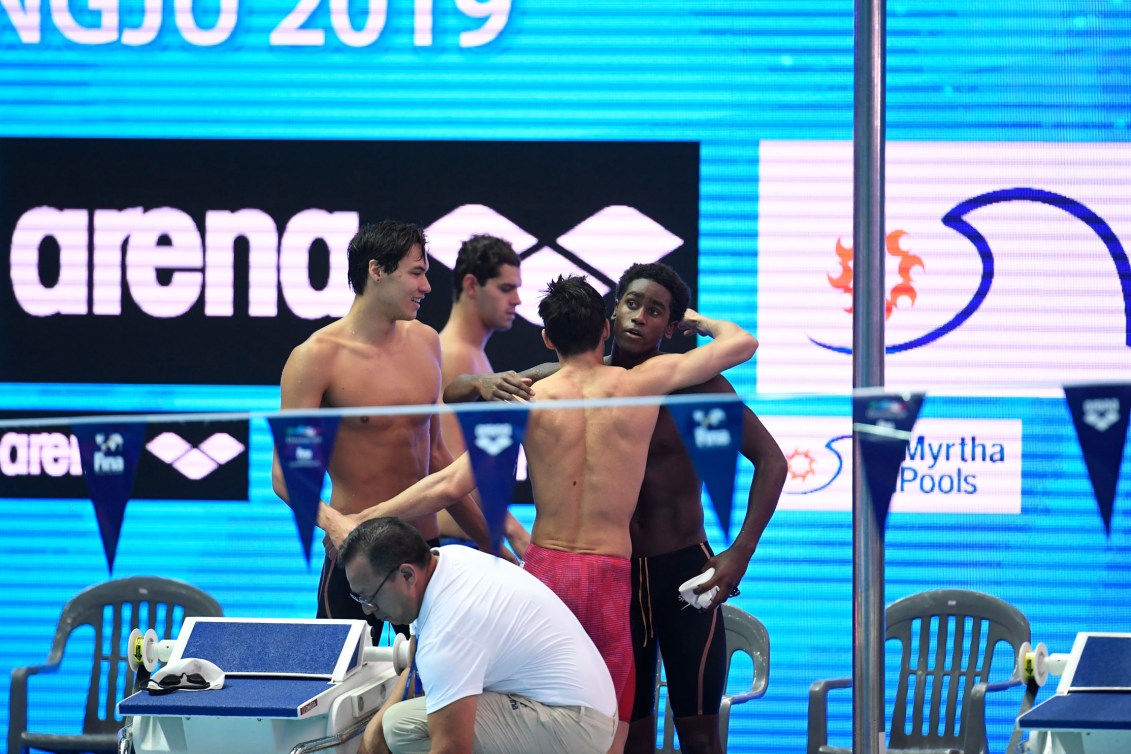 Canada now has a quota spot for the women’s 4x100m medley relay since they finished within the top 12 after all the heats were done.

While the men’s 4x100m medley relay didn’t qualify for the final, they did qualify a quota spot for Canada by finishing in tenth place after the preliminary.

The team of Markus Thormeyer, Richard Funk, Joshua Liendo and Yuri Kisil raced a time of 3:34.79.

Canada finishes the FINA World Championships with a total of eight swimming medals.

This is a record for Canada and bests the six swimming medals won at the 1978 World Aquatics Championships.

Earlier at the FINA Worlds, Canada picked up two diving medals and one open water medal.

The next edition of the World Championships will be held in Fukuoka, Japan from July 6-August 1 in 2021.