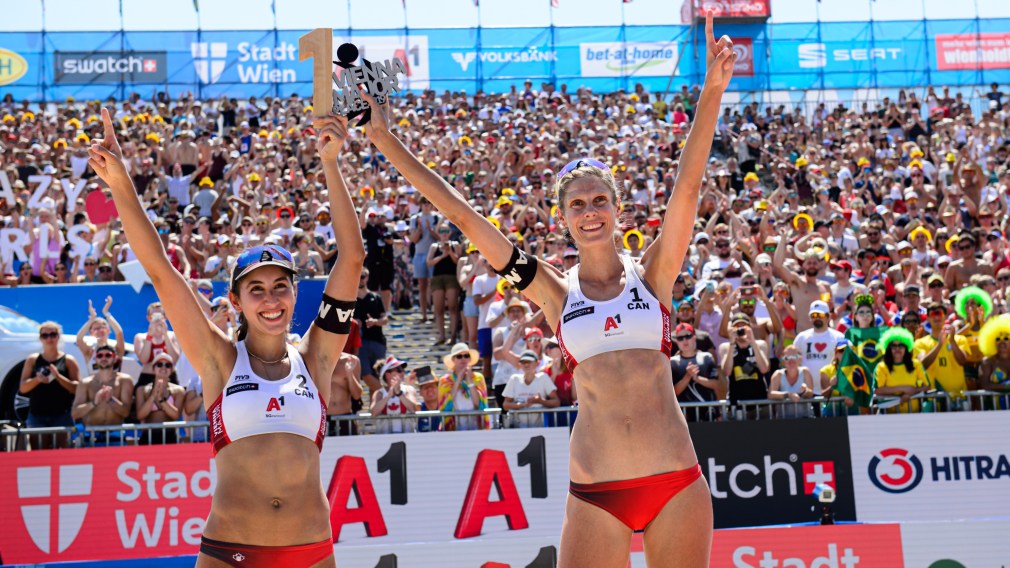 Sarah Pavan and Melissa Humana-Paredes won their third title in six weeks on the FIVB World Tour on Sunday in Vienna, Austria.

Originally scheduled for Saturday, the game was delayed until Sunday.

The delay didn’t slow the powerful duo down, who won the game in two straight sets (21-19, 21-17), claiming victory against Brazilians Maria Antonelli and Carolina Salgado in 47 minutes.

In recent weeks, the pair reached podium at home in Edmonton in July, after winning the World Championship title in Hamburg.

Over the course of this year’s FIVB World Tour, Pavan and Humana-Paredes have reached the podium five times.

The FIVB World Tour spans from August 2018 to September 2019, with the Tour Finals taking place in Rome in September.