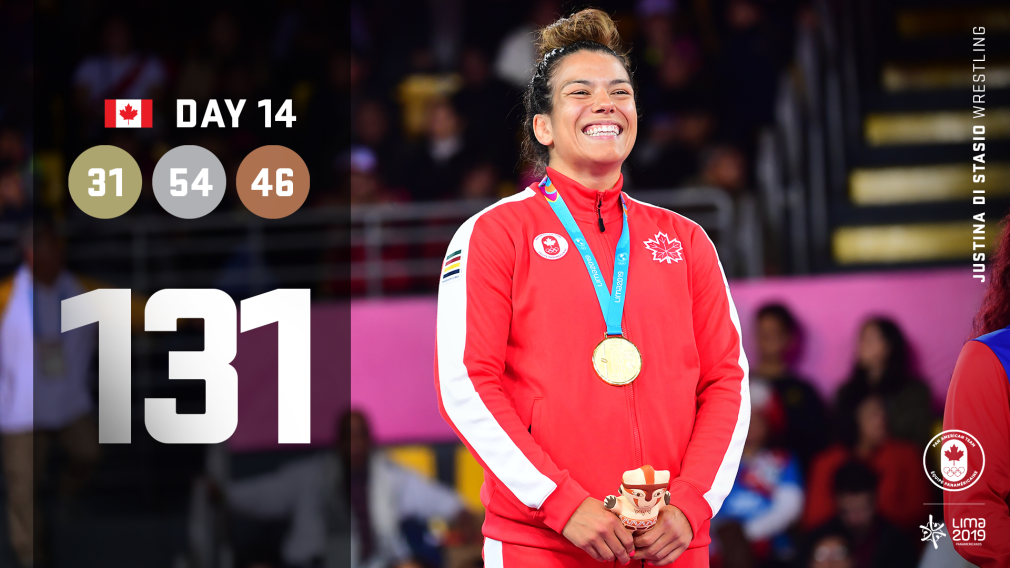 On Day 14 of Lima 2019, Team Canada had its most medal winning day and added two more Tokyo 2020 Olympic qualifications spots.

Read a few of the highlights from day 14:

Another ticket to Tokyo 2020

The squad won their semifinal match against Brazil 19-5. After Team USA won their own semifinal later in the day, that locked up the Olympic berth for the Canadians. The United States had already qualified for Tokyo by winning the FINA World League earlier this year, so the next best-ranked team in Lima – in this case, Canada – would earn the continental spot for the Americas in next summer’s Olympic tournament.

Team Canada’s men’s will face our rivals Team USA on Saturday at 1:30pm (ET) in the men’s gold medal game.

Medal race today and I’m guaranteed a medal! Sitting in🥈and only one point from first which means it’s a winner takes all situation between me and USA. 2:15 Toronto time! Link in bio to track the race

Alex Heinzmann and Justin Barnes won a bronze in the men’s 49er (men’s skiff) and have earned a quota spot for Canada at the Tokyo 2020 Olympic Games.

Katherine Haber and Jaclyn Stelmaszyk claimed the first gold in the lightweight women’s double sculls after finishing with a time of 7:10.35s in front of the Chile and Cuba.

Continuing this momentum in the women’s single sculls was Jessica Sevick who clocked in with a time of 7:44.5s, ahead of Felice Chow of Trinidad and Tobago who took silver and Soraya Jadue of Chile who placed third.

Brittany Crew broke her own Canadian record in women’s shot put with a throw of 19.07m, in addition to taking home Lima 2019 silver. Silver seemed to be the theme of the night at the athletics stadium with Canadians taking home a total of five silver medals.