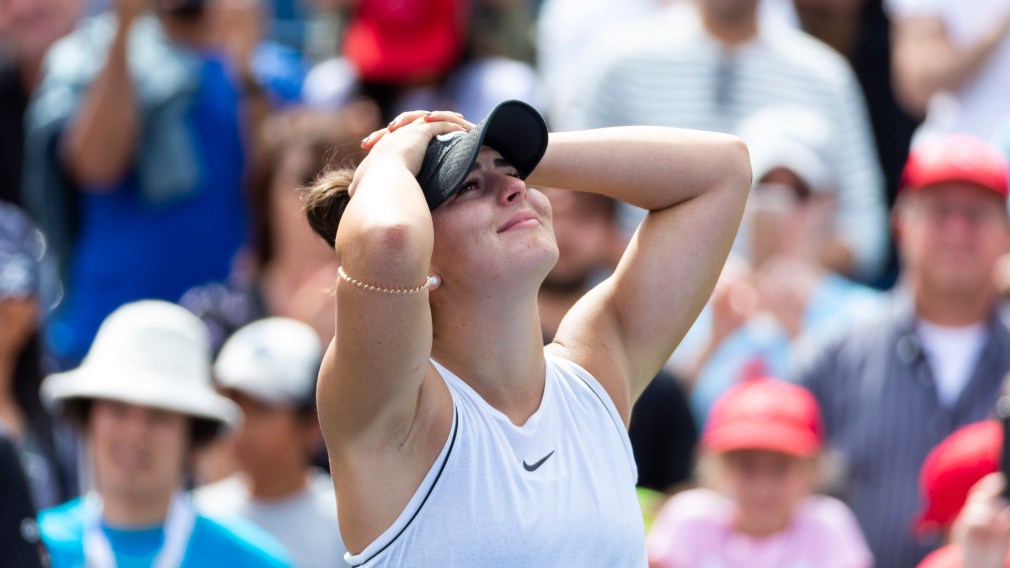 On Sunday in Toronto, 19-year-old Bianca Andreescu became the first Canadian woman in 50 years to win the Rogers Cup.

It didn’t end the way anyone expected, with Serena Williams retiring during the first set due to back spasms. At that point, Andreescu was in the lead 3-1.

Williams was emotional when accepting her runner-up trophy, thanking the Toronto crowd who returned the love with loud cheers and applause.

"It's been a tough year, but we'll keep going."

An emotional @serenawilliams takes the mic after retiring from the @rogerscup final due to a shoulder injury. #RC19 🎾 pic.twitter.com/FJO0VonoIJ

The Mississauga native is the first Canadian winner since Faye Urban won the title in 1969.

Leading up to the final, Andreescu had played 10 hours and 54 minutes on the Aviva Centre court, the most of any player.

When updated WTA rankings are released on Monday, Andreescu will be a career-high No. 14.