Chasing Canadian waves: Where to surf in Canada

Chasing Canadian waves: Where to surf in Canada 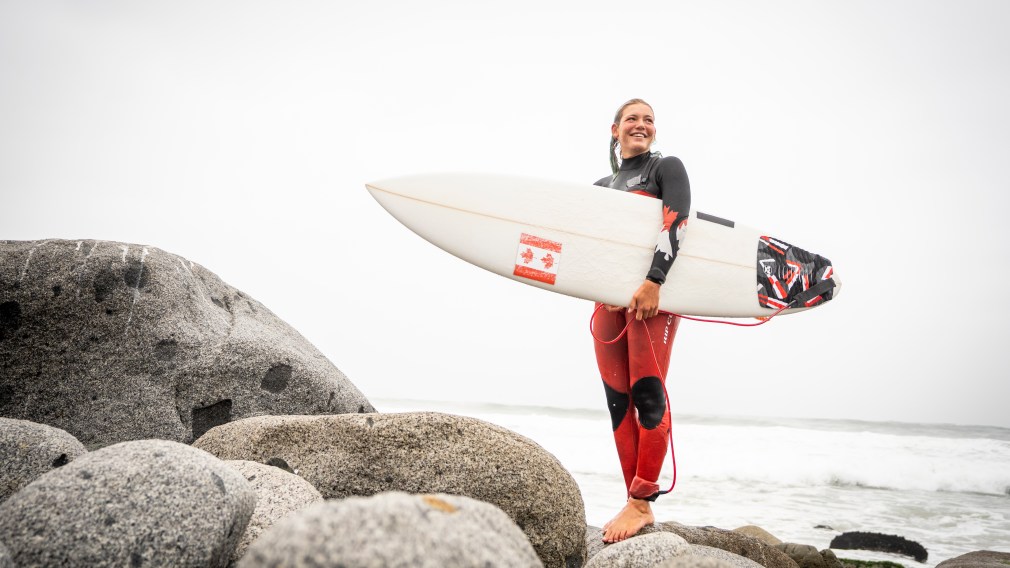 Surfing has exploded into the mainstream in recent years and will likely become even more popular with its Olympic debut on the horizon at Tokyo 2020.

But who says you have to travel to Costa Rica or Australia or Hawaii to catch some waves when Canada has the longest coastline in the world? 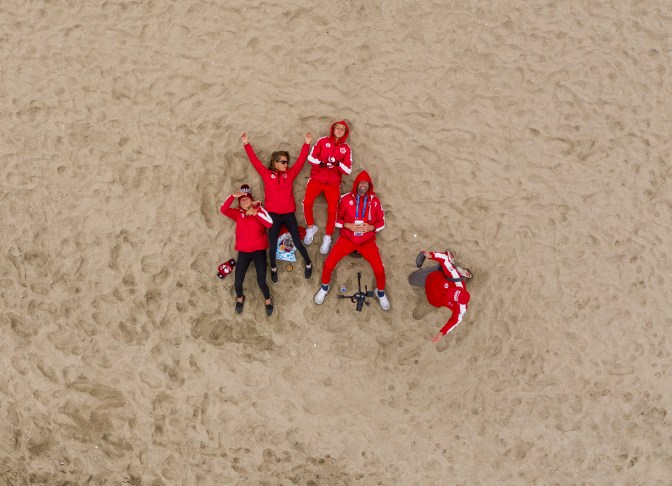 Members of Team Canada’s surf team pose for a photo on the beach at the Lima 2019 Pan American Games on August 01, 2019. Photo by Vincent Ethier/COC 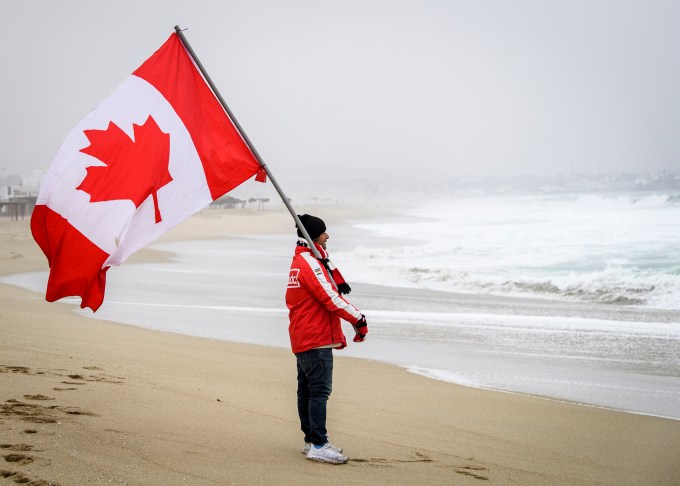 Mathea Olin’s coach stands on the shore during the women’s longboard finals at the Lima 2019 Pan American Games on August 04, 2019. Photo by Vincent Ethier/COC

We at Team Canada can’t let you in on all the secrets, as surfers are very protective of the best places to ride gnarly waves. But if you’re looking to give the sport a try for the first time, we can point you towards some more established and popular locations.

So grab your board, a thick wetsuit, and get ready to chase some waves from coast to coast!

Tofino is small town with big reputation. Known as the nation’s surf capital, it has a 35km spread of multiple beaches, great for rookie and veteran surfers alike.

Long Beach claims 16km within the Pacific Rim National Park on Vancouver Island and offers a stunning view and a wide variety of waves. It is the best location to meet other surfers and transform your car into a proper surf vehicle.

At just 1.5km, Cox Bay Beach is smaller than some others in Tofino. It is also a little more remote and is known for consistent waves with more challenging surf breaks.

Chesterman Beach in Tofino has gained some popularity throughout the years for having the best beginner breaks in North America. This spot is the perfect environment to learn how to surf and catch your first wave. 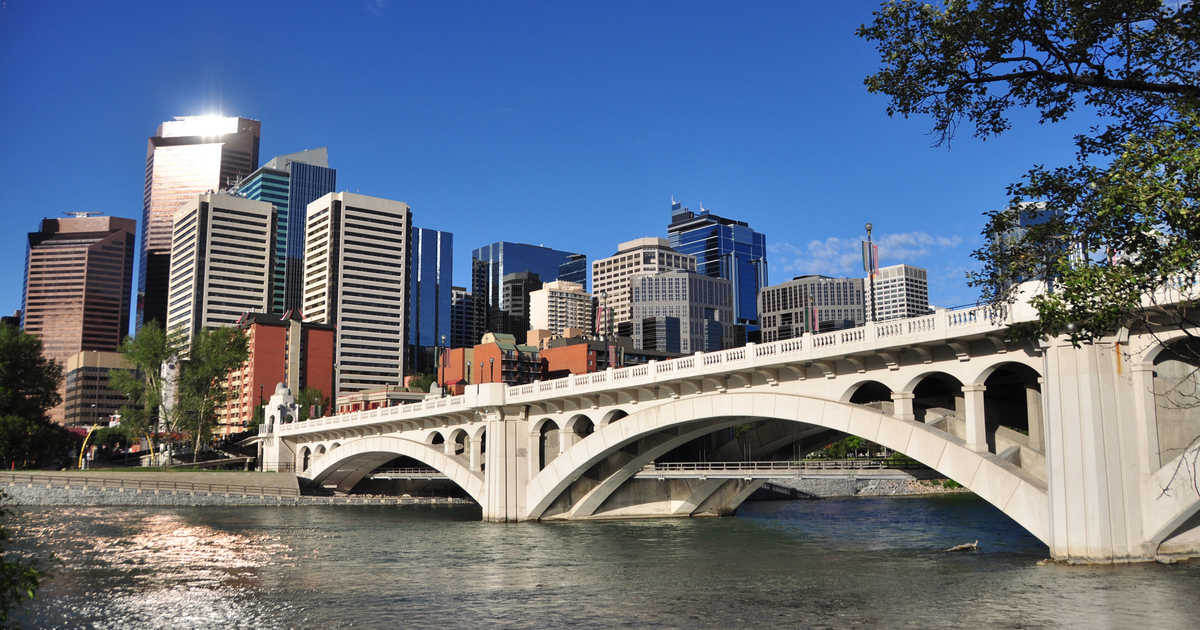 Who says you need sand, the ocean and warm weather to surf? In Calgary surfers can catch waves just below the Louise Bridge (10th Street Bridge) on the Bow River.

It can be a little brisk but the standing waves provide a good spot for beginners. The Calgary Urban Surf Beach and Waves Project even recognizes the growing interest for river surfing and has been investing money to reshape the water flow to help create bigger, better waves for surfing.

Give it a few years and this will be a popular hub for surfers. 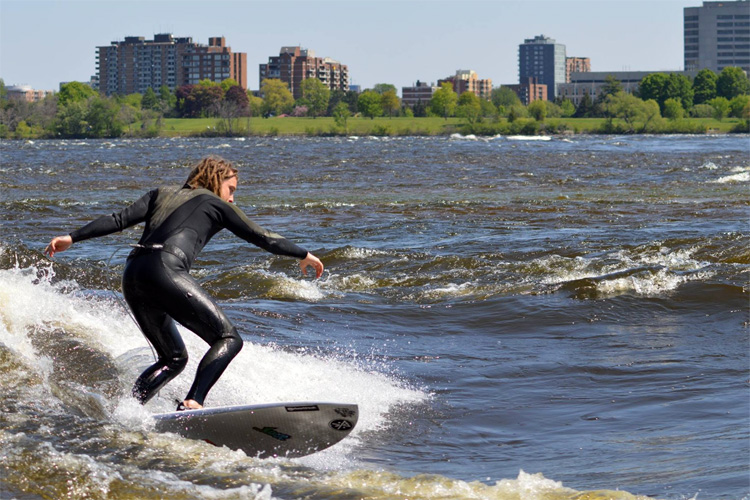 The Champlain Bridge creates a wave that best replicates an ocean wave, and returns every year after the snow melts away.

The sewer wave is the spot where surfers go when the water level is low. The quality of this wave is somewhat controversial. Some folks insist this is the a better wave, while others nicknamed it “Poo Pipe” because the sewer outlet is close by.

Finally the desert wave in the middle of the river requires a long swim from shore, although surfers agree that the consistency of the waves make it worth the work. 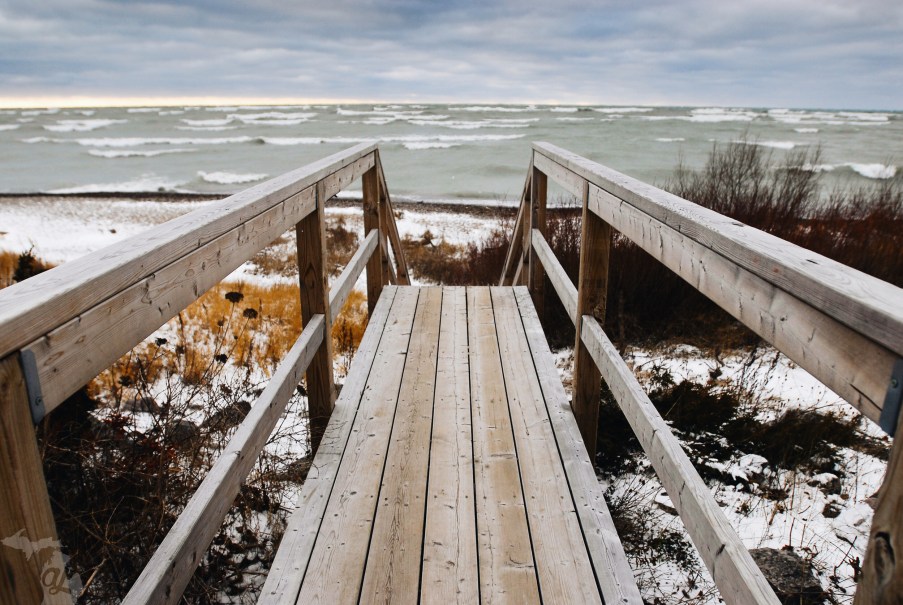 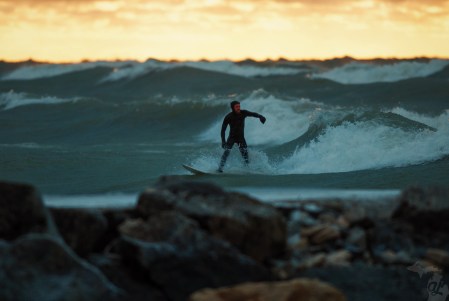 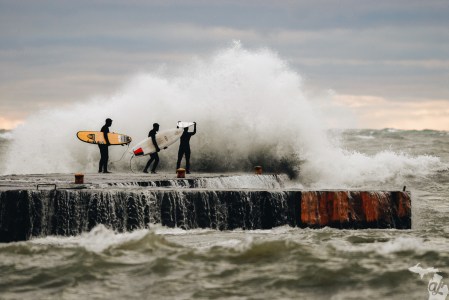 Many Ontarians recognize this destination for its laid back cottage living during a long weekend. But during the summer months, Kincardine is also known to have the best waves in the province. Even though being on one of the Great Lake forces the conditions to be weather permitting, Kincardine can produce waves over ten feet tall, making it the ideal spot for the adventure seekers without access to an ocean view.

Parking, washrooms and even hot showers are available, an added bonus for when you emerge from the chilly lake. 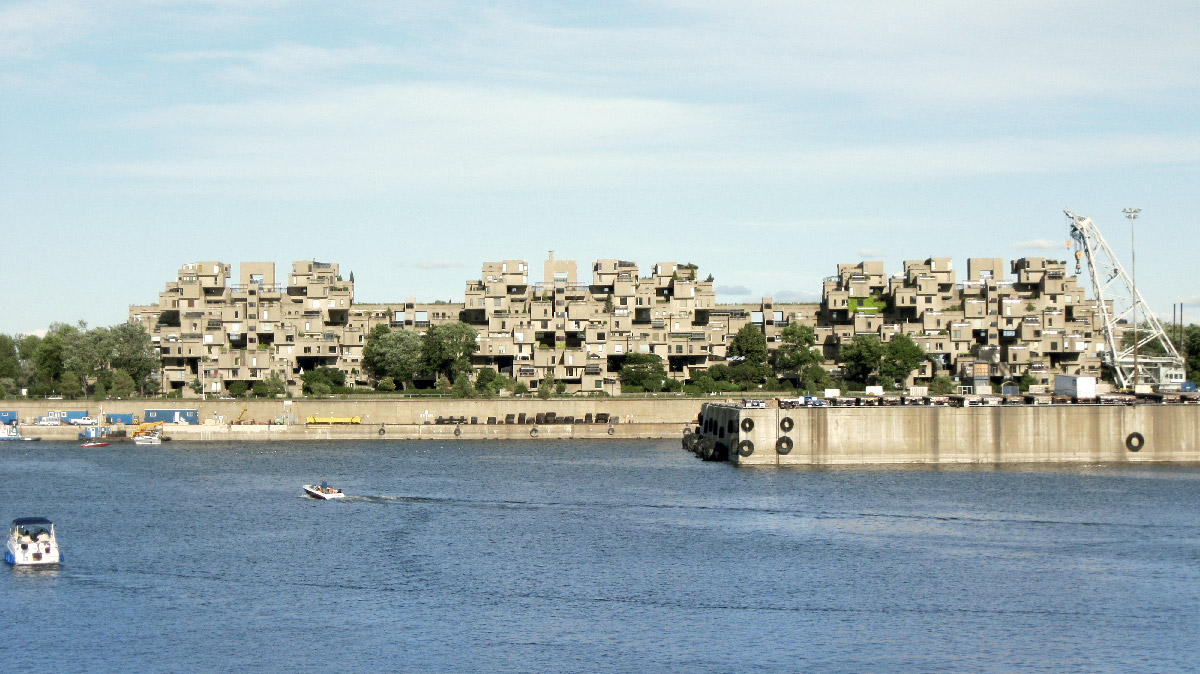 Near a housing complex in downtown Montreal lies the perfect wave with a stunning city landscape. Backed by the unique architecture of Israeli-Canadian Moshe Safdie, this stationary wave has been able to attract surfers who are looking for the perfect combination of the best view of the city and the biggest wave. 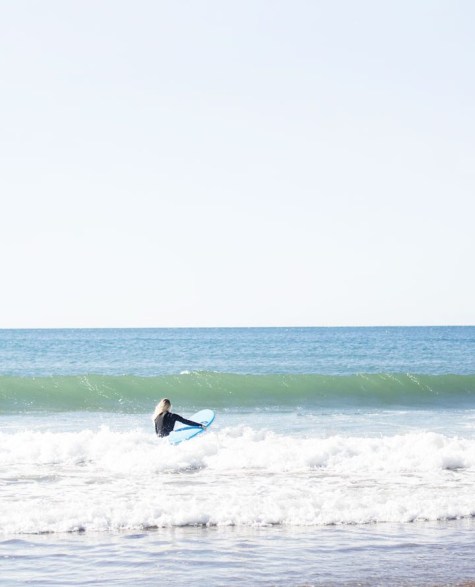 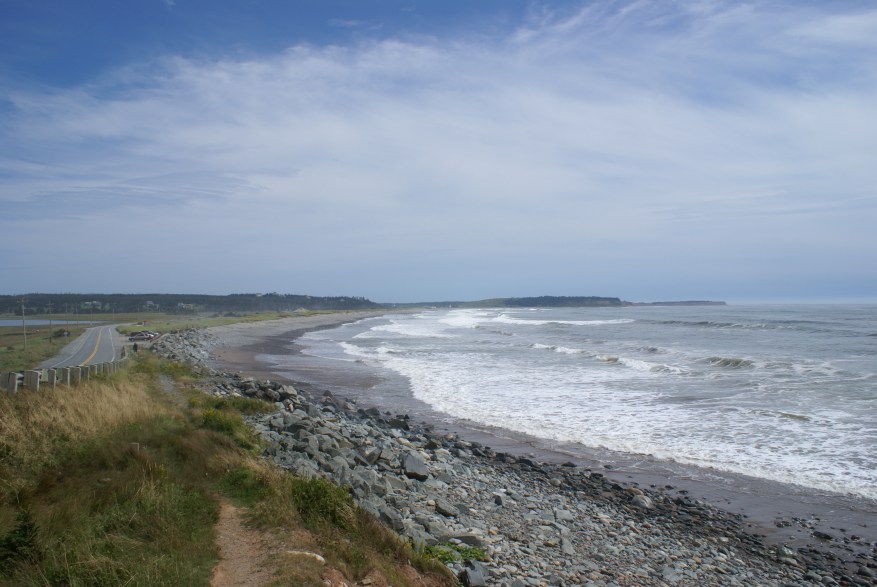 On the other side of the country, a provincial park in Lawrencetown houses the best waves on the east coast. At 1.5km long, this spot is supervised by a lifeguard during the day and transforms into a surfing hub at night.

The most optimal time to surf is in August when waves are more manageable and water is warmer (well, as warm as water can be on the North Atlantic). 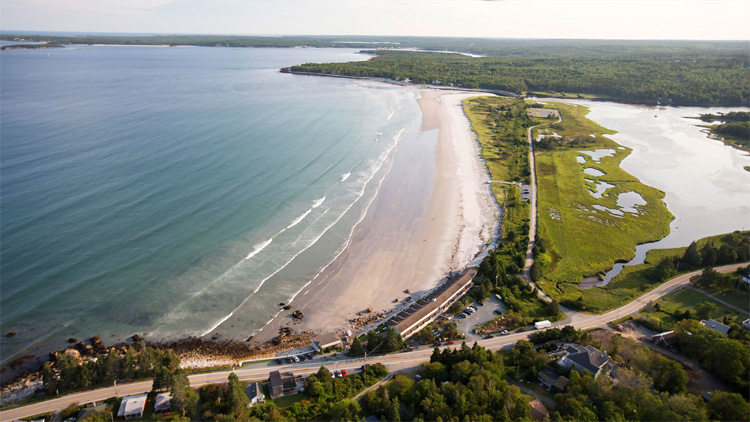 Located two hours outside of Halifax is a one kilometre stretch of white, sandy beach. Despite the colder weather and risk of hurricane season, August through November is the best time to surf here.

You may even spot some many fearless surfers here throughout the winter because ice is in our veins, right?