FAQ: Team Canada, tennis and the US Open

FAQ: Team Canada, tennis and the US Open 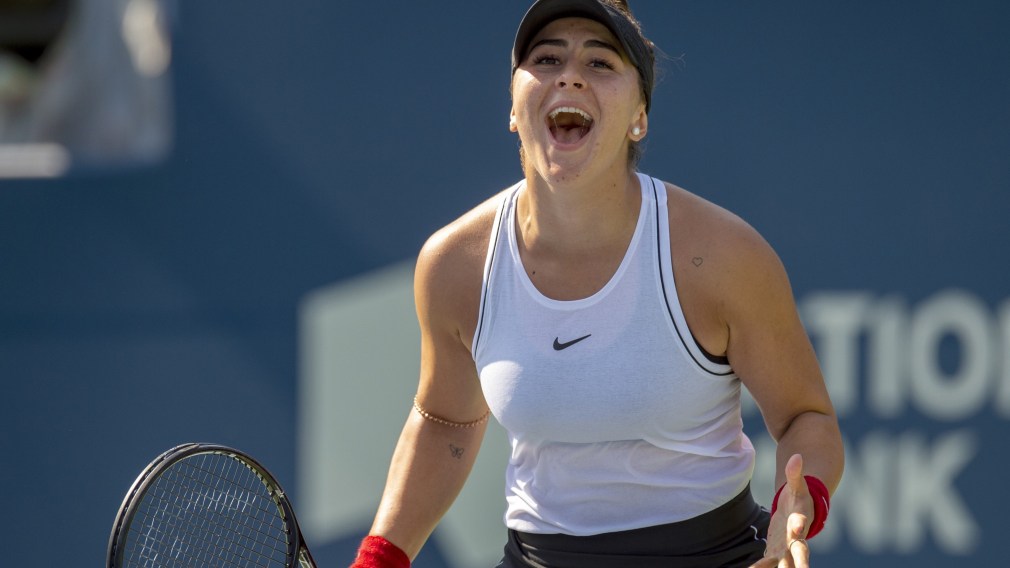 Summer nights, city lights and a Grand Slam in the Big Apple.

As the 139th edition of the US Open draws near, here is some answers to your most frequently asked questions:

When is the US Open? 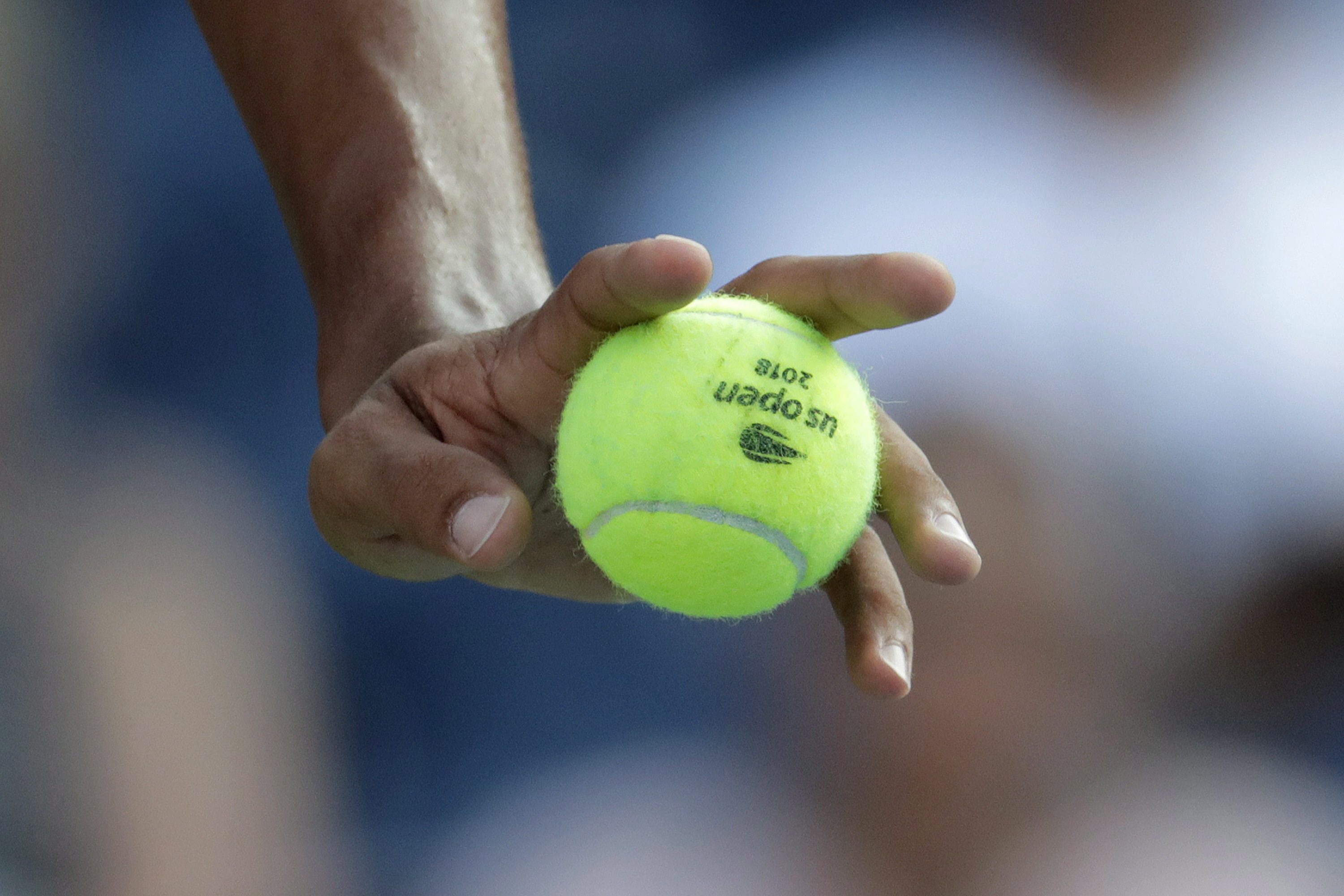 The US Open is held annually during the last week of August and first week of September. The 2019 US Open will take place August 26 to September 8.

The complete tournament schedule is available here while the order of play for each day will be posted here.

Which Canadians are competing at the US Open?

There will be four Canadians in the men’s singles draw. Félix Auger-Aliassime, Denis Shapovalov, Vasek Pospisil and Brayden Schnur. Milos Raonic unfortunately had to withdraw due to a glute injury.

Gabriela Dabrowski will partner again with Xu Yifan in the women’s doubles.

Wow. Words can’t describe this feeling. Not the way I expected things to go but playing in front of my home crowd and being able to take the title here is truly a blessing. Thank you all for your support ❤️ #3 #proudCanadian

Believe it or not, 2019 will be Andreescu’s first time appearing in the main draw at the US Open and she’ll be there as the 15th seed. It will be her first tournament since winning the Rogers Cup in front of her home crowd in Toronto.

After starting the year ranked 152nd, her January included a finals appearance in Auckland, advancing through qualifying to the second round at the Australian Open, and winning a WTA 125K event. In March she rose to stardom by winning at Indian Wells, a tournament just one level below the Grand Slams. Andreescu missed Wimbledon due to injury so this is her first Grand Slam since the French Open.

In the first round Andreescu will face 17 year old American Katie Volynets.

Good practice days in NYC🔥💦 What is coach Gwee thinking in the back 🤔😎?

Auger-Aliassime heads to Flushing Meadows as the top-ranked Canadian man after breaking into the ATP top 20 (#19) on August 19. He made his first appearance in a Grand Slam main draw at last year’s US Open, but was forced to retire from his first round match against friend and countryman Denis Shapovalov due to an elevated heart rate caused by the heat.

Ironically for the second year in a row Auger-Aliassime will have a showdown against Shapovalov in the first round, hoping for a second chance to re-write history.

After #FelixAugerAliassime was forced to retire against fellow Canadian #DenisShapovalov due to heart issues, Shapovalov consoled his best friend with a great act of sportsmanship.

Ranked 38th in the world, Shapovalov had his best US Open result in his debut in 2017 when he reached the fourth round as a qualifier.

This will be Bouchard’s seventh straight appearance at the US Open, though it comes amidst a tough season that has seen her drop out of the top 100 in the WTA rankings.

Bouchard will face 12th seed Anastasija Sevastova in the first round. 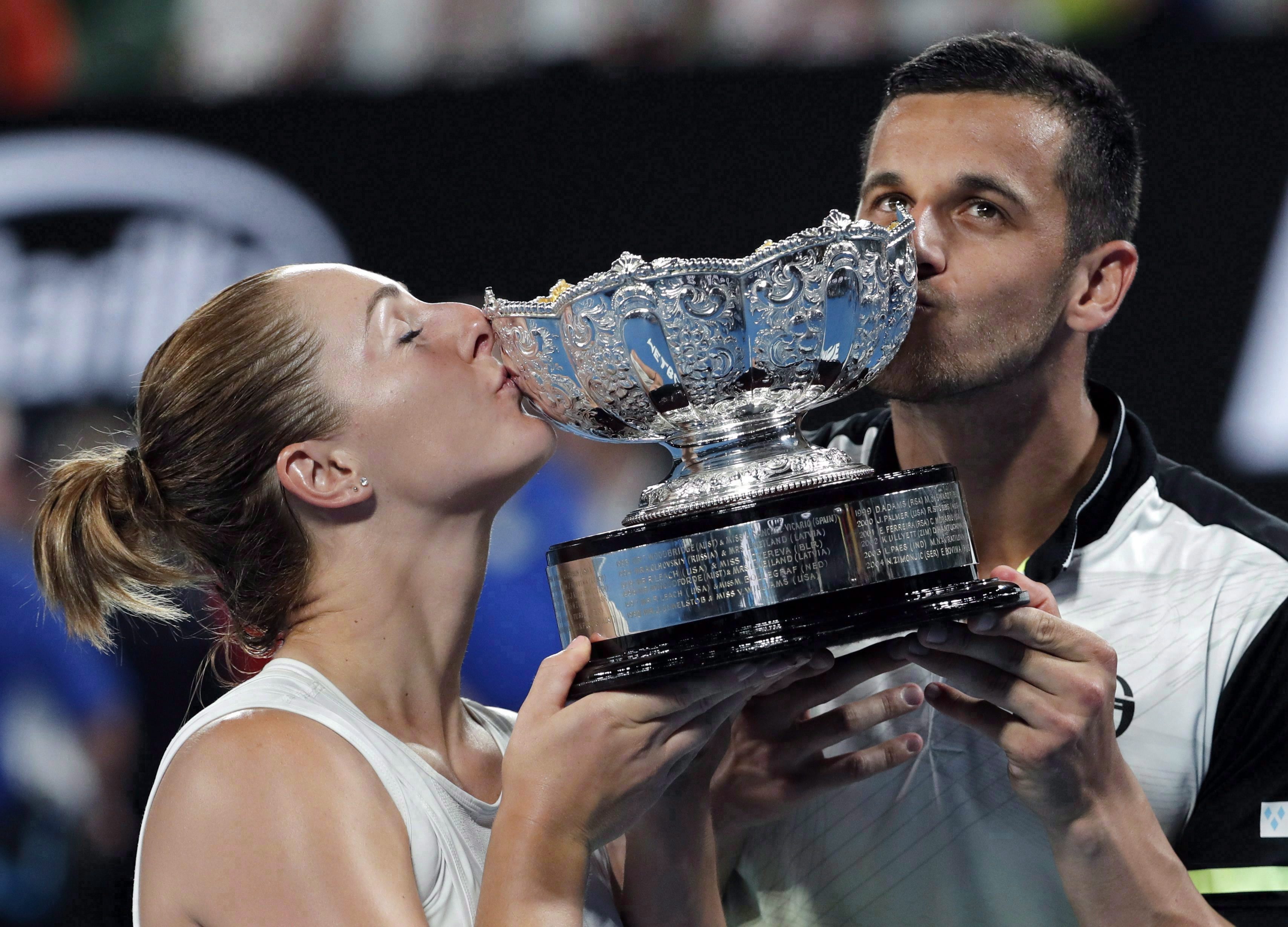 Dabrowski has had a stellar doubles seasons, which included an appearance in the final at Wimbledon with Xu Yifan and a victory at a tournament in Germany. They’ll be seeded___ in women’s doubles.

Where can I watch the Canadian matches at the US Open?

TSN is the official Canadian broadcaster of the 2019 US Open and will provide coverage on the TSN Network, TSN.ca, the TSN App and TSN Direct. Check out the TV schedule here.

Has a Canadian ever won the US Open? 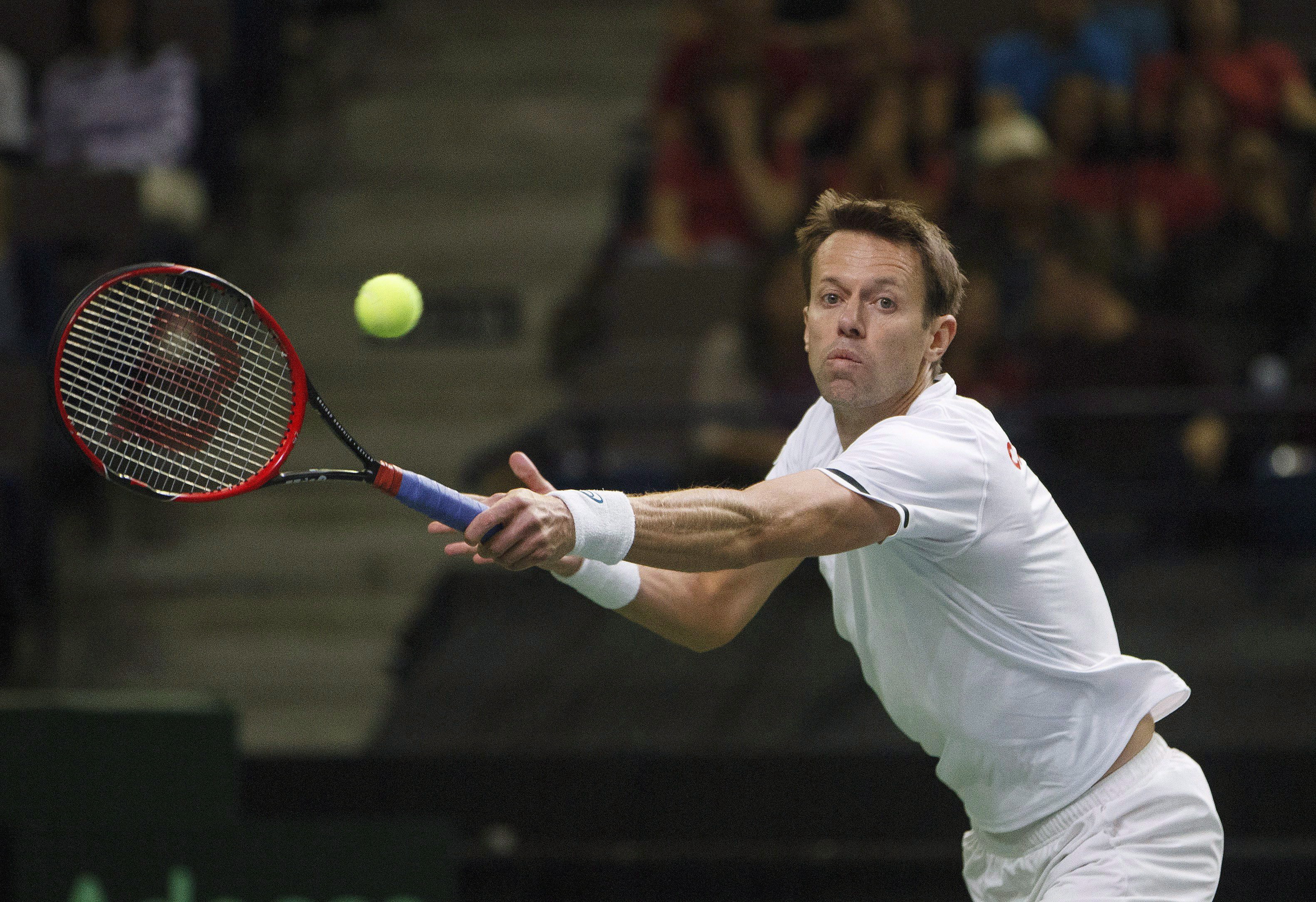 Since the Open Era began in 1968, two Canadians have won championship titles, both in men’s doubles.

The first was claimed by Sébastien Lareau and American partner Alex O’Brien in 1999. Five years later, Daniel Nestor and partner Mark Knowles from the Bahamas were victorious after being runners-up in 1998.

Where is the US Open? 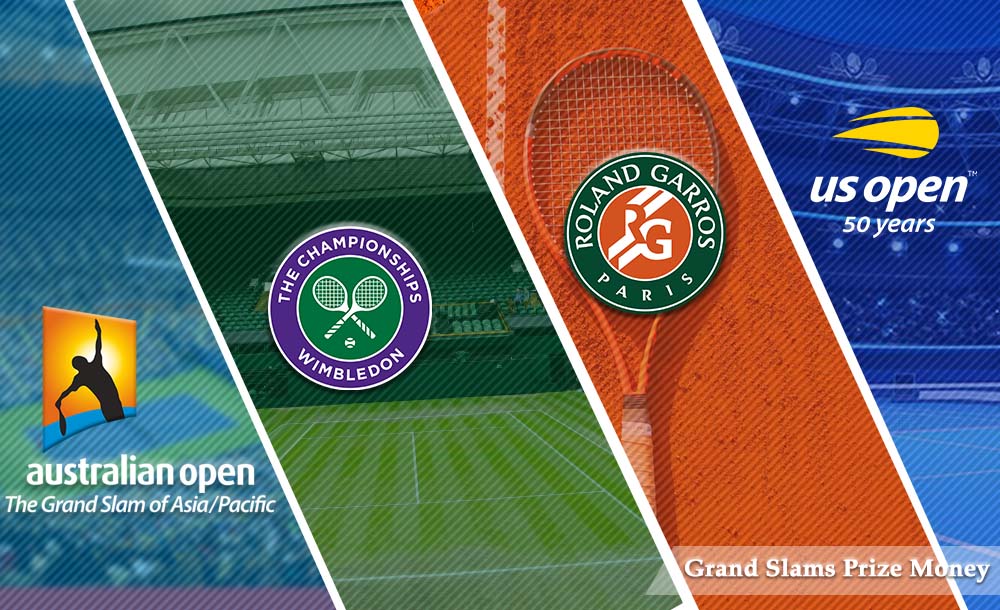 The fourth and final Grand Slam tournament of the year takes place in Flushing Meadows in the borough of Queens in New York City.

It follows the Australian Open (Melbourne, Australia) in January, the French Open (Paris, France) in May and Wimbledon (London, England) in July.

What is the US Open stadium called?

The entire stadium complex is the USTA Billie Jean King National Tennis Center, having been rededicated to the legendary tennis trailblazer in 2006. Perhaps best known for her iconic win against Bobby Riggs in the “Battle of the Sexes”, King won 39 Grand Slam titles and founded the Women’s Tennis Association (WTA).

The facility that bears her name is home to 22 courts. The two largest are also named for cultural heroes – Arthur Ashe and Louis Armstrong. 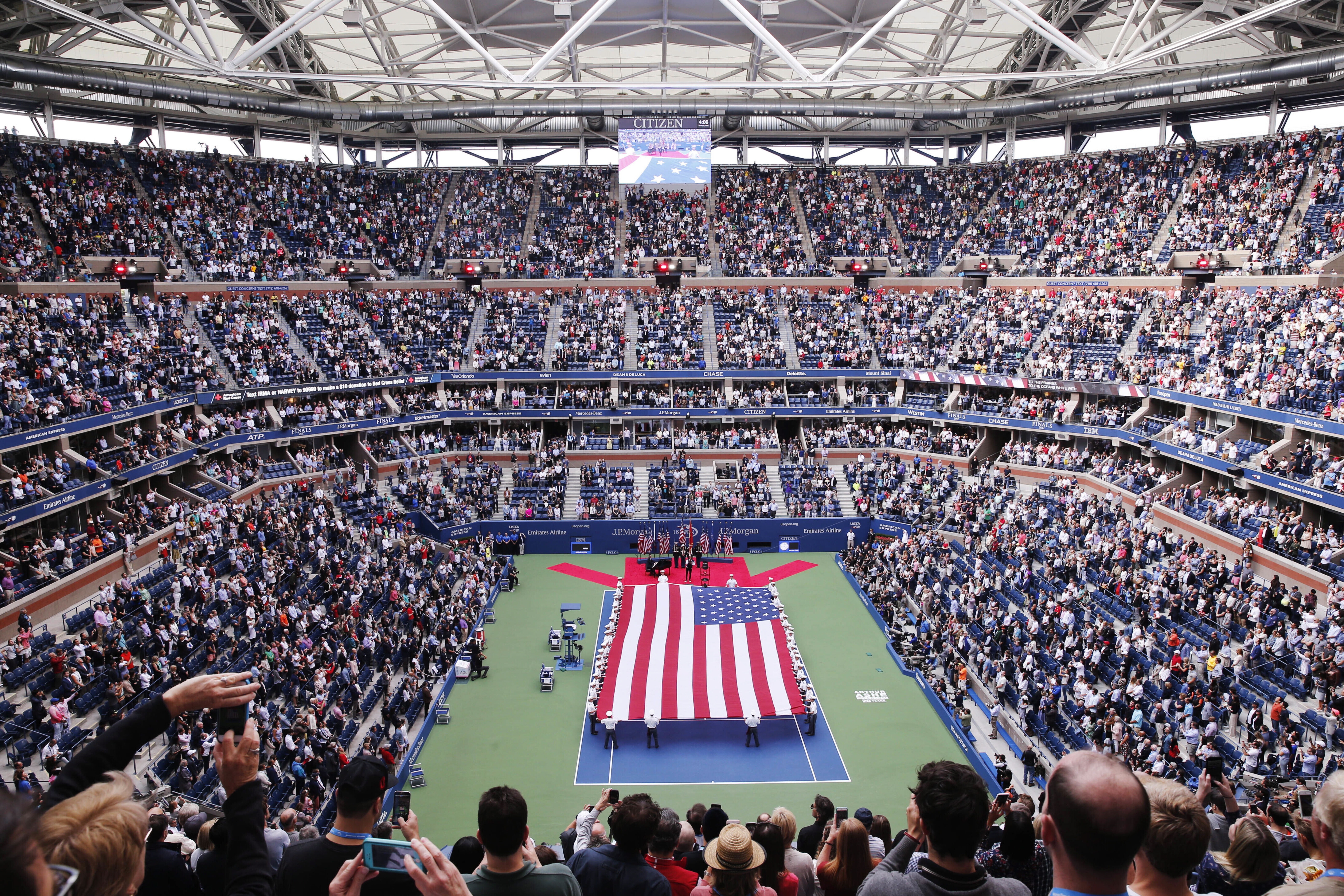 Cadets from the West Point military academy present the American flag across the court at Arthur Ashe Stadium before the start of the men’s singles final of the U.S. Open tennis tournament between Rafael Nadal, of Spain, and Kevin Anderson, of South Africa in New York. Play begins Aug. 26 at the U.S. Open, the year’s last Grand Slam tennis tournament. Naomi Osaka and Novak Djokovic are the defending champions. (AP Photo/Seth Wenig, File)

Ashe was the first African American man to win singles titles at Wimbledon, the US Open and the Australian Open. He passed away in 1993 from AIDS-related pneumonia and the stadium named in his honour opened four years later. With capacity for more than 23,000 spectators, it is the largest tennis stadium in the world. A lightweight retractable roof was added in 2016.

Arthur Ashe Stadium replaced Louis Armstrong Stadium as the centre court at the US Open. Built in 1964, it underwent renovations in 2018, which included the addition of a retractable roof over the 14,061 seats. Armstrong was an influential jazz artist known for his inventive trumpet and cornet playing who lived near the tennis center until his death in 1971.

What surface is on the courts at US Open? 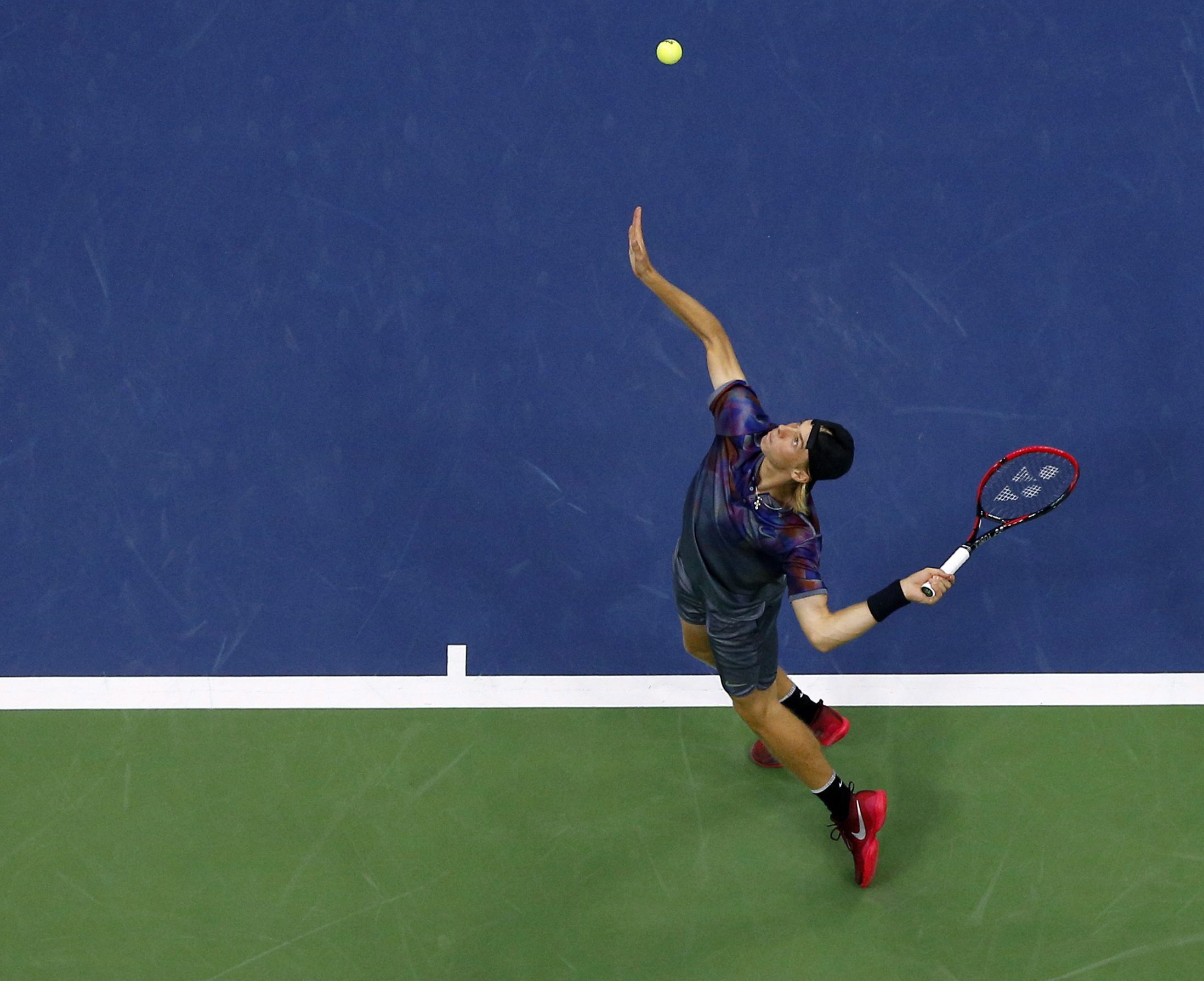 Denis Shapovalov, of Canada, serves to Pablo Carreno Busta, of Spain, during the fourth round of the U.S. Open tennis tournament, Sunday, Sept. 3, 2017, in New York. (AP Photo/Julie Jacobson)

The US Open features an outdoor hard DecoTurf surface. The only Grand Slam to have been played on three different surfaces, it started with grass courts in 1881, switched to clay in 1975, and then the DecoTurf in 1978. The vivid blue colour was introduced in 2005 to help viewers in the audience keep their eye on the ball.

What is the prize money at the US Open? 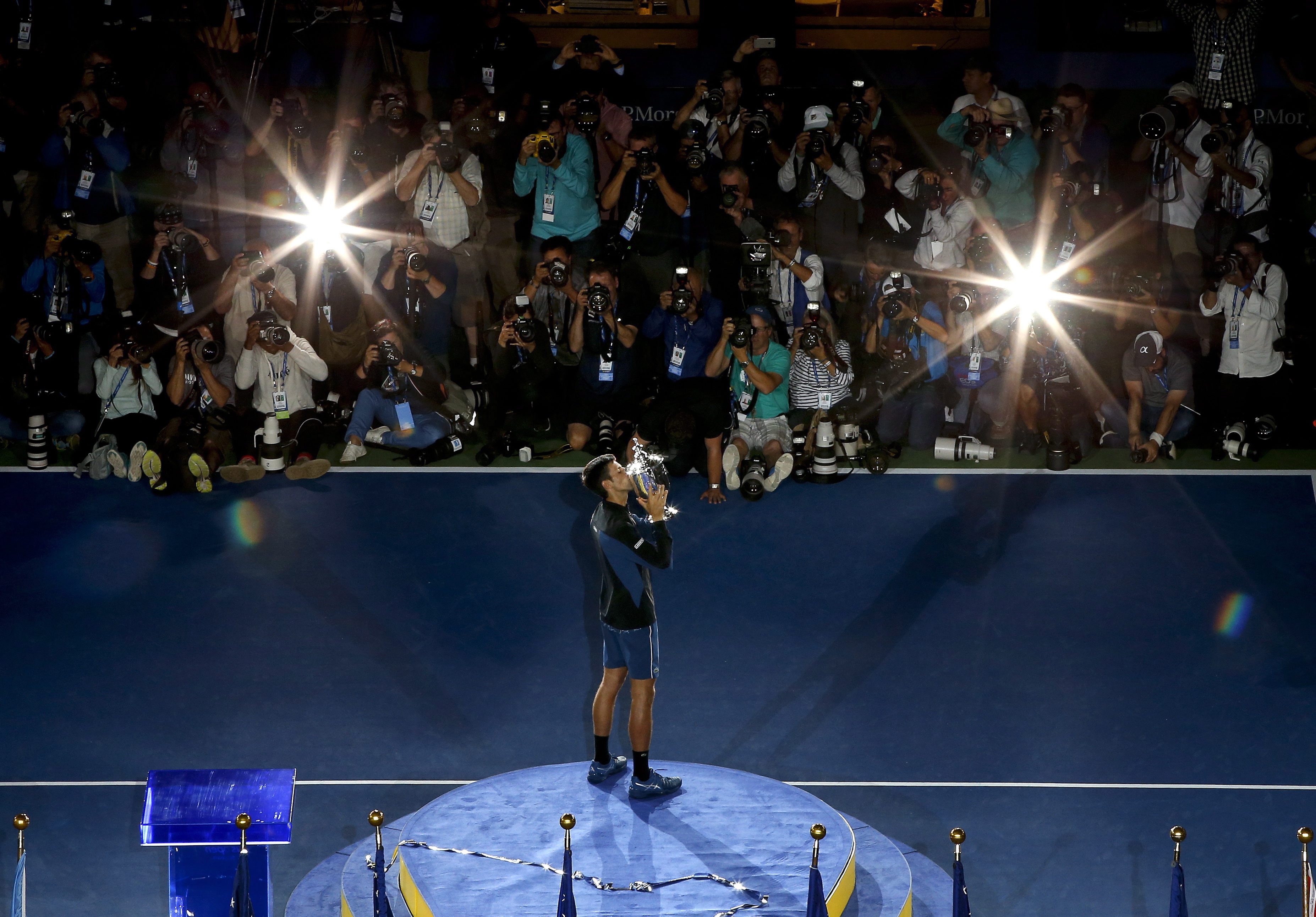 The US Open was the first Grand Slam to offer equal prize money to its male and female winners, creating that parity in 1973.

The 2019 US Open will have the richest prize pool in Grand Slam history, totalling $57 million. The men’s and women’s singles champions will take home a record $3.85 million while the runners-up will receive $1.9 million. Players eliminated in the first round earn $58,000.

The winning teams in each of the doubles tournaments will split $740,000 while the runners-up earn $370,000 between them.

Who makes the US Open trophy? 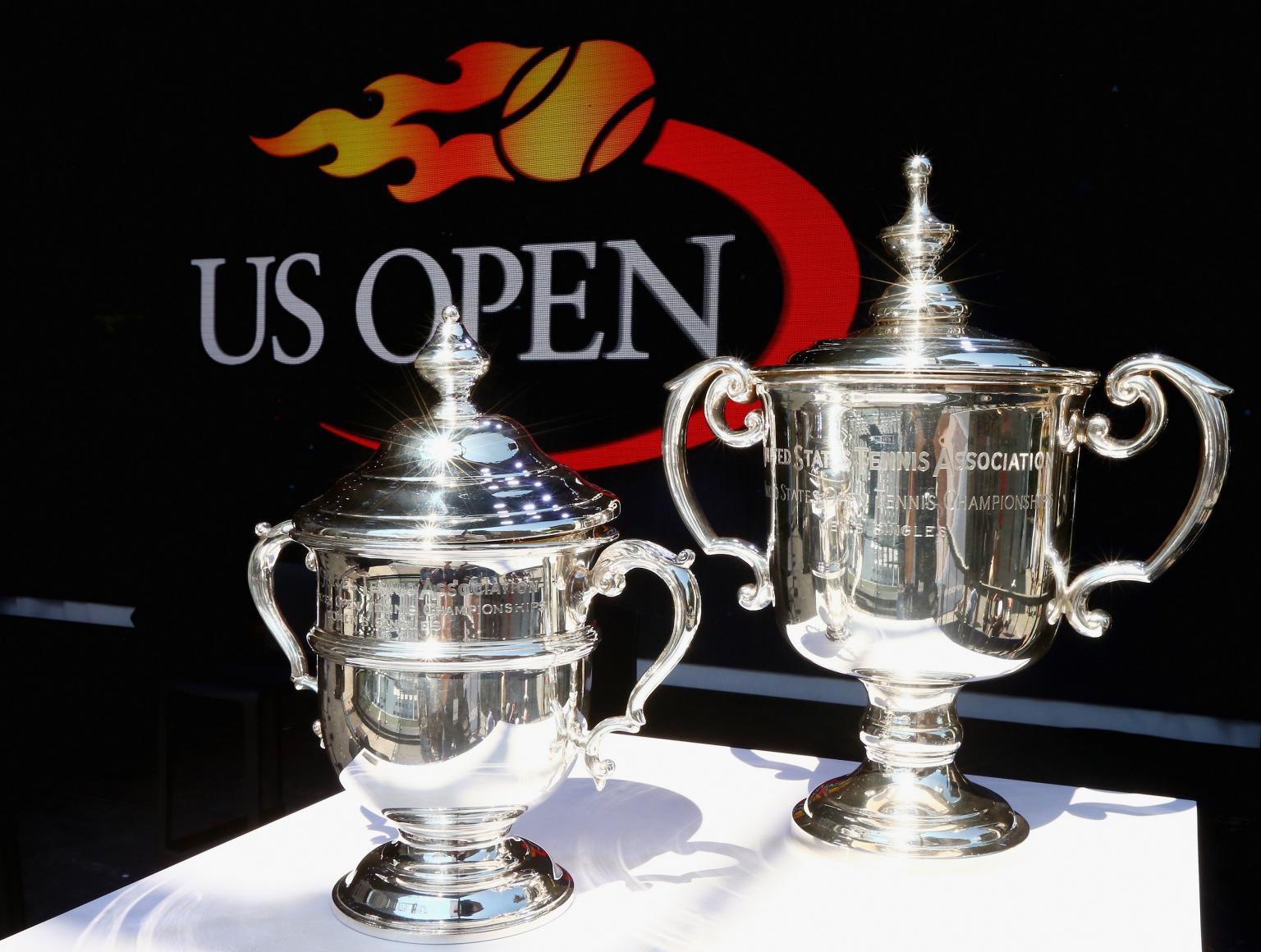 The US Open began in 1881, making it the third oldest tennis tournament in the world. While Wimbledon strives to maintain its tradition, the US Open embraces its adopted glitz and glam status, which is even evident in the trophies. In 2018, the US Open partnered with Tiffany & Co. a company known for its trendy fashion accessories. Since becoming the maker of the US Open Championship trophies, the tournament has a set of hardware fit for its New York fashion-vibe.

Are there night matches at the US Open? 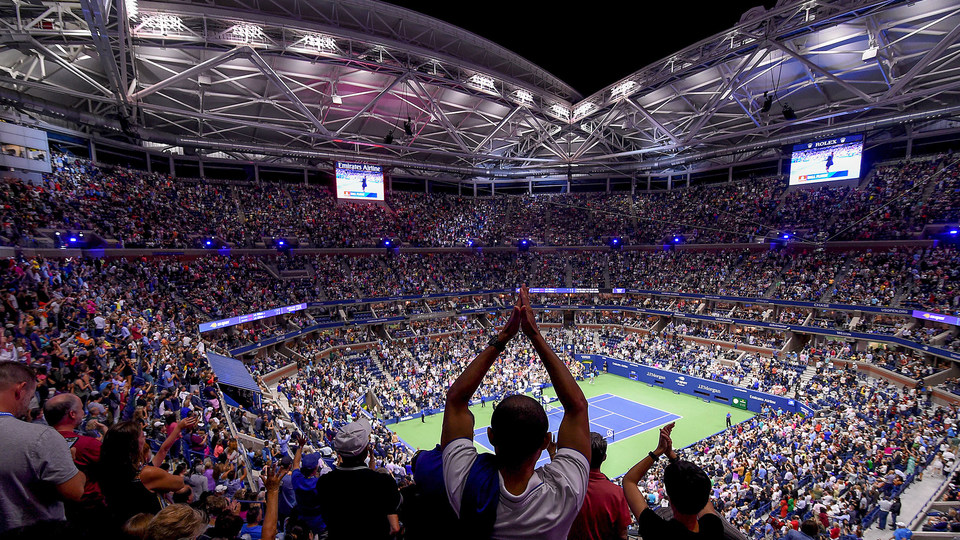 Since being introduced in 1975, night matches have become a staple of the US Open. Some of the most exciting matches occur in the evening, stretching until 2:00 a.m. in some rare but not unusual cases. These matches often bring an electric, party-like atmosphere and youthful vibe that is almost unheard of at the other Slams.

Do celebrities attend the US Open?

The players on the court aren’t the only stars who like to make an appearance in Flushing Meadows. The Grand Slam has become a magnet for pop culture personalities. Among those spotted last year, the Jonas Brothers, Jay Z and Beyonce, Kevin Hart, and even Canadian hockey icon Wayne Gretzky.

What’s after the US Open?

Though it may be the last Grand Slam of the season, there are still tournaments to be played on the professional tours, the most prestigious being the WTA Finals in late October and ATP Finals in early November. Only the top eight singles and doubles teams from the calendar year participate.

With her win at the Rogers Cup, Bianca Andreescu climbed up the WTA Race to Shenzhen rankings to sit in that eighth spot. If she maintains her momentum, a trip to China could be in her future. Gabriela Dabrowski and partner Xu Yifan hold onto third place in the doubles rankings. In the ATP Race to London, Felix Auger-Aliassime is currently in 13th place.