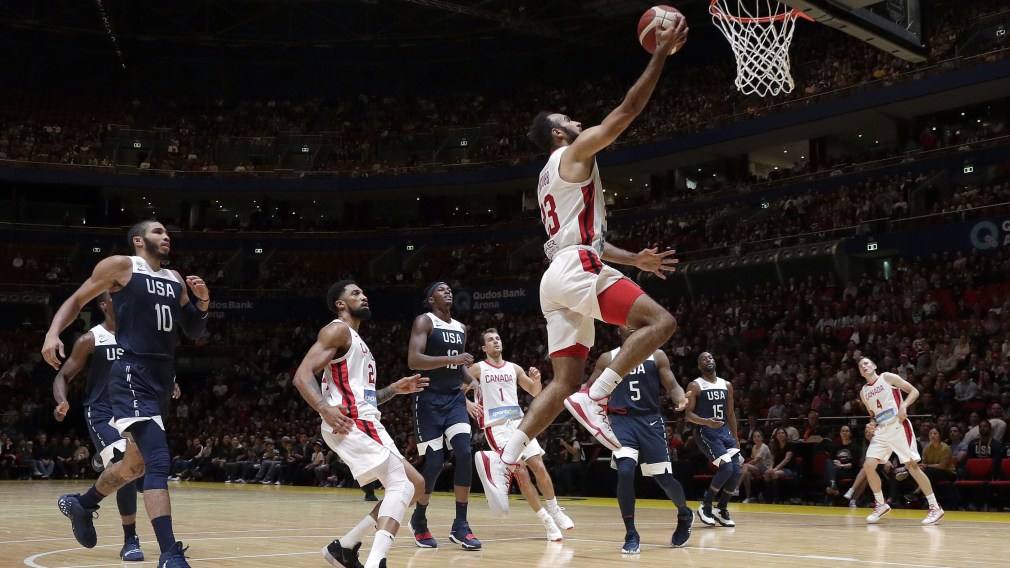 Canada will hit the court on September 1st at the FIBA Basketball World Cup in Dongguan, China, on the hunt for Tokyo 2020 qualification.

First up for the Canadians is Australia. The two teams played two exhibition games against each other, with each country taking a win. 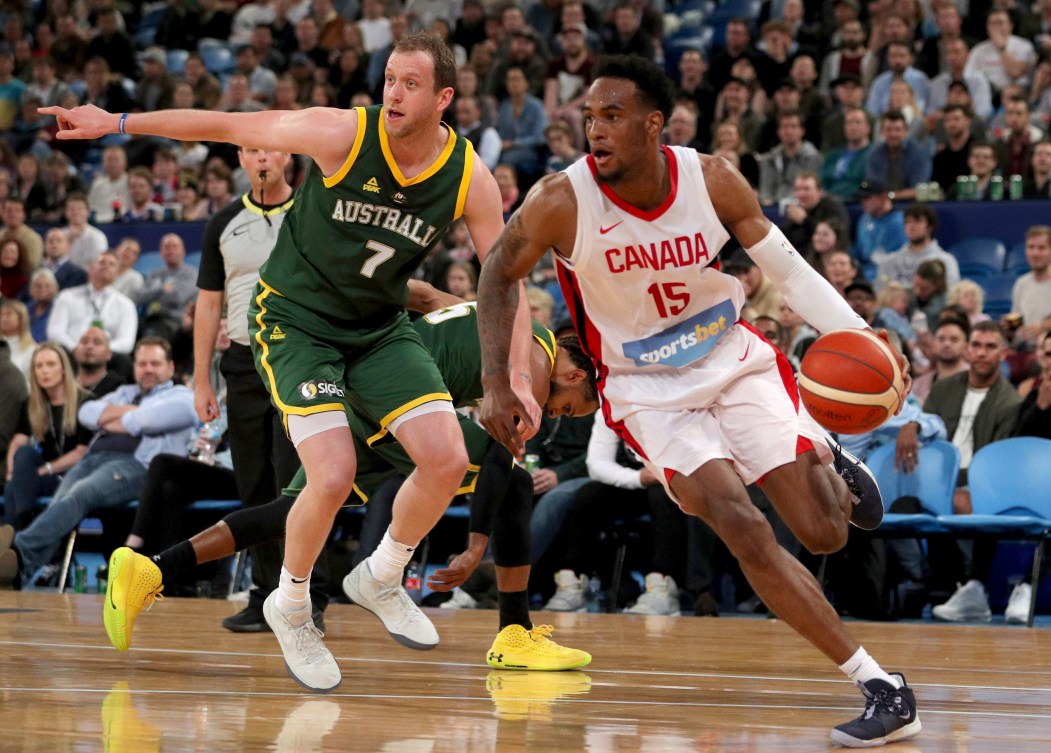 Here are fun facts about the World Cup and answers to some frequently asked questions:

When is Canada playing?

Canada is playing three games in the first round:

If Canada does not advance to the second round, they will play games for 17th-32nd classification.

Both the final and third place game will take place on September 15th.

For the full schedule visit the FIBA site.

Where is the World Cup?

Where can I watch the games?

How can Canada qualify for Tokyo 2020? 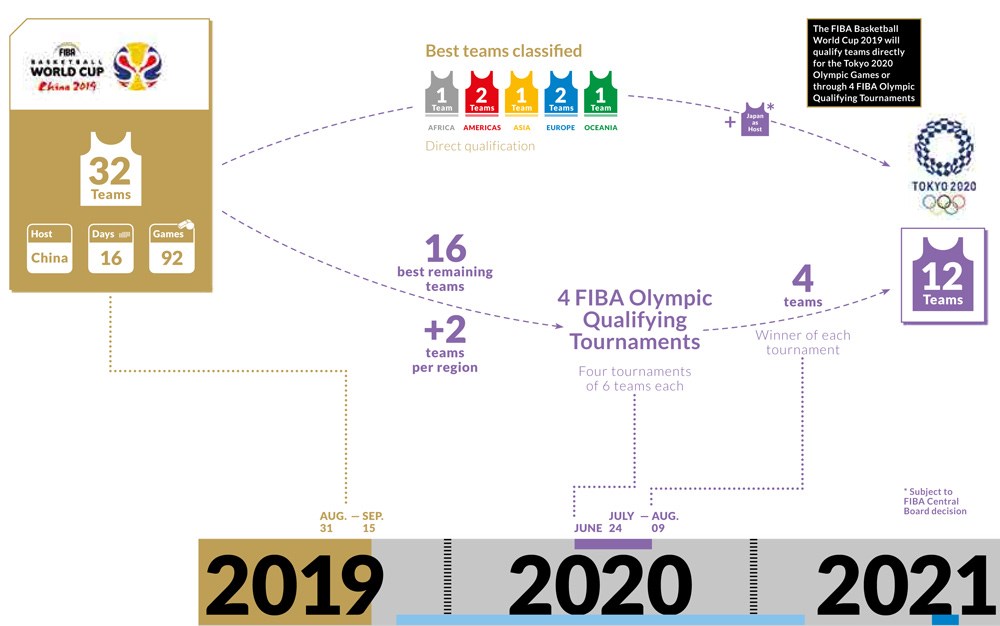 Canada must finish as one of the top two teams in the Americas in order to qualify for Tokyo. They have to beat out the United States, Argentina, Brazil, Dominican Republic, Puerto Rico and Venezuela.

If the men’s team doesn’t qualify from the World Cup, they could have one more chance at one of the 4 FIBA Olympic Qualifying Tournaments 2020. The participating countries will be the 16 best non-qualifying teams and an additional two teams from each of the of Africa, Americas, Asia (and Oceania), and Europe regions. There will be a total of 24 teams divided in 4 tournaments of 6 teams each.

How often is the World Cup held?

It is held every four years. Previously it was called the FIBA Basketball World Championship. In prior years, only the winner of the tournament qualified for the Olympic Games.

When was the last time Canada had a men’s team at the Olympics? 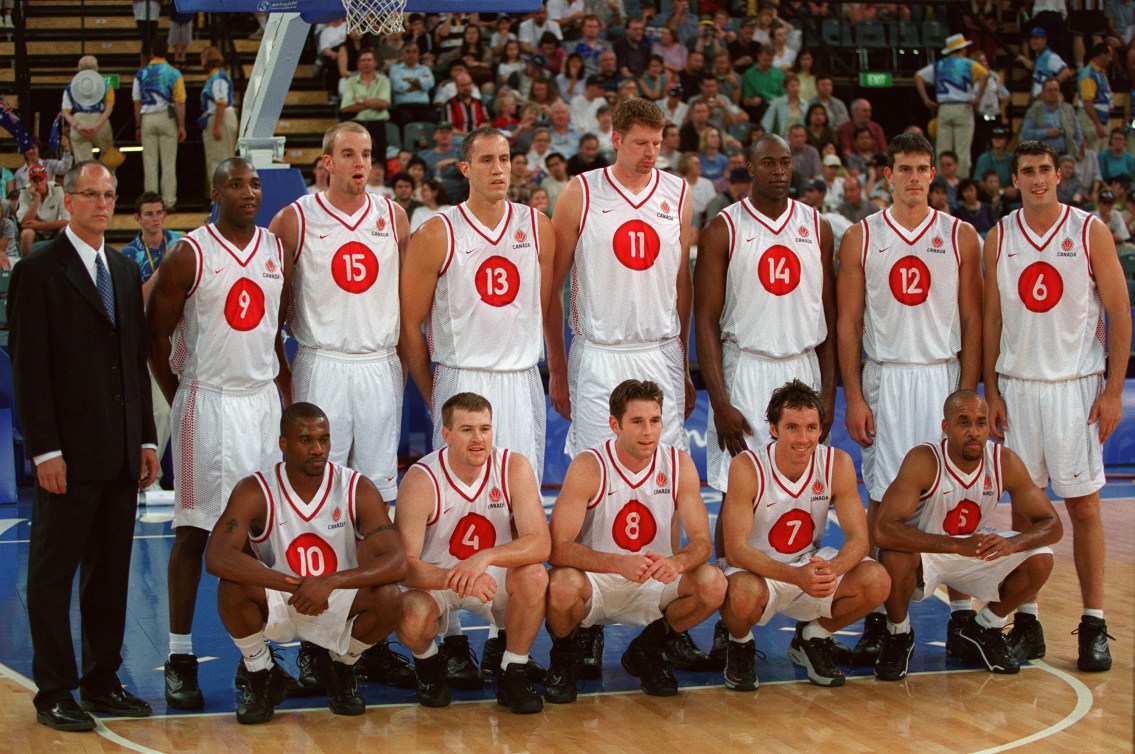 Sydney 2000 was the last Olympic Games that featured a Canadian men’s team. Canada was eliminated in the quarter-finals and finished in seventh place.

Are there any Olympians on the team?

There are no Olympians on the team. However, Melvin Ejim and Kyle Wiltjer represented Canada at the Toronto 2015 Pan Am Games.

Has Canada won any Olympic medals in basketball?

Canada has one basketball medal at the Olympics, a silver won by the men at the 1936 Olympic Games in Berlin.

Are FIBA rules the same as the NBA?

No, there are differences in the key, fouls, timeouts, quarter lengths, goaltending, and the biggest one – court size.

READ: What is the difference between NBA and FIBA basketball rules?

How many medals has Canada the FIBA Basketball World Cup?

Since the inaugural World Cup in 1950, Canada has not won a medal. Our best finish came in the 1978 and 1982 World Cups, where we finished in sixth place for both.