Here’s what people are saying about Bianca’s historic win

Here’s what people are saying about Bianca’s historic win 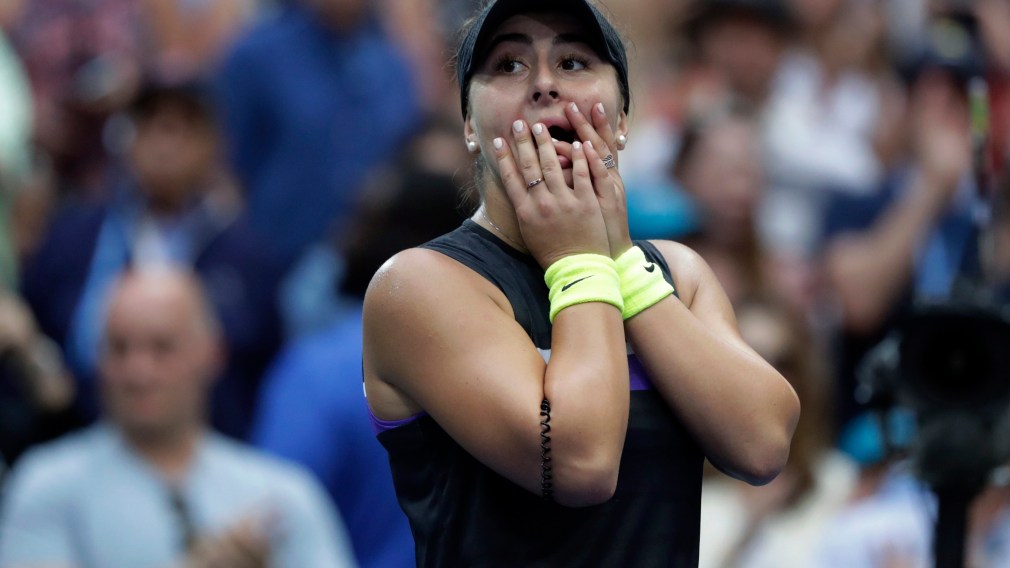 Her historic win had her fellow Team Canada athletes talking…

Holy Mackinaw!!! Such amazing support for Serena at Flushing Meadows… but you should hear the entire country explode north of the border. Congratulations @Bandreescu_ You’ve made history and we are so proud of you! #shethenorth

Yo @Bandreescu_ anytime you want to come take the #LouMarsh 🏆 I have it in Montreal.. its all yours now😊

I honestly think this is the best women’s grand slam final I’ve ever seen.

And some other champions, too…

She’s had the whole world in awe of her performance…

The Toronto sign will be lit in gold tonight to celebrate @BAndreescu_’s historic win at the #USOpen. Toronto is celebrating this victory and looking forward to a career filled with many more. #SheTheNorth pic.twitter.com/hjR5lTKslF

@Bandreescu_ 19 years old holy cow we get so many more years of watching you. congratulations!

Last year I saw Bianca so upset after losing first round qualifying in @usopen . This year she is the champion. Amazing what a year can do. One of the most resilient (and nicest) people I know @Bandreescu_ congrats girl ❤️

The sports world too…

When your hero becomes your fan.

Messages of congratulations pouring in for @Bandreescu_ after her #USOpen triumph. https://t.co/c4YFp9wooQ

Met Bianca over a yr ago when she was recovering from her injury. Doing her rehab and working to get back. Everyone struggles and experiences doubt. With every challenge, comes an opportunity. Adversity isn’t a bad thing. Keep chasing your dreams! @Bandreescu_ #SHETHENORTH🇨🇦

Over the last 2 years in majors, Serena Williams is 0-4 in finals and 33-2 in all other rounds. pic.twitter.com/e8gCpqBntp

Just incredible! Congratulations to 19-year-old @Bandreescu_ who is the first Canadian singles tennis player to advance to the #USOpen final. 🇨🇦

Tennis🎾 – Bianca Andreescu (@Bandreescu_ ) (19) is the first teenager to reach the US Open women's singles final since Caroline Wozniacki (19) lost to Kim Clijsters in 2009. #Andreescu #USOpen

Tennis🎾 – Women to reach the final in their US Open debut