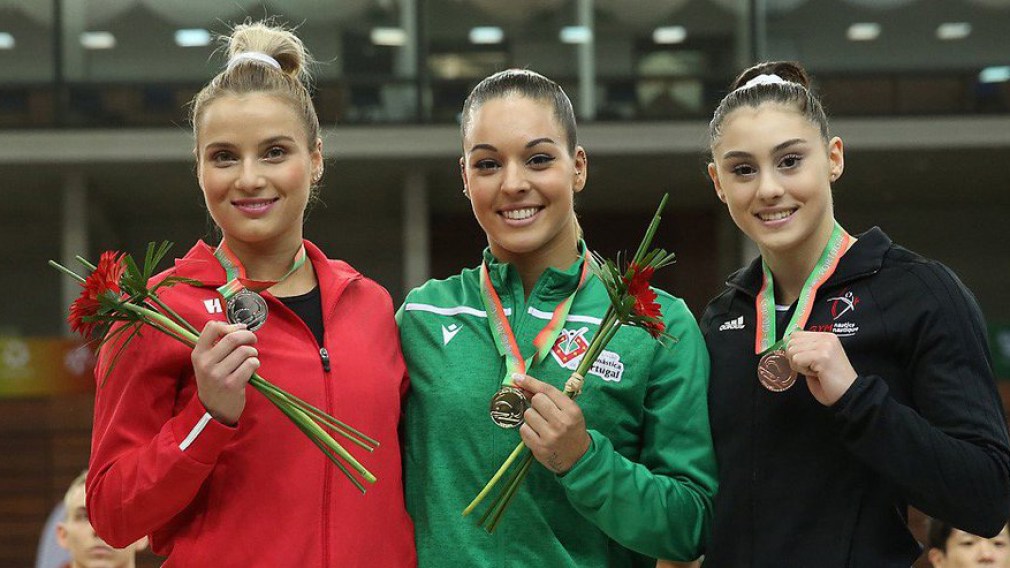 18-year-old Sophie Marois captured not one, but two medals at the FIG World Challenge Cup in Guimaraes, Portugal this weekend.

Her first podium finish came in vault, where she captured a bronze medal for her performance. She was joined on the podium by Paula Mejias of Puerto Rico who won the gold and Croatia’s Tijiana Tkalcec who claimed silver.

Her second medal of the weekend came in the beam event, where she secured another bronze medal. Ahead of her was Portugal’s Ana Filipa Martins Portugal who won gold in front of her home crowd and Croatian Ana Derek in second.

“It felt great to be back on the world stage after such a long time not competing,” Marois said following her double podium. “Being able to represent Canada is always an honour and a great feeling and it’s something I really missed doing. Here in Portugal I was just looking forward to being back on the competition floor and competing again.”

She added: “I was focusing on doing my routines like I do them in training and representing Canada the best that I can. My goal was to make some finals and hopefully be on the podium so I think I can say that I accomplished what I wanted by making three finals and placing third on vault and beam which I’m really happy about.”